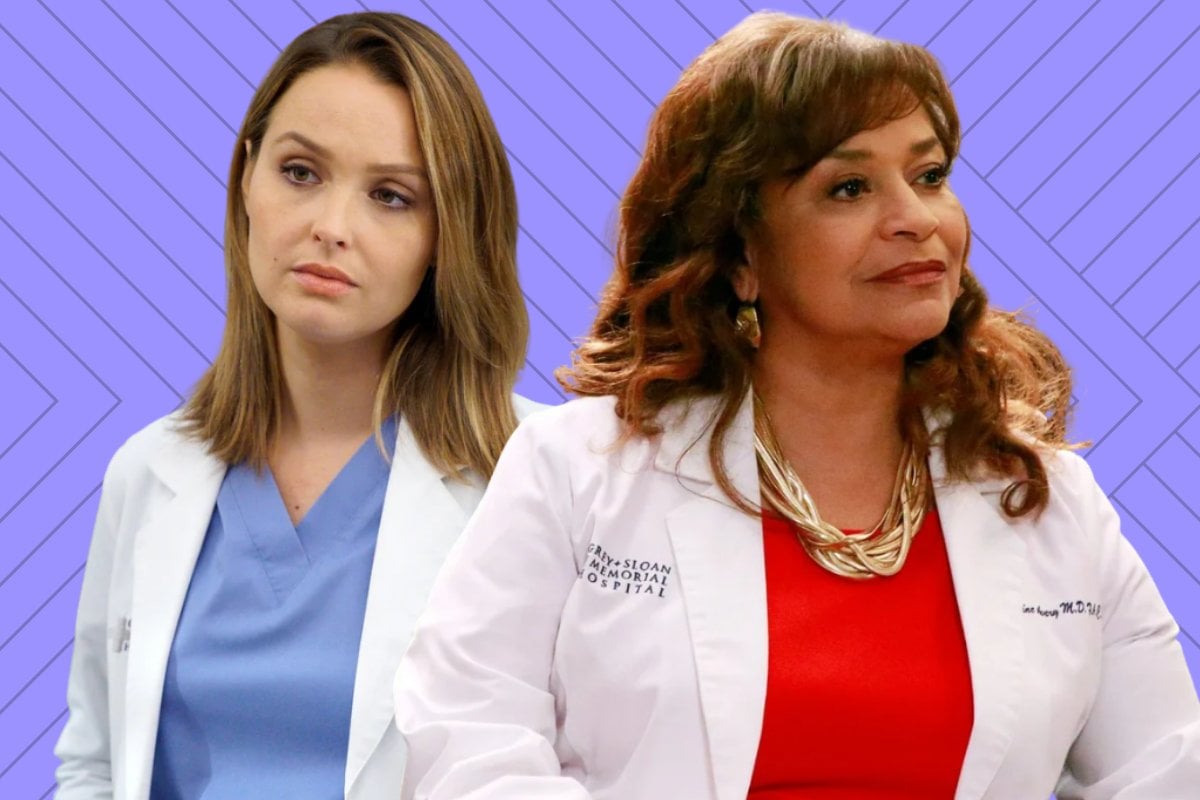 There's an episode in Grey's Anatomy's 15th season where Dr Catherine Avery is told that she has an aggressive form of cancer in her spine that will not respond to chemotherapy.

Her doctors don't know how to remove it without killing or paralysing her.

But they must. Dr Avery gives a big speech about all that she's survived: losing her parents and raising her sisters alone. So she might just survive this too, against the odds.

It's a rousing moment, that was, in part, inspired by the real life cancer of one of the Grey's Anatomy's writers. 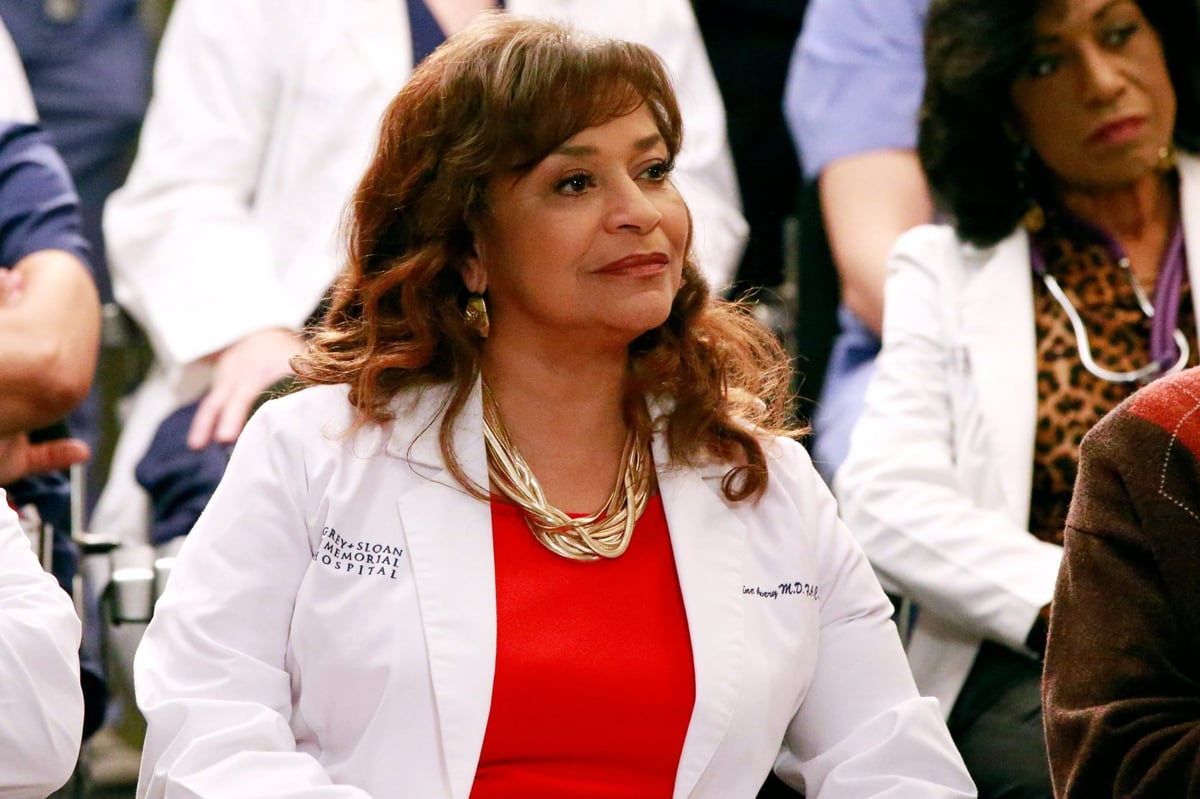 Or so everyone thought.

Throughout its 18-season, 17-year run, the on- and off-screen drama of Shonda Rhimes' medical drama has been a constant source of discussion. Storylines have included plane crashes, a hospital shooting and a patient with a bomb in their chest. In real life, the actors have been involved in plenty of scandals, from Katherine Heigl's supposed 'diva' behaviour to Isaiah Washington using slurs.

At this point, Grey's Anatomy and drama are practically synonymous.

But no one expected this latest development.

In March 2022, news broke that show writer Elisabeth Finch had been suspended and was being investigated, following allegations she'd lied about living with cancer.

Finch, 44, made her supposed experience with cancer central to her job. She wrote it into the series through the Dr Avery storyline and took the lead on other Grey's Anatomy cancer plotlines. She even wrote about her experiences as a patient and everything that came with that - including dismissive doctors, terminating a pregnancy during treatment and workplace abuse - for major publications, including The Hollywood Reporter and Elle. Her Elle columns have recently been removed from the publication's website.

For years, a ‘Grey’s Anatomy’ writer shared her personal traumas with friends and online, as she spun them into fodder for hit TV. But as an email to showrunners claimed, and as her colleagues began to realize, the stories weren’t her own. https://t.co/Pq5UmYHx0O

In an engrossing, unbelievable two-part investigation, Vanity Fair unravelled the tall tales of Finch, which involve plenty of previously unreported details. The story includes alleged trauma theft, faked illness and a strange suggestion that Anna Paquin, who she worked with on True Blood, "was to thank" for Finch's claimed kidney transplant (a source said the actor had nothing to do with "Finch's kidneys").

Finch's story fell apart when Jennifer Beyer, her almost ex-wife, sent an email to Grey's creator Rhimes. Ironically, Rhimes was coming off the press circuit for Inventing Anna at the time, the Netflix series she created about the now infamous con artist, Anna Delvey.

Finch began her career as a junior TV writer on True Blood, and moved onto The Vampire Diaries in 2012.

Shortly after, Finch told people she had been diagnosed with cancer.

Her mother had survived cancer when Finch was in college, so she had previously been tested for - and deemed to have - the BRCA gene, a mutation that means a much higher risk of developing breast cancer or ovarian cancer. Rather than those, however, Finch said she had a much rarer form of bone cancer called chondrosarcoma.

Finch had told friends her dream would be to write for Grey's Anatomy - a dream that soon came true. The Grey's writers' room was a tightknit space where 17 people would, for entire work days, churn over the highs and lows of their lives to fit the arcs of the show's large ensemble cast. 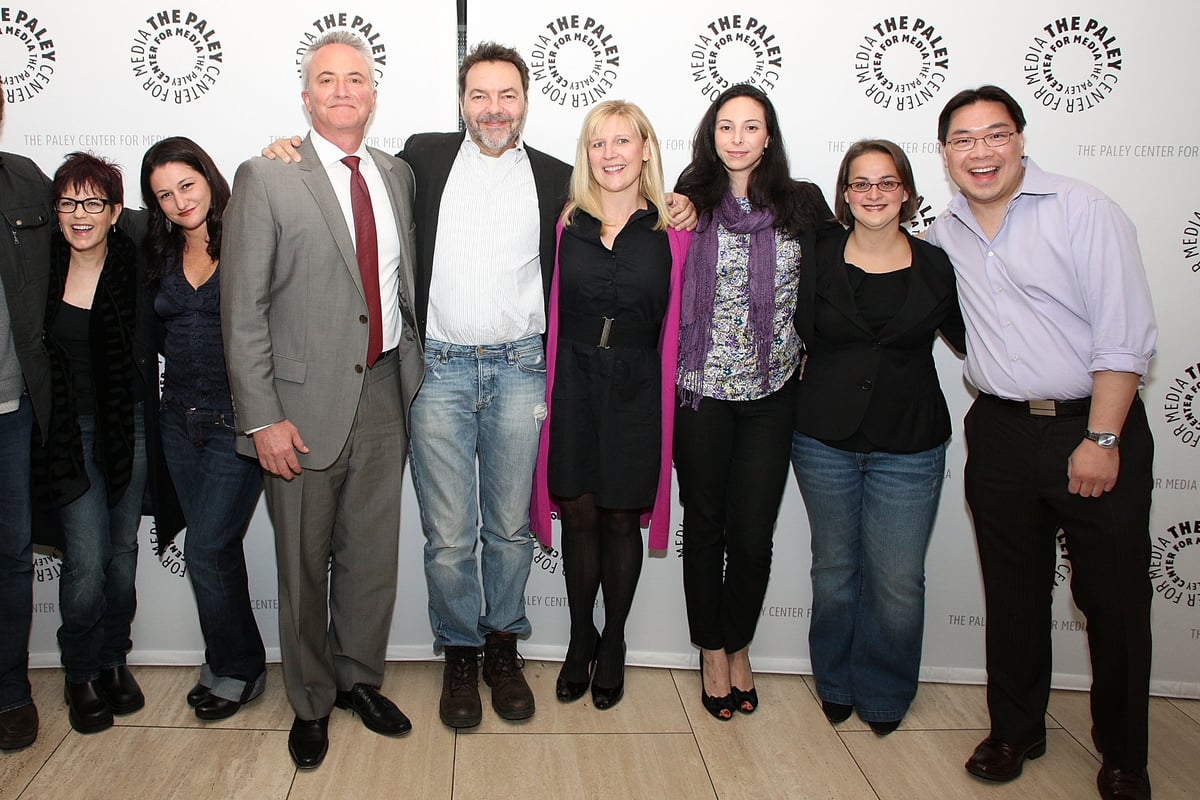 Former coworkers told Vanity Fair Finch seized cancer as a topic. There were two other survivors in the room, but Finch was the only one 'living with cancer now'.

And so, Finch took the lead - so much so, that one of the other cancer survivors stopped chiming in at all.

In an article for The Hollywood Reporter, Finch wrote about her decision to write her own story into the show.

"My initial reaction was to say no," she wrote. "Until I looked around the writers’ room and realised I was the only person who identified as a person with a disability."

She commandeered respect in the writers' room.

"When Finch had the floor, she was not to be interrupted, and took whatever time she needed drawing out her stories. Anyone else could lose their job for being such a room hog," Vanity Fair contributing editor Evgenia Peretz wrote.

"We all tolerated it because we thought she might be dying. These might be her final words," one writer is quoted as saying.

Finch spoke of significant trauma outside of her cancer experience too.

In October 2018, 11 people were killed in an antisemitic hate crime at the Tree of Life synagogue in Pittsburgh, Pennsylvania, the city where Finch went to college.

The next day, Finch allegedly began telling people a college friend was one of the victims. Later, she would tell the story of how she "helped clean up the remains of her friend's body from the synagogue floor" multiple times, including on social media.

On screen, Dr Avery survived her cancer and Finch turned her attention to another character, Dr Jo Wilson, who confronted her own past after meeting a patient who was a rape survivor. 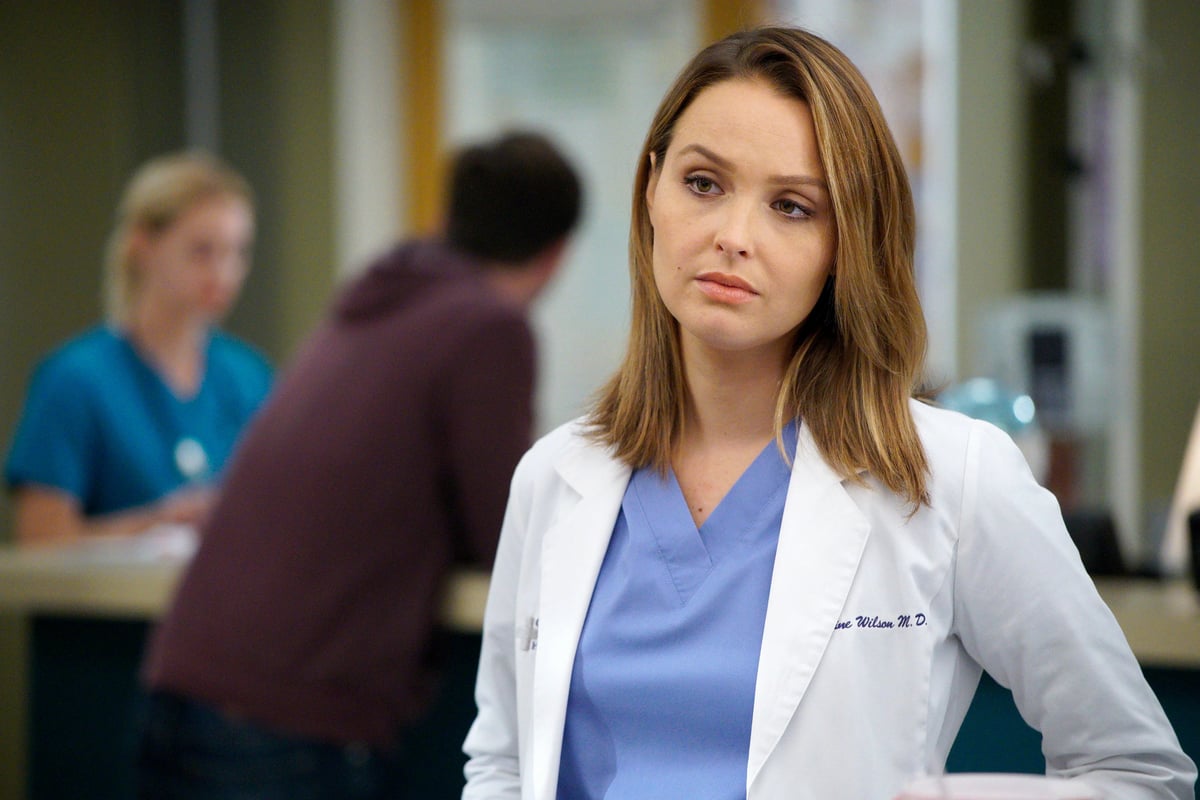 Soon, Finch told her employer she was suffering from PTSD from Pittsburgh. She took six weeks off and checked herself into a mental health clinic in Arizona - under the name Jo.

Here, she met Beyer, a nurse and mother-of-four suffering PTSD with disassociative episodes after an 18-year abusive marriage. Beyer documented their relationship to Vanity Fair, and it's also a deeply grim tale.

Finch supported Beyer through court battles with her ex-husband and dropped everything to return to Kansas with her when he died by suicide.

A couple of weeks later, Finch wrote an email to her Grey's colleagues announcing she would be back soon. "I've gone [because] my brother died by suicide," she told them.

Along the way, Beyer began suspecting that Finch was lying.

Firstly, when Finch complained of pain and Beyer forced her to the hospital, a doctor told Beyer her fiance's kidneys - plural - looked fine, though she'd claimed she had just one. Later, when scrolling Finch's Facebook page, she realised she had been out with friends on the day she'd supposedly been cleaning up her friend's body in Pittsburgh.

Some of Finch's cancer stories didn't make sense either: photos showed she lost her hair, but her eyebrows remained. Her bandages didn't look to be applied properly. She didn't have a port scar from chemo anywhere on her body.

After weeks of tiptoeing, Beyer confronted her then-wife who she said confessed to making up her health struggles and involvement in the Pittsburgh tragedy.

While her wife was away, Beyer watched a 2019 episode of Grey's Anatomy. On screen, she watched as the character, Jo, worked through her mental health with a therapist. Jo told her therapist about an abusive husband, and the therapist walked her through specific treatments, similar to Beyer's own experiences.

Throughout the next few months, Beyer and Finch attempted to save the relationship under one condition: that Finch told everyone about her lies.

She put this off for months, but Beyer said she eventually told friends, her parents and Beyer's children.

When Beyer continued to push her to tell her colleagues, Finch requested a divorce.

In February 2022, someone forwarded Beyer the email where Finch claimed her brother had died by suicide. After this, she emailed Rhimes directly. When she didn't hear back, she texted showrunner Krista Vernoff.

As rumours of Finch's lies spread, her Grey's Anatomy colleagues uncovered that her brother was very much alive and began to reevaluate everything they'd ever known about her.

Disney did not proceed with an investigation, as Finch agreed to a leave of absence.

On March 31, she said in a statement: "Grey's Anatomy is one big-hearted, brilliant family. As hard as it is to take some time away right now, I know it is more important that I focus on my own family and my health. I'm immensely grateful to Disney, ABC, and Shondaland for allowing me to do so and for supporting me through this very difficult time."

Through her lawyer, Finch has declined to speak about her divorce negotiations or disclose "her private health matters", according to a statement to The Hollywood Reporter.

Meanwhile, her friends, family, and colleagues are left grappling with the consequences of a story more soap-opery than anything they could've dreamed up in a writers' room.

But surely ShondaLand's next miniseries idea just fell in their lap.

Reply
Upvote
1 upvotes
I came here to make the same comments as Rush. I am a terminal cancer patient. What the wife noticed does not necessarily prove the writer didn’t have cancer. I lost all of my head hair but only a few eyebrow hairs, and retained most of my eyebrows. I also didn’t have a port for the first year of treatment, and some patients with good veins never get a port. Even if the bandages had been put on properly, The patient may take them off to scratch or because they are uncomfortable. Every cancer patient is different, we cannot all be judged by the same criteria.
M
mamamia-user-482898552 3 months ago