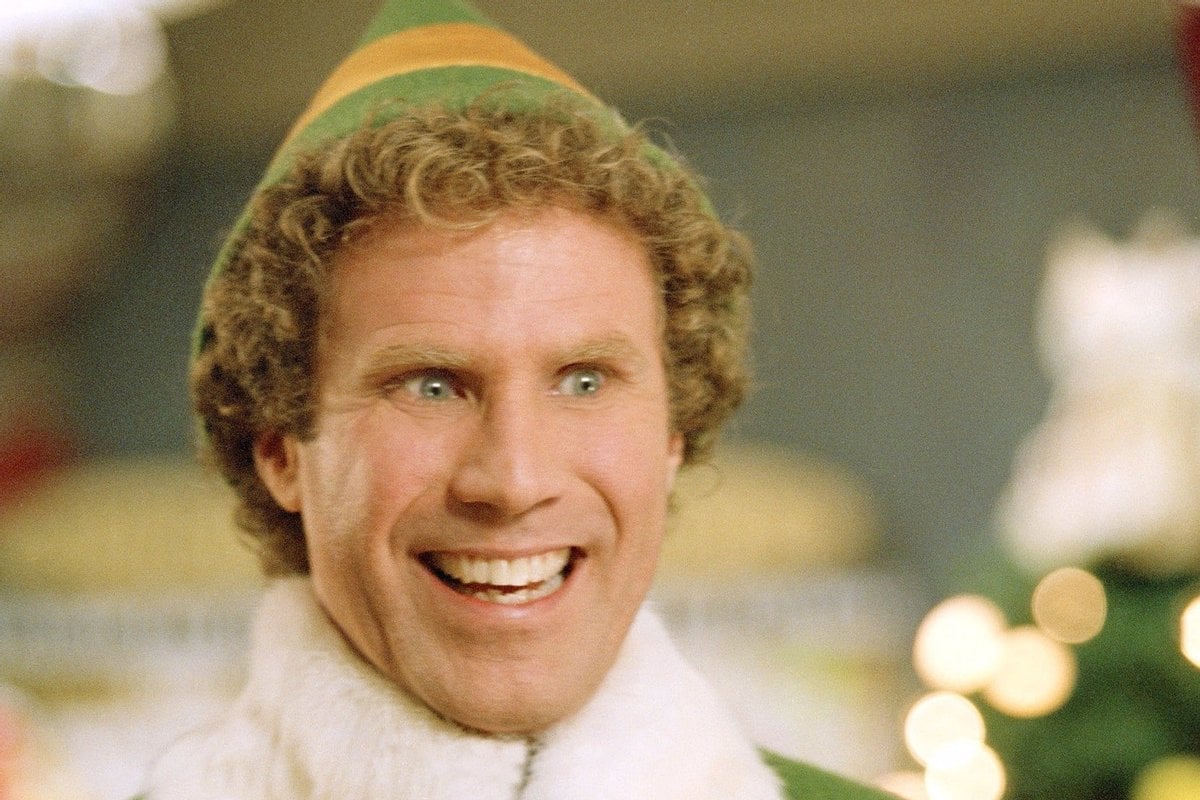 "The best way to spread Christmas cheer is singing loud for all to hear."

Seventeen years on from the release of Elf, the cast of the Christmas film, including Will Ferrell and Zooey Deschanel, have reunited.

The virtual reunion, which involved a live script reading of the 2003 film, was created to raise money for the Democratic Party of Georgia.

Watch the trailer for Elf below. Post continues after video.

During the reunion, Will Ferrell, who played Buddy the Elf, and Zooey Deschanel, who played Jovie, recreated their rendition of 'Baby, It's Cold Outside'.

The pair were joined by a range of actors during the virtual script reading, including John Lithgow, Wanda Sykes, Ed Helms, and Busy Phillips.

"Thank you to everyone who joined the livestream," Deschanel shared on Instagram.

"So excited we were able to reach our goal of over $400k. Loved reuniting with the cast and all our very special guests."

As we reminisce all things Elf, here are nine things you didn't know about the iconic Christmas movie.

1. Jim Carrey was originally up for the role of Buddy the Elf.

When the script for Elf first started circulating in 1993, Jim Carrey was reportedly lined up for the role of Buddy the Elf.

However, it wasn't until 10 years later that the project finally came to fruition.

Once production was put in motion, Carey had already moved on to pursue other movie offers, leading Saturday Night Live star Will Ferrell to take on the role.

2. Will Ferrell's reaction to the jack-in-the-boxes was genuine.

In the workshop at the North Pole, Buddy was put in charge of testing jack-in-the-boxes. (A frankly terrifying job).

According to the DVD commentary, Ferrell's reaction to the jack-in-the-boxes was genuine.

One of the crew members had a remote control to trigger the last one he tested, meaning his fear was genuine. 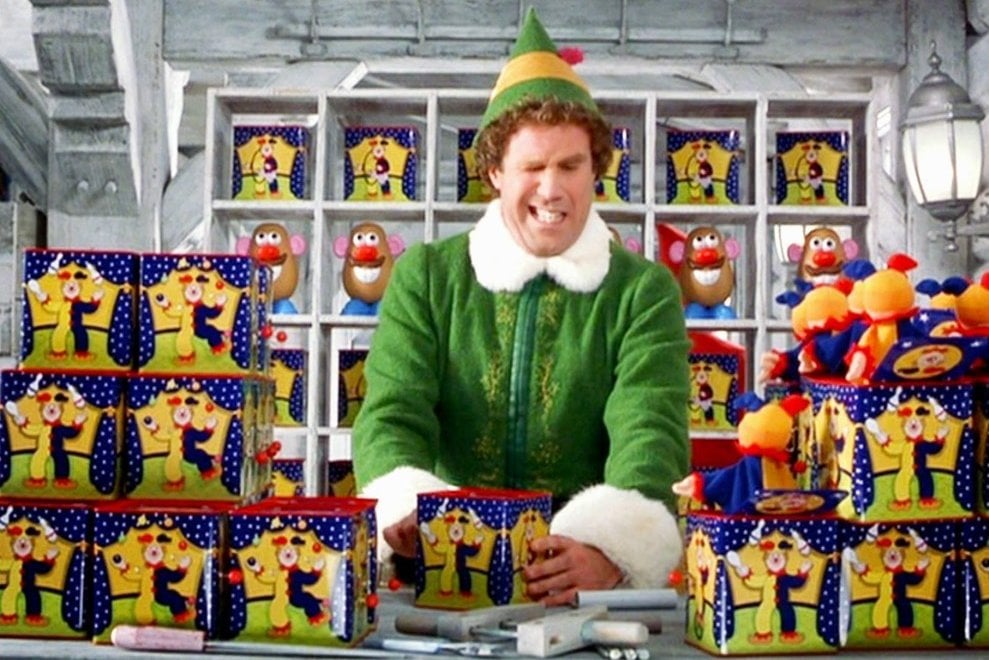 Maurice LaMarche, who is best known as the voice of Brain from American animated series, Pinky and the Brain, recorded the burp.

"I’ve always been able to do this weird effect, where I turn my tongue, not inside out, but almost," LaMarche explained, according to The Mirror.

"I create a huge echo chamber with my tongue and my cheeks, and by doing a deep, almost Tuvan rasp in my throat, and bouncing it around off this echo chamber, I create something that sounds very much like a sustained deep burp."

4. Buddy the Elf stopped a lot of traffic.

Unsurprisingly, Buddy the Elf stopped a lot of traffic when he was filming in public.

In fact, during the scene where Buddy walks through the Lincoln Tunnel in his costume, Ferrell reportedly caused a few minor accidents. 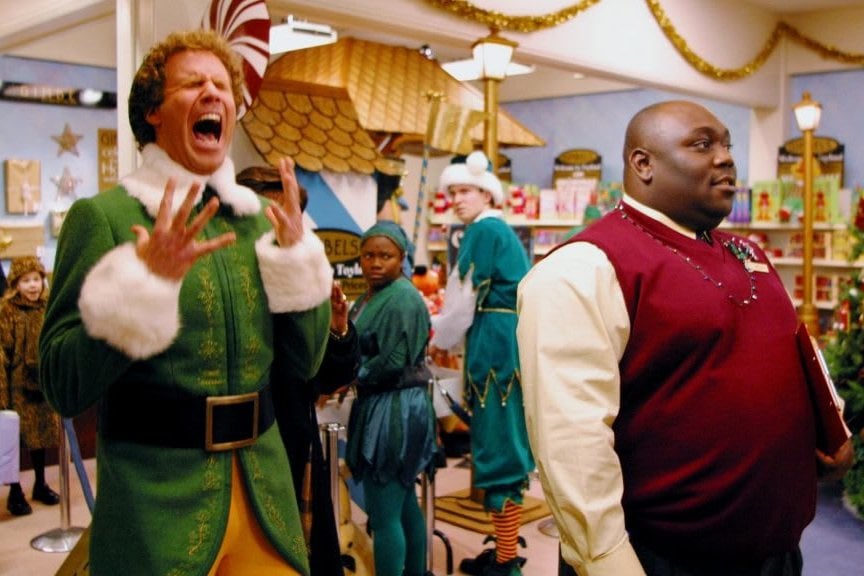 5. Will Ferrell killed the idea of a sequel.

We're sorry to break it to you, but Will Ferrell turned down a rumoured $29 million to appear in the sequel.

"I never liked it – $29m does seem a lot of money for a guy to wear tights, but it's what the marketplace will bear."

The actor added that he didn't want to just do the role for the money.

"I remember asking myself: could I withstand the criticism when it's bad and they say, 'He did the sequel for the money?' I decided I wouldn't be able to. I didn't want to wander into an area that could erase all the good work I've done – but you watch, I'll do some sequel in the future that's crap."

He later told People: "I just think it would look slightly pathetic if I tried to squeeze back in the elf tights: Buddy the middle-aged Elf."

At the North Pole, Buddy the Elf looks like a giant compared to the elves around him.

The sets for the North Pole were also built for perspective to allow Buddy to seem much taller than his counterparts. 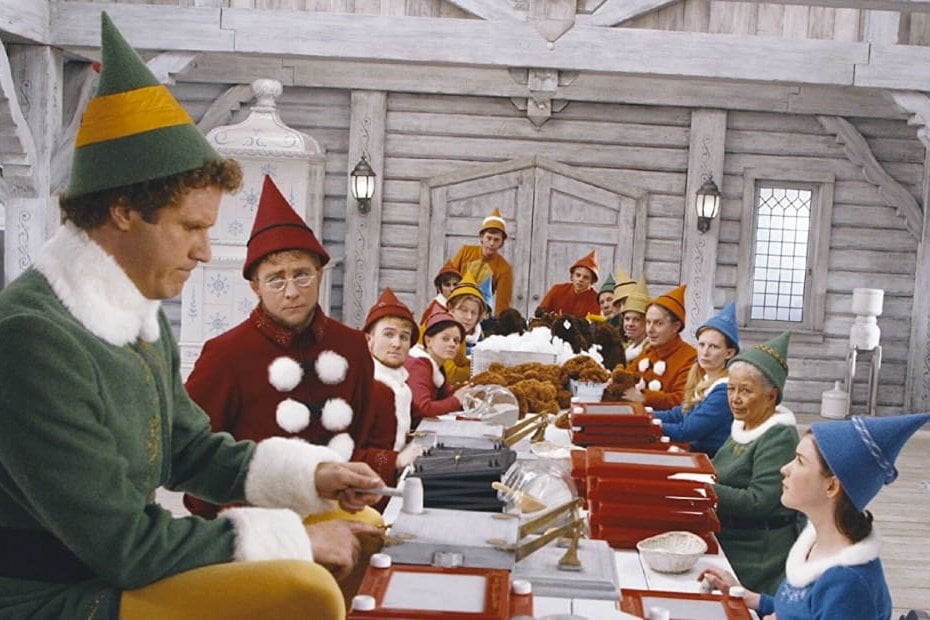 7. Music was added after Zooey Deschanel was added to the cast.

The 'Baby, It's Cold Outside' duet was one of the most iconic scenes from Elf. But it wasn't always going to appear in the film.

"I remember Jon Favreau telling me that they were catering it to whoever played the part," Deschanel previously told Entertainment Weekly.

"One actress they were looking at was good at skateboarding. But I had a cabaret act at the time and I was performing a lot. They knew that I was a singer, so they put that in to be my special thing that he could discover I was good at."

Deschanel later covered the famous Christmas song once again on her band She & Him's third album, A Very She & Him Christmas. 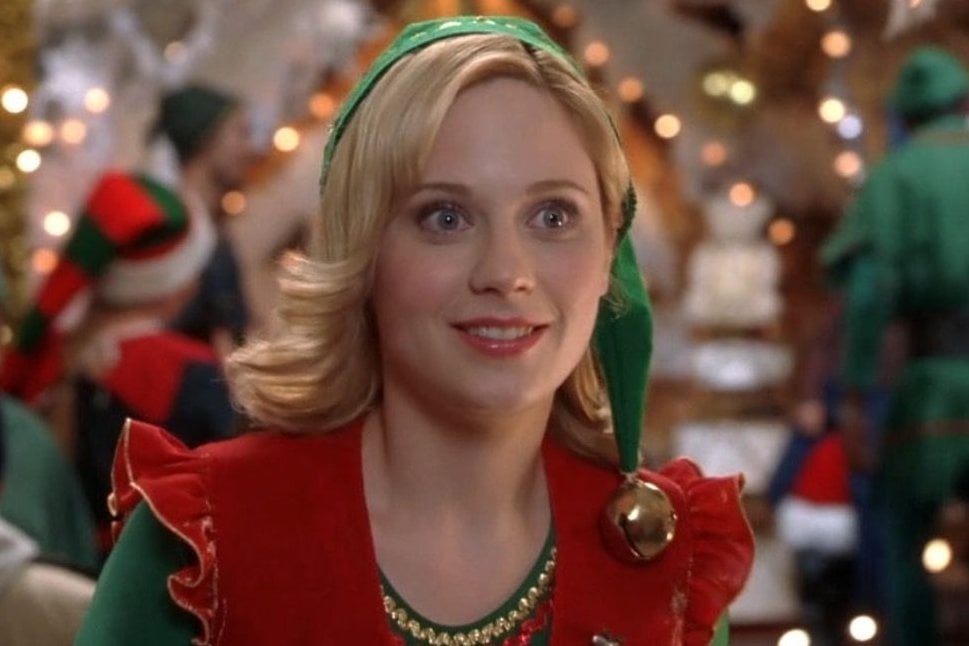 8. The sugar consumption was... exhausting.

In one scene, he even assembles a plate of breakfast consisting of spaghetti, chocolate, marshmallows and maple syrup.

But for Will Ferrell, the endless sugar consumption took a toll. During filming, Ferrell struggled to sleep and had frequent headaches.

"I ingested a lot of sugar in this movie and I didn't get a lot of sleep. I constantly stayed up. But anything for the movie, I'm there," he joked.

"If it takes eating a lot of maple syrup, then I will – if that's what the job calls for." 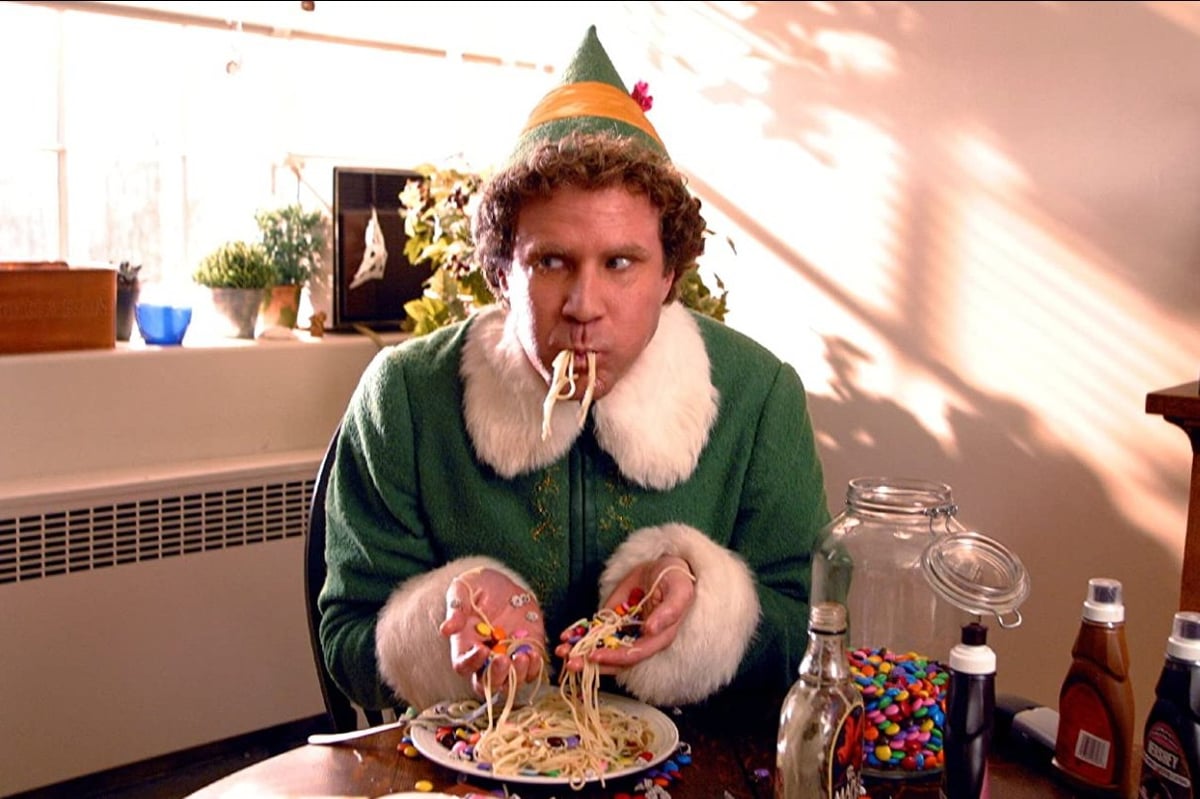 9. The subtle cameos you may have missed.

Peter Billingsley, who played Ralphie in A Christmas Story, had a brief cameo in Elf.

Although he wasn't credited, Billingsley appeared in the film as Ming the Elf. 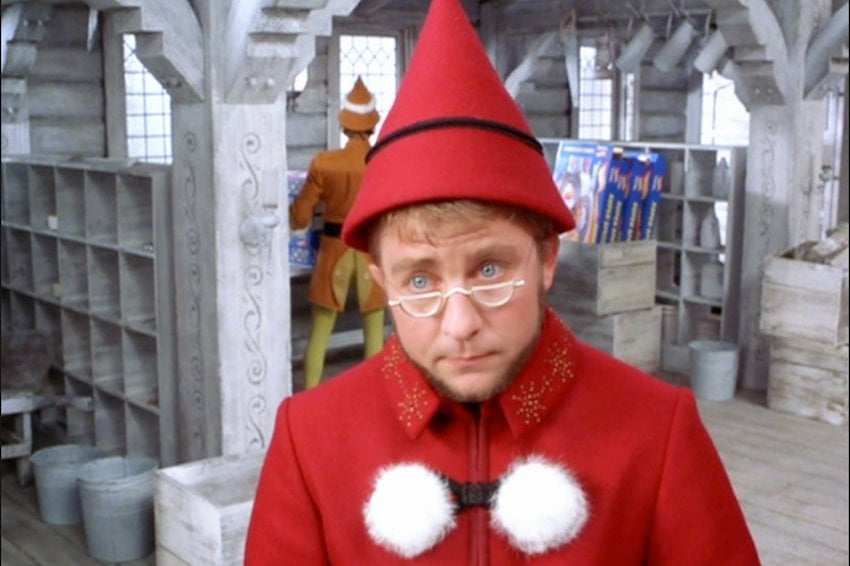 Director Jon Favreau also had a few small cameos in the film. He plays a doctor and voices some stop-animation characters.