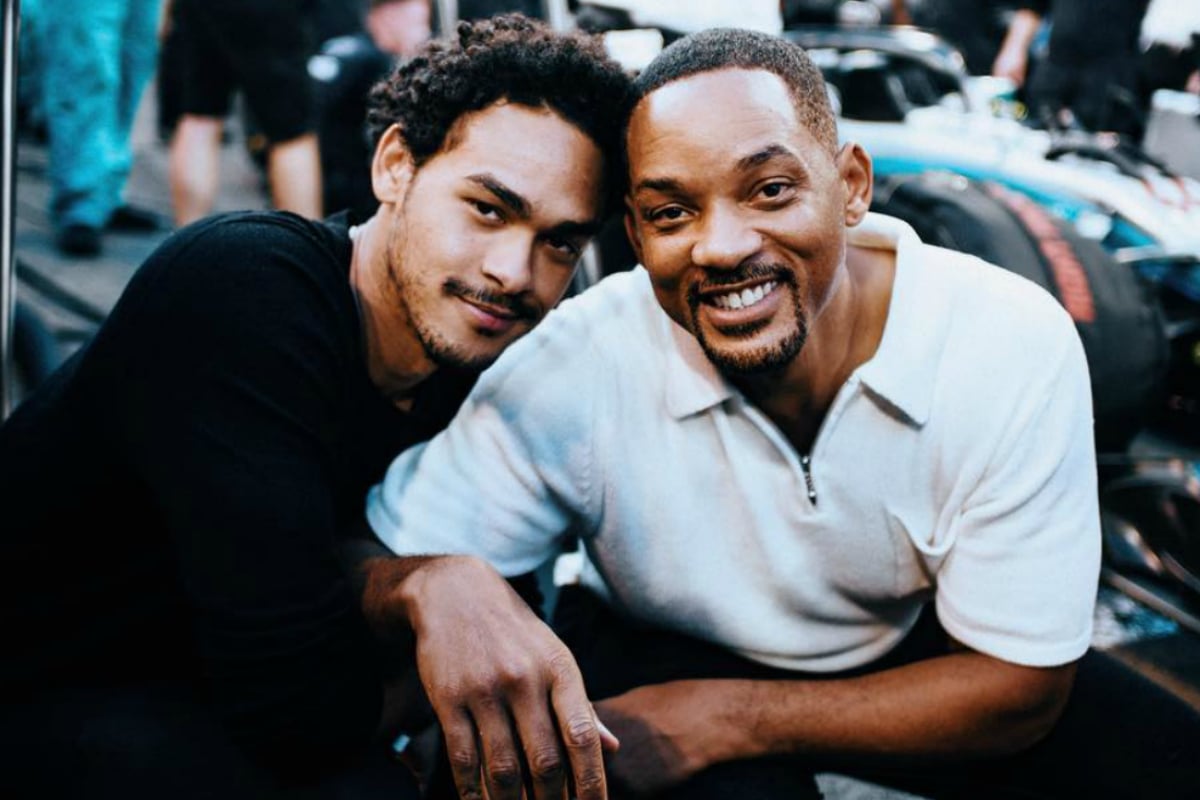 Will Smith’s family is one of the most famous in the world. Along with his wife, Jada Pinkett-Smith, and their children, Jaden and Willow, who are stars in their own right, the four have enjoyed worldwide fame.

So you may be surprised that Will Smith has another son; his eldest, Trey Smith.

The two divorced in 1995, when Trey was just three years old.

Will and Jada-Pinkett Smith began dating the same year, and they married in 1997 before having two children together: Jaden, now 21, and Willow, 18.

Although Smith and his three children can regularly be seen together now, it hasn’t always been as amicable.

Side note – Should Will Smith and Jada Pinkett-Smith have to “come out”? Post continues after video.

We were first introduced to Trey when he was just five-years-old, starring in his father’s music video for “Just The Two of Us”.

“Now Dad, this is a very sensitive subject…” he adorably says in the music video.

Earlier this year in an episode of Will’s ‘Bucket List‘ Facebook Watch show, the actor reflected on his challenges with Trey early on his eldest son’s life.

“This relationship with Trey is brand new,” he admitted. “When you get divorced and then start another family, that had effects on Trey that we’re still healing and overcoming. Really in the last two years has there been enough wisdom and emotional development to be able to lovingly address the issues.

He continued: "You cannot get around spending time if you want to build love. It's something I failed at for most of Trey's life, but I'm going to dedicate the rest of my life to making up for it."

The video came after Smith shared with his Instagram followers in November last year that the two are now "best friends".

"It has not always been like this between Trey and I. We struggled for years after my divorce from his mother. He felt betrayed and abandoned."

"It is a wild blessing to recover and restore a loving relationship with my beautiful son!"

It has not always been like this between Trey & I. We STRUGGLED FOR YEARS after my Divorce from his Mother. He felt betrayed & abandoned. It is a Wild Blessing to recover & restore a Loving Relationship with My Beautiful Son! @treysmith0011

The 26-year-old is now an accomplished DJ and electronic music producer, who performs under the stage name AcE.

In 2012, Willow, Jaden and Trey released a song together called "Find You Somewhere", with Jada Pinkett-Smith the music video director. Trey was also the music producer for one of Willow Smith's songs, called "Why Don't You Cry".

He often plays gigs at night clubs in America with his more successful songs being "Cocoa" and "Collection".

Obviously inheriting the talented genes in his family, Trey apparently had the option to become a football star. He was a gifted athlete when he attended Oaks Christian High School and was offered scholarships to pursue the sport on a professional level, but turned it down to achieve his DJ dreams.

Although he is lesser known than the rest of his family, Trey boasts over 700,000 followers on Instagram and his feed is filled with photos of him with his parents and siblings.