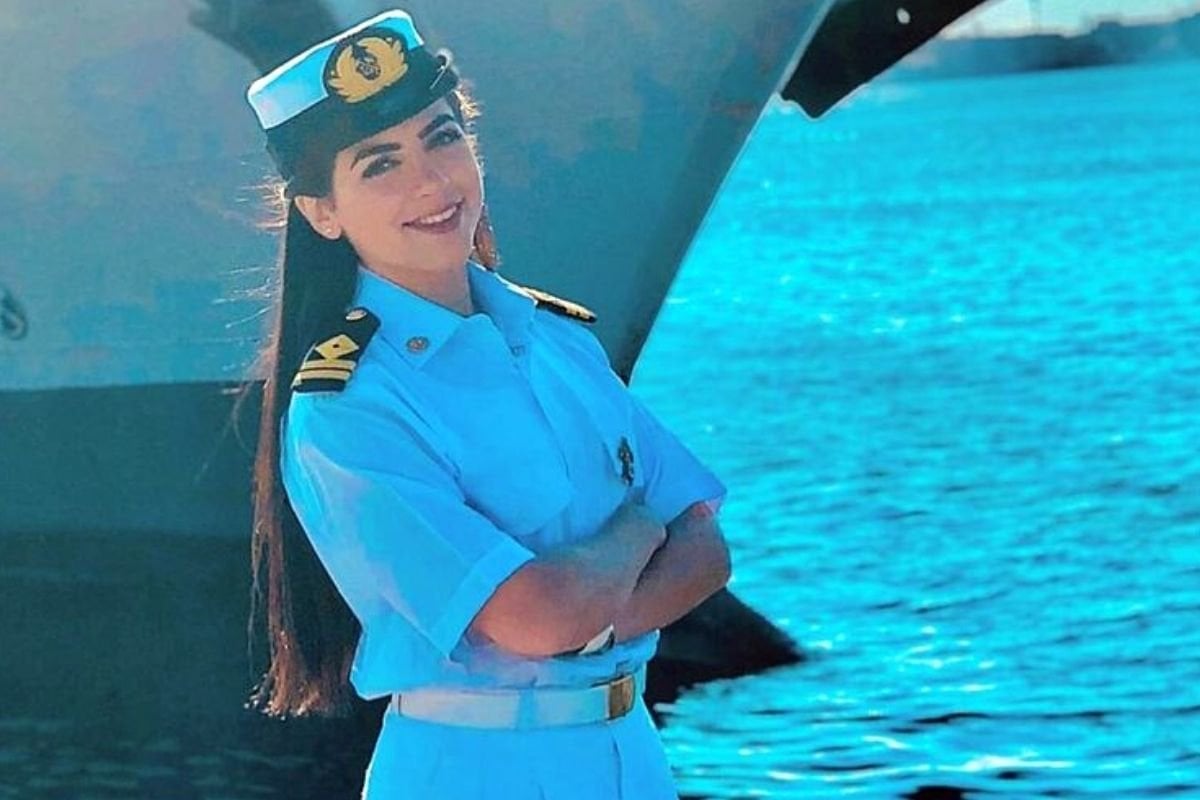 Marwa Elselehdar is no stranger to sexism.

In 2015, she became Egypt's first female sea captain at the age of 24. But the now 29-year-old has never stopped fighting against a male-dominated industry and her conservative Arab country's perceptions.

But in March this year the sexist taunts reached a new level.

Marwa found herself being blamed for the blockage of one of the world's busiest shipping routes, despite having nothing to do with it.

Watch: The Ever Given ship's blockage of the Suez Canal made headlines around the world. Post continues after video.

Ever since she was a little girl, Marwa has loved the sea. So when her brother joined the merchant navy, she decided to apply as well.

She was granted permission to join, eventually, after a legal review by Egypt's then-President Hosni Mubarak. After graduating, Marwa rose to the rank of first mate, and became the youngest and first female Egyptian captain, navigating the first ever vessel through the newly-expanded Suez Canal.

But that was only the start of the prejudice. As she told the BBC, the sexism has continued "at every turn".

"Onboard, they were all older men with different mentalities... It was challenging to go through this alone and be able to overcome it without affecting my mental health. People in our society still don't accept the idea of girls working in the sea away from their families for a long time. But when you do what you love, it is not necessary for you to seek the approval of everyone."

But when news broke on March 23, 2021, that a huge container ship had become wedged across the Suez Canal, Marwa was working on a ship 370km away in Alexandria.

Despite having absolutely nothing to do with the canal blockage, her name started trending. As she checked her phone, online rumours started gaining traction claiming she was to blame for the debacle.

"I was shocked," she told the BBC.

"I felt that I might be targeted maybe because I'm a successful female in this field or because I'm Egyptian, but I'm not sure," she said.

She worked out that the rumours were spurred on by screenshots of a fake news headline that had been doctored. It quickly gained traction on both Twitter and Facebook.

"This fake article was in English so it spread in other countries," she said. "I tried so hard to negate what was in the article because it was affecting my reputation and all the efforts I exerted to be where I am now."

In November 2020, Marwa wrote a detailed caption on Instagram, giving a small insight into a career built amongst a torrent of adversity.

"Sometimes, in order to reach your goal, you may face a lot of consequences, and people may not help you, and you may lose your energy due to the pressures around you, but you have to work harder and think that after all this fatigue, there is a sweet need, and you will forget all this pain and you will think that it is an experience that I learned from and you will do better for your next goal. Never let anything put you down be a fighter lose and win and don’t forget to enjoy every moment."

Today, women represent only two per cent of the world's 1.2 million seafarers, according to the International Maritime Organisation.

Add to that the fact that Egypt ranked 134 out of 153 in the 2020 Global Gender Gap Index, which ranks countries based on the severity of inequality in the world.

Instead of bringing Marwa down, the 'trolls' who attempted to destroy her reputation have managed to do just the opposite, with the young captain inundated with support from around the world.

"My message to females who want to be in the maritime field is fight for what you love and not let any negativity affect you," she told the BBC.