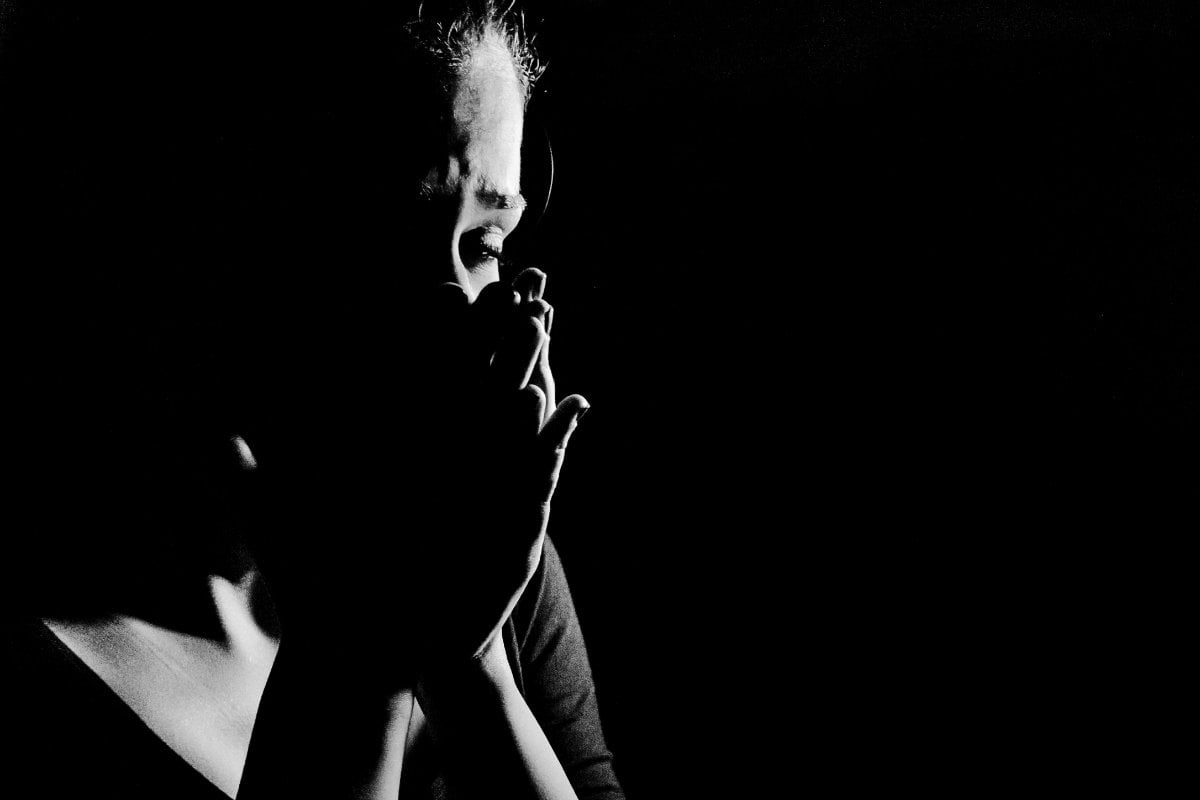 Jennifer* is a mother in grief, a parent left questioning what may have become of her youngest daughter, Emily.

"She was always just extraordinary," Jennifer tells Mamamia. "When she was in early primary school, a kindergarten teacher said to me, 'I've never met a kid with so much love inside her.'

"That's what she was like; just so open and so bright... and fearless. She just saw everybody as a friend until they showed her otherwise."

The little girl she is grieving is now a woman. Twenty-one years old, working and living with her partner a few hours' drive away from her family.

She's strong, Jennifer says, and resilient, and extraordinary still in many ways. But that bright, open spirit has been gone for almost a decade now.

Watch: Hey Dad! actor Sarah Monahan talks about the fallout from disclosing that she was abused by her on-screen father. Post continues below.

At the age of 12, Emily was groomed and sexually assaulted by her friend's father.

"It changed her soul, changed the absolute essence of who she is," Jennifer says. "Now she just wants to be left alone. She just wants to live a low-key life and not be on anyone's radar."

What that predator did to Emily changed not only her but the entire family in utterly unexpected ways. And, as Jennifer is coming to realise, it will keep changing them.

The moment that saved Emily.

Emily was one of three girls targeted by the same predator over the course of nine months. All were friends of his daughter.

They'd gather at his house often for dinners, sleepovers, to watch movies and do homework.

Jennifer concedes that, at the time, it felt like a reprieve.

Since starting high school and falling in with the group, Emily had been acting out. There had been phone calls from the school about her rude behaviour, even a suspension.

"She had turned into this horrible kid, whose company we didn't really enjoy much at that stage," Jennifer says.

With hindsight, Jennifer can't help but wonder what part of that behaviour was adolescence and peer pressure, and what part was a symptom of what was happening in that house.

The three girls each endured multiple, as the courts delicately put it, "acts of indecency" including groping, simulated sex acts and propositioning. It was all cushioned by grooming tactics that helped the predator establish loyalty and desensitised them to his offending, including physical affection, highly sexualised talk and exposure to pornography.

"Everything was a joke. And, you know, at 12 you don't have the judgment," Jennifer says. "So he'd joke around and slap them on the bottom, or there'd be stray fingers across their boobs and tickling and wrestling.

"[He'd say], 'You know how much I love you and I'd always look after you like one of the family.'... So Emily certainly had a real level of loyalty to him."

But Jennifer knew nothing of this, or any of the abuse, until one afternoon when police flashed their badges on her doorstep. Her husband was at work.

"They came in, and I sat down, and the police officer said, 'I'm a mum, too. And I hate having to tell you this, but Emily has been touched inappropriately by a friend's father.' And she then went on to tell me exactly what he'd done," Jennifer says.

"I threw up in my kitchen sink."

One of the other girls had disclosed to authorities, who in turn, went to Emily's school to interview her.

At the time this all unfolded, Jennifer was a domestic violence worker.

"[The police] were talking, but in my head, I was making a case plan," she said. "I knew what resources were available to us. I thought I knew what was effective and what wasn't. I had an endpoint. [I was thinking] 'We'll go through the step by step, and then it'll be over.'"

The immediate steps were some of the hardest: phoning her husband, the person to whom the bright, open Emily had once been closest; and then picking up their girl that day.

"We just didn't know what to do with ourselves. So we went shopping," Jennifer says. "I've still got a jumper I bought that day, and I think we bought her some school socks then sat down and had an ice-cream.

"She said, 'Oh, does this mean I've been molested?' I remember not knowing how to answer that... But her biggest fear through the whole thing was that [her friend, the abuser's daughter] was going to be mad with her; she didn't want [the friend] to know that she said anything."

The next step — the protracted court case — brought more challenges. Both Emily and Jennifer had to endure the harrowing ordeal of giving testimony.

At one point in the process, Emily made an attempt on her life.

Hey Dad! actor Sarah Monahan talks about what it was like blowing the whistle on her childhood abuser and on-screen father. Post continues below.

The predator was ultimately found guilty on all charges — a rare event in this country.

The recent Royal Commission into Institutional Responses to Child Sexual Abuse heard that in 2015-16, for example, just 142 child sexual abuse matters were finalised at a defended hearing, with a conviction in 47 per cent of those cases.

Emily's dad was the one to deliver the news of their victory.

"Being able to tell her, it was really special for him," Jennifer says. "Making her understand that she was believed by all these people, all 12 of them — people who didn't know her. And they didn't just sort of believe her, they believed her beyond any doubt.

"That was huge. It saved her. If we had to go home and tell her it was 'not guilty', we wouldn't still have her."

The verdict and the predator's sentencing were the final step in Jennifer's plan. But as the years have passed they've encountered others; some steep, all unexpected.

"My husband and I are close, we have a close and loving relationship with our girls. We've moved on to a huge, huge extent. But we think about it every day," she says. "And it comes up once every three months, for one reason or another. It's not right there in your face every day, but it's always there."

It's there in lingering memories of a conversation with her husband, in which they dismissed feelings of unease about the man and convinced themselves the girls were safe in a group.
It's there in the anger she can sense simmering within him.
It's there in the hobbies he once shared with Emily and now performs alone.
It's there in the physical distance Emily put between herself and their town.
And it's there in their relationship with their other daughter, Jess, who they suspect felt ignored and lost in the chaos of what happened.

Jess is expecting her first child, and Jennifer is bracing for what that may stir up.

"Before I had my children, I didn't know love like that existed. The biggest surprise I've ever had was the fact that without hesitation, without even thinking about it, I would give my life for this child. Jess is gonna be hit with that when her baby comes, and I know she's going to look at me differently," Jennifer says.

"She's going to become a mum, and she's going to realise how absolutely sh*tful hers was. She's going to look at me and go, 'How did you let that happen to [my sister]? Why weren't you paying attention? Why didn't you watch?'

"So outwardly, I'm saying, 'Oh, my God, this is so exciting!' And inside I'm thinking, 'This is the beginning of my daughter not thinking much of me as a mum.'"

Jess is adamant her baby will be her one and only. Her parents can't help but wonder if that decision is, at least in part, a reaction to it all.

"She told me, '[The baby] is always going to be my focus, and she's never going to feel like she's not important,'" Jennifer says.

"I've said, 'Oh, you won't change your mind?' And she said, 'No, Mum, this will be the only grandchild you'll get out of me.' And that's something that my husband and I have talked about, and we're both really sad about that. That this far down the track, this arsehole who just destroyed our lives is dictating how many children Jess has."

Though her anger lies with him, Jennifer uses words like "deserve" and "fault" liberally when talking about what happened. Not about Emily — never about Emily — but about herself.

"All the people around me won't accept my part in it. [They say] 'You didn't know. It's not your fault. You were always a good mum. You were always there. Pedophiles are just so manipulative,' and all of that. And I know that all of that is true," she says.

"We failed. And you can dress it up however you like, but that's the truth of the matter. And I guess I wish someone would acknowledge that, you know?

"It was my responsibility — mine and my husband's — and we got it wrong."

Asked why she wants that acknowledgement, how it would help, she searches for an answer.

"[Emily] has shown me that she's angry with me in a number of different ways. But she's never said to me, 'It's your fault.'... She has a lot of self-hatred, because I think, on some level as well, she thinks that she let it happen because she was groomed."

There's a beat, then she settles on it.

"I'd rather she blamed me than blamed herself."

And so the steps keep climbing...

If your child or someone you know has disclosed sexual abuse, please contact Bravehearts on 1800 272 831. They will be able to provide you with support and advice about how to proceed to protect and support your loved one.

If you're under the age of 25 and need someone to talk to, the counsellors at Kids Helpline are available 24 hours a day. Call 1800 55 1800 or visit the website to chat online.

If you are experiencing thoughts of self-harm or otherwise struggling with your mental health, call Lifeline on 13 11 14.