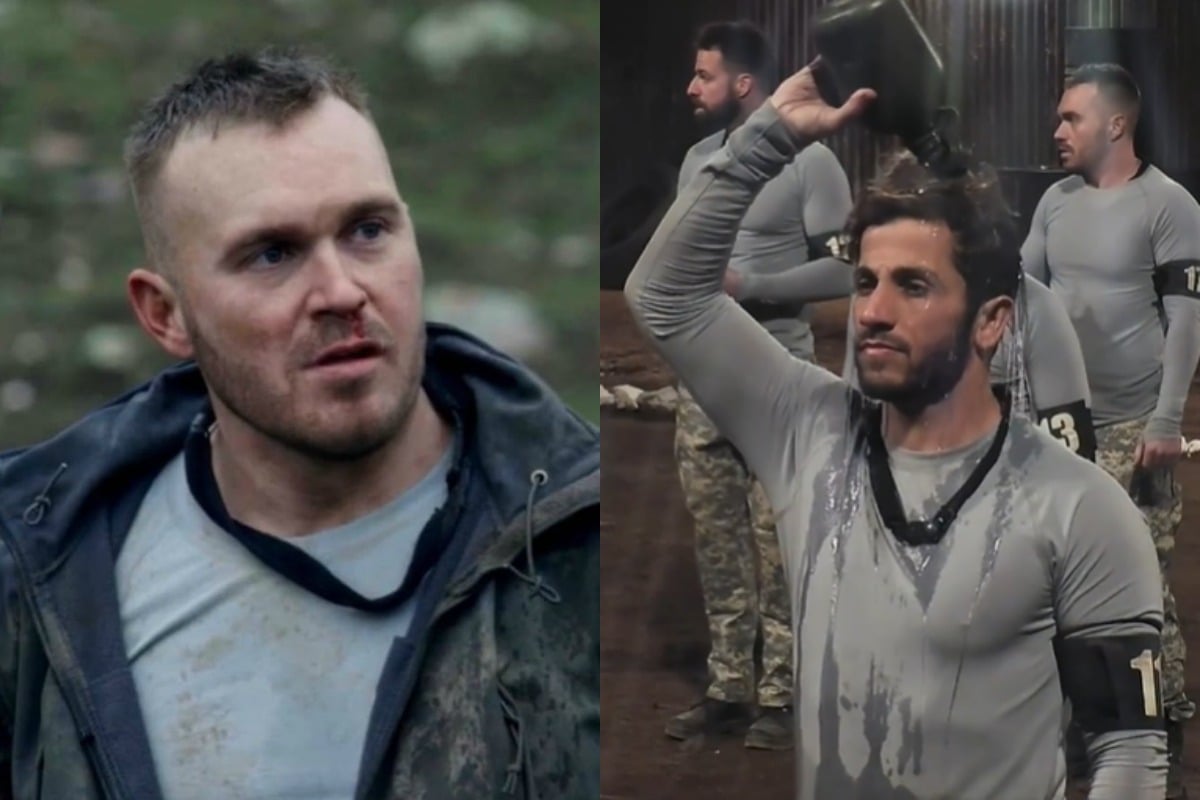 1. Eden says we’re not even seeing the worst of Firass on SAS Australia.

Firass Dirani isn't exactly known for being the most obedient contestant on SAS Australia.

The Underbelly and House Husbands star has found himself in trouble for talking out of line and his behavior even led himself and the other recruits to get punished.

But according to his castmate Eden Dally, there were a number of incidents that we didn't get to see behind the scenes.

"Firass got hammered by the DS a couple of times for his smart a** antics," the former Love Island star recently told the Daily Mail.

Even when Firass was getting in trouble, he "never really threw it in and he kept going".

"He had a really carefree attitude. I'll give him credit for that," he laughed.

Eden went on to say that while he may have rubbed some of this other casemates the wrong way, Firass was "very tough".

"He got on a few people's nerves with some of the things he used to do and being a little annoying and getting us into trouble - he was definitely rubbing people the wrong way."

"I'll give it to him though, I must say he's very tough."

2. Zoë Foster Blake says an ex-boyfriend turned her ‘against women’ and she has major regrets about it.

Beauty guru and writer Zoë Foster Blake ha﻿  s opened up about the time her ex-boyfriend "betrayed" her during her twenties and how it made her turn "against women".

Speaking to the How To Life podcast, the 40-year-old explained that the experience changed the way she viewed women and she "had to re-learn to love the sisterhood" again.

"I had a relationship in my twenties where it turned me against women," said Zoë.

"It's such a strange and emotionally juvenile way to go against your competitor rather that the person who betrayed you and made that decision."

She also called out the "bulls**t idea that women are inherently competitive with each other", adding that the notion that "we're all scratching and fighting over the one man is ridiculous".

"As you get older you understand the nuances of how that [cheating] would happen, and you probably turn most of your anger toward your partner."

As for her current relationship with her husband Hamish Blake, Zoë says they're "rock solid" and "don't have the threat of infidelity".

Hilary Duff has shared a picture of herself tucking into a bag of chips captioned: "Stress eating bout tomorrow. What u getting into," and this is peak 2020.

stress eating bout tomorrow. What u getting into

The 33-year-old was of course referring to the stress being caused by the US election, so commenters flooded the posts expressing their food-related stress relief and the results were very therapeutic if we do say so ourselves.

We don't blame you America. Our fingers are crossed for you.

4. Further proving our theory that she’s already single: Did Becky Miles just get a post-breakup makeover?

The Bachelorette herself, Becky Miles, has just shared a gorgeous new haircut to her Instagram, and as if we needed more evidence that her and frontrunner Pete Mann don't end up together.

The 35-year-old took to Instagram this week with a pic captured: "I got new hair... swipe... hbu?" and the reason we find this seemingly small move so indicative, is that rumours have been spreading that she and her chosen winner have broken up since filming.

"Pete doesn’t ever want to leave Adelaide and Becky never wants to leave Newcastle, it’s as simple as that really," a source told The Wash.

Could the makeover be a classic breakup move? Possibly.

Not to mention the way she has dodged questions in interviews, opting to talk about her sister's relationship instead...

5. Megan Fox is in an Instagram feud with her estranged husband over being an 'absent mother'.

Megan Fox and her ex-husband Brian Austin Green have had a public disagreement over an Instagram post involving their four-year-old son.

On Halloween, Brian posted a photo to his Instagram with the couple's youngest son, Journey.

The former actress commented on her estranged husband's post, saying: "Why does Journey have to be in this picture? It's not hard to crop them out. Or choose photos they aren't in. I had a great Halloween with them yesterday, and yet notice how absent they are from my social media. I know you love your kids."

Fox continued: "But I don't know why you can't stop using them to posture via Instagram. You're so intoxicated with feeding the pervasive narrative that I'm an absent mother, and you are the perennial, eternally dedicated dad of the year.

"You have them half of the time. Congratulations you truly are a remarkable human! Why do you need the internet to echo back to you what should be inexhaustibly evident in the way your children love you?"

Brian Austin Green then deleted the photo, and re-uploaded it with his son cropped out.

"Hope you all had a happy Halloween!!!" he captioned the post.

For everything we know about Fox and Green's former relationship, read our earlier post here.