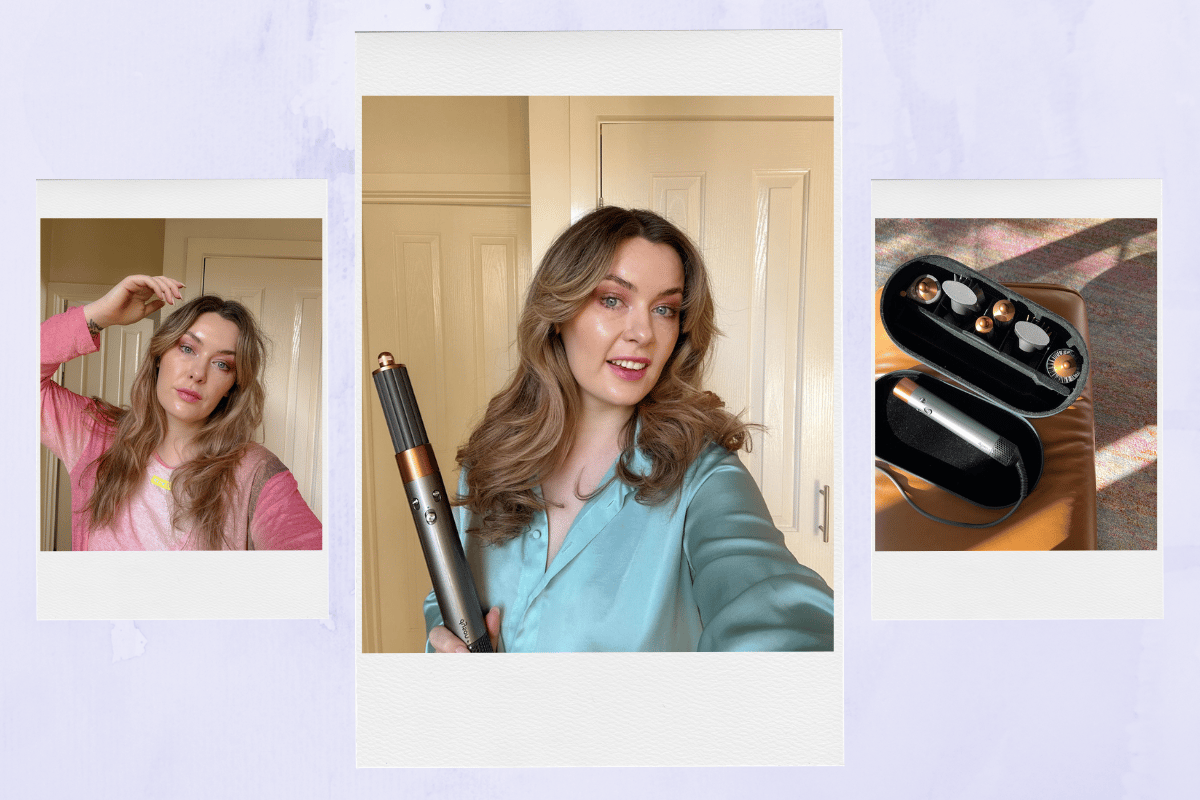 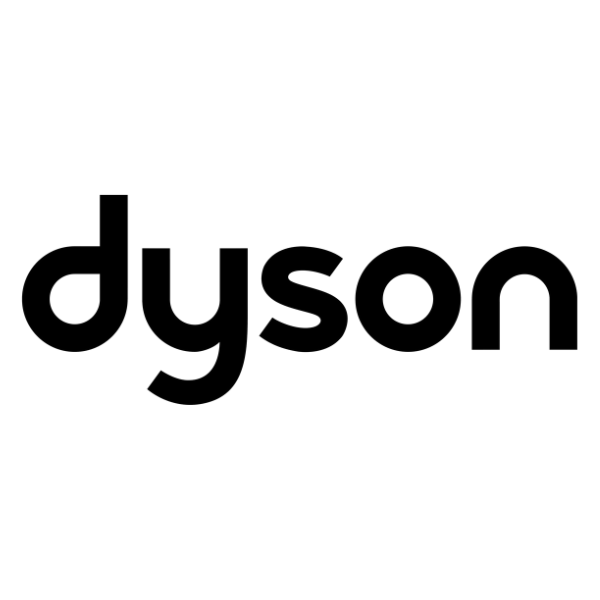 Thanks to our brand partner, Dyson

When it comes to hairstyling tools, I’ve tried them all, and that’s because my hair is… difficult.

It’s long and thick but quite frizzy, and I wash it every 2-3 days which takes forever, whether I blow dry or air dry.

I will literally try out anything and everything if it promises to shorten my styling time. And when I say anything, I mean anything.

Here’s my hair left to dry naturally with a bit of styling cream. 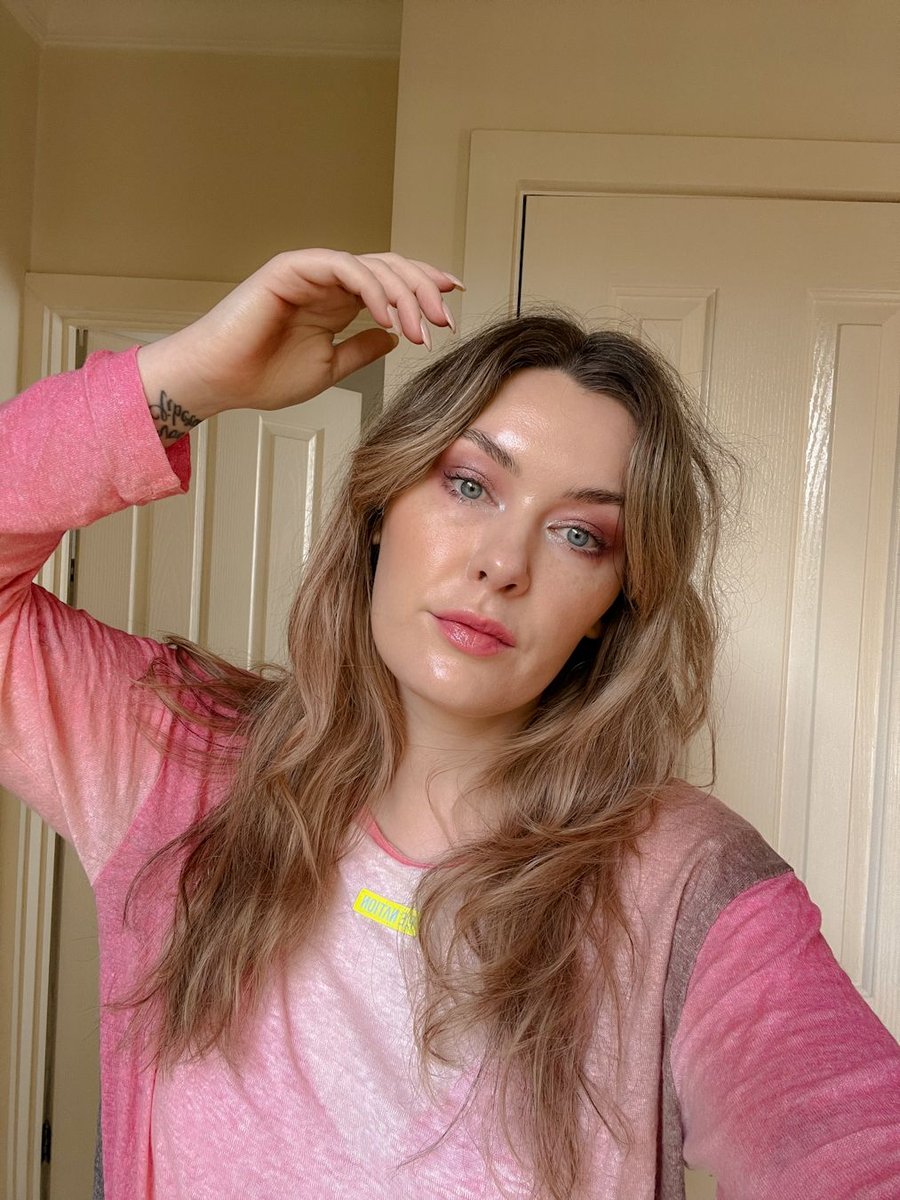 If you’ve spent any amount of time scrolling beauty videos on social media, you’ll have seen the Dyson Airwrap™ Multi-Styler.

It simultaneously dries, curls, shapes and styles your hair at the same time without extreme heat. It does this by harnessing the Coanda effect – a law of physics. It’s when pressurised air is pushed onto a curved surface and the air flows around the surface, and with the Airwrap™, it takes your hair with it!

The reengineered Dyson Airwrap™ Multi-Styler promises to make achieving your style without extreme heat even easier. The thing about extreme heat is it damages hair, leaving it dull, creating breakage, and even affecting how well your hair holds a style (yes!). With this bad boy, the hair is protected with intelligent heat control, which checks the air temperature 40 times per second.

I’ve tried the original Airwrap™ (love), another hairdryer round brush (too heavy), curling wands and brushes (not enough volume and air in the hair).

The revamped Dyson Airwrap™ Multi-Styler is finally available in Australia and comes with six attachments, and in two offerings catering for hair length — one for shoulder length and one for long hair around chest length. Dyson engineers have also created a brand new attachment that I just had to test out.

The new Coanda smoothing dryer has two functions – drying mode is to rough dry your hair and remove all the excess moisture (I can confirm it’s faster than the previous iteration), and smoothing mode, is used on dry straightened hair to hide fly aways to de-frizz and finish your style.

I was most excited for this attachment because of my hair’s tendency to frizz, and it certainly performs as promised! I’d highly recommend watching the how-to videos on Dyson’s website to get the hang of this attachment. That’s what I did, and I’m now obsessed. Here’s a video of me using smoothing mode on bed hair – it’s perfect for this!

I trialled it to style my hair for a weekend brunch date with my fiancé and can confirm that even though the new Airwrap™ has the same motor as the previous model (the Dyson Digital Motor V9), due to the enhanced Coanda airflow of the new and reengineered attachments, the airflow feels stronger when it picks up the hair, this gives you a longer lasting style. Here’s the finished look: 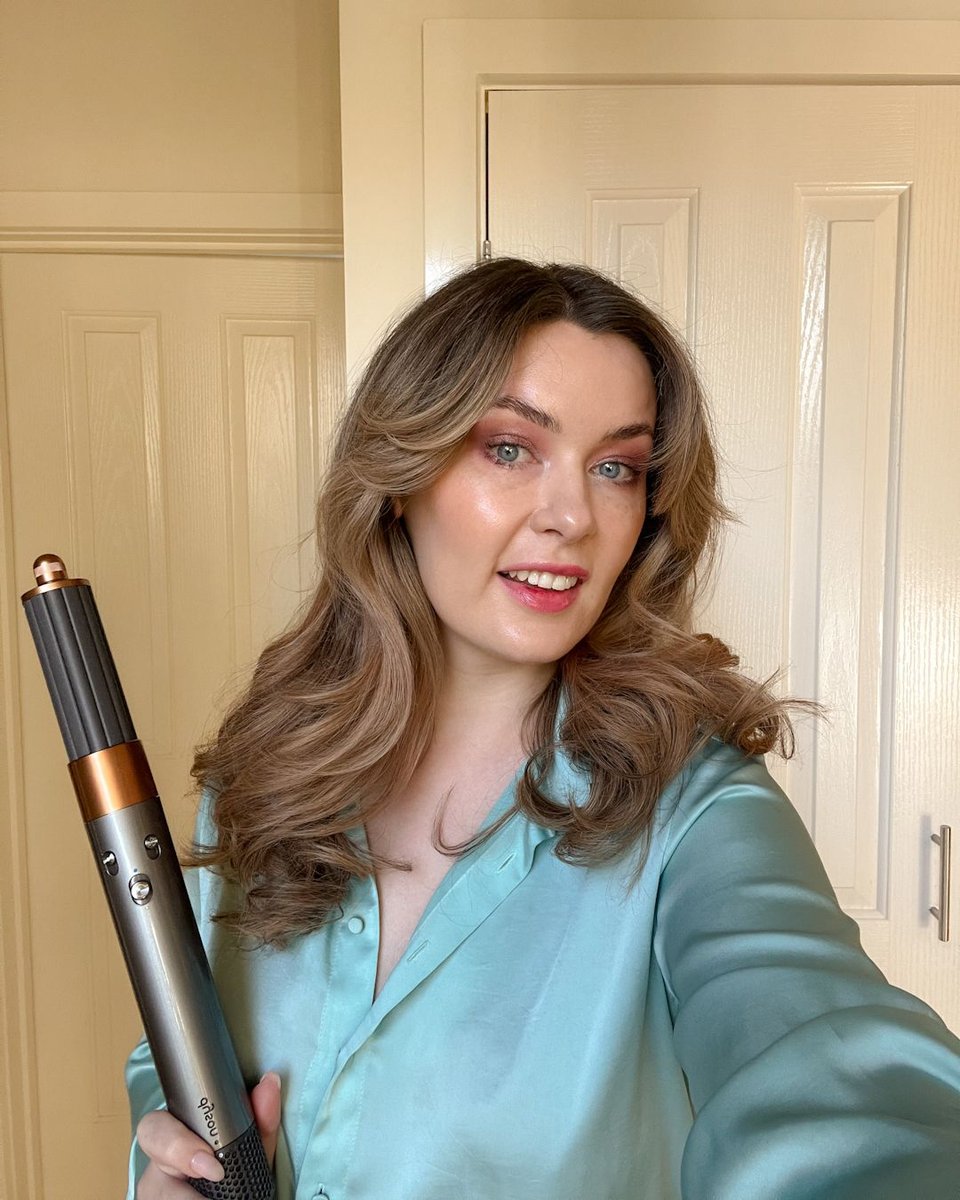 The keys to longevity are using a styling product with some hold to prep the hair, and allowing the hair to cool in the style before brushing it out. The tool's cool shot function is there for this reason, and I use it for 10 seconds on each curl to set.

In contrast, the 40mm curling barrel creates a looser curl or wave. This one has the same switch for changing the direction of the airflow, and also feels stronger than the previous iteration.

What you do is, get your section of hair and hold the curling barrel about 10cm from the end, turn the Airwrap™ on, and the Coanda effect will pick up the hair and curl it. You hold it in place for 10 or so seconds, then hold the cool shot switch for another 10 seconds. From here, you switch off the Airwrap™, let go of the curl, and leave it in place until it cools. No brushing. I used the 40mm curling barrel before a special dinner to create a big, loose, messy noughties bombshell hair look. 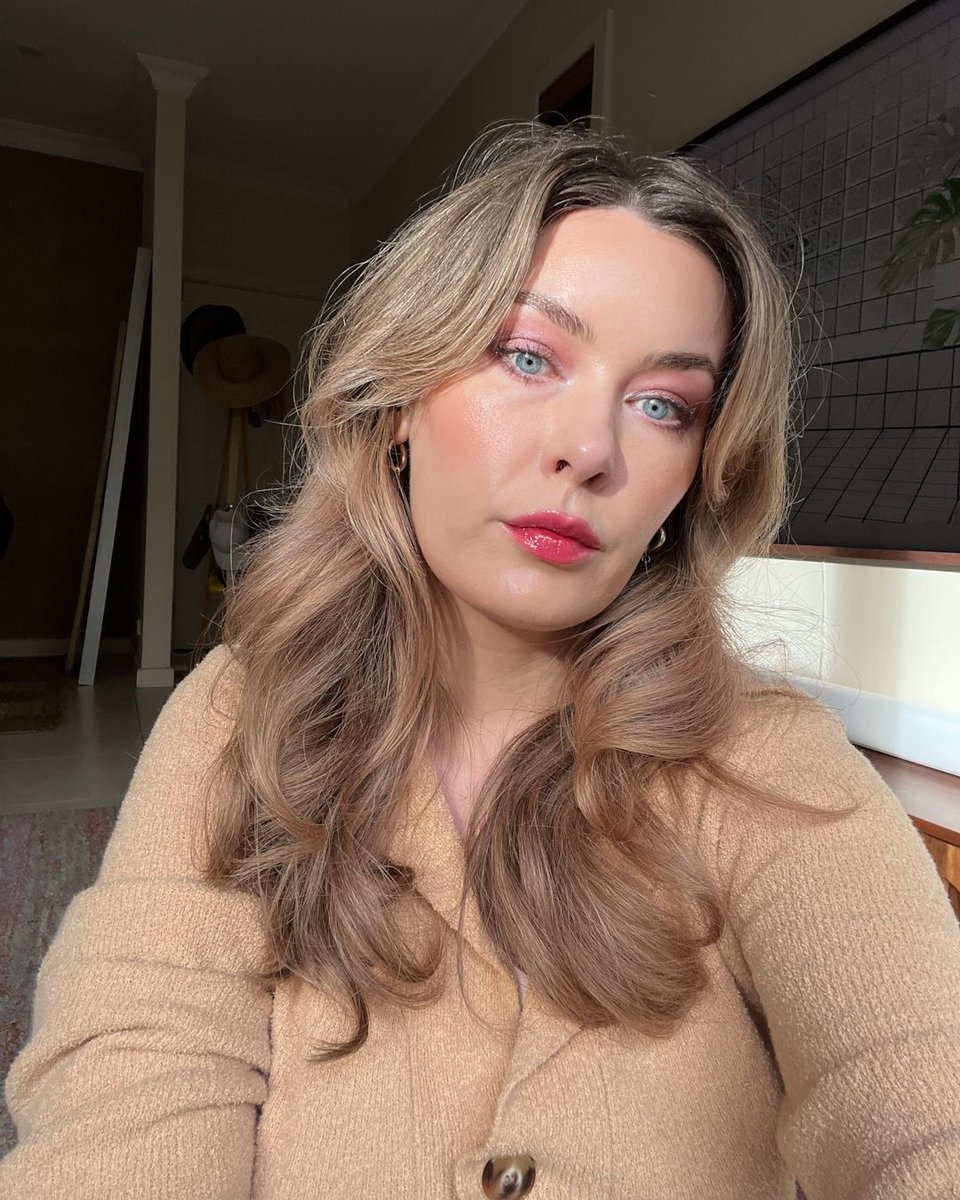 There’s also a soft smoothing brush for fine hair and a firm smoothing brush for medium to coarse hair. Both have been re-engineered with enhanced coanda airflow, resulting in a smoother style that happens faster. The firm brush is for my hair type and I'm fairly familiar with the previous iteration.

This one’s different. It feels more powerful and gives me more control, it holds onto the hair as you brush, and it actually created a straight style for me. I even managed to curl the ends under with the firm smoothing brush! This was just a regular working from home weekday, using the smoothing brush and creating a bend at the bottom of the hair just by rotating the brush under towards the ends. Here’s the look: 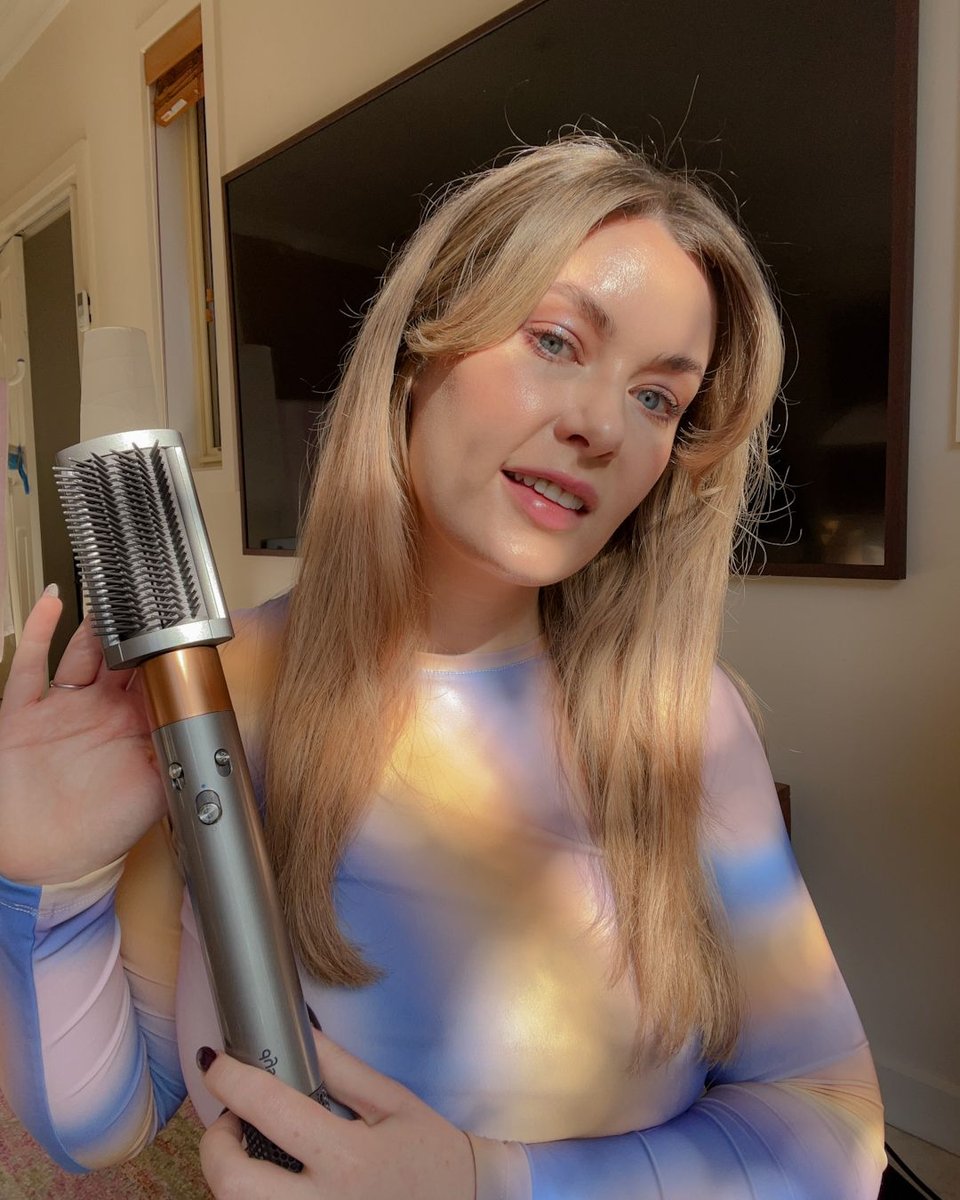 And finally, there’s the round volumising brush, which is indispensable if you have short hair or a fringe. It’s something I’ll continue to use almost daily.

This attachment is the TikTok favourite thanks to 25-year-old Swedish designer Matilda Djerf and her blonde, airy blowout – currently, #matildadjerfhair has racked up a whopping 19.8 million views on Tiktok. The long, fine bristles direct air through your hair to create so, so much body. I’ve used it on my fringe in each one of the above styles, and practically every other style you’ve seen me in since I got it.

I love the big, airy hair looks it creates and I find it much easier on my hair than my other hairdryer and curlers. It feels like a real upgrade from the previous version too, in that it’s easier and more convenient to use, faster, and there’s the Coanda smoothing dryer to remove frizz and fly aways.

We’ve also confirmed with Dyson that an upgrade kit will be available later this year for those with the first Airwrap™, and it can be purchased alongside individual attachments as well as unique colours.

Shop the Dyson Airwrap™ Multi-Styler, the only styler to curl, shape and hide flyaways using no extreme heat  here.

The Dyson Airwrap™ multi-styler is the only styler to curl, shape and hide flyaways using the coanda affect - with no extreme heat.
The new and re-engineered attachments use​ enhanced Coanda airflow for easier, faster and better styling.​ Featuring a new barrel to create clockwise and anti-clockwise curls with just one barrel, using the rotating cool tip and a multi-functional coanda smoothing dryer, the Dyson Airwrap multi-styler can create a range of styles. With colours to suit your style, you can shop Dyson Airwrap™ multi-styler, only at dyson.com.au