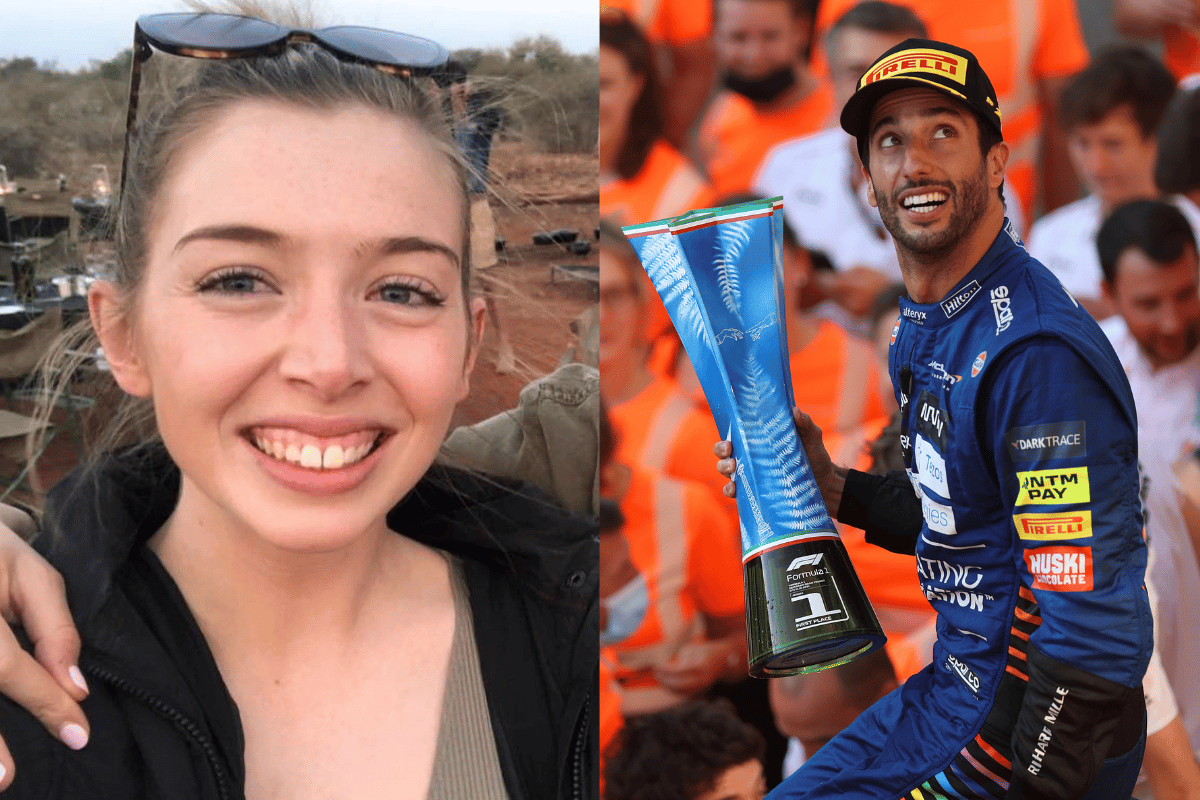 If you asked me six months ago if I knew who Max Verstappen was, I probably would have responded with a shrug.

Of course, I now know the Belgian-Dutch racing driver as the 2021 Formula One World Champion. The Red Bull Racing young gun who beat seven-time world champion Lewis Hamilton at the Abu Dhabi Grand Prix in a controversial last-lap duel.

To be completely honest, I didn't know a thing about Verstappen or the world of Formula One until I watched Drive To Survive, Netflix's compelling series that launched its fourth season last week.

Watch the trailer for Drive To Survive season four below. Post continues after video.

When I was first recommended the series by a friend during Sydney's second lockdown, I was skeptical.

I used to roll my eyes at people who liked sport. And motorsport? Well, I didn't really care about that either, besides that one time I tagged along with my dad to the V8 Supercars with the promise of seeing Spiderbait at the end of the night.

To me, Formula One always felt... far away. A glitzy world of fireworks and champagne shoeys.

But now, six months after watching Drive To Survive in lockdown, I could talk to you about F1 for hours.

In fact, I could probably write an essay about Daniel Ricciardo being an absolute national treasure. Or a TED Talk about the importance of the halo device. And don't even get me started on Christian Horner aka the Bond villain-esque Red Bull Racing team principal who is married to Ginger Spice. (Yes, really.)

To this day, my newfound interest in Formula One continues to confuse virtually everyone in my life. I've just never been a sport... person, so the confusion makes sense. But please, let me explain.

Produced in collaboration between Netflix and Formula One, Drive To Survive first premiered back on March 8, 2019, with the show's first season covering the 2018 World Championship.

For the first season, the show had no access to two of the biggest teams in the sport – Mercedes and Ferrari. Although on the surface this may seem like a disadvantage, it simply forced producers to turn their attention to the teams further down the grid, introducing viewers to the drivers, managers and owners of each team.

That's why Drive To Survive has often been described as the ultimate PR move for Formula One. At a time when the sport was gradually losing supporters due to the consistent dominance of top teams like Mercedes, the soapy docuseries swooped in, bringing back old fans and drawing in new ones by focusing on the stories of the underdogs. 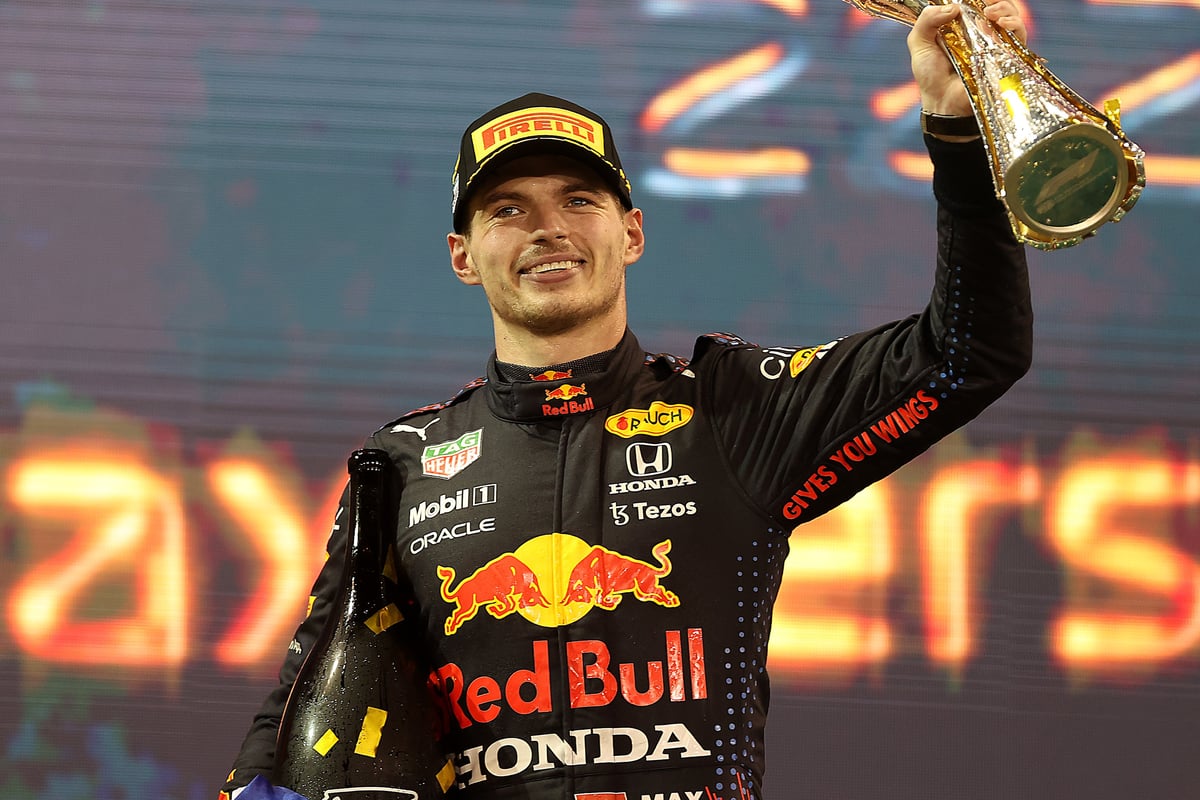 And that's what makes Drive To Survive so good. It isn't just about the top drivers. It's about the underdogs. It's about rooting for Williams Racing to come up from the bottom of the grid. It's about stressing for the junior drivers as they try to secure a seat for the next year. And it's about the teams and the team principals and all the drama that happens between them both on and off the grid.

Of course, Drive To Survive does have its detractors. Many Formula One fans believe that the series is overly dramatised. And there's no doubting that it can be at times.

As Vox writer Byrd Pinkerton put it, 'Imagine the Real Housewives, if the housewives were driving at 300 kilometres an hour.'

Yes, Drive to Survive is essentially a reality show... about fast cars. It can get overly dramatic. It can get gossipy. And tensions between Red Bull and Mercedes team principals Christian Horner and Toto Wolff often get as high as they do on Andy Cohen's Real Housewives reunion couch.

But despite the show's downfalls, it's hard to ignore the overwhelming impact that this show has had on Formula One as a whole.

According to a Global Survey commissioned by Motorsport Network, female participation in Formula One has doubled over the past four years.

In fact, the sport's total fanbase is expected to exceed over a billion people by next month, according to research from Neilsen.

The effects of Drive To Survive have been seen trackside too, with more than 400,000 fans turning out for last year’s US Grand Prix in Austin, Texas, a massive rise up from 264,000 fans at the 2018 event.

The sport's team principals have gained star power through the series as well. As Zak Brown, the CEO of McLaren Racing, told The Atlantic: "If it wasn’t for Drive to Survive, I don’t think I would have had [former American football player] Michael Strahan coming to give me a fist bump in a restaurant in New York."

It's had an enormous impact on the drivers too. Speaking to Vanity Fair this week, Esteban Ocon, who competes for Alpine, credited the show with assisting his career in Formula One.

In 2019, the French driver was left without a seat in the competition. But after the release of Drive To Survive, his star power began to rise.

"To be in the spotlight at a time when it was quite quiet for me [helped with] raising questions and bringing me back into converation with the bosses," Ocon shared.

Similarly, British driver George Russell shared that the show has given fans a more behind-the-scenes view of the sport.

"It's the only real opportunity, I feel, that a lot of drivers are getting to really showcase their personalities," he told Vanity Fair.

"I think you let your hair down, you can be yourself a little bit more and the true personality comes out without being torn apart."

As Russell said, Drive To Survive has ultimately helped fans forge a connection to the drivers. Once viewers have that connection to Daniel Ricciardo or Charles Leclerc or whoever on the track, they care. And once they care about that driver, they're hooked.

This is what Drive To Survive does to you. It sends you down a rabbit hole. Yes, I’m still uninterested in most other sports. But Formula One is different. I care about the team's successes and failures. I care about the drivers. And I'm counting down the days until the first race of the season in Bahrain this weekend.

Goodness Netflix, what have you done to me?

All four seasons of Drive To Survive are available to watch on Netflix now.