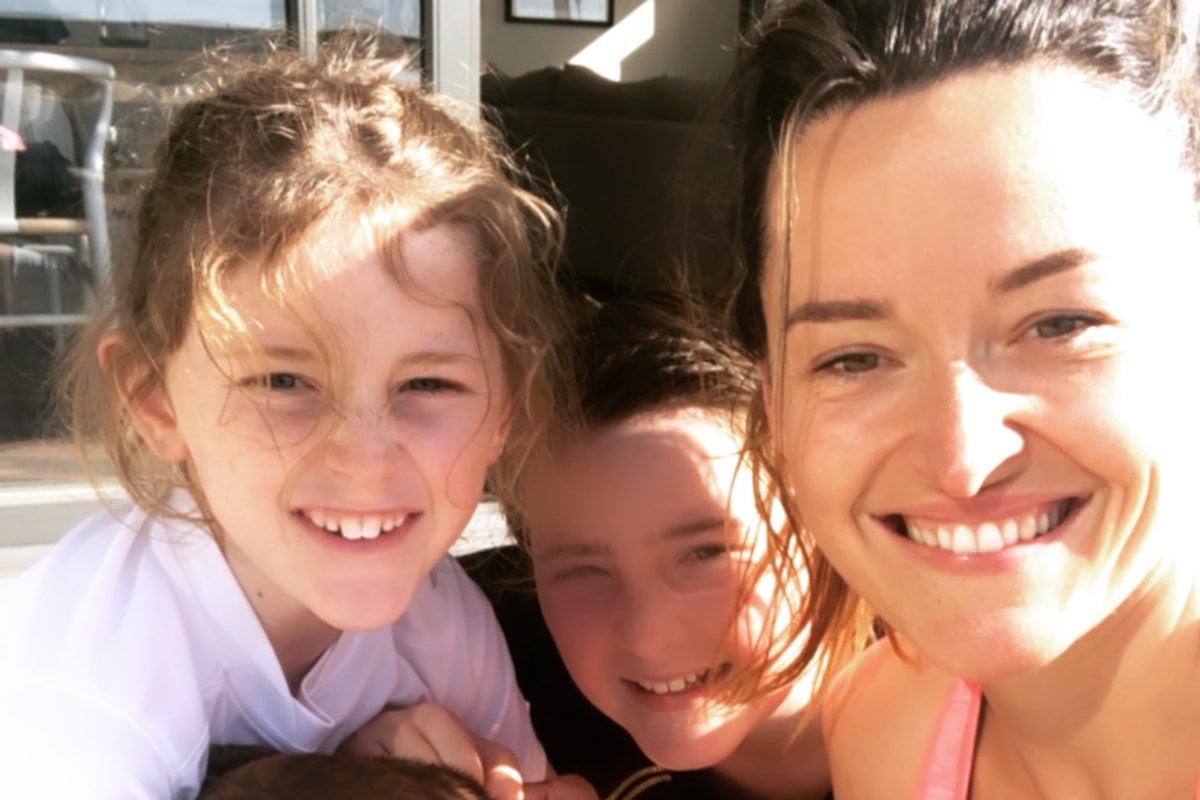 My life looked good on the outside, but I felt the exact opposite on the inside.

We are led to believe that alcohol is something fun and playful - a way to let our hair down and a lubricant to a life that is sexy and sophisticated.

The reality is that it often takes us further away from these exact things. It can have us feeling lonely, stuck and settling for fleeting moments of joy. This was my experience as someone who was the first one at the bar and the last one to go home. Now, I am a mother-of-two who has celebrated three years of sobriety.

Writing these words still makes me laugh a little. I was never someone who aspired to live 'the sober life'. If you’d asked me a few years ago, I would have told you life without alcohol was lame and boring; a little too wholesome for me.

Watch: Your body after one year without alcohol. Post continues after video.

'Work hard, play hard' had always been my MO.

But when I look back, I can see that alcohol and I had had a pretty rocky relationship from the get-go. Growing up in Glasgow, notorious for its heavy drinking culture, I tried to live up to the Scottish reputation by sinking pints at the pub.

Drinking was at the basis of all social connections - with family, friends and colleagues. The wine-o lunch with the girls on a Saturday. The inevitable spiral into a 10 hour session.

Meeting my dad on a Friday after work. "Here, have another, Vari! Just leave the car and get a taxi home!"

Shamefully trying to piece together the hazy fragments of conversation with my boss at the work Christmas party.

It’s no big deal though, right? Adults drink. It’s normal. There’s nothing wrong with it. I can stop if I want to. (I had a couple of Dry Julys and FebFasts under my belt to prove this).

But even before the 'normal' adult drinking, I should have known that alcohol and I weren’t off to a great start. As a 17-year-old exchange student in New York, I was suspended from school for being drunk at a basketball game.

When I became a mother in 2007, my drinking habits gradually started to change. It was no longer the contrast of long hours of a work week followed by the unplanned Friday night drinks, that flowed right through to Sunday evening. I was more sensible, more responsible than that.

A glass of wine in the evening when the kids were finally asleep was how I would wind down, relax, and have some 'me time'. 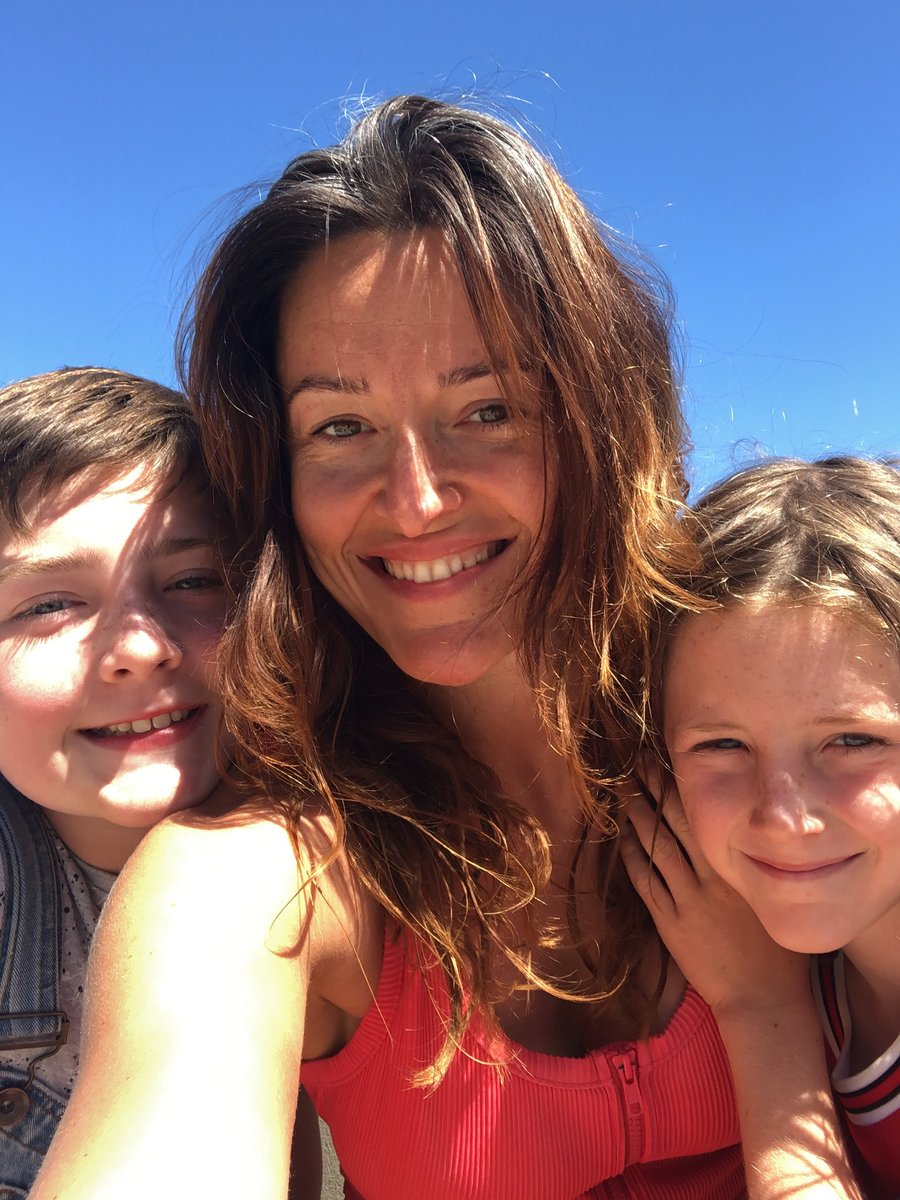 When the boys were little, I’d conveniently make sure that our afternoon walk home from the park - a toddler on a bike and a baby (hopefully) asleep in the pram - would take the route past the bottle shop. This happened most days.

But I was buying the $20 bottle of wine, the good stuff, you know? So everything was okay. It’s not like I’m drinking that cheap crap or vodka. I’m good. Nothing to worry about.

The truth was, my accidental daily drinking was my emergency exit. It was an easy escape from the sleep-deprived, lonely and monotonous life of a new mum. It let me tune out. It was the reward for my endless kid-wrangling efforts of the day.

We’re sold the idea that motherhood requires alcohol for survival. And I bought into it, like so many mums. So much so, I was unaware that there was an alternative. So I continued. It wasn’t until years later that I started to question my drinking habits.

As a newly divorced, single woman in her 30s, I was eager to reclaim my independence and this inevitably resulted in more drinking, more often.

The nights that my sons were with their dad, I wanted to make the most of my free time and would go out as much as possible. And, if I didn’t go out, then it would most certainly be a bottle of wine for one on the couch.

I didn’t know how to navigate the evenings alone. Yes - the 'dinner, bath and bed' routine of the last seven years had been tedious at times, but it was also beautifully comforting. So I drowned out the feelings of guilt and loneliness by pouring wine on top of them. That oughta do it. And it did. Until it didn’t.

The thing is, I knew I wasn’t an alcoholic. But in a way, that made it harder to quit.

I told myself that my drinking wasn't bad enough for me to have to stop. But the question I really needed to ask was, "Is my life good enough to continue like this?" The simple answer was no.

It was on an unremarkable Sunday in July 2018, when I decided it was time. Not time for yet another sprint at going alcohol-free for a month, but time for a longer, gentler walk away from drinking for a while.

The months that followed were strange and uncomfortable, as I navigated this new way of being me in this world, especially in social situations. I didn’t know who I was without alcohol and here I was, awkwardly doing it publically for all to see.

Then something beautiful happened. My life slowed down to a delicious pace, and at the same time, it picked up momentum. I had more space, more time, more clarity, more creativity in all areas of my life. 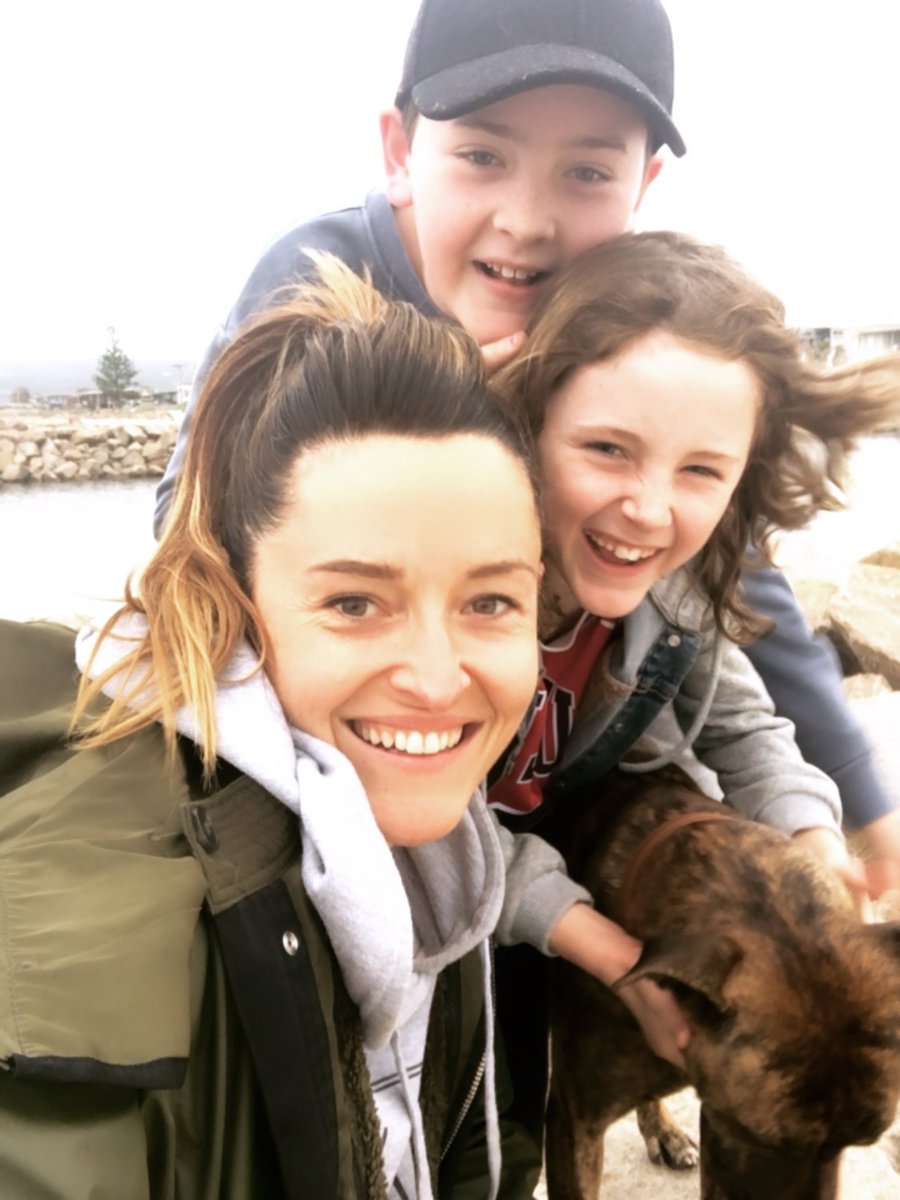 The work projects that had been on the back burner for years, started to get more of my attention. I was way more fun and interesting to my kids, as we’d find new things to do on the weekends.

I lovingly let go of some relationships that I could see had been built on the basis of alcohol, and instead nurtured new ones that were so much richer, deeper and honest.

I wanted to be awake and present and available to the people and experiences that were all around me. I couldn’t do that through the murky filter of accidental daily drinking.

I didn’t have to be an alcoholic to stop drinking. I didn’t have to hit some epic rock bottom of losing my job, house, drivers' license, or kids in order to make a different choice.

Yes, my life with alcohol had been good by many standards. But it is so much better without it.

Discomfort in life is inevitable. For me, it was the choice of being discomforted by staying where I was and continuing to drink, or the discomfort of change and growth into who I really wanted to be.

Listen to 8 Minutes To Change Your (Work) Life, the podcast you need if you want to revitalise your life. Post continues after audio.

The thing is, alcohol doesn't make life better. It just changes our perception of life and makes it seem better. This is temporary, hollow and unsustainable.

Accidental daily drinking was the handbrake on my life. I’d been driving around with it on for so long, that it felt normal. The simple act of releasing this break allowed me to flow into a life that is more calm, fun and exciting than I ever could have imagined.

Vari McKechnie is a coach to smart, ambitious women who want to take their lives from good to great.

She teaches accidental daily drinkers (like her) how to opt out of drinking and step into a life that’s wildly more fun than before.

You can join her free class, How To Opt Out Of Drinking Without Missing Out on her website.