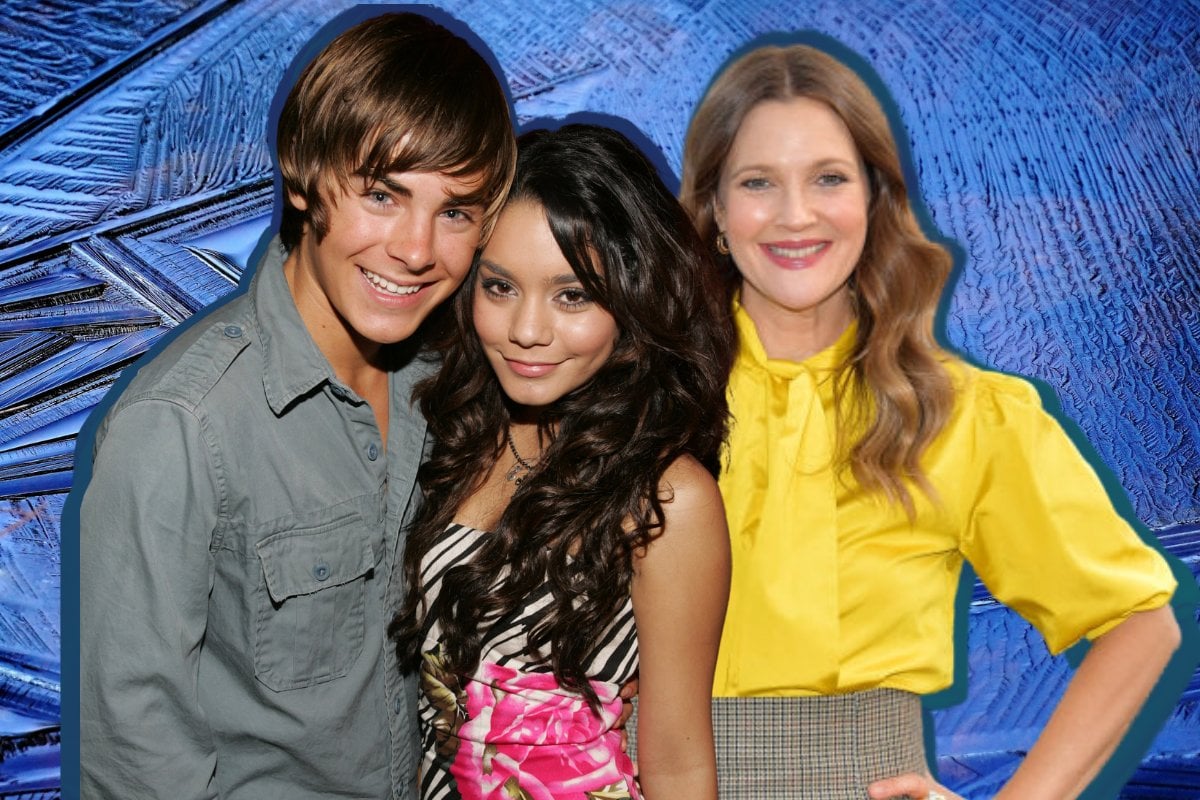 1. Can we please talk about that time Drew Barrymore third-wheeled Zac Efron and Vanessa Hudgens’ date?

So, apparently Drew Barrymore crashed High School Musical stars; Zac Efron and Vanessa Hudgens date one time, and this is the kind of throwback story we love to hear.

Barrymore virtually caught up with Hudgens last week on The Drew Barrymore Show, where she recalled the evening as "one of the funnest nights of [her] life".

"I was just thinking about, back in the day, we went to a Kings of Leon concert together, you, me and Zac Efron, and it was one of the funnest nights of my life," the 46-year-old said.

"Are you kidding me? It's like, still a story I tell to this day. That was such a wild time. I remember being there and I was like, 'What's happening? This is so amazing.' You were so sweet," Hudgens, 32, said.

"I was literally your and Zac's third wheel... It was so fun and you guys were so cute and cozy and I just had the best time," Barrymore explained.

While the pair didn't reveal any big secrets of that night, they did chat about Vanessa's time being single in the pandemic, and how she found her new boyfriend, baseball player Cole Tucker, over zoom.

"My girlfriend was on this zoom meditation group, and she added me to this group text where everyone's sending gifs of themselves. So there's like Joe Jonas... and I send a gif of myself," she explains.

"Then, there's like a gif of a baseball player sliding on to a base, and I thought it was a joke, so I just responded 'Hot'.

"Then I get on the zoom and I'm like... 'Who is that?'. So I found him and we started talking and it's wild that we started over zoom."

2. Jake from MAFS just got a tattoo of his girlfriend, so things must be pretty serious.

Remember way back when MAFS' Jake Edwards was working hard (and by hard, we mean not much at all) to keep his new girlfriend a secret while the show wrapped up on our screens?

There were a whole bunch of clues that varied from Jake's distinct tattoos appearing on influencer Sophie Guidolin's Instagram stories, to a cryptic message about the best birthday present she "couldn't [reveal] yet", presumably, because the show was still airing, and it was from her new beau. 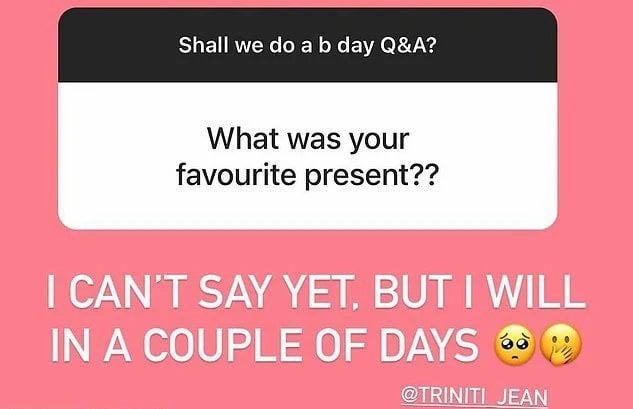 Well, our suspicions that the couple were dating were indeed correct.

And that birthday present she couldn't reveal at the time was a tattoo of her name on her boyfriend, Jake's stomach, so, we guess things moved quickly.

"For me that was her birthday present and something I didn't hesitate getting done," he told the Daily Mail this week.

"From the moment I met Sophie, I knew I would be with her forever so it was just one of those things, and I wanted to show her my commitment to the relationship."

You can't fault his commitment, we guess.

Ryan Reynolds and Blake Lively are known for hilariously trolling eachother on social media. And this Mother's Day was no different.

The Deadpool actor shared what started out to be a heartfelt post dedicated to his wife and mother of his three children on Instagram.

"It can’t be said enough… you’re the heart and soul of every moment this family shares. I’m grateful for the light and for the kindness you smuggle into each and every second of our lives," Reynolds wrote.

"I see you in the eyes of our children… Every laugh. Every blink and every thoughtful moment of vulnerability. The tender grit it takes to be a mother in 2021 is an act of pure strength and heroism."

Romantic right? But then things... took a turn.

"Never could I have predicted anonymous airport bathroom sex would lead to this. Or how you’d hire Dog The Bounty Hunter to find me. Either way, I’m lucky to reflect a little of the sunlight you shine on all of us. Happy Mother’s Day, my love."

Yep, it caught us off guard to.

We're sure Lively will no doubt have something up her sleeve for Father's Day.

4. Apparently Shane Warne is a little bit a LOT in love with Margot Robbie.

Ummm. It looks like cricket star Shane Warne might have a bit of a crush on Margot Robbie.

An unnamed source supposedly told Woman's Day that, "Margot cops a lot of stick from her Aussie and British mates who have noticed Shane comments on or likes almost everything she posts".

And while this smells very much like a rumour, Warne has been leaving comments on the actresses' Instagram posts.

On April 26, Warne commented on Margot's post writing "Aussie" along with clapping emojis. And according to the publication, the 51-year-old also wrote "Keep rocking it Margot!" on her post on April 17.

The source also claimed that while Warne "has a huge crush on her", Robbie's husband Tom Ackerley is apparently "super chill" about the comments.

Apparently there's also a rumour that Warne is thinking about asking the 30-year-old to collaborate on a film project about his life.

"He would love Margot to do something on his life. It's a genius idea and would be a huge film in Australia, England and India, so she'd be mad not to consider it."

5. 'I couldn’t believe it was me under the wig.' 9 actors who look scarily similar to their real-life characters.

Whether it's a limited TV series of big blockbuster film, any acting role comes with its challenges.

But playing a real-life person (and particularly a famous one at that) can make things a bit more difficult for actors.

Not only do they have to do all the research and learn lines, but they also have have to master the way the person looks, walks, talks and in some cases even sings.

It's something Lily James and Sebastian Stan, surely know all too well as they prepare to play Pamela Anderson and Tommy Lee in the upcoming Hulu series Pam and Tommy.

The network released two photos of the actors over the weekend. And it's fair to say, the internet is low-key loosing its minds over the eery resemblance.

Here’s a peek at Pam & Tommy, coming to @Hulu. Based on the true scandal that started it all, featuring Lily James, Sebastian Stan and @SethRogen… ready to rewind? #PamAndTommy pic.twitter.com/4ctdKYEm9F

Lily James as Pam Anderson is more perfect than I could have realized (also Sebastian Stan as Tommy Lee is a big yes for me) pic.twitter.com/VTfTZOoZV7

Me trying to see Lily James under all of her Pamela Anderson makeup. It’s just freaking crazy. #PamAndTommy pic.twitter.com/hKhO2mQHcc

I mean, give the makeup artist who turned Lily James into Pamela Anderson an Emmy already pic.twitter.com/cHqerqFTEC

But James and Stan aren't the only actors who have shocked fans with their look-a-like roles.

You can find seven other actors who look exactly like their real-life counterpart over here.