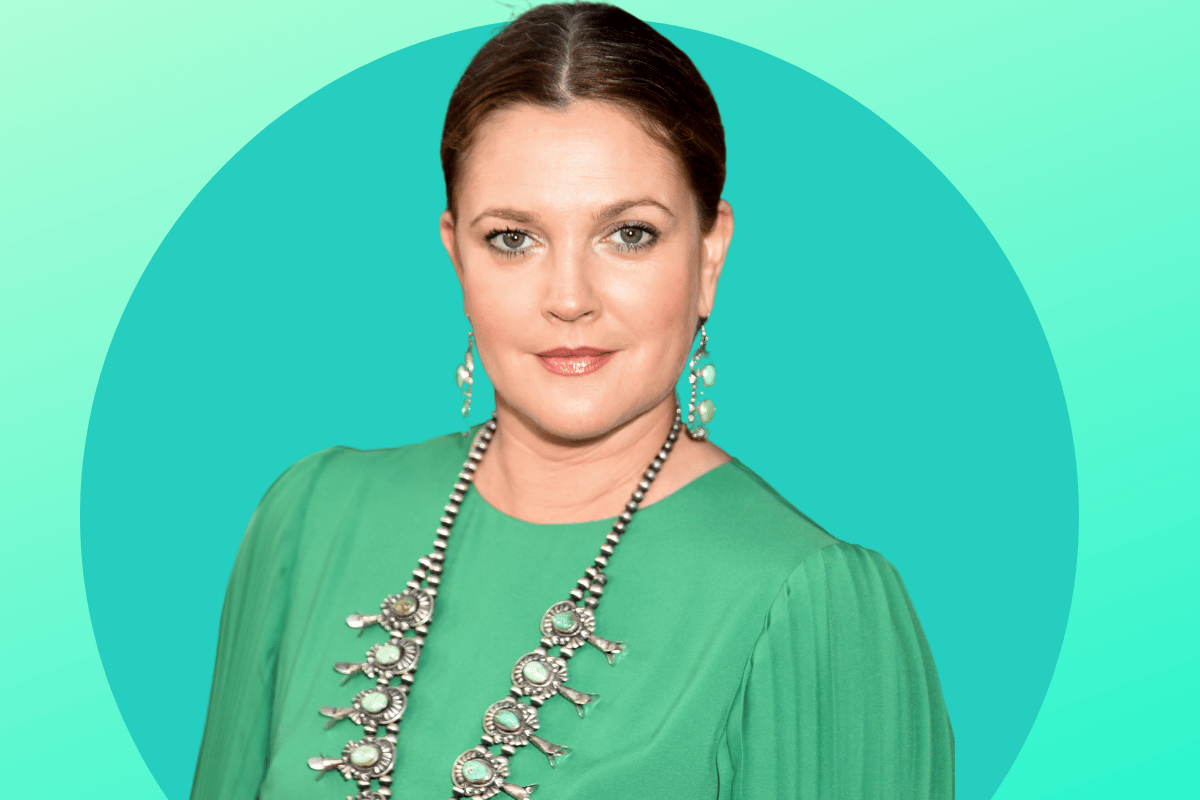 Drew Barrymore was eight when she had her first drink.

As a young child actress, she was at a wrap-party for a sci-fi horror she had starred in, when she started to bet with two of the crew members she could down two glasses of champagne.

The glass was placed in her hand, they said "down it, champ", and the rest is history.

38 years later, Drew has shared this week that she has quit drinking, revealing it "doesn't serve her".

Watch: Growing up with Drew Barrymore. Post continues below.

"I was tipsy, and bubbly, and the life of the party," Drew told Oprah Winfrey in a 1990 interview about her first drink. "I felt so good. All my problems had seemed to disappear for that hour that I was out of it."

By the following year, Drew Barrymore was casually drinking. At 10, she took up marijuana, and by 12 she began snorting cocaine. She became a troubled child in the spotlight: a world away from the empowered actor/producer/entrepreneur/television host fans know today. 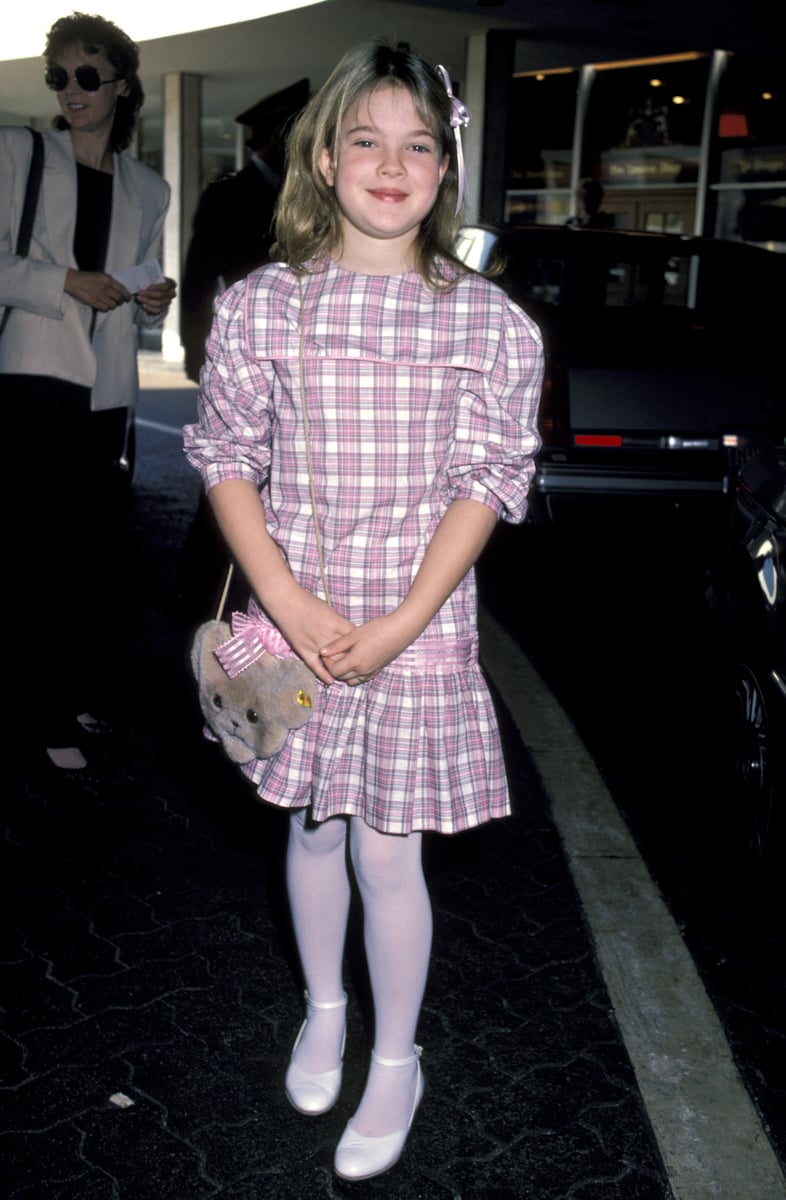 Even as a young child, Drew would attend parties, bars, clubs: even Studio 54.

In that same interview with Oprah, Drew spoke of her low-self esteem as a child: "I never looked in the mirror and thought I was beautiful".

Listen to The Spill: Drew Barrymore's Next Move. Post continues after audio.

At only six-months-old, Drew's father left.

In her 1990 biography, Little Girl Lost, the actress claims her father, John, was an alcoholic as well as being violent and physically abusive. Her earliest memory of him was from when she was three: she wrote that he stomped into their kitchen, threw her mother to the ground, threw her against a wall, grabbed a bottle of tequila and left.

She wrote that, as she approached adolescence, drugs and alcohol served as "the antidote" to all that pain. She'd sneak out, run away for nights or multi-day benders. Her mother, Jaid, saw the mood swings, the long sleeps, but nothing more.

"In retrospect, you kick yourself for not noticing," Jaid said in the book. "But you chalk it up to growing pains. You never think, 'My kid is doing drugs'." 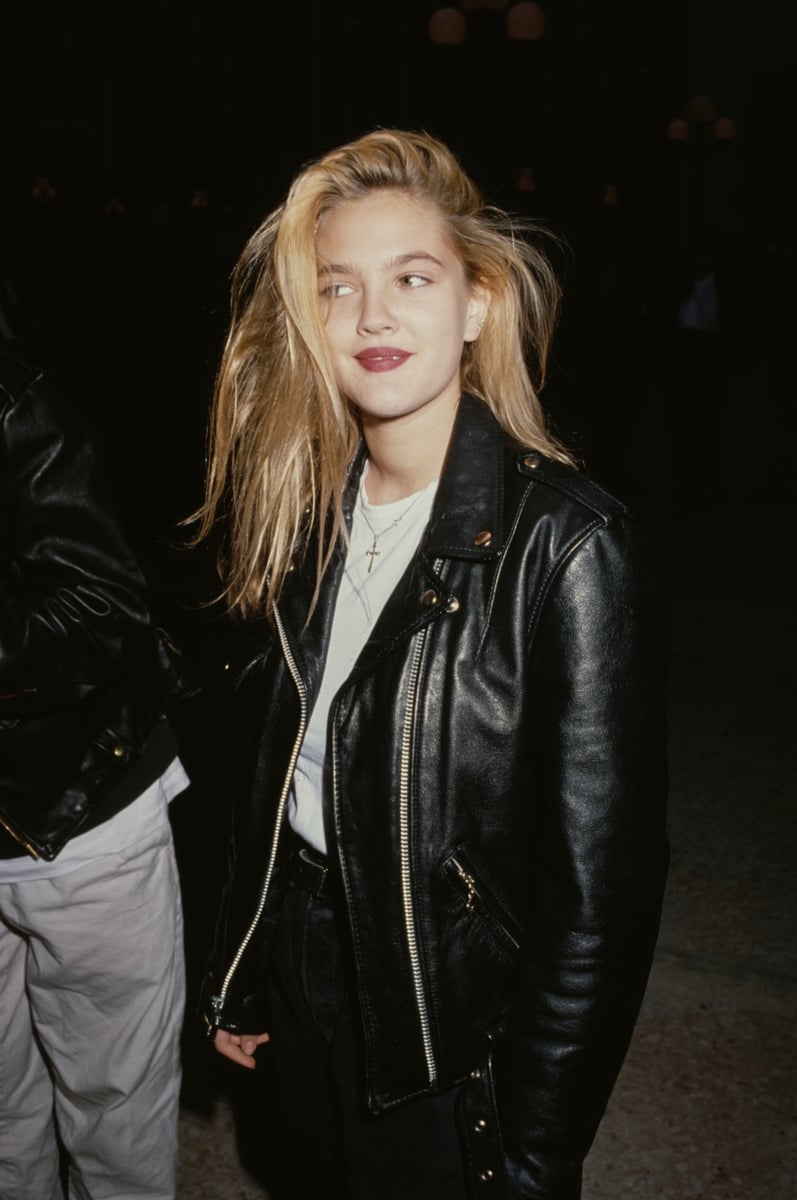 Once Drew's mother Jaid realised how dire her daughter's health and addiction was, she checked her into rehabilitation. She was only 12.

Drew then relapsed at the age of 13, her mother choosing to admit her to a mental health facility.

Speaking about her mother's decision on The Howard Stern Show, Drew said: "She created a monster, and she didn’t know what to do with the monster. This was her last gasp. And I was really out of control. And I forgive her for making this choice. She probably felt like she had nowhere to turn."

A year and a half spent in rehab, Drew then legally emancipated from her parents.

After a long period of estrangement, Drew and her mother have since reconnected. Drew told Stern: "I can't have her feel bad anymore. I'm sure she's already beat the crap out of herself for having a daughter who wouldn't speak to her... I felt so guilty denying my mum access to me. Definitely the worst pain I've ever known. And I just thought, 'I have to let this go'."

Drew Barrymore announces she is sober.

This week, Drew said she had been on a "quiet" and "confident" journey on permanently quitting alcohol. She joins the likes of numerous celebrities, such as Adele and Chrissy Teigen, who have chosen the sober life.

In an interview with CBS Mornings, Drew said: "I'm gonna say something for the first time in a long time: I have not had a drink of alcohol in two and a half years."

"It was something I realised just did not serve me and my life.

"I was looking at patterns and choices I was making, and I was stuck in something that wasn’t working. It took changing behaviours. I wanted to live my happiest, healthiest, most confident life," Drew shared, crediting her two children, Frankie, seven, and Olive, nine.

During the interview, the 46-year-old said she kept her alcohol-free lifestyle quiet for some time, in a bid to work on herself first before sharing her addictions with the world.

"Now it's been long enough to know I'm in a lifestyle that is a high road for my little journey. There’s so much peace finally being had, without the demons," she said.

"The longer I didn’t drink, the better I felt. I don’t think you have to go out on the rooftop and tell everyone. Do it yourself."

Reply
Upvote
I agree. I drank daily in my 20s, well almost daily. Whenever I socialised. One day in my 30s I realised that I was missing out on mornings.  So I reduced to only parties. Following that I realised that I didn’t need it as a social lubricant so I just drove the car most of the time.  I was addicted to the social lubricant of it not physically and so it was a mental process not a physical withdrawal.  In Australia it is hard not to drink because it seems to offend people. I find this weird because I have never evangelised my lifestyle. I actually don’t talk about it.  I get why Drew didn’t either. If she made a big deal about it she would have had the paps following her waiting for a downfall.  I’ll still have a drink now and again but it’s random and pretty rare.
Resources
Very Peri
News
General
Opinion
True Crime
Politics
Sport
Explainer
Entertainment
Celebrity
Reality TV
Movies
TV
Books
Rogue
Royal
Lifestyle
Beauty
Fashion
Weddings
Home
Wellness
Health
Fitness
Travel
Food
Family
Before The Bump
Pregnancy
Baby
Kids
Teens
School
Parent Opinion
Work & Money
Money
Finance
Career
Lady Startup