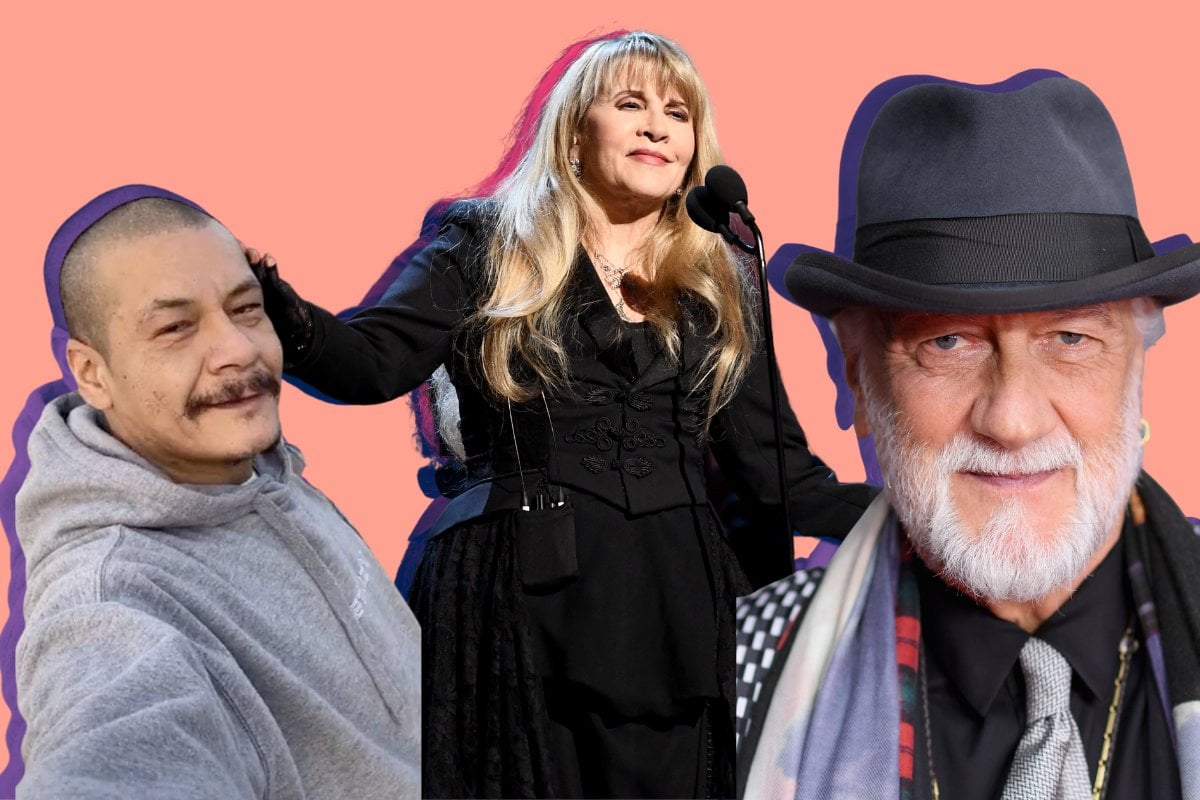 At the end of September, Nathan Apodaca's car broke down while he was driving to his shift at the local potato factory.

This wasn't the first hurdle Apodaca had faced in 2020. The Idaho local was living in a caravan and at the time he was constantly dealing water and electricity outages.

When his car broke down, Apodaca, also known as @420Doggface208 on TikTok, took it in his stride. He pulled out his longboard and continued his journey to work.

During his ride, he recorded a 22-second TikTok video of himself, skateboarding down the road, lip-syncing to Fleetwood Mac's 'Dreams', while sipping on a bottle of Ocean Spray Cran-Raspberry Juice.

The video immediately went viral and the #OceanSprayChallenge was born.

The original video has since amassed over 66 million views on TikTok.

What Apodaca could never have known, while he was casually recording the video, was that he was about to tap into the zeitgeist. His video was exactly what we needed after months of varying degrees of lockdown and rising levels of uncertainty and anxiety.

The 37-year-old also couldn't have known he was about to be at the centre of one of the most successful viral marketing campaigns of the decade.

On October 5, just a little over a week after the video began gaining traction, Fleetwood Mac frontman Mick Fleetwood joined TikTok and posted his own version, complete with the Ocean Spray bottle.

Had way to much fun with this!! More to come Xx MF. #Dreams #cranberrydreams #Fleetwoodmac @doggface208 think we could find a Tandem bike?

At 73, Mick Fleetwood is not your average TikTok user. He wouldn't have come across the video organically and while we can't say for sure what happened behind the scenes, it's feasible that TikTok's people got in touch with Fleetwood's people and they came up with a plan to keep the viral moment going.

The seemingly wholesome move, however, came with a catch. The car was filled with bottles of Ocean Spray, ensuring their product was front and centre of any coverage of the moment.

And the colour of the car? A cranberry red.

On October 14, Fleetwood Mac frontwoman Stevie Nicks joined TikTok and posted her own version of the video.

In the video, Nicks sits in on a piano stool, tieing up the laces on her skates

Sitting beside her skates? A bottle of Ocean Spray cranberry juice.

Again, Stevie Nicks is unlikely to have made this video on her own volition. There would have talks behind the scenes, negotiations, possibly money changing hands.

In the weeks that have followed millions of other people, including Australian celebrities, have posted their own version of the #OceanSprayChallenge.

A month on from when it was originally posted, Apodaca's video is still the most talked about viral video in the world.

Ocean Spray, a brand which for a long time has been seen as a nifty treatment for urinary tract infections, is suddenly everywhere. It's now a brand synonymous with freedom. No traditional marketing or advertising campaign could garner these kind of results.

Fleetwood Mac, a band that most Generation Z-er's would not have heard of a month ago is back at the top of the charts. 'Dreams' is the anthem of 2020.

Millions of people who weren't on TikTok are now aware of its most viral video and the pop culture moment it created.

And Apodaca now has a brand new car and a line of merchandise.

What started out as earnest video has turned into the most successful, and possibly the most profitable, marketing campaign of 2020.

And we've all been a part of it.

Listen to the latest episode of The Spill, Mamamia's daily pop culture podcast.

Reply
Upvote
5 upvotes
I don't understand how this makes it any less wholesome? It all begins with Nathan! He is wholesome! Well done Ocean Spray for making the best of a moment. The guy likes their juice, why shouldn't they fill the truck they're giving him with juice! I feel this article would carry more weight if you had evidence of Fleetwood Mac being paid by Ocean Spray? It's entirely possible their own management seized the moment to help album plays and sales. This moment remains 1000% wholesome for me. All over YouTube are comments saying they'd never heard of the band until now. Mick Fleetwood has told Nathan he owes him big time and maybe there'll be follow through. This article is strange, there's no proof of anything just "celebs don't do stuff without background deals". Don't get how that takes away from the pure moment that began this.
R
rush a year ago

Reply
Upvote
1 upvotes
@mamamia-user-556745246 it's a pretty big claim to say that Mick Fleetwood couldn't have found out about it organically, too. A quick Google shows he has twin daughters born in 2002 - 18 year olds are prime Tik Tok users, I would have thought! It's entirely possible they saw the original and showed him, not to mention many other ways he could have found out about it.
D
david s a year ago

Reply
Upvote
2 upvotes
@mamamia-user-556745246 I don't think it matters if Ocean Spray the company did get Mick Fleetwood and Stevie Nicks onto it to get them to make a video: to me, that seems like a great reaction and seizing a fantastic opportunity. They've helped Nathan and helped their brand as well - that's a win-win for both of them, as well as a win for Fleetwood Mac as well, and it's the whole basis of earned media, as opposed to owned or paid media.
If Nathan wasn't who he said he was or if Ocean Spray had somehow manage to engineer this whole thing from the get-go, that would be a cause for cynicism, but I don't see any evidence of that here.
News
General
Opinion
True Crime
Politics
Sport
Explainer
Entertainment
Celebrity
Reality TV
Movies
TV
Books
Rogue
Royal
Lifestyle
Beauty
Fashion
Weddings
Home
Wellness
Health
Fitness
Travel
Food
Parents
Before The Bump
Pregnancy
Baby
Kids
Teens
School
Parent Opinion
Work & Money
Money
Finance
Career
Lady Startup
Relationships
Sex
Dating
Separation
Friendship
Family
Real Life
Couples