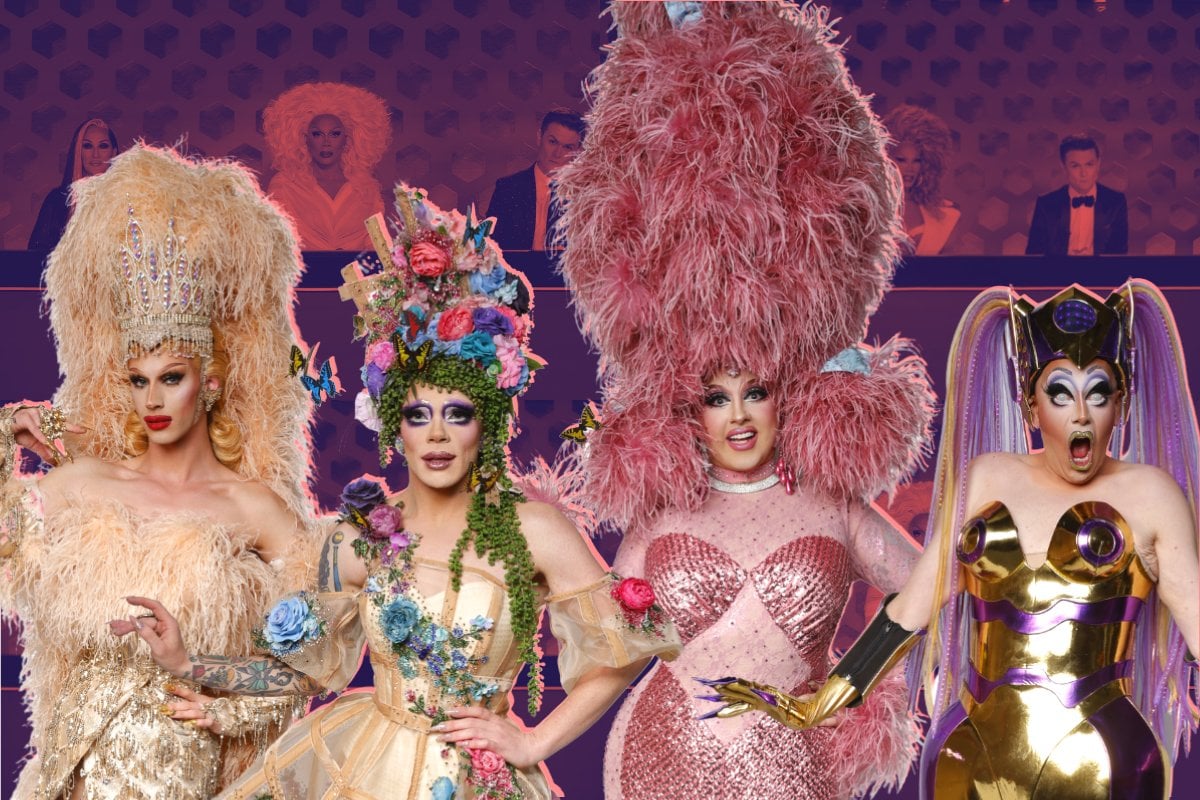 This weekend, four queens will take to the stage for the RuPaul's Drag Race Down Under finale on Stan.

Art Simone, Kita Mean, Karen from Finance and Scarlett Adams will stand in front of RuPaul one last time, as she crowns the winner of the inaugural season featuring Australian and Kiwi queens.

And while they will look like the queens they were when they entered the workroom on day one, the experience of Drag Race has been a lot more profound than they ever realised it would be.

Watch: The RuPaul's Drag Race Down Under contestants. Post continues below video.

Drag Race is a drag competition, it's also so much more than that.

Art Simone (who was eliminated in episode two before returning in episode four) said the competition gave her a new perspective, which she's carried on post-show.

"My mindset is different. The product I present isn't different, I'm always going to be the same dickhead who makes a fool of themselves and tries to make people laugh. My drag is about trying to make the smallest person in the room feel like the biggest person there," she explained to Mamamia ahead of the season finale. 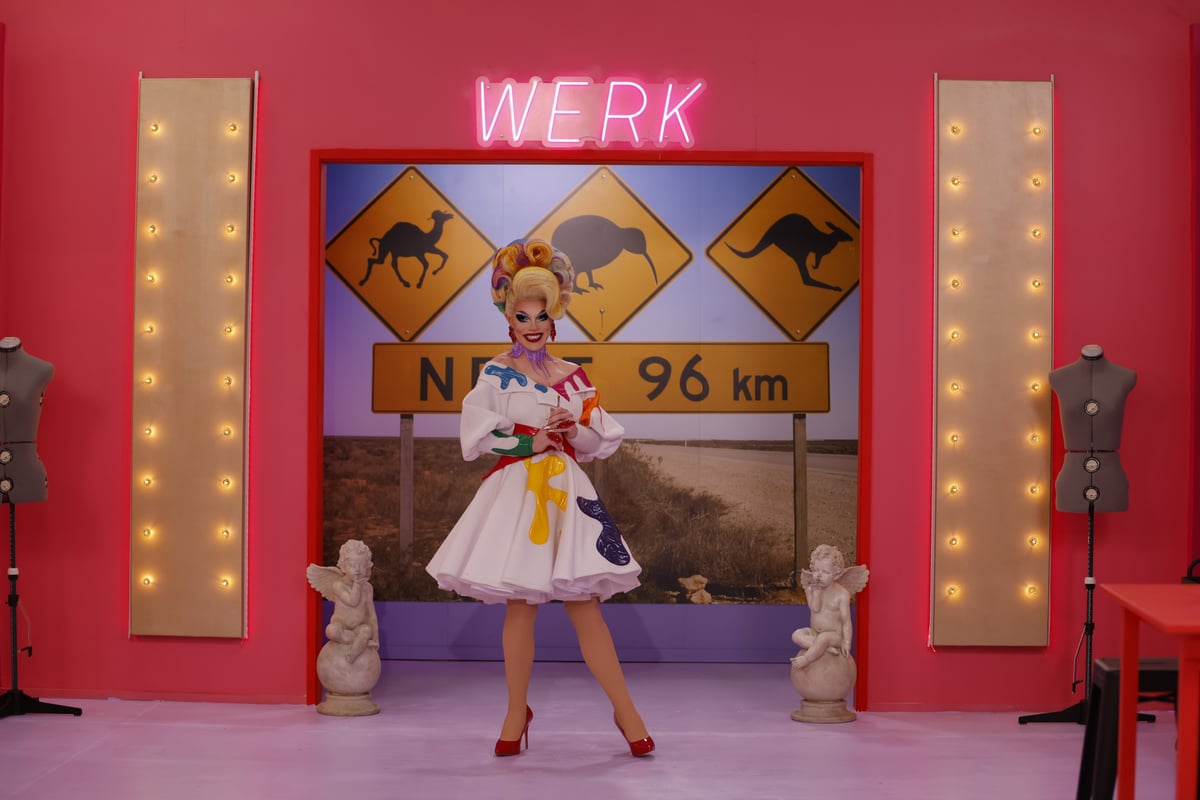 Art said she's been looking after herself a lot more after the show wrapped.

"Pre-Drag Race I was a 'yes person' and I'd say yes and do everything, I'd work myself to the bone and I was running on empty. I didn't realise it but I was destroying myself," she said.

"Now, I have the power of saying no and that is a very big and exciting thing to be able to say now... I think post-Drag Race, it's really helped me to look after myself in the long run and look after the people around me."

Plus, Art hasn't stopped crying since entering the werk room on day one.

"Before Drag Race, I never cried, I never showed any emotion whatsoever. I was like, business b*tch. But as soon as I was on Drag Race filming I was weeping in a corner because I couldn't help JoJo because she's my friend... Ever since then I haven't stopped crying. I'm just a tap, but I think it's great because I don't build things up anymore and I can feel my emotions now.

"They cracked it, and I'm actually better for it and I'm not afraid to show my feelings which is really wonderful."

When Art returned to the competition, the intense backlash from fans led her down a pretty dark place.

"I went into a really dark spiral because it was meant to be such an exciting time and instead I just had constant messages and tags and comments from people telling me I was an awful piece of shit. It was really bad!

"I've had hatred like this before but it just hit differently this time. I think because it was so personal."

What helped was a strong support network and a newfound family in the global Drag Race community.

"When I was going through that hard time, the amount of Ru girls from the international series' who were messaging me and touching base and making sure I was okay [was surprising]. I was so surprised, little ol' me in Melbourne getting messages from girls across the world being like 'are you okay? If you need anything call me, here's my number'." 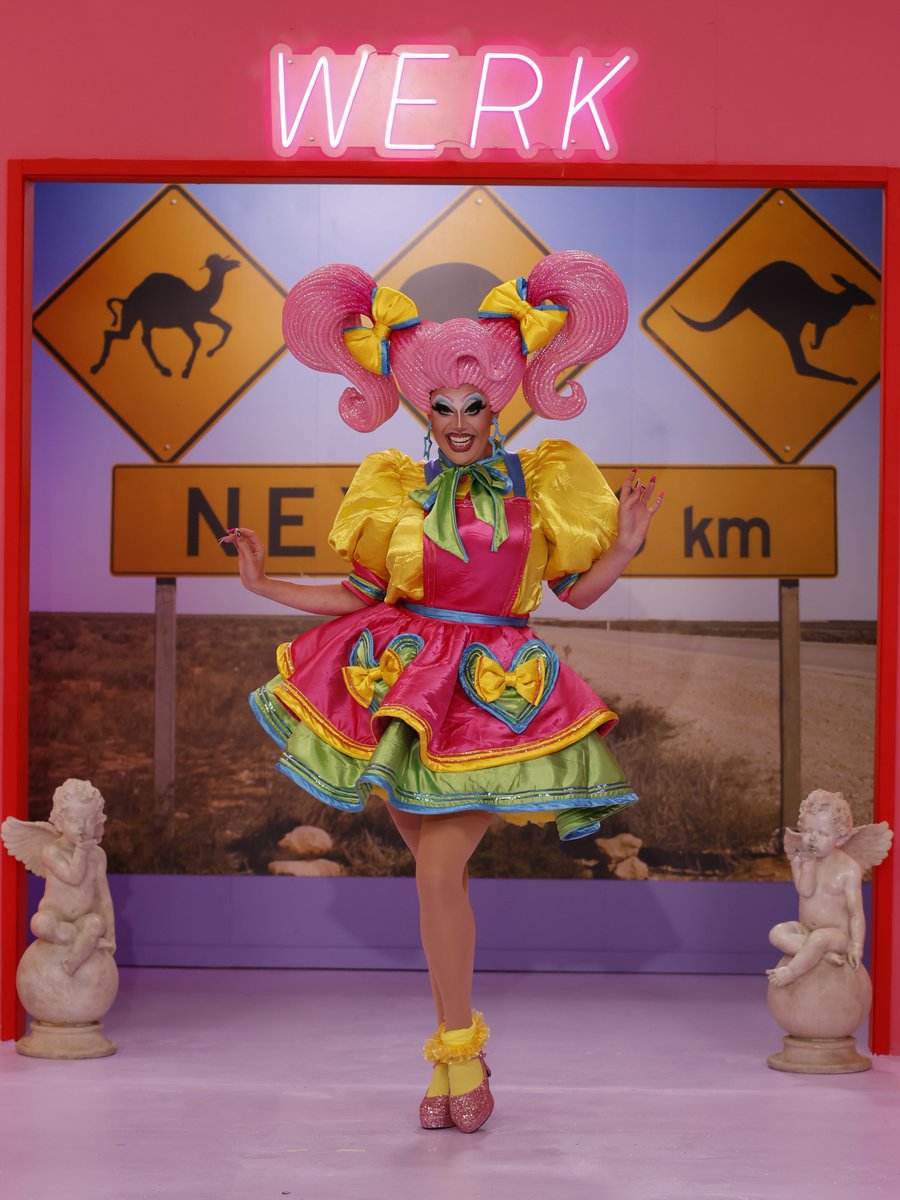 Kita Mean told Mamamia she didn't expect Drag Race to be such a profound experience.

"RuPaul has this way, and same with Michelle, they have such a genuine caring nature about them that penetrates your soul and makes you feel comfortable to really look inside your soul and understand yourself," she said.

Kita, who is a fan favourite and considered by many the most worthy winner, said Drag Race was beyond her wildest dreams and she couldn't believe the positive reaction she had received.

"It still feels surreal," she explained. "There's no word that does justice to my feelings... I never would have thought that would be the case, it's so overwhelmingly positive."

She has been overwhelmed by fan messages of support, and also... other things.

"There are some really crazy messages, from those who want to send you 'inappropriate photos' to people who have really intense situations in their lives that they've gone through that they want to reach out to you about. So it is crazy.

"It's cool though that people trust me with their life story or with their d*ck pics. That people feel safe to do that with me, it's so special."

Both queens want to use their newly increased platform to help elevate others within their communities.

"It's launching me harder than I could ever have understood," Kita said.

"Now all I want to do is slowly spread that love and highlight some of my sisters and brothers and drag whānau [family]."

Art said Drag Race had become "the industry standard for what makes a good drag queen", which wasn't necessarily true, but with her experience, came new opportunities and a stronger voice.

"I'm very, very grateful for that because I can continue my mission of bringing drag to places it hasn't been before and where there aren't safe Queer spaces.

"My name now has more pull and more power and I'm very excited to be able to use that to help people."

The RuPaul's Drag Race Down Under finale airs on Stan on Saturday, July 19.