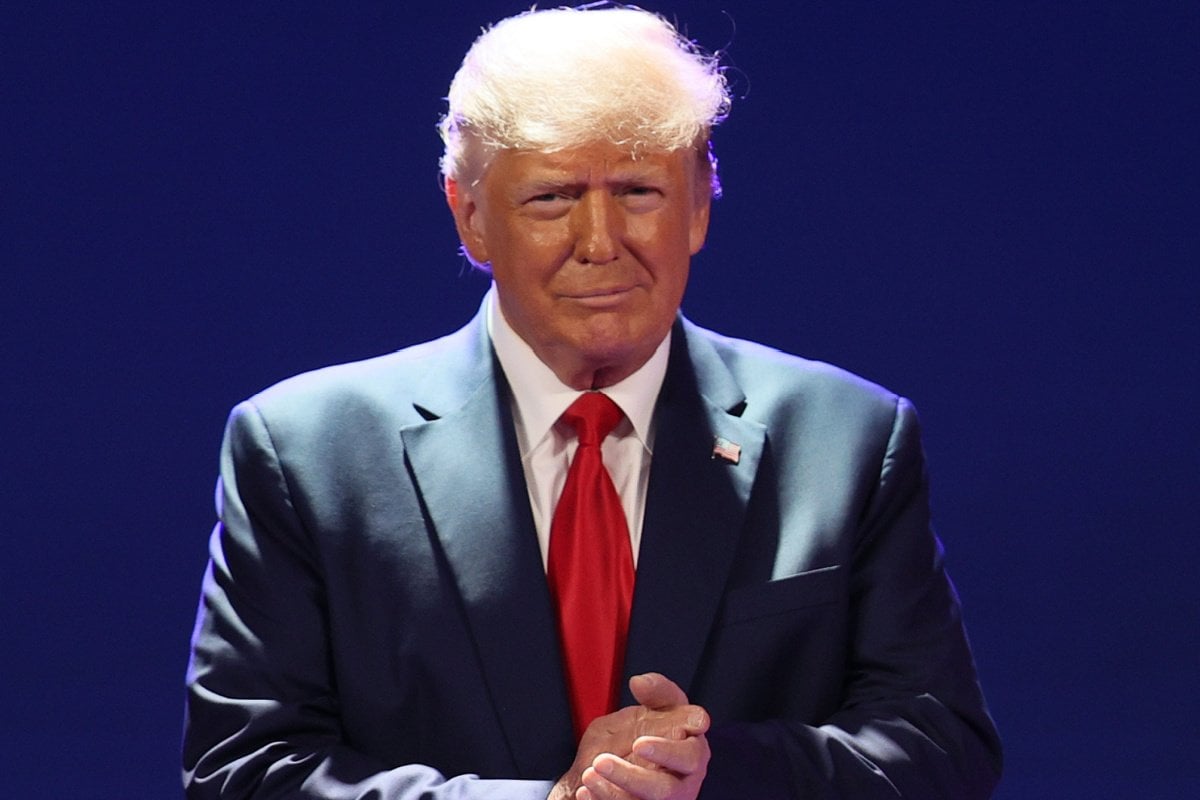 In February 2021, we had a relatively Trump free month.

After Joe Biden's inauguration in late January (which Trump refused to attend), the former US president slunk off to Florida and with no Twitter to yell from, we had four weeks of silence.

But we were kidding ourselves if we thought that was the end.

Lo-and-behold Trump is back. He gave a lengthy address at the Conservative Political Action Conference (CPAC) on Sunday. And while he never let the office of US President get in his way, he now has the ability to spread misinformation and division from a place he arguably feels even more comfortable - in opposition.

Watch: Some of Trump's speech at CPAC. Post continues after video.

From there, he gets to tear down, criticise, undermine and bully the sitting president and his party without having to do any of the work.

And for a man who has spent recent weeks being kicked off social media, forced to face a historic second impeachment and shown the Oval Office's door after just one term, he's ready to make himself feel powerful again.

"Biden has had the most disastrous first month of any president in history," he told the CPAC crowd, most of whom were unmasked and standing side-by-side. "You knew the Biden administration would be bad, but we didn’t know it would be this bad… how radical left he would become."

Amongst bravado and bragging, he teased a possible run in 2024 a few times with remarks like, "I may even decide to beat them a third time," and "a Republican president will make a triumphant return to the White House... I wonder who that will be? Who, who, who will that be, I wonder?"

Without any evidence, Trump claimed Biden's policy changes were triggering a new crisis at the southern border and creating a youth migrant crisis.

He once again called out the "rigged" elections and "The Big Lie" despite there being no evidence.

He took direct aim at the transgender community, complaining that women's sports were being "turned upside down," vowing to protect it at all costs.

Listen to Mamamia's news podcast The Quicky on why people supported Donald Trump.

He criticised Biden for rejoining the Paris climate accord and slammed him over lifting sanctions on Iran. He took credit for the vaccination of Americans against COVID-19 (even though it had nothing to do with him) and accused Joe Biden of being anti-jobs, anti-family, anti-women and anti-science. All while, as always, refusing to present any evidence.

Donald Trump did everything we would've expected him to do in his first speech since being booted from the White House, and gave us a taste of the misinformation and exhausting dialogue we can expect from him for the next four years.

Trump was dangerous as president. But in opposition, he's got nothing to lose. And everything to gain from riling up his supporters and fuelling the already divided America he created in office. 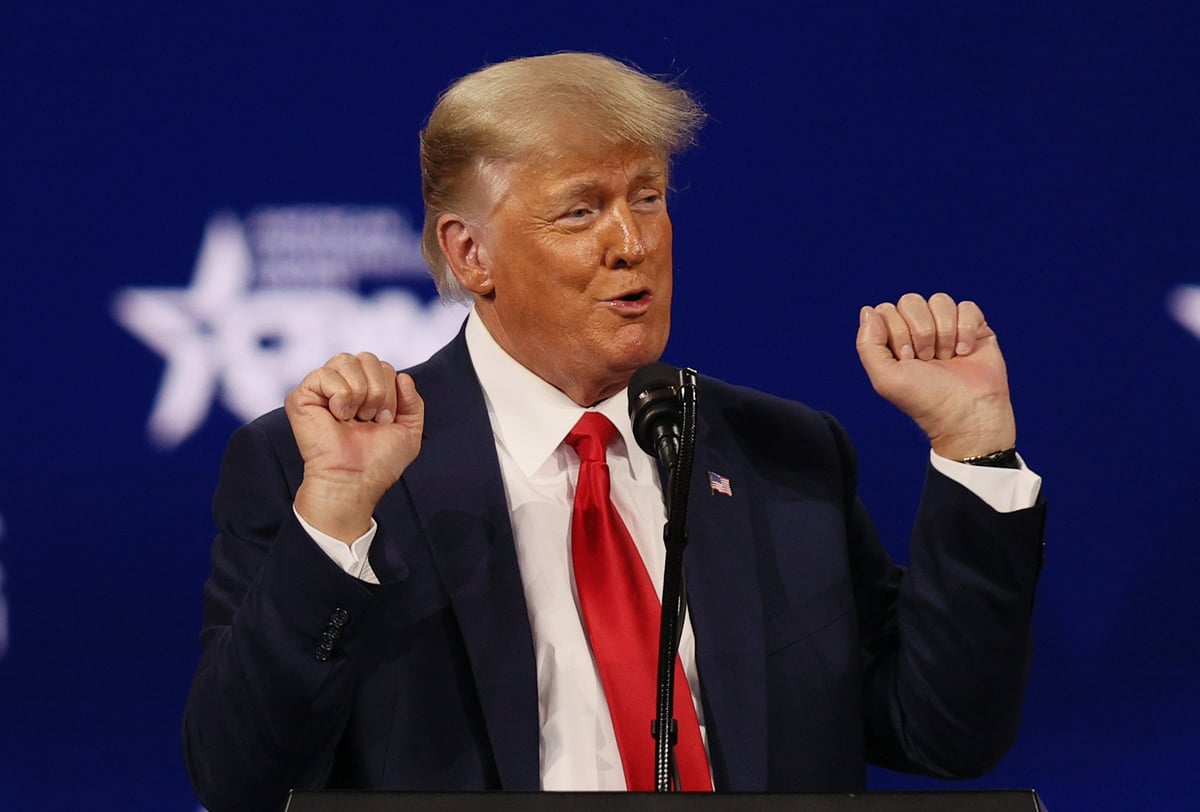 On both the criminal and civil litigation fronts, Trump is currently facing a bevy of lawsuits and investigations. Some relate to his pre-presidential business dealings, others are defamation claims from women he's accused of assaulting. And there are multiple probes into his attempts to overturn the 2020 election.

So far he has managed to elude legal liability which is only helping his image in the eyes of his followers. With no convictions, they can cry witch-hunt, and Trump comes out the other side looking like the victim.

Today the 74-year-old confirmed he's not going anywhere - even with legal threats coming at him from every direction. And with a disenfranchised, angry and reactive mob behind him he's more dangerous than ever before.

Reply
Upvote
3 upvotes
"Trump was dangerous as president. But in opposition, he's got nothing to lose."

Reply
Upvote
@cat Perhaps you could ask why Governor Cuomo doesn't appear to care about the thousands of deaths from Coronavirus which happened in New York nursing homes?

Reply
Upvote
1 upvotes
@guest2 what a blatant attempt at misdirection.

Reply
Upvote
2 upvotes
@cat You seemed happy enough for Trump to take responsibility for the 500,000 deaths from Covid in the USA, when the blame should be shared around.