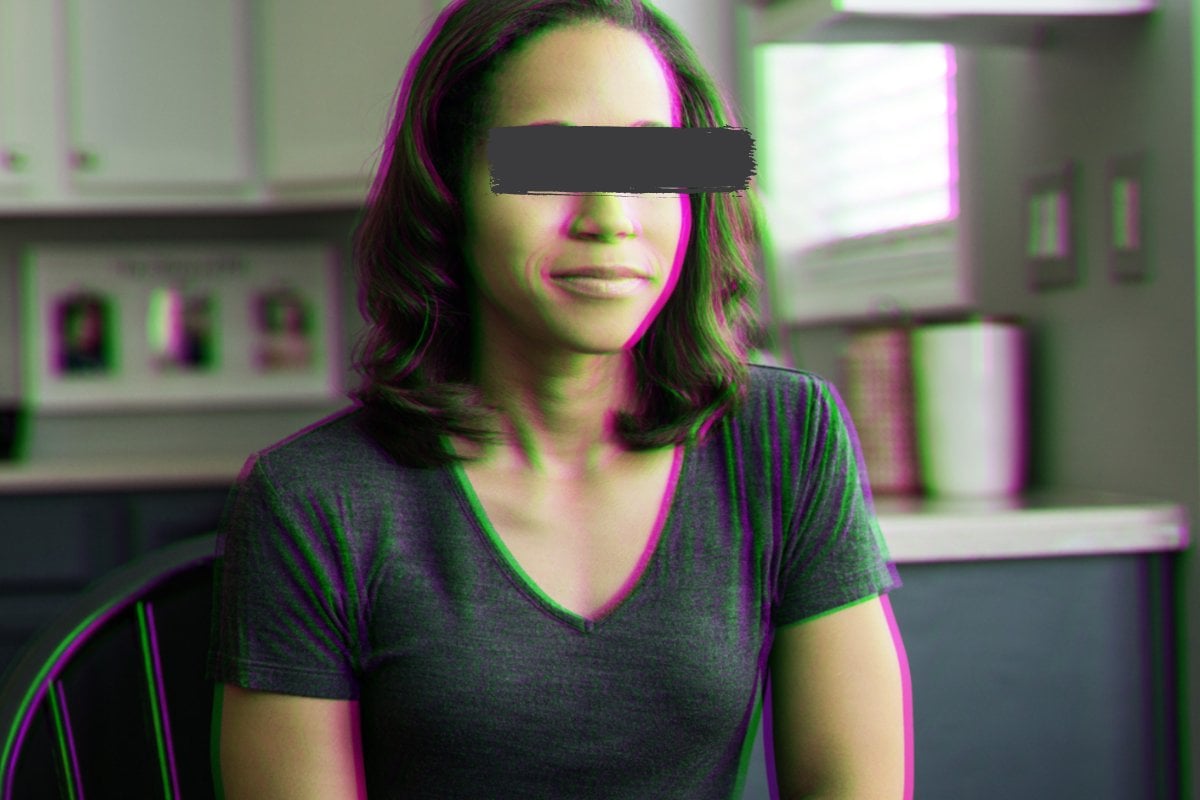 As Melbourne comes out of its fourth lockdown, we have seen an increase in calls to helplines and those needing emergency assistance to escape violent partners.

Escaping domestic violence was even an exception for the reasons you could leave home during the harshest COVID-19 restrictions.

This year I turned 31, which means I grew up as domestic violence was becoming something that was spoken about just above a whisper.

“It’s never ok to hit a woman,” my parents used to say.

As I became a teenager, there were ads on TV: “Violence against women, Australia says no”.

But ‘it’s never ok to hit a woman’ doesn’t even scratch the surface of the complexity of domestic violence.

While the definition of domestic violence and abuse broadens, one key part remains unspoken. Shame. And it’s this unspoken shame that kept me denying that I was in a domestic violence situation long after the relationship was over.

My relationship with Ben* started with a red flag - sexual tension arose between us at a party as we fired harsh insults at one another.

This mad, passionate love moved me interstate to stay in a terribly dangerous relationship.

On the evening of my 21st birthday, my friends and family came from regional Victoria to celebrate with me.

At the end of the night when we all got home from our evening out, a very drunk Ben spat abuse at me, calling me every name under the sun and threatening to hurt me. I’m not sure what spurred this, but it wasn’t unusual.

He would get drunk and get furiously mad at me, scream at me. It didn’t matter who was around.

Another time after a night out, we were out the front of our house, having a stupid drunk fight. He tried to grab my bag from my shoulder, I resisted, and he grabbed it so hard that I was pulled to the ground.

Another evening I had to get him from a friend’s house. He was blind drunk.

As I folded him into the front seat of our car, the only way I could manoeuvre a body too intoxicated to sit up straight, he spat at me.

Once home, he half-consciously slurred abuse at me from his side of the bed and he kicked me in the back.

I quietly cried as I asked him nicely to stop and go to sleep. The next morning our housemate’s girlfriend said that she wanted to call the police.

It was here that I began to fantasise about breaking things off. A couple of months into the move, Ben joined me.

It was as if he brought a storm with him. I remember a fight, a loud screaming fight that spilled out of our tiny bedroom into the lounge of our share house.

He was centimetres away from my face, screaming down at me. My housemates were there and as he finished his abuse, they stared expectantly, waiting for me to do something, say something.

I still remember the overwhelming feeling of shame. I knew that I should have said something, but I had learnt by this stage that silence was safest.

Despite the very narrow definition of domestic violence that I grew up with, I knew that this behaviour, that this relationship wasn’t ok.

It wasn’t until many years later, safe in a healthy relationship with my now fiancé, with a few extra years under my belt, that it finally dawned on me what I had lived through.

Domestic violence is so incredibly complex. It’s not as easy as they hit you, you just leave.

Sometimes they never actually hit you. Sometimes you love them, sometimes you sympathise with their troubled childhoods.

But you almost always feel shame and that’s not something that was conveyed in the ads.

The shame I felt kept me in that relationship for four and a half years.

Almost 10 years after the relationship ended, it’s still there. Shame for not recognising what I was experiencing, shame for not defending myself, shame for believing him when he said sorry, shame for staying and shame for keeping quiet.

A woman I used to work with was also a domestic violence survivor.

When we knew one another, she was fighting an expensive legal battle to keep her house from her ex-husband and was heavily involved in domestic violence campaigning. She was so strong. She IS so strong. But my experience didn’t make me feel like that.

The shame isn’t often a part of that’s included in the survivor stories. But it should be.

I’ve been carrying this shame around for more than a decade, but this shame shouldn’t have been mine to begin with.

This shame made me stay in an abusive relationship and take responsibility for issues that weren’t mine. This shame is what likely makes other women like me stay too.

Talking about shame is uncomfortable, so we bury it, deep down inside ourselves. But it’s important to acknowledge because that shame is dangerous.

In the worst parts of our relationship, I couldn’t bring myself to talk about what was happening, let alone muster the courage to leave.

But once we know that shame is common and - more importantly - misplaced, we can dismantle it. Not just for ourselves, but for other women and female identifying people that find themselves in similar situations.