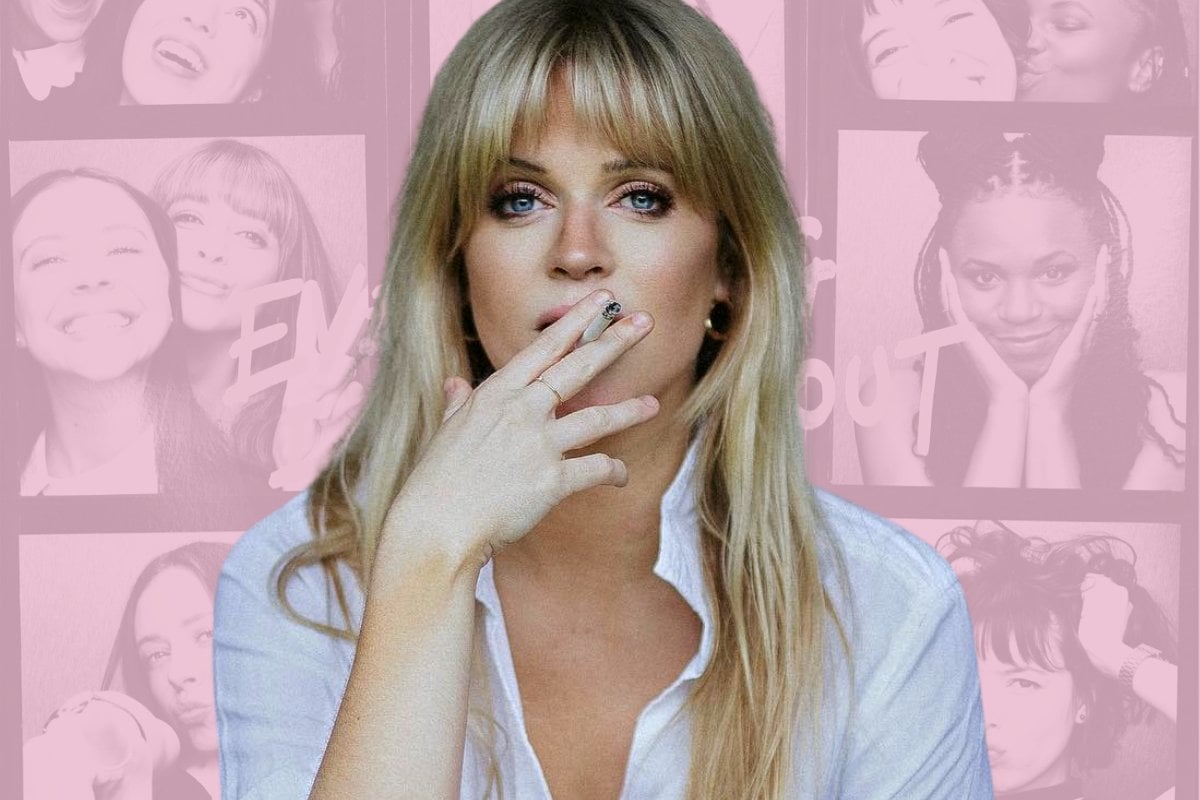 It's a question that's flung around occasionally between friends – often after a round of rosés when we're all feeling a little too nosey.

Who would play you in the TV show about your life?

A question that demands you toe the line between being righteously humble and appallingly cocky. One that gives you the hypothetical power to pluck out any celebrity and tie them to a representation of yourself.

It's also a question Dolly Alderton had to ask herself. But for her, there were no hypotheticals involved.

And that's because Dolly's life has been turned into a TV show. Her best-selling memoir, Everything I Know About Love, has been transformed into the 7-part series that is streaming now only on Stan.

Watch the trailer for Everything I Know About Love. Post continues after video.

For those of you who don't know, Dolly Alderton is a writer. She started out with a personal blog (typed out from her bedroom in a share house), which evolved into a weekly column all about sex and dating.

Alongside her writing, Dolly famously worked as a story producer on Made in Chelsea (a reality TV show which chronicles the lives of posh British people) and created a rather popular podcast with her pal Pandora Skyes called The High Low.

Jotting down her life story along the way, Dolly's memoir, Everything I Know About Love, has now been adapted for screen – which brings us to this fabulous series.

From the producers of Bridget Jones' Diary and Love Actually and directed by China Moo-Young, the series follows the lives of four mates living in a share house in London in 2012. The rowdy bunch is made up of Maggie (played by Emma Appleton) who is the main character, loosely based on Dolly. Her childhood best friend, Birdy (Bel Powley, who you'll recognise from The Morning Show and The King of Staten Island), plus their university mates Nell (Marli Si, from Alex Rider) and Amara (played by Aliyah Odoffin in her first role fresh out of drama school). 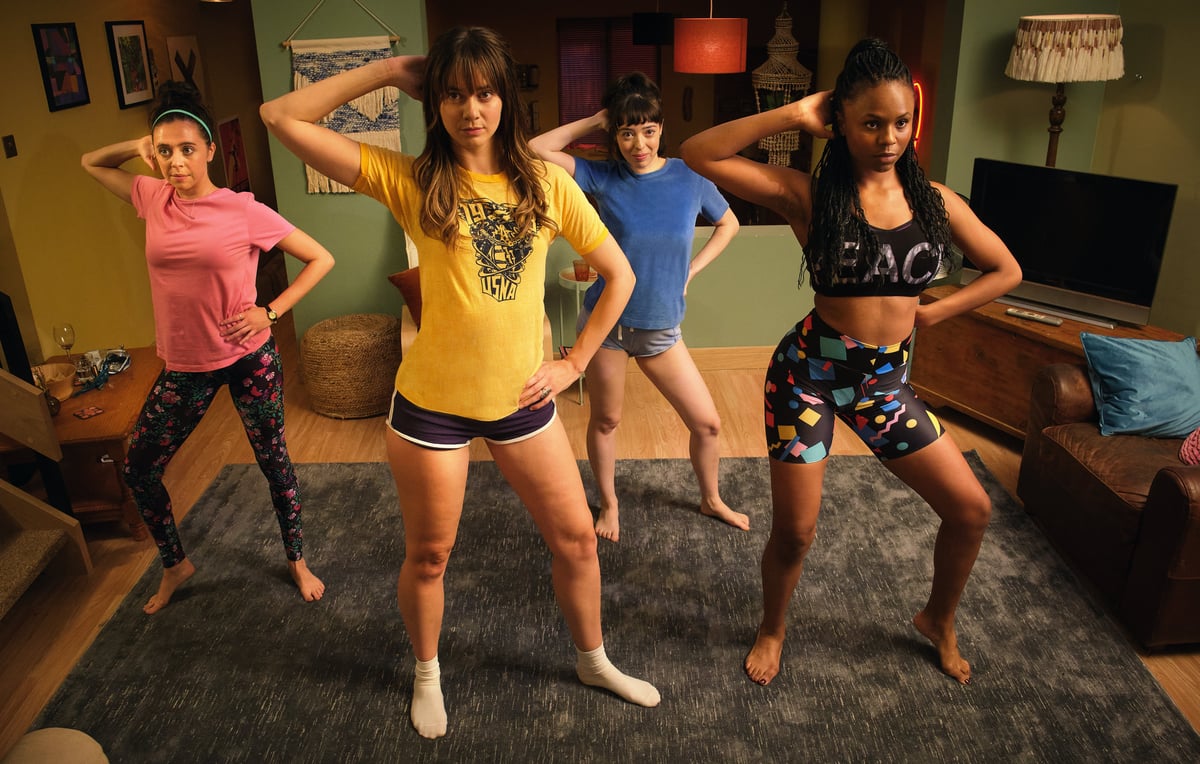 The show chronicles the grubbiness of your early twenties brilliantly, sharing the ins and outs of Maggie figuring out the world: one job application, boozy night out, best friend breakup and one-night-stand at a time.

Dolly tells Mamamia that the process of pulling this memoir together was like "no other writing experience I've had before or since".

"It was like getting in a time machine every day to go back to a particular phase of life and to, you know, get back in the headspace of what it was to experience that in real-time. And then, of course, you have to write about it with kind of clarity and a sense of analysis – a sense of clear-sightedness.

"Emotionally, I think it's quite a grueling experience. I found writing a novel much, much easier than writing a memoir," she says over a Zoom call.

Fortunately, the process of converting said memoir into a fully fledged TV show was slightly simpler.

Dolly has taken some creative license when converting her memoir for screen – choosing to chop out elements of her own life to allow for a fictional story to flow.

However, as she explains to Mamamia, the embarrassing anecdotes from her youth that she may have preferred to leave out of the TV show are the ones that often become large plot points and the focus of the on-screen drama.

"Stuff that you end up losing is more the stuff that's like, gentle, but doesn't move the story forward. [It could be] funny, but might not translate to screen or, you know, like convoluted, little details that just slow the pace of the story down and muddy the picture that you're trying to paint of this world. So, that's the stuff that you end up losing," Dolly says.

"All the super cringe or super painful stuff though, I was like 'let's put that on screen and then amp that f**king up'."

The cringe is delivered in spades in Everything I Know About Love. We see walking in on friends losing their virginity, dancing around in g-bangers, and the desperate sting of rejection played out over and over again.

While Dolly admits the process of writing the show made her realise she's a "total details fanatic," if there was one thing she was adamant about nailing in the series, this was it.

It was of such importance to Dolly that she reviewed, re-reviewed and then triple checked again on scripting to make sure it was perfect, before following up that the writing had translated properly to the scenes by being on set daily.

"We just couldn't drop the ball on that for every scene," she explained. "Basically, we had to revisit 100 times and say: Where are they here? Where are their hearts here? How do they feel about each other here? It was so laborious, that part of the writing, but it's so important." 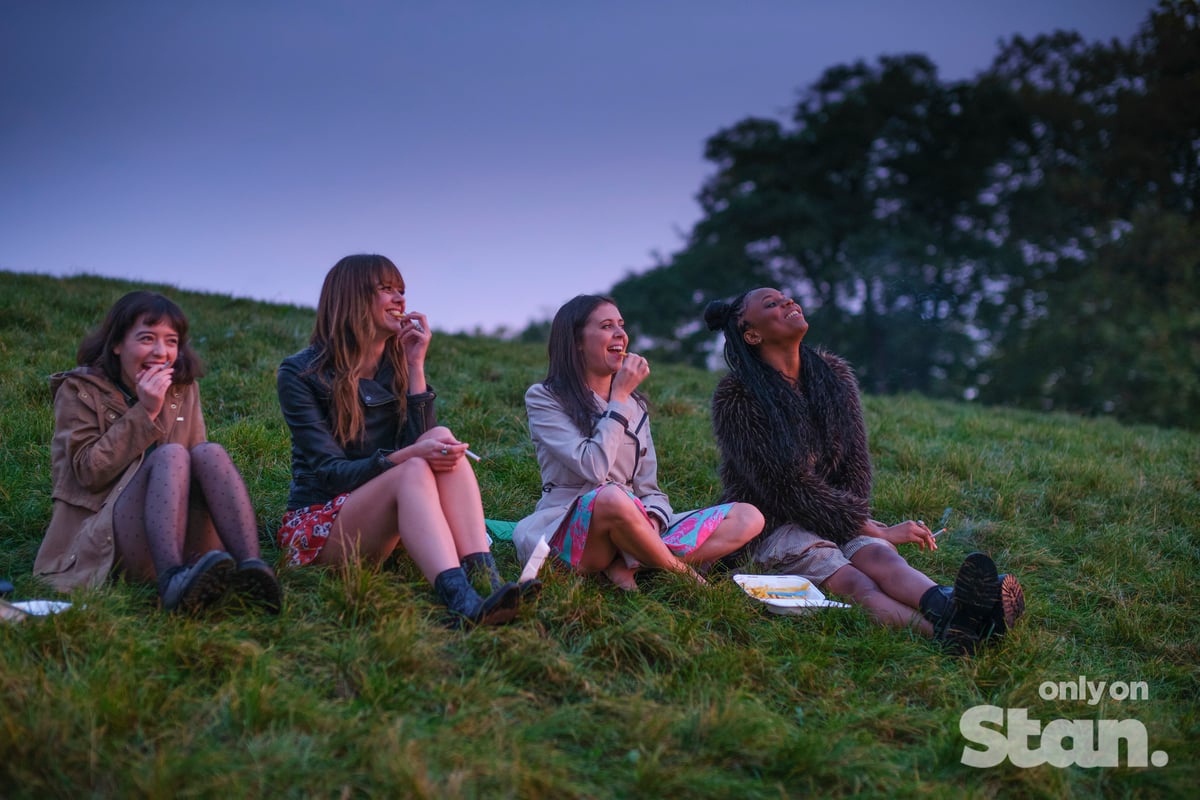 Returning to the opening of this article, I bet you're wondering just how tricky it was for Dolly to cast the role of herself in Everything I Know About Love.

Well, it turns out getting so deep into the weeds of Maggie (the 'Dolly' of the show) allowed her to detach slightly, and set her up as her own character. Still one that represented Dolly and her lived experience, but one that she could get more creative with.

"Fortunately, it didn't feel like I was looking for a Dolly impersonator," she explained. "By the time we were casting, I was so involved with Maggie and was trying to work out Maggie every day that I didn't feel like when we were getting actors to come in, I wasn't like, 'do you remind me of myself?' What I was looking for is, 'do you most naturally and realistically embody this person who I've created on a page who vaguely began with like the essence of who I am?'."

But as with most memoir turned TV adaptations, comparisons will ultimately be drawn between Maggie and Dolly. Because they share the same life – growing up in Stanmore, moving to London with their best mates, landing a job producing reality TV, going on a lot of rogue dates – the actor playing Maggie needed to have a certain Dolly-ness to her. 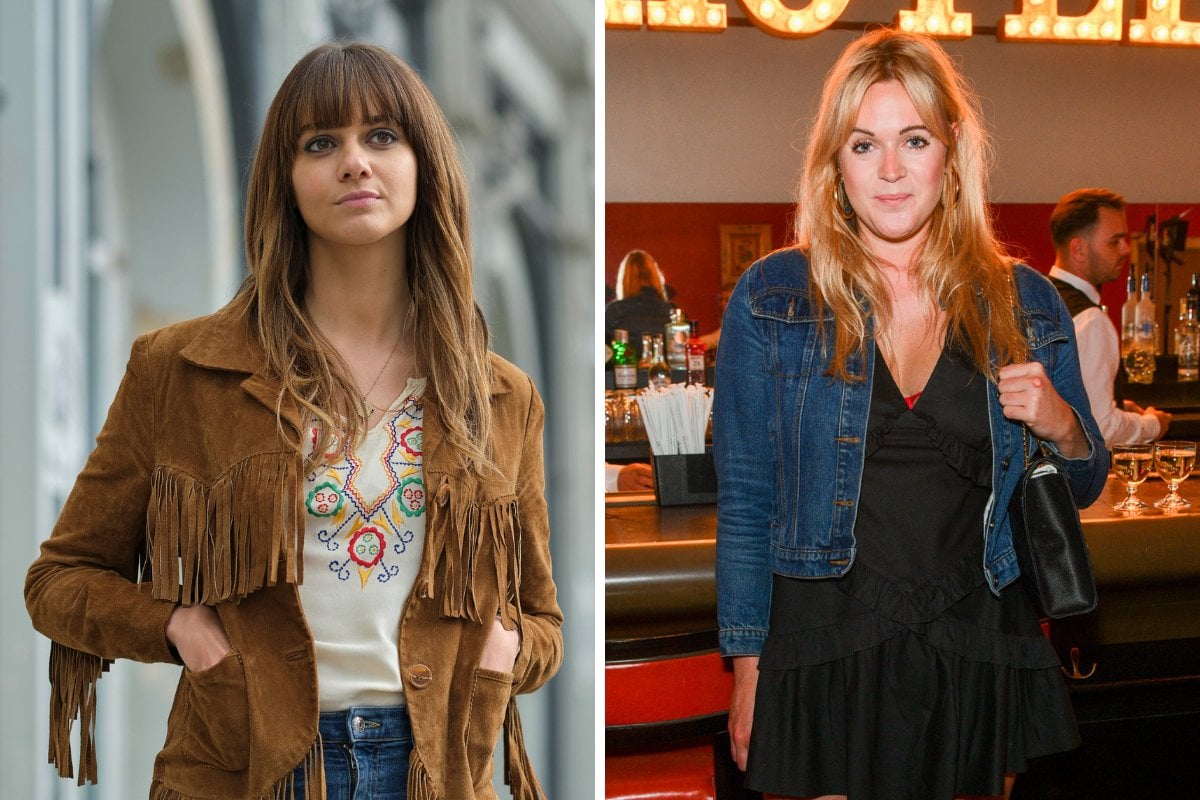 The British actor nailed the character of Maggie, tracking the course of friendship, failure, romance and love perfectly. With particular credit due to that scene where Maggie dances around her new London house in her undies before crash landing into her friend's bedroom, while said friend is bonking – a moment that Dolly swears happened IRL.

I ask Dolly, after years of writing books, recording podcasts and now making TV shows about love, does she feel like she knows more or less about it?

"I'm exploring love in my work every day, whether it's about family or friends or romantic love, like in every part of my work, that's what I'm doing. So every day, I hope that I'm understanding more and more about the human heart," she responds.

"Whether I'm able to apply that to my real life, however, is very much up for debate."

Everything I Know About Love is now streaming only on Stan. The book is published by Penguin Random House Australia.