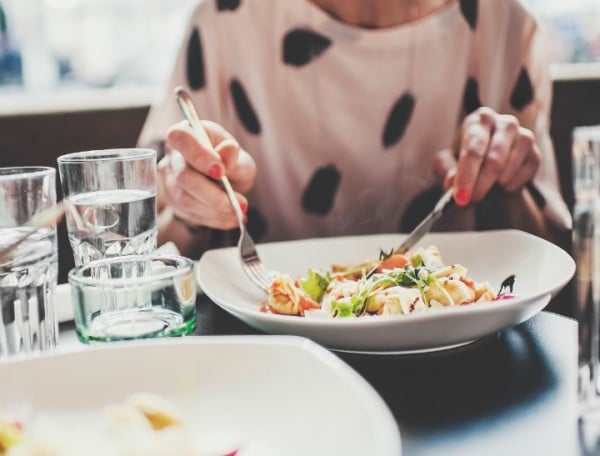 By Cameron Webb, University of Sydney.

It only takes a single fly to alight on your picnic lunch to make you uneasy about what germs may have landed with it. But what harm can come from a fly landing on your food? Should you throw it away?

There are hundreds of different fly species in Australia. This diverse group of insects ranges from mosquitoes and biting midges to bush flies and blowflies.

They play an important role in the environment by assisting decomposition, pollinating plants and providing food for insectivorous predators. They can help solve crimes and treat infected wounds.

Many of these flies pose a health risk but none hang about our homes more than the house fly. It’s a ubiquitous presence during the warmer months, can be a substantial annoyance and may also be a potential health risk.

Musca domestica, commonly known as the house fly, is one of the most widespread nuisance insects in the world. It has found a place in and around our homes. It is closely associated with rotting organic waste, including dead animals and faeces. It’s no surprise they’re commonly known as “filth flies”.

After laying eggs, maggots will hatch out and eat their way through the decaying organic material before pupating and then emerging as an adult fly a few days later. The adult flies can live up to a month and may lay hundreds of eggs over that time.

From poop to plate

When it comes to passing on pathogens, it’s not necessarily the fly itself but where it’s come from that matters. Flies don’t just visit freshly made sandwiches. They spend far more of their time in rotting animal and plant waste. Among this waste can be a range of pathogens and parasites.

Flies don’t have teeth. They can’t take a bite out of our food, so they have to spit out some enzyme-rich saliva that dissolves the food, allowing them to suck up the resulting soup of regurgitated digestive fluids and partially dissolved food. If a fly has plenty of time to walk around on our food vomiting up, sucking in and defecating out, the chances of leaving behind a healthy population of pathogens are high.

Brush off or toss out?

In most instances, spotting a fly on your food doesn’t mean you need to throw it out. While there is little doubt that flies can carry bacteria, viruses and parasites from waste to our food, a single touchdown is unlikely to trigger a chain reaction leading to illness for the average healthy person.

Flies that land out of sight and wander about for a few minutes vomiting and pooping on your food or food preparation area are more of a concern. The more time passes, the greater the chance of pathogens left behind by the flies growing and multiplying on our food. That’s when health risks increase.

Having plenty of flies about can be a concern but risk is generally higher in regions away from the city. There are not only likely to be higher numbers of flies but a greater chance they’ll be in contact with dead animals and animal waste.

There is no shortage of opportunities for flies in the city either but, for the most part, insecticides and improved hygiene standards assist in fly control and minimising the risk of contact with contaminated substances.

Ensure your food is covered while preparing, cooking and serving outdoors and don’t leave “leftovers” sitting about outside for the flies. There are plenty of other reasons food safety is important over the summer, not just to stop flies touching down.

Screening windows and doors will help block flies from coming inside, but also minimising garbage around the house is critical. Ensure bins are cleaned regularly, household garbage is covered and animal waste is routinely cleaned up. The addition of insecticidal surface sprays around bin areas will help and, inside the home, a range of knockdown sprays will keep the numbers of flies down.

An old-school fly swat works a treat too.