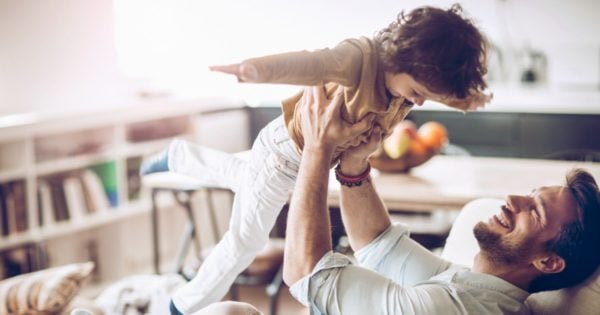 Most people want to have children sometime in their life and expect this will happen when the time is right for them. In Australia, the “right” time to have a first child has shifted from being in the mid-twenties a few decades ago to around 30 today. In 1991, less than a quarter (23 per cent) of women having their first child were over the age of 30. In 2012 this had risen to more than half (55 per cent).

Age has a significant impact on fertility and the chance of having a healthy baby. In women, fertility starts to decline slowly in their early thirties and this decline speeds up after 35. The monthly chance of pregnancy for couples in which the woman is 35 or younger is about 20 per cent, and 80-90 per cent achieve a pregnancy within 12 months. By age 40, the monthly chance has dropped to five per cent and only 50 per cent of couples conceive within 12 months.

While most people might think age only affects female fertility, there is growing evidence that sperm quality decreases as men age, starting at around 45. Women with male partners aged 45 or older are almost five times more likely to take more than a year to conceive compared to those with partners aged in their twenties.

There is also research that shows that older fatherhood increases the risk of miscarriage and birth defects and of their children developing schizophrenia and autism spectrum disorders.

Age-related fertility decline is a cause of involuntary childlessness or having fewer children than planned. To overcome age-related infertility, people often turn to assisted reproductive technologies such as IVF for help.

In part, as a result of increasing age at first birth, Australia’s fertility rate, which is the average number of babies born to a woman throughout her reproductive life, is at an all-time low.

Existing research – and public discourse – relating to childbearing focus almost exclusively on women. Declining fertility rates are often portrayed as being the result of women delaying childbearing to pursue other life goals such as a career and travel.

But studies we have conducted indicate it’s the lack of a partner or having a partner who is unwilling to commit to parenthood that are the main reasons for later childbearing and involuntary childlessness.

We also know, contrary to the common stereotype that parenthood is more important for women than for men, that men desire parenthood as much as women do. So how do men influence the age of childbearing and fertility rates? (Post continues after gallery.)

To better understand men’s role in childbearing decisions and outcomes we conducted a survey of 1,104 randomly selected Australian men aged between 18 and 50 years.

What men know about fertility.

We found that most men (90 per cent) wanted at least two children. Almost all (97 per cent) said they had enough knowledge about reproduction for their needs but when they were asked at what age fertility starts to decline most underestimated the effect of age on male (55 per cent) and female (68 per cent) fertility.

Responses to a question about the chance of having a baby with IVF for women in their late thirties or early forties showed that more than half of the men (60 per cent) believed assisted reproductive technologies can overcome age-related infertility. We also asked up to what age the men thought it was acceptable for a man to have children and most (62 per cent) thought it was acceptable for men aged over 50 to father a child.

Childbearing and parenting are shared endeavours, and this study suggests that men’s lack of knowledge about fertility and attitudes towards acceptable ages for parenthood might put them at risk of missing out on ever having kids, or having fewer children than they wanted to have.

Attempts to increase men’s knowledge about the limitations of fertility may increase the likelihood that men (and women) achieve their parenthood goals.

The bottom line is, for men who have a partner and want to have children, the “right” time to become a dad is sooner rather than later.

The guys who waste women's best fertility years - stringing them on without any true intention of committing - are fertility vampires.

Having children with a women in the western world is a pretty high risk investment for men nowadays. In fact the best way to make sure you end up broke, alone, depressed & perhaps even suicidal is to get married, have children, so she can then leave you, take your kids, take more than half your assets while leaving you with the debt for those assets. And it doesn't stop there, she has a claim on your future earnings in the form of child support until the youngest finishes school, that she can spend how she sees fit, & not necessarily on the children. Nowadays she can even take half your superannuation as well. All the while the msm & popular culture will tar & feather you as a dead beat dad. If you were going parachuting & the instructor told you less than half the parachutes will open, would you take the leap? Marriage with children is a bad deal for men & fatherhood. I've had to have 'the' talk with my sons & was glad to say I could see they understood the risks already. I think most young men have seen how their mums & the system have treated their dads. Statistics like these shows they've obviously been thinking about ways to mitigate the risks. I imagine a man over 50 who has established a large asset base that has been strategically off shored could enter into a serious relationship with a much younger & fertile women. He could spend his twenties, thirties, & forties enjoying life & working hard. As a wealthy man in his 40,s or 50's he could offer his young partner a good quality of life as a house wife as she raises the children & he continues to work hard into his twilight years toward retirement. She would be more likely to stay with him until 'death do us part, knowing she will inherit all his assets rather than just half of them by leaving him. By the time he dies she could become quite a wealthy independent women with her best years in front of her with adult children to take care of her & keep her company. Sounds like a plan.

I can hear your violins from here.

If you don't want kids, don't have sex. Simple!

You sound like a bit of a MGTOW. It's true though with no fault, or to put it another way, no reason divorce, men do take a huge risk getting married. Over half of marriages end in divorce with women initiating the process 8 times out of 10. Now, within that there are good reasons and no reasons. For men in marriage, you hear a lot of, "cheaper to keep her" talk around the office.

Marriage is a voluntary contract, if it's increasingly unfair to either side, fewer agreements get made. Marriage rates continue to fall here, although not as badly as some nations like Japan where the social expectations on brides and grooms is leading the nation to extinction with low birth rates and the emergence of the, "plant eating man", young men who have no interest at all in a relationship with a woman.

You have a really nasty streak.

You know what else sounds like a plan? Taking responsibility for your own reproductive organs.