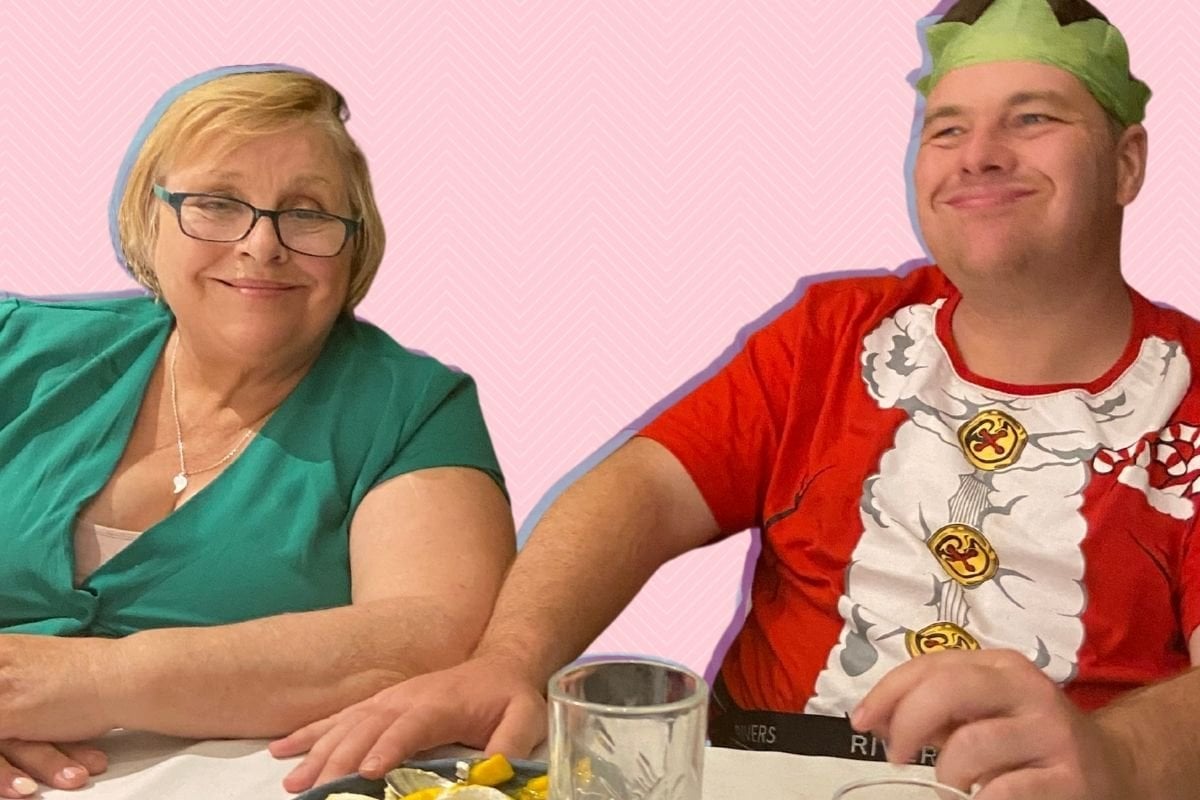 Michel was still lying in the hospital bed when it became clear she could not care for the baby she had just given birth to.

The hospital knew. Her family knew. Michel, herself, knew. And all anyone wanted was what was best for this eight and a half pound baby named Simon.

It was not a surprise that 28-year-old Michel couldn’t care for a baby. The family had spent her pregnancy researching options and asking uncomfortable questions.

If Michel put this baby up for adoption, the little boy or girl would be fostered for two years until it could be determined whether or not they had a disability. Then, the state would try to find a suitable family for a child who might have greater needs than others their age.

This was because Michel had an intellectual disability. So did her husband, Ron, who was the baby’s father.

In that hospital room, a decision was made by Philip and Beryl, Michel's parents, both in their 60s.

Listen to this week's episode of No Filter, about Michel and Simon. Post continues after audio.

They didn’t want their grandchild going into the foster system. If this child did have additional needs, they would rise to meet them. There was a way they wanted this child raised, and they believed they were the best people to do it.

We know what happened in the days, weeks and years following, because the people standing in that hospital room were our family.

Michel is our aunty, Simon our cousin, and Philip and Beryl our grandparents.

We’d be born a few years later - growing up alongside Simon.

Us with Simon on a family holiday. Image: Supplied.

But that doesn’t mean our family’s story is a simple one.

Conversations around contraception, bodily autonomy and sexual freedom are necessarily complex, especially when the person at the centre has a disability that prevents them from caring for a baby.

Our grandmother encouraged Michel to take The Pill, but knew she could not police her daughter’s sex life. Michel was an adult, legally and physically. But her disability meant she needed assistance with things like cooking, cleaning, writing and focusing on an activity for any length of time.

Having raised four children herself, our grandmother knew the work parenting involved, and knew that as quickly as Michel changed her mind about what she might like to do for work, she’d change her mind about looking after a baby. And that wasn’t safe or fair, for a child or for Michel.

Michel always had boyfriends. She loves weddings and engagement rings and someone to bring along to Christmas Day.

By the time everyone realised she was pregnant, she’d already left Ron (her husband) for a new boyfriend up the coast.

While Michel liked the idea of having a baby, she didn’t have the cognitive capacity to understand what it entailed. On television, labour looked like a few groans, and then a baby was wrapped up and put on your chest. Everyone doted on you. The baby mostly slept. She didn’t think beyond that because her disability meant she couldn’t. 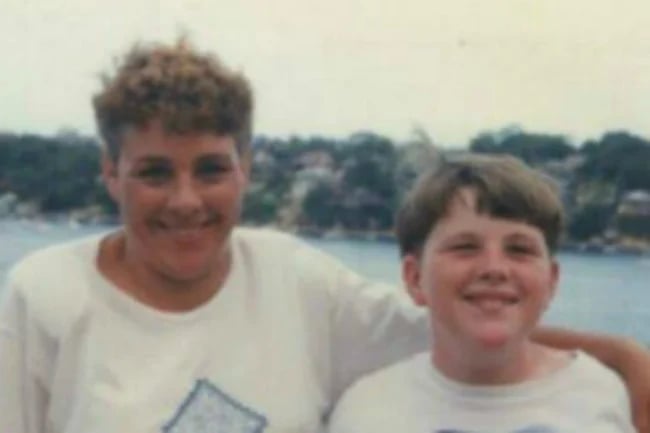 Michel will tell you now, labour hurt. It really hurt. She had an epidural in the end, and gave birth to a healthy, beautiful baby boy. She didn’t even pause before naming him Simon.

Pretty soon after birth - within hours - she had, and we mean this kindly, lost interest. She was curious but distant.

She was always happy with the decision for my grandparents to take Simon in. They wondered if one day, as they grew together, they might bond like mother and son. Simon has always called Michel mum, even though she’s never been his primary carer.

Gran and Pop had plans before Simon was born. Pop was due to retire after a long career with Qantas, and they wanted to travel the world. Their lives pivoted - they still travelled, but Simon and Michel came with them. They’ve always spoken about those memories so fondly. Looking back at photographs, Simon really was an exceptionally beautiful child. 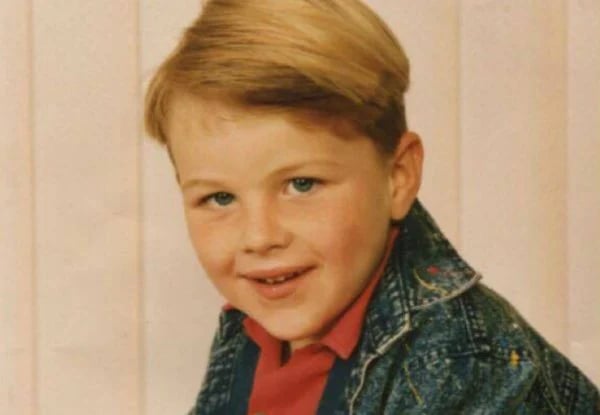 Simon as a child. Image: Supplied.

All of this is not to say their lives didn't become harder.

Stories about disability tend to do one of two things. They either tell a romantic story of triumph or a tragic story of struggle. But both narratives are too simple. Neither genre would be doing justice to anyone’s lives.

Until our grandmother died in 2014, she cared for both Simon and Michel. She cleaned Michel’s house, and rode the train with Simon. One day, she watched as school kids pulled faces at Simon, mimicking his disability. Sometimes, Michel lost her temper and got in trouble. Although she rarely talked about it, we’re sure Gran was tired. Some days she would have been frustrated. And there has to be space in this story for feelings that weren’t gratitude and joy. Otherwise it wouldn’t be true.

He loves coffee, musicals, travelling on trains, talking about the time (‘when do you start work? When do you finish?’), going on holidays with Pop, and diet coke with no ice.

He’s the type of person you can recognise from hundreds of metres away. He stands with his hands together, eagerly looking at the world around him. When he’s excited, he sways or rubs his hands and grinds his teeth.

If you were to approach Simon, or be introduced to him, he would point to his chest and say, "Simon. I’m Simon."

What he wants you to say is, "Hi Simon."

Pop tells us it’s Simon’s way of demanding he be acknowledged in a world that sometimes overlooks him. 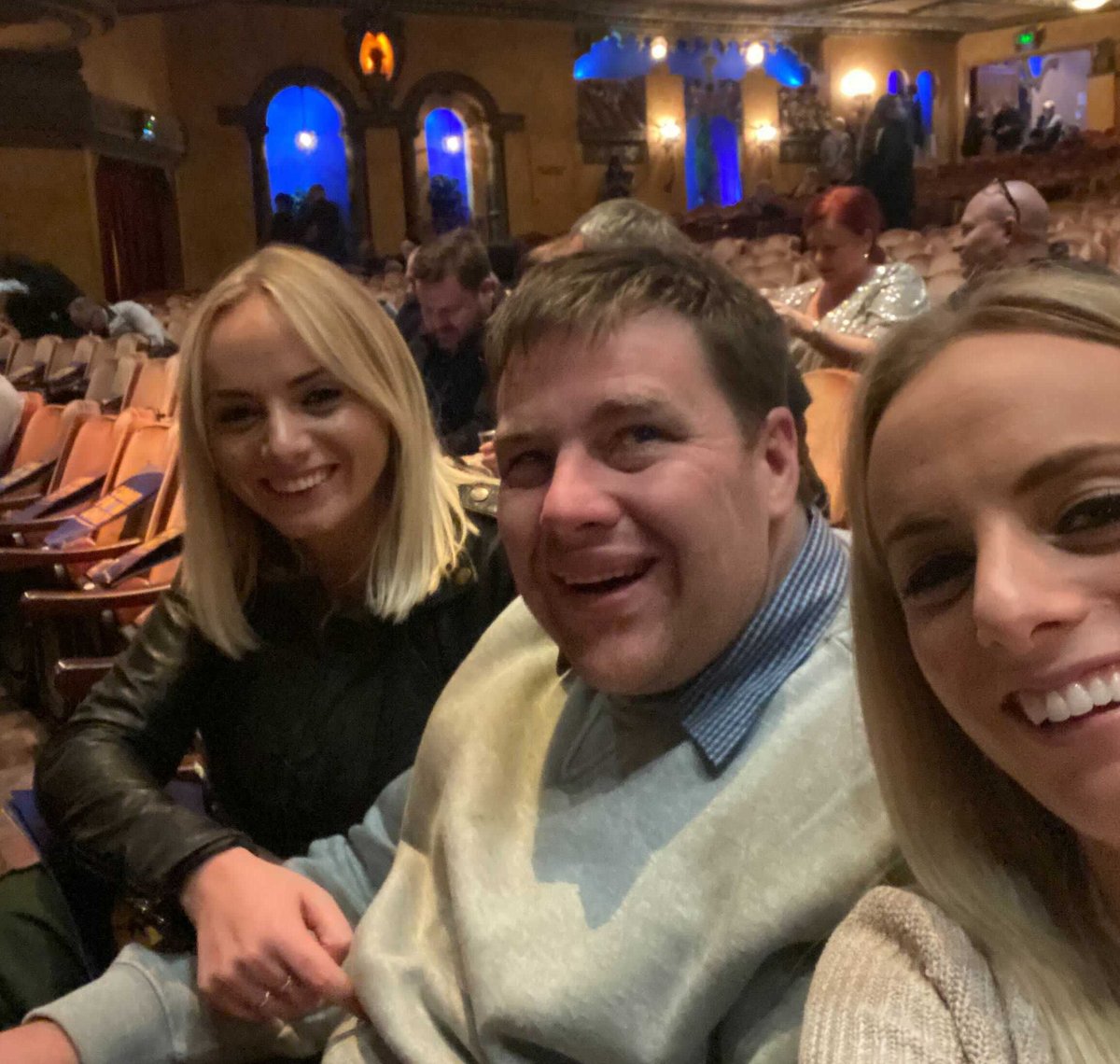 Simon at Come From Away the musical in Sydney. Image: Supplied.

He is proclaiming his own existence. If he had the words, he might say, “I’m here. My name is Simon. And I want you to speak to me just like you’d speak to anyone else.”

But he doesn't have the words.

In Australia, there are half a million families that include someone with an intellectual disability. While the voices of people with these disabilities must be central to the conversation, that becomes difficult in the case of both our cousin and aunty, who are limited in how much they can advocate for themselves. They cannot tell their own stories by traditional means. So, for 63 years, our family have been fierce advocates. 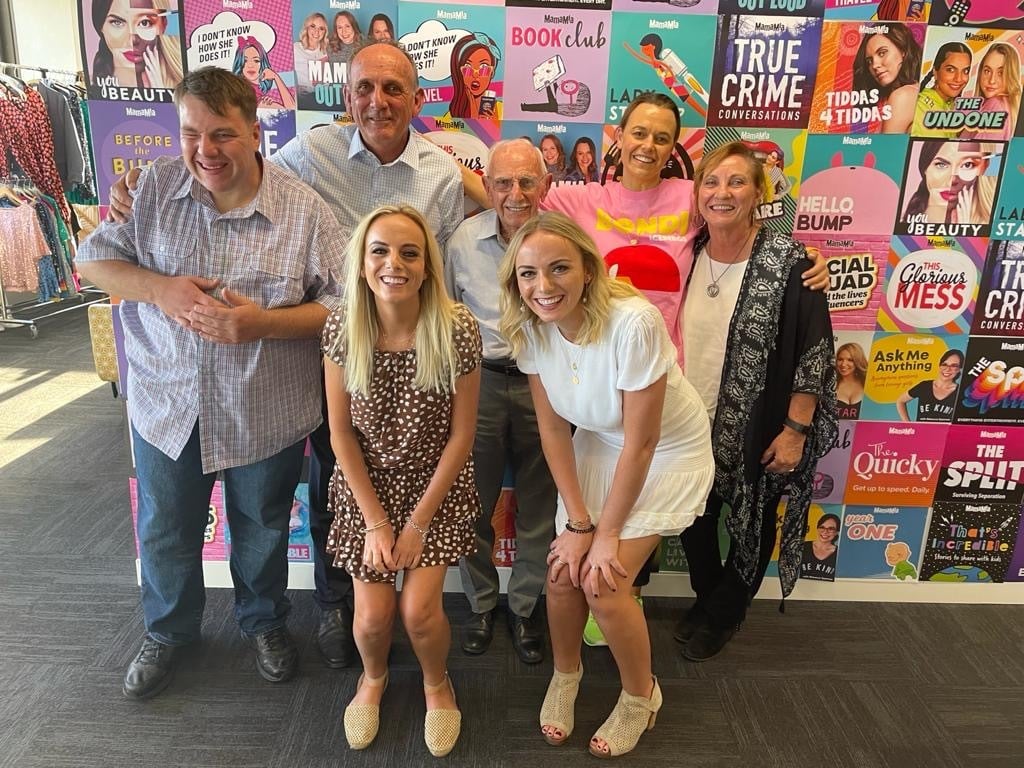 Our family on the day No Filter was recorded (earlier this year, before Sydney lockdown). Image: Supplied.

Pop texted us afterwards. While he still isn't completely sure what a podcast is, and wants to know what radio station he can hear it on, he did see the significance in talking about the lives of Michel and Simon.

"For a family with a heavy load of someone needing care, this could be encouraging," he said. "I hope it's helpful."

The decisions faced by families who have people with intellectual disabilities are difficult and often, at times, incredibly lonely.

They're stories of challenges and heartbreak and humour, and tasks no one was trained for.

But the more these realities can be discussed - candidly - the more we can learn.

Like we learnt today, from a 95-year-old man who still doesn't feel like he's getting it right. But wakes up every day determined to do his very best by his daughter and grandson.

P
pepper a year ago

Reply
Upvote
I loved this article. Well written and a beautiful story to tell. There needs to be more stories written about and by people with special needs.
Thank you and best of luck to all the families out there supporting a family member.
V
veronicae a year ago