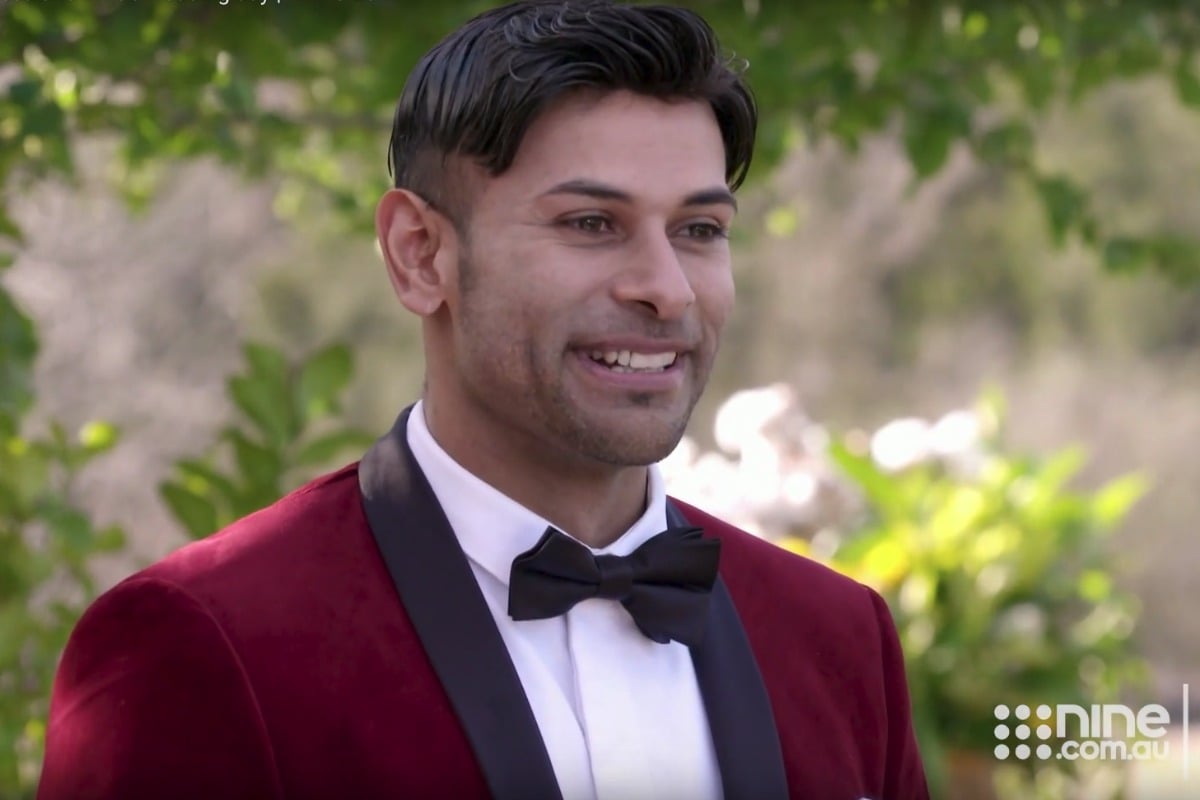 Married at First Sight is finally back on our screens and it’s already serving up so much drama.

But there’s one other aspect that’s got people talking.

You’ve got to kiss a few horses before you find the perfect woman… ???????? #MAFS pic.twitter.com/cYCLDjG3Ic

If you watched Melissa and Dino wed last night, then you’ve no doubt wondered to yourself: “Where do I know him from?”

But we’ve finally found the answer.

Appearing on the show following a broken engagement, the meditation coach was ridiculed by some viewers for “trying too hard” when he arrived at the blind date with his Mr Australasia pageant trophy in hand.

Speaking to his blind date Kahla, Dino shared his views on ‘gratitude salt’ and even awkwardly asked his date to dance in a silent restaurant.

To make matters even worse, Dino then proceeded to ask his date if she “liked cuddling”. Pls no.

Yahoo Lifestyle has also uncovered one of the reality star’s strange side projects – an appearance in a razor brand commercial.

The advertisement, which was filmed for a university assignment, shows Dino taking on the character of a caveman who soon discovers the power of a pack of razors.

After navigating through the jungle, the very hairy Dino covers himself in shaving cream before shaving off his long beard and hair.

The 35-year-old has also appeared in a photoshoot for prescription glasses company, Speqs.

“Don’t borrow someone else’s spectacles to view yourself with” - Simon Travaglia ... and this is why I love my own pair of Sorrento spectacles while enjoying a cuppa! Thanks to the @speqs team for letting me rock these in your ads! ????????

Dino shared a photo of the pair on Instagram back in November 2017.

We're sure this is bound to make the first group dinner party a whole lot more interesting.