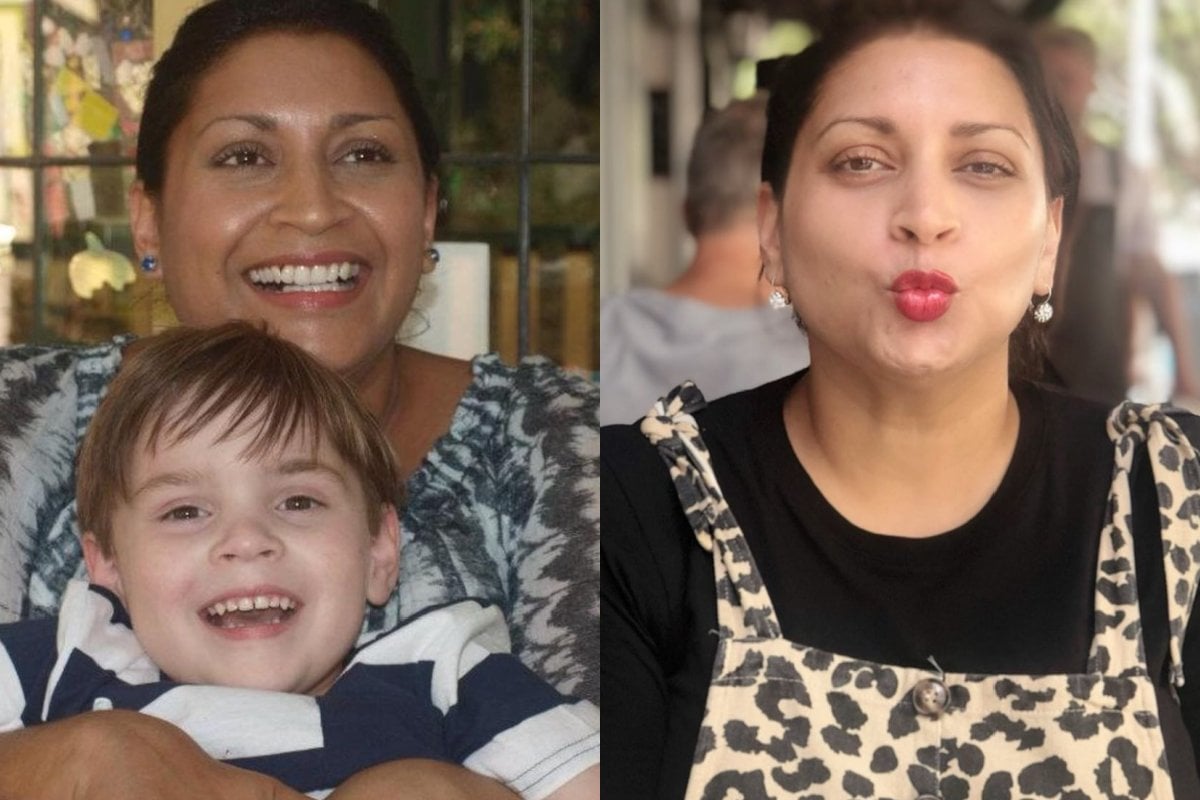 I’m not sure if it’s because my standards have slipped - or is it that my priorities are clearer? I think it’s a mix of both.

Yes, I’ve done the usual ‘growing up’ stuff. I’ve gone from buying clothes as soon as they're released to waiting until they're in the outlet at least 20 per cent off the sale price.

I don’t get my hair coloured religiously every four weeks in terror of one white hair showing.

I’ve learnt never to buy a pair of sunnies you can't easily afford to replace - a finance lesson and a mum pro tip, because sunnies are apparently delicious when you don't have teeth.

But it’s more than that. It’s deeper. I’m - dare I say it - wiser. And that’s made me realise I made some major life mistakes in my 30s. For example:

1. My views on marriage.

What Does A Plasma Pen Actually Do?

When I announced to a friend that I was leaving my husband, 12 years ago, she was very "concerned" for me.

“But what about the status of being married,” she asked, worried my reputation was about to take a battering becoming the dreaded ‘single mum’.

I dismissed her concerns… but, secretly, a seed was planted in my mind – and in my 30s, sometimes I was self-conscious when I had to explain to people I was a single mum.

Thanks, society’s expectations and prioritisation of couples.

I would also sometimes doubt myself - was I going to be enough as a parent and a person on my own?

But in my 40s, looking at how far I’ve come since the divorce, looking at my greatest achievement – my incredible son – I know I’m enough as a person, and enough as a mother, too.

In my 30s, I felt time was slipping away as I was in the trenches with motherhood. Had I become enough, done enough? I turned 40 knowing I was hungry for more. I was not ‘done’ with life. But could I do it? Could I go after my dreams at middle-age?

At lot of people said no.

In fact, one man said to me at my farewell dinner, “I give you six months and then you’ll be back. You’re 41, you’re too used to Adelaide, you won’t make it in Sydney.”

I know it’s not common for single mums to do this, but thanks to Mia Freedman who took a chance on me, I packed us up and moved to Sydney to start a different career and life. It was a dream come true, and I’ve never looked back.

But no matter how much I wanted it, I would never have had the confidence in my 30s to move states as a single parent without any family or established network waiting for me on the other side. I would have listened to that dude at my dinner.

In my 40s, I know myself much better. I knew I’d survived a lot and could totally back myself.

Leading on from ‘age is a state of mind’ is allowing yourself to express who you really are through fashion – at every age.

Coming from fairly conservative circles most of my life, in Sydney, I let my fashion flag fly. And man, did I have fun doing it.

But it wasn’t just adding sparkles - I let the inhibitions go. I went sleeveless after covering my arm stretch marks my whole life. I wore blingy, attention-grabbing jewellery.

I wore short skirts and tight dresses, not worrying about any ‘rolls’.

I got angry with any articles which talked about dressing for your age.

In my 40s, dressing without rules, I was finally me.

4. Common values are the basis of true friendship.

Sure, getting drunk with people is super fun, but have you ever tried finding friends of impeccable loyalty and integrity?

I was lucky that I had old friends who did fit that criteria, but when it came to making new friends in my 30s (after getting divorced and then also becoming a ‘school mum’) I got it so spectacularly wrong.

In my 30s, I was a terrible judge of character. Real friends would kindly warn me about certain new friends by noting character flaws such as vanity, and superficiality. But I dismissed those (“oh, everyone has flaws”). I was having fun with new people and I didn’t want anyone to spoil it.

Even when one of them said, “Gah, my garden is a disaster, I just need a team of Mexicans to come over and do it all in one day.”

Even when one vocally refused to give a homeless person money as we walked past him after a black tie ball.

This all meant I sided with the wrong people.

I should have trusted the insight of those who knew me best, but instead, I insisted on learning the hard way. I got burnt badly, I probably behaved badly, and those friendships are no more.

In my 40s, I’m much more discerning about the company I keep.

5. Invest in those who invest in you, and don’t take them for granted.

Don’t wait to appreciate loved ones in your life until it’s too late - because one day, it will be too late and there’s a good chance you won’t see it coming.

My dad died in a car accident when I was in my 30s, and the soul-destroying regret I had about being semi-estranged from him was unbearable. It made me want to do better by those I love. Everyday - not just on special occasions.

So when my sister died suddenly last year, I knew at least that she knew she was loved, important, and beyond adored by me.

And that’s comforting not just for me, but she also deserved to know that.

6. Money comes and goes, so don’t get caught up in status or setbacks.

When I got divorced, I was left with a mountain of debt in my name. And then one day, I was suddenly cut off from my business accounts.

I basically had to start from scratch.

It was frustrating, a blow to my self-esteem and challenging. But it didn’t mean my life was over.

It took me some time, but I finally figured out how to rebuild my identity without the same lifestyle. The experience fundamentally changed who I am – no more grand property, that sort of thing – and I embraced the chance to live a much lighter and less materially burdened existence.

And no, that’s not easier said than done. It’s simply about ego.

7. Your kids will become whoever they are.

In my 30s, I firmly believed my son should have the educational experience I had, because I had the best time at school. And so he did, for seven great years, in a single sex private school.

I even signed him up and got him into the same sort of school for high school when we moved to Sydney. But while we waited until then, I began to see that a co-ed school was vastly better for him. And a school that wasn’t primarily about academic and sporting awards.

It took me until my 40s to see that my son was not me - he didn’t need what I had, he needed a much broader experience that was suited to who he was becoming.

8. Learn from your elders, because life experience is invaluable.

In my 30s, I still had the immature opinion that I understood the world better than my parents, because I was younger and wayyyy cooler.

But the thing is, some things never change. Like human nature. Both of my parents have an excellent understanding of it. Hard-won, over decades of being migrants, and General Practitioners listening to people all day every day. They’d really seen and heard it all.

Here’s an example of my dad’s wisdom: when I first got divorced and began socialising with people I knew before I lost myself in my marriage, my father pulled me aside.

He knew the parents of one of these old friends and he wanted to warn me about their character.

“As you get a new group of friends again, make sure you don’t throw pearls to swine.”

‘Pearls to swine’ is a very old saying - but I still didn’t listen. I just thought dad was calling me a pearl, and that was fine by me.

It would take a couple of years and some nasty behaviour to finally realise he was right; I was wasting my time with people who didn’t deserve my friendship.

My dad wasn’t just biased, he was also right, god damn it.