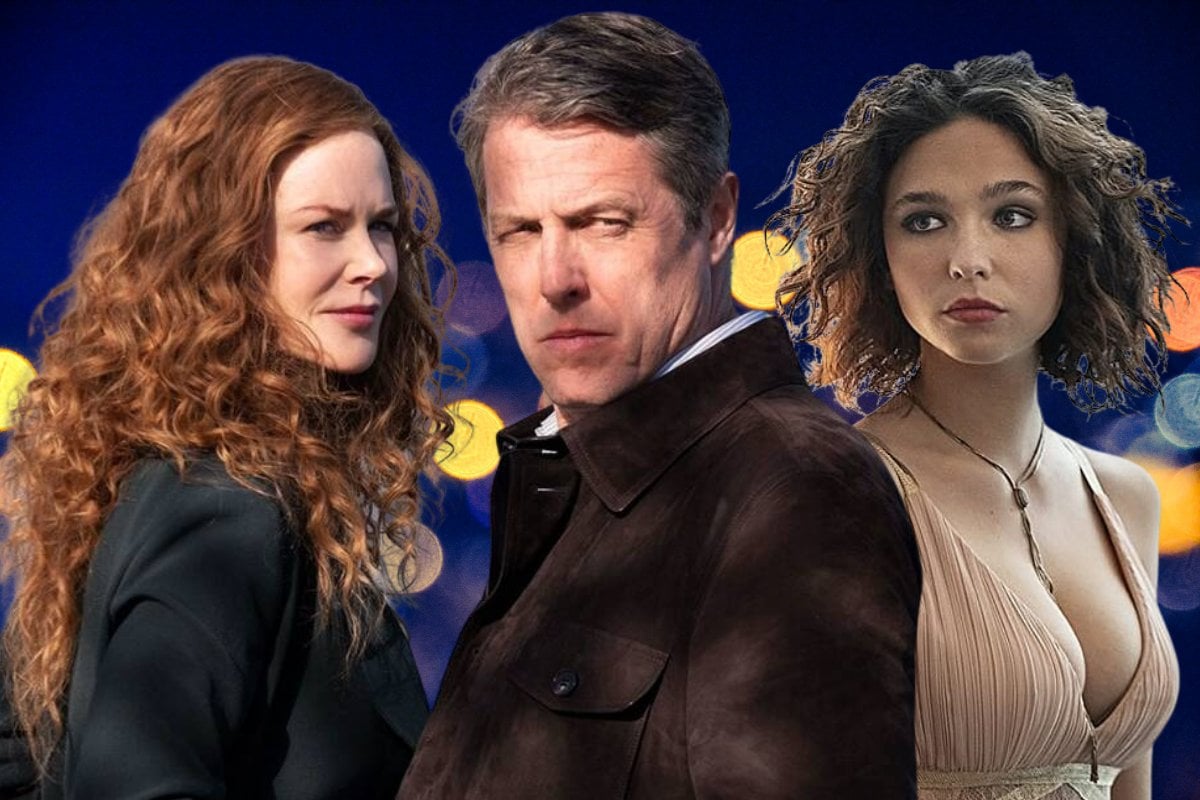 WARNING: This post contains PLENTY of spoilers for episode one and two of The Undoing.

If you haven't watched The Undoing, read my review, watch the first two episodes and come back to this page afterwards.

We've also been introduced to Elena Alves, an artist from Harlem, whose son is attending Reardon on a scholarship.

Watch the trailer for The Undoing. Post continues below.

In the first episode, Grace and Jonathan attend a benefit for Reardon. Grace runs into Elena in the bathroom and notices that the younger woman is visibly upset.

Elena leaves the benefit and soon after Jonathan leaves citing a work emergency. Jonathan arrives home in the middle of the night and he and Grace have sex.

The next morning, Elena's son finds her battered and bloodied body in her studio. Jonathan is attending a conference in Cleveland and he's left his mobile at home.

Grace later finds out that Jonathan was fired from his job three months earlier for having an indecent relationship with a patient's mother.

Jonathan, who is still unreachable and not in Cleveland, quickly becomes the prime suspect in Elena's murder. Elena's husband also suspects that Jonathan is the father of her newborn baby.

At the end of the second episode, Grace and Noah are hiding from the press at their home in the Hamptons.

Grace wakes up one morning and sits on the front porch. While she's sitting there, Jonathan approaches her from behind and asks her not to scream.

He admits to having an affair with Elena but insists he didn't kill her. He said on the night of the murder; he followed Elena to her studio. They fought and then had sex and Jonathan went to a bar to clear his mind. When he came back to the studio, Elena was already dead.

Grace calls the police, and that's where the episode leaves us.

So, did Jonathan actually kill Elena? Let's dive in.

From what we've seen so far, Jonathan had the means and the motive to kill Elena.

They had been having an affair, and that affair had cost Jonathan his job. Jonathan was hiding both the affair and the fact that he lost his job from Grace. Not to mention the fact that Jonathan could be the father of Elena's baby - another secret he might stop at nothing to hide from Grace.

Jonathan was also with Elena directly before and after she was murdered. If Jonathan is not the killer, we have to believe that someone killed Elena in the short period of time during which he was at the bar.

We can also assume that Jonathan killed Elena because that's what happens in You Should Have Known, the book the series is based on.

In the book, Jonathan sends Grace a letter in which he confesses to murdering Elena to cover up the affair. However, in the book Jonathan also never comes back to town, so the series is already deviating from the book.

Given that the series has already deviated from the book, it seems like the plot will continue to be wildly different from the source material.

Plus it seems like the director, Susanne Bier, hinted at this during an interview with Oprah magazine.

"The best you can do with a good book, if you want to dramatise it on screen, is do something else with it," she told the publication. "By doing that you maintain the actual qualities of the book. But you create something that is possibly different and something in its own right."

So if Jonathan didn't kill Elena, who did?

Let's look at our likely suspects:

Elena's husband apparently had an alibi for the night of her murder. But there were also rumours that he fled town and then came back and turned himself in.

Maybe he caught Elena and Jonathan in the act and waited for Jonathan to leave to confront his wife?

Listen: Why you should watch The Undoing. Post continues below.

Perhaps Grace knows a lot more than what she's letting on.

Maybe she followed Jonathan that night, waited for him to leave, and then confronted Elena. It seems unlikely, given how gossipy the Upper East Side is, that Grace would not have known that Jonathan lost his job.

Or perhaps she helped Jonathan to kill Elena in an attempt to save their marriage.

In the second episode, she seems to be having flashbacks to Elena's murder like she was there. Perhaps Jonathan is taking the fall to protect Grace from her own memories?

In the book, Jonathan actually borrows money from Grace's father (played by Donald Sutherland in the series) to help get Elena's son into Reardon.

If that storyline happened in the series as well, maybe Grace's father had Elena killed to hide the affair - and his part in it - from Grace?

The killer could be anyone at this stage, but it seems unlikely that it's Jonathan given that the series wants to distinguish itself from the book.

Jonathan being the killer seems too easy. But maybe that's the point?

You can watch the first two episodes of The Undoing on Binge and Foxtel now.