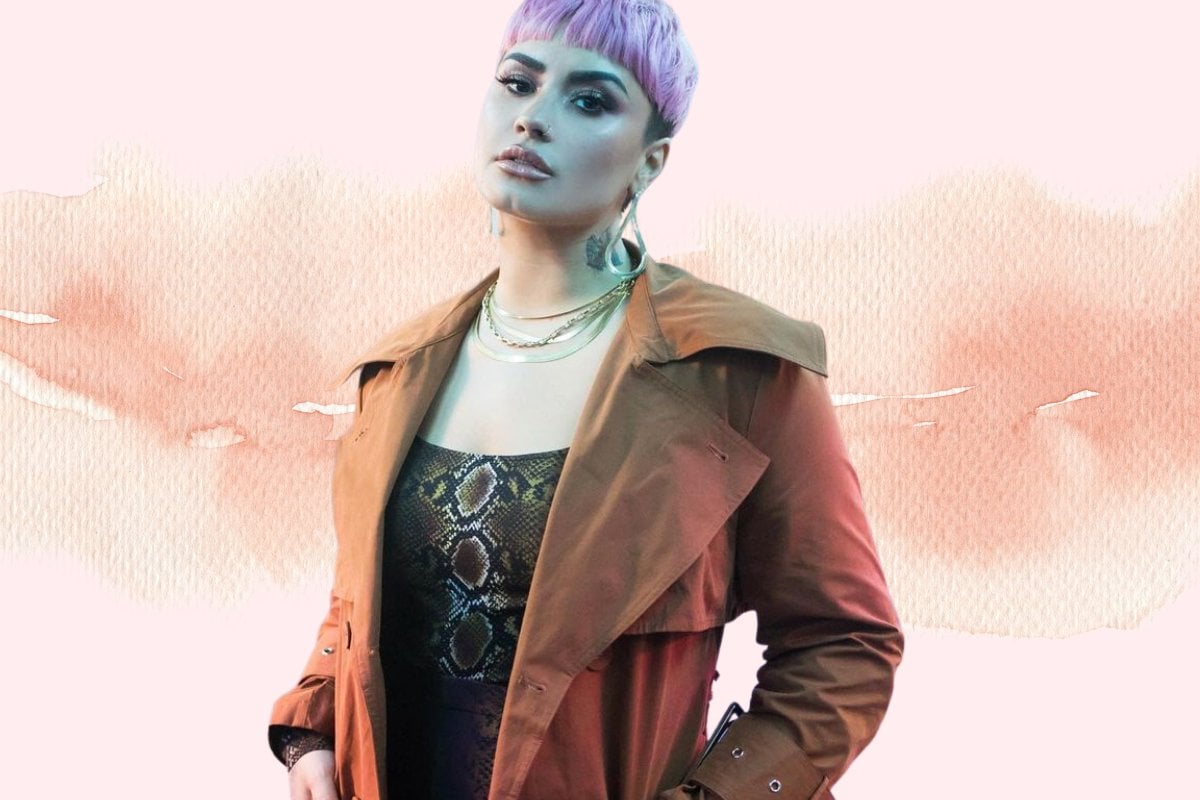 Demi Lovato has news to share, and we hope the world is watching.

Stating on Instagram and Twitter today, Lovato announced that they are finally living their truth and now identifying as non-binary, electing the pronouns they/them to be used moving forward.

Fans of Lovato won't be too surprised to hear this news, as the singer has been open and honest about their journey of self-reflection and, in particular, their fluid sexuality.

In Lovato's most recent work, they released a documentary titled Dancing With The Devil, where they discussed their battle with addiction, a drug overdose that left them momentarily blind, their eating disorder and multiple sexual assault and rape allegations.

Watch the trailer for Demi Lovato: Dancing With The Devil right here. Post continues below.

While there were many revelations throughout the four-part series, the documentary drew a line in the sand for Lovato, who is now striving forward with sobriety and continuing to find themself and surround themself with people who will keep them in check and support their journey.

At the close of Dancing With The Devil, Lovato shaved off their hair - taking it as an opportunity to shed the expectations and pressures on them - and they have maintained the pixie cut ever since.

Lovato chose to come out as non-binary during the launch of their new podcast series that aims to show support to people going through their own journey with mental health recovery.

The singer chose to lead by example by sharing this personal news via video. Here's what they had to say:

"Every day we wake up, we are given another opportunity and chance to be who we want and wish to be. I’ve spent the majority of my life growing in front of all of you… you’ve seen the good, the bad, and everything in between.

"Not only has my life been a journey for myself, I was also living for those on the other side of the cameras. Today is a day I'm so happy to share more of my life with you all - I am proud to let you know that I identify as non-binary and will officially be changing my pronouns to they/them moving forward.

"This has come after a lot of healing and self-reflective work. I’m still learning and coming into myself, and I don’t claim to be an expert or a spokesperson. Sharing this with you now opens another level of vulnerability for me. I’m doing this for those out there that haven’t been able to share who they truly are with their loved ones."

Within the video, Lovato was sure to point out that they are still learning about this world themselves, and for that reason they "don't claim to be an expert or a spokesperson". Instead, they will be working with friends for the podcast that have more experience within the non-binary space to help facilitate the conversation.