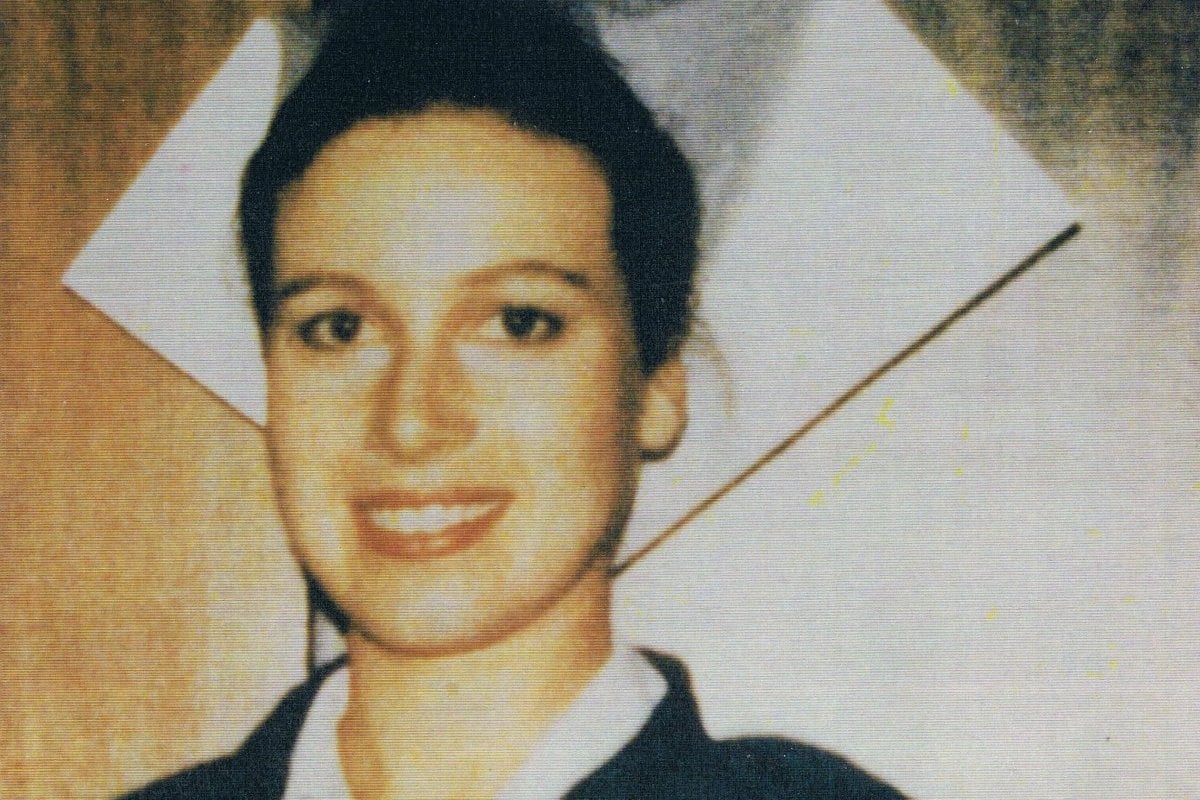 Warning: the following contains graphic details of violence and sexual assault that may be triggering for some readers.

She wasn't in uniform; just a pair of ballet flats, leggings and a white sleeveless top cinched at the waist with a wide belt.

The outfit was almost exactly that worn by another 26-year-old woman who'd taken the journey a week prior: Anita Cobby.

The day Australia lost its innocence.

Anita had vanished after a night out with friends in inner Sydney on February 2.

The nurse was seen boarding the train at Central station, but never made it to her parents' Blacktown home where she'd been staying since a recent split from her husband.

Two days later, Anita's body was found in a paddock in the nearby suburb of Prospect. She'd been badly beaten, repeatedly raped, and her throat slit.

It's often said that Australia lost its innocence when that news hit the headlines. A nurse, a former beauty queen, snatched from suburban streets and savagely murdered. 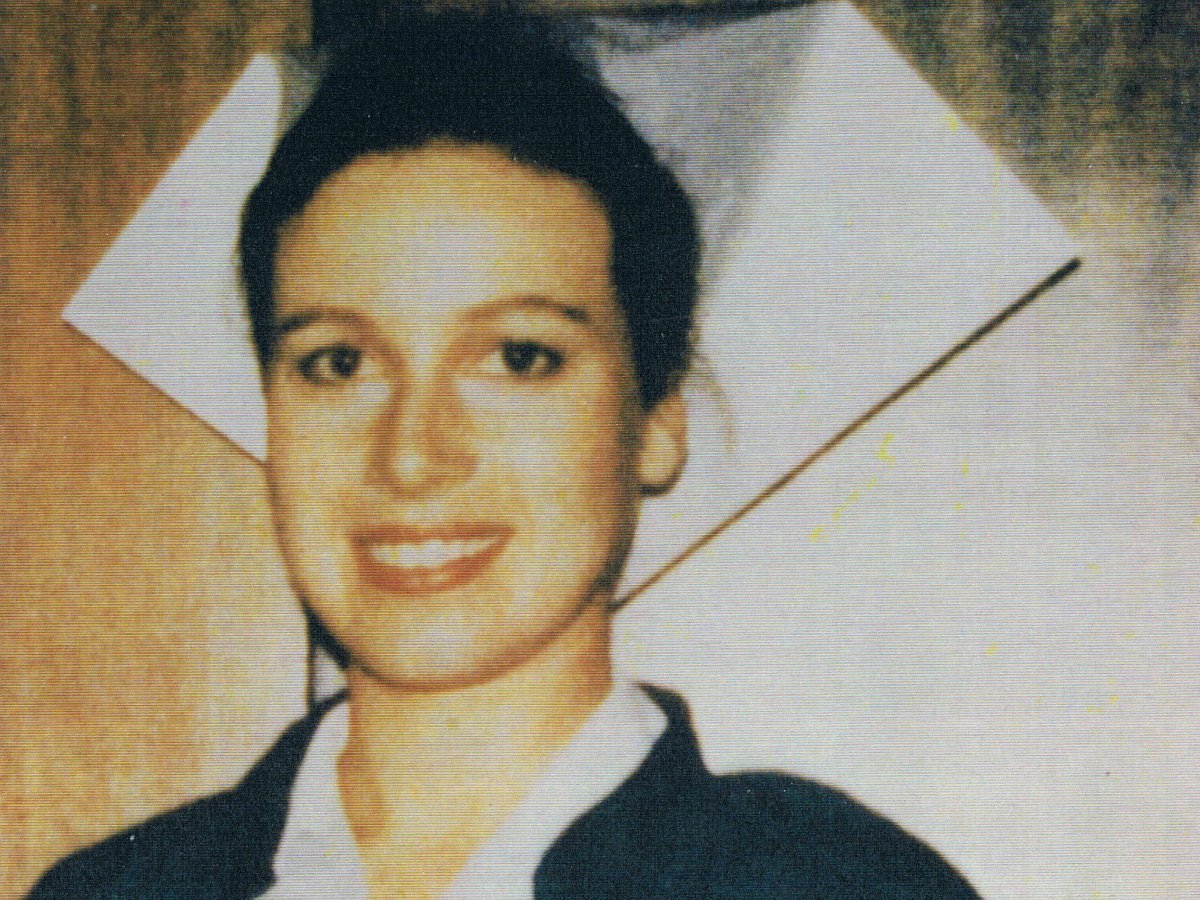 Media attention around the case was frenzied in the first few days after the discovery.

But as the week came to a close, the case started being left behind by the news cycle. And so Blacktown detective Graham Rosetta turned to Deborah Wallace — a three-year constable — to bring it back above the fold.

Deborah was stationed on the switchboard at the time, answering and directing calls that came into the station, plugging and unplugging the cables on the old Sylvester system.

Speaking to Mamamia's True Crime Conversations podcast, she recalled Detective Sergeant Rosetta walk past her during that first week of the Cobby investigation. He stopped.

That Sunday, a week on from Anita Cobby's murder, Deborah retraced the slain woman's final movements, step by step.

Two of Anita's friends, who'd been at dinner with the nurse in Surry Hills on the night of her death, took Deborah shopping to ensure her outfit was accurate.

She then boarded that 9:12pm train from Central Station, accompanied by detectives and a pack of press. The gaggle of reporters and photographers were only allowed to follow for a few stops, so the police could then work without distraction.

Listen: Deborah reflects on the Cobby case and its role in her career.

"[The reenactment] I think it had a twofold impact," Deborah said. "Firstly, to keep the media interested, and also to corroborate witness statements."

Once they arrived at Blacktown, Deborah began the walk through the dark streets toward Anita's parents' house. Anita usually called her father for a lift from the station, but on that February 2 night, the payphone had been out of order and there were no taxis at the rank.

As Deborah approached the place from which they believed Anita was abducted (witnesses had heard screams and seen a woman being bundled into a white Holden) detectives asked the young constable to stop.

"They said to me, 'Deb, we're going to be following, but we want you to stop at that house number... We just want to get a feel for the time of day, the darkness, the lightness, et cetera,'" she recalled.

The reenactment played a key role in the investigation.

It helped establish an accurate timeline of Anita Cobby's last movements and, according to Deborah, a crucial anonymous tip came in a day after it was in the press, sending Det. Sgt. Rosetta and his team on path to catching the killers.

Within 22 days of Anita's disappearance, five men with an extensive criminal history were in custody: John Travers, Michael Murdoch, and brothers Les, Michael and Gary Murphy.

All pleaded to and were convicted of her sexual assault and murder. It was a savage, opportunistic crime  that had taken place over the course of several hours.

They'd abducted her during her walk home, beaten her and forced her to perform sex acts. They'd then taken her to the Prospect paddock where they bashed her again and raped her. It was Travers who, out of fear she would be able to identify them, killed her by cutting her throat.

Deborah recalls the day the Murphy brothers were brought into the station after their arrest. Such was the public outcry over their crimes, that a mob of grieving, angered members of the community were waiting, ready to swarm.

"We had to all go out into the front the police station and do an arm chain with each other to hold everyone back, because they were trying to break through to get to the car. It was quite volatile," Deborah said.

"At that stage, it was a long jump from bringing suspects in to getting people convicted. So I think although there was some sort of relief, I don't think the cops ever took anything for granted until they came back with that guilty verdict."

The five men were each sentenced to life without the possibility of parole. Michael Murphy died in prison in 2019, but the other four remain behind bars.

Deborah Wallace went on to have a distinguished career in policing, during which she investigated everything from the 1990s Cabramatta heroin trade to organised crime and bikie gangs, earning her a reputation as 'the gangbuster'. She retired as a Detective Superintendent after 36 years on the force.

She's involved in the building of Grace's Place, a residential trauma recovery centre for children affected by homicide. The world-first facility is named in memory of Grace Lynch, Anita Cobby's mother.

For more of Deborah's story, read 'A Woman of Force' by Mark Morri, available now through major retailers.