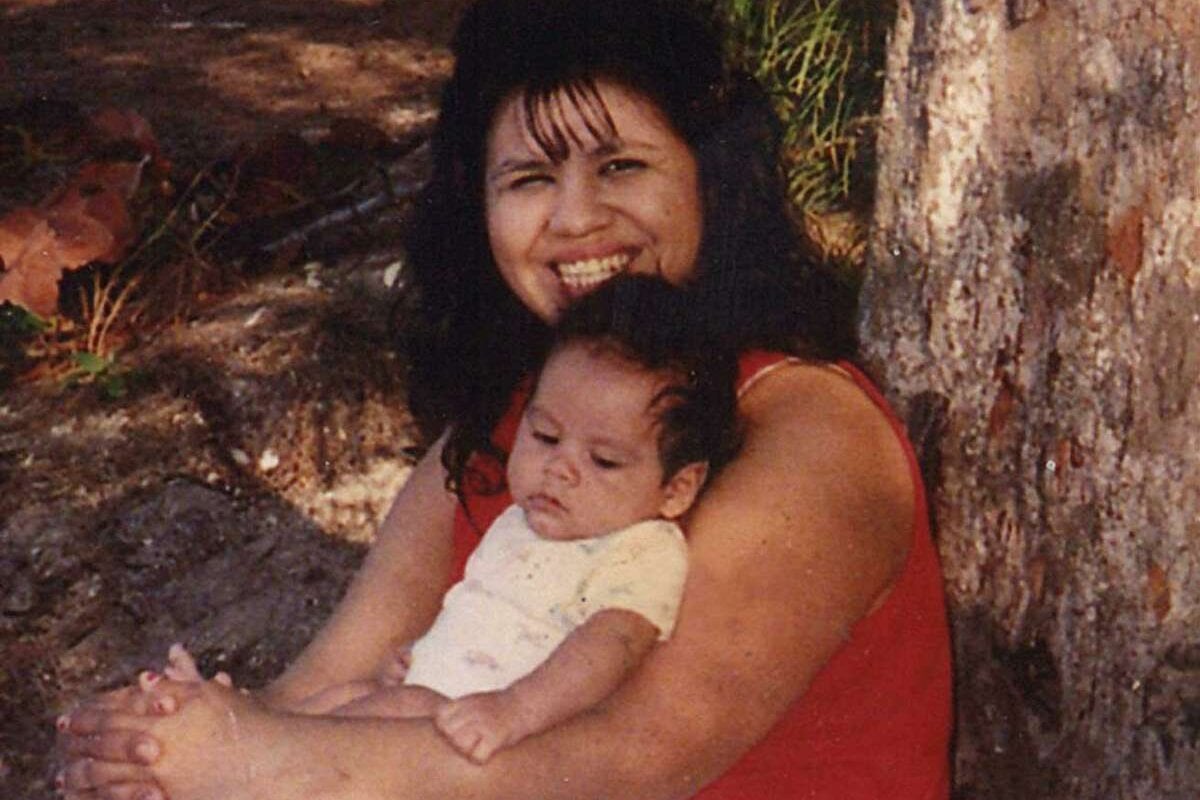 Warning: This story mentions domestic violence and sexual assault and could be triggering for some readers.

Melissa Lucio has spent the last 15 years on death row after being convicted in 2008 for the murder of her two-year-old daughter Mariah.

She has long maintained her innocence.

The 53-year-old is due to be executed by lethal injection in mere days, on April 27.

If she is executed, Lucio will be the first Latina executed by Texas and the first woman to be executed in that state since 2014.

Only 17 women have been executed in the United States since the Supreme Court lifted its ban on the death penalty in 1976.

What happened to Melissa Lucio's daughter?

On February 15, 2007, two-year-old Mariah fell down a flight of stairs while the Lucio family were moving to a new house. According to The Innocence Project, she had a mild physical disability that made her prone to tripping.

Little Mariah seemed to be okay despite her injuries after her fall, but two days later she went to sleep and never woke up.

Investigators quickly came to the conclusion that Lucio had caused her daughter's death. After intensive and prolonged questioning - in which she denied killing Mariah 100 times - Lucio said at three o'clock in the morning, "I guess I did it" when asked if she was responsible for some of her daughter's injuries.

The authorities did not take into account Mariah's medical history or the fall two days earlier.

"The deck is stacked against women like us. Women who are poor, isolated. Women of color. But it doesn’t have to be that way. We can put a stop to Melissa’s execution. It’s the right thing to do," writes death row exoneree Sabrina Butler-Smith. https://t.co/voubGrkjNi

Lucio is a survivor of domestic and sexual abuse.

At six years old, Lucio was sexually abused by a family member. The abuse continued into her teenage years.

At 16, she got married in order to escape. But her husband perpetuated the cycle of abuse, and since she was a minor, Lucio couldn't leave him. To cope, she started taking drugs. The couple had five children together before Lucio's husband abandoned them.

Tragically, Lucio's next partner was also abusive. He raped her repeatedly and threatened to kill her. They had nine children together, including Mariah.

During Lucio's trial, her domestic violence and sexual abuse history - and subsequently how she reacted to her daughter's death - was prohibited from being relayed to the jurors. She was accused of "acting distant" during the interrogation.

The officer who took Lucio's statement testified that her "slumped posture, passivity and failure to make eye contact" proved her guilt, even though she had no prior record of violence.

Lucio was pregnant with twins when she was incarcerated. She gave birth to the babies in jail and they were put up for adoption. Her 11 remaining children, who ranged from two to 15 years old when she was arrested, were all split up - they were either sent to live with relatives or placed in state custody. 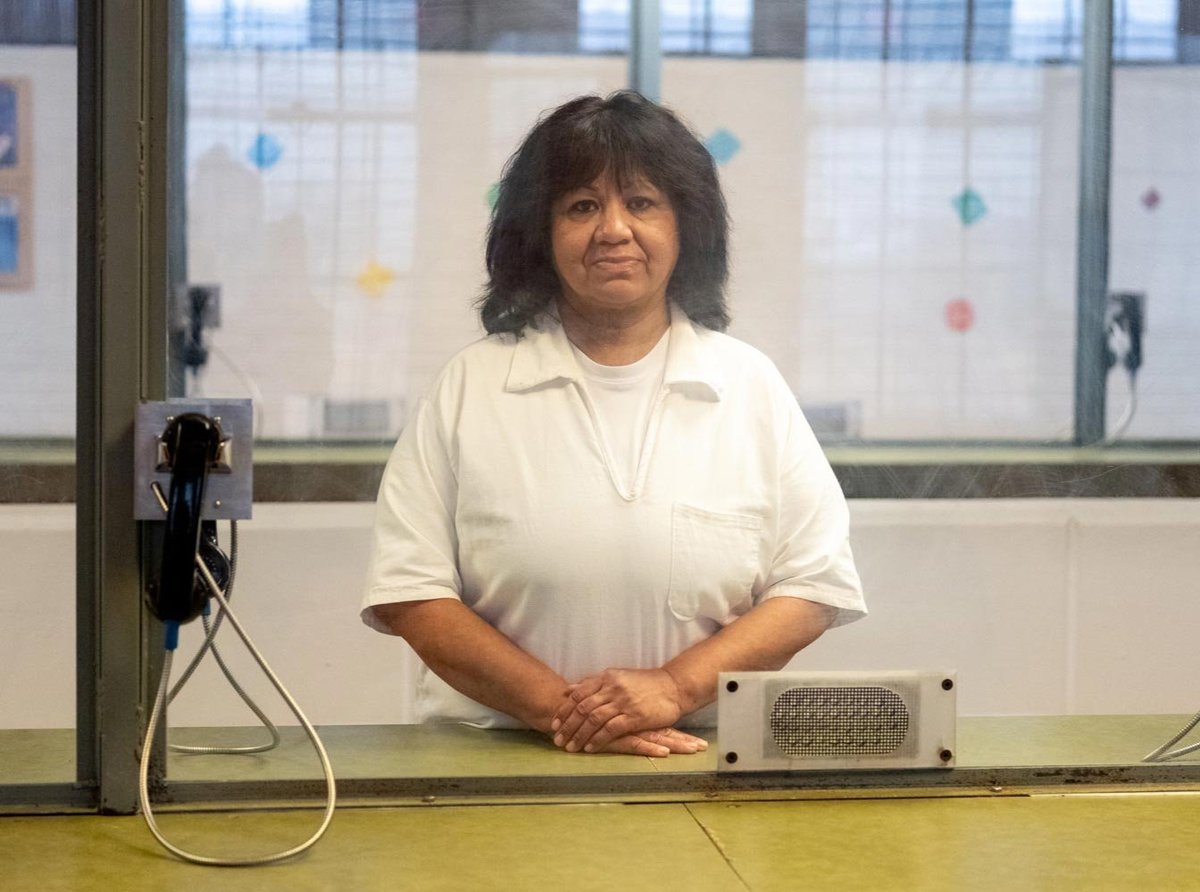 Melissa Lucio poses for a portrait behind glass at the Mountain View Unit in Gatesville, Texas. (Image: Ilana Panich-Linsman for The Innocence Project)

An outpouring of support.

There has been growing support for clemency, especially after the 2020 documentary "The state of Texas vs. Melissa" was released.

A bipartisan group of 83 Texan politicians have thrown their considerable clout behind Lucio. Members of the group visited her in prison and have sent an official letter to the Board of Pardon and Paroles asking for a stay of execution and for Lucio's release.

Melissa Lucio led a prayer along with 7 Texas representatives, asking God for clemency. This photograph was taken by @leachfortexas. It’s the first time Melissa is allowed to be in the same room as her visitors, according to her family. @UniNoticias pic.twitter.com/PJidhebqQr

According to the Innocence Project, 225 anti-domestic violence and sexual assault organizations, 18 Texas exonerees and more than 130 Baptist, Evangelical and Catholic faith leaders support clemency for Lucio.

Three jurors and one alternate from Lucio's trial have since signed affidavits expressing doubt about her conviction. "She was not evil. She was just struggling," one juror, Johnny Galvan, wrote in his affidavit. "If we had heard passionately from the defense defending her in some way, we might have reached a different decision."

In an opinion editorial written for the Houston Chronicle, Galvan wrote he now deeply regrets sentencing Lucio to death. "The idea that my decision to take another person's life was not based on complete and accurate information in a fair trial is horrifying," he wrote. "There are so many problems in this case that I believe she must not be executed."

The case has also caught the attention of Kim Kardashian, who is studying to become a lawyer. Kardashian believes Lucio is innocent and has tweeted her support.

So heartbreaking to read this letter from Melissa Lucio’s children begging for the state not to kill their mother. There are so many unresolved questions surrounding this case and the evidence that was used to convict her. pic.twitter.com/SjEtsfmZeq

In the letter that Lucio's children have sent to the board, they have pleaded, "Please spare the life of our mother."

The board will vote on Lucio’s clemency petition two days before the scheduled execution.

Reply
Upvote
2 upvotes
This case is just insane- a murder conviction based on circumstantial evidence alone, with no history or abuse.  I would have struggled to convict her for child abuse, based on the circumstantial evidence, and the idea that she was given the death penalty is outrageous. I don't agree with its use at all, but surely if it is going to be used it should only be in cases where there is so much forensic evidence that a wrongful conviction would not be possible.
News
General
Opinion
True Crime
Politics
Sport
Explainer
Entertainment
Celebrity
Reality TV
Movies
TV
Books
Rogue
Royal
Lifestyle
Beauty
Fashion
Weddings
Home
Wellness
Health
Fitness
Travel
Food
Parents
Before The Bump
Pregnancy
Baby
Kids
Teens
School
Parent Opinion
Work & Money
Money
Finance
Career
Lady Startup
Relationships
Sex
Dating
Separation
Friendship
Family
Real Life
Couples