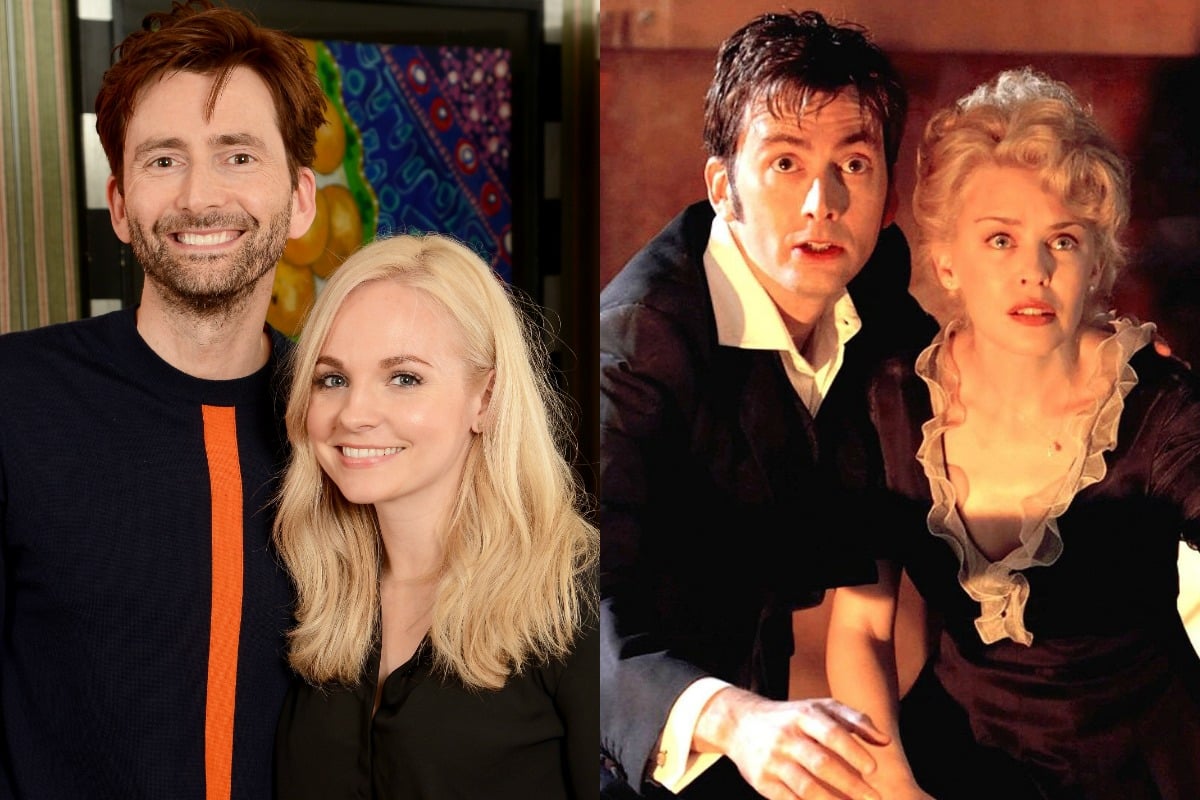 At the height of his role on Doctor Who, David Tennant's name was a constant feature in the British tabloids.

In fact, the actor was linked to virtually every actress who stepped onto the set of the British science fiction show.

Speaking to The Guardian in 2011, the now 49-year-old "heartily" refuted the constant tabloid rumours.

"Well, I mean I have had some girlfriends, and I did meet some of them at work you know," he said.

"You know, my bedpost really has very few notches compared with other actors of my erm, erm, pedigree."

Interestingly, however, Tennant actually went on to marry actress Georgia Moffett, who he originally met during filming of a Doctor Who episode in 2008.

A few months after filming the episode together, Tennant and Moffett began dating.

They dated for around two years, predominately on a long-distance basis, before Moffett fell pregnant in June 2010.

"David and Georgia met filming Doctor Who, but they didn't start dating till months later. Four or five months after they met she brought him to see me in Spamalot, but she told me there was nothing going on between them. They were just friends," Moffett's father, Peter Davison, shared.

"He took a long time to get round to it. He's a very respectable boy. His father was head of the Church of Scotland. He does things the right way. Then after a few months, he FINALLY got around to going out with her.

"She was shocked. She said, 'He could have any woman in the world, why is he with me?'"

Speaking to television presenter Jonathan Ross, the Des star shared how he proposed to Moffett on Christmas Day that same year.

"I wrapped up a big box in Christmas paper and there was another box inside that and another inside that. She didn’t get it. It was weird," he recalled.

"She was going through [the boxes] and by box 10, she still hadn’t figured out what I was doing. It was great, she opened the last box, and it worked. She said 'Yes', thankfully!"

After Moffett gave birth to the couple's first daughter, Olive, in early 2011, the couple married in a small registry office ceremony on December 30, 2011.

Following their wedding, Tennant adopted Moffett's first child, Ty, from a previous relationship. Ty, 18, has since appeared in Tolkien and the television adaptation of War of the Worlds. 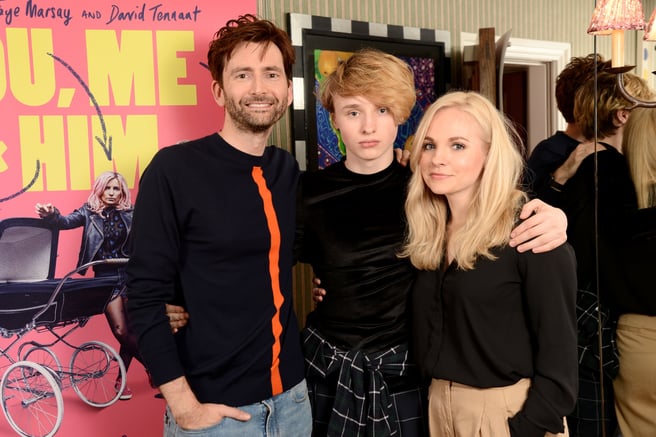 "It is great. It’s a lot of work but there’s nothing like it, really. The baby is nine weeks old now so you’re just getting that thing where you look and get a smile back. You’d give up any night’s sleep for that."

The couple, who rarely show their younger children on social media, shared their first photo as a family of seven in March.

Over the years, Tennant has remained fairly quiet about his personal life.

"Relationships are hard enough with the people you're having them with, let alone talking about them in public," he said in 2009, as per The Guardian.

But throughout his career, the 49-year-old has been linked to several women. 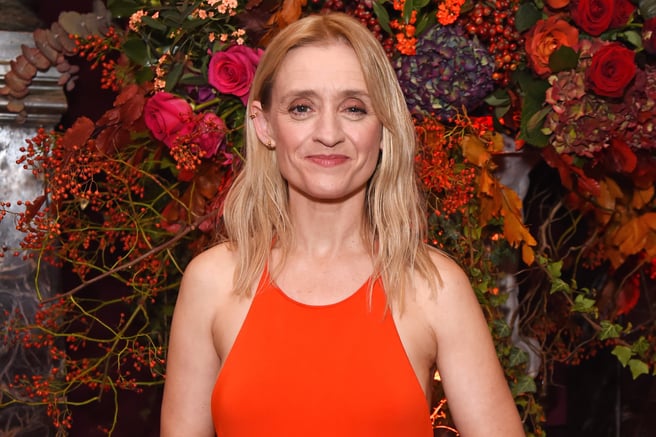 David Tennant and English actress Anne-Marie Duff met while starring as husband and wife in Vassa at London's Albery Theatre in 1999.

After becoming close during rehearsals, Tennant referred to Duff as "the nicest person" he'd ever worked with.

By the following year, the couple were living together.

"I'm in love. I'm walking around with a sunshine burst around my head," Duff proclaimed at the time.

While the couple later split in 2003, they played husband and wife once again in the 2006 play, Look Back in Anger.

Duff later went on to marry Scottish actor James McAvoy in 2006, before they divorced in 2016. 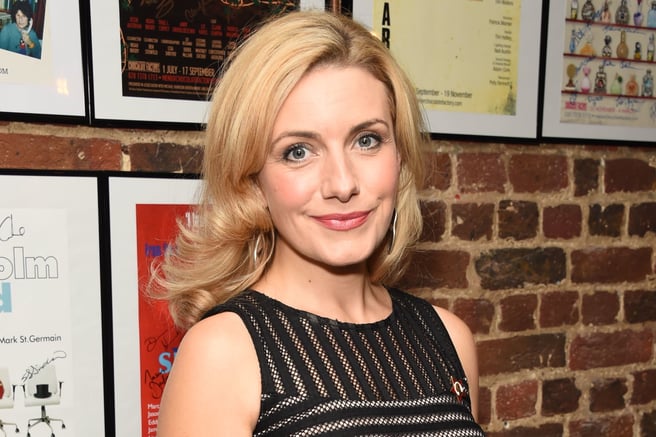 Following his split from Anne-Marie Duff, Tennant went on to date British actress Natalie Walter in 2003.

They were together for a year and a half before ending their relationship.

In 2008, Walter appeared in an episode of Doctor Who, however, she didn't share any scenes with her ex-partner.

After meeting on the set of drama Secret Smile in 2005, Tennant began dating actress Keira Malik.

After Malik moved to New York to attend drama school, the couple ended their relationship after a few months. 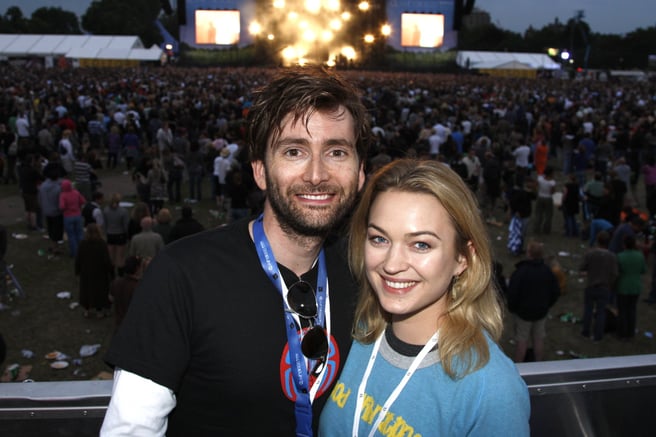 After filming an episode of Doctor Who together in late 2005, Tennant began dating Sophia Myles.

Although Tennant spoke rarely about his relationships, he did confirm that they were dating in interviews. They also attended a number of red carpet events together.

In 2006, Myles reportedly shared that she was "stupidly" in love with Tennant, and that the pair hoped to marry and have children together.

"I'm pretty excited about the fact that my boyfriend has an action doll. How cool is that?" she said, adding that she would take the Doctor Who figurine away with her while filming.

But after Myles accepted a TV role in Los Angeles in 2007, the couple ended their relationship after finding the distance difficult to handle. 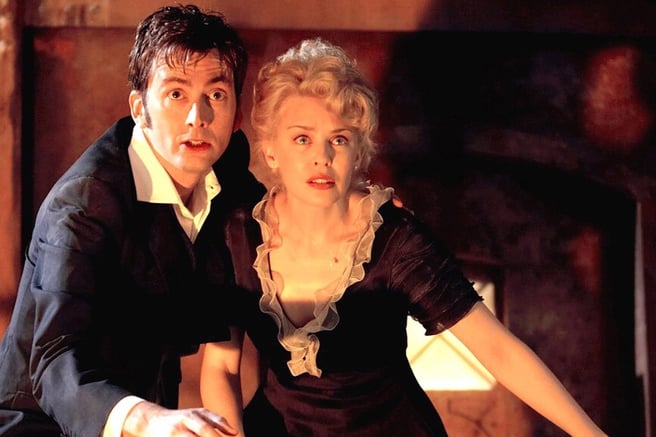 David Tennant and Kylie Minogue in Doctor Who. Image: IMDb.

In late 2007, Tennant was briefly linked to Kylie Minogue after she had a guest appearance on Doctor Who.

The pair met while Tennant was going through his break-up with Myles, and the actor was spotted going out a number of times with Minogue.

Although they were seen going out to dinner, it's unclear whether the pair, who kissed on Doctor Who, were dating or just friends.

In late 2007, Tennant began dating Bethan Britton, who worked as a contracts assistant for the BBC.

"I am seeing David and am extremely happy," she told The People. "He's a great guy and I love being with him. It's a serious relationship. Things are going well."

They later split after four months together due to conflicting work schedules.

The first episode of David Tennant's new series Des premieres in Australia on September 15, same day as the UK. Episodes 2 and 3 will premiere on September 16 and September 17, only on Stan.