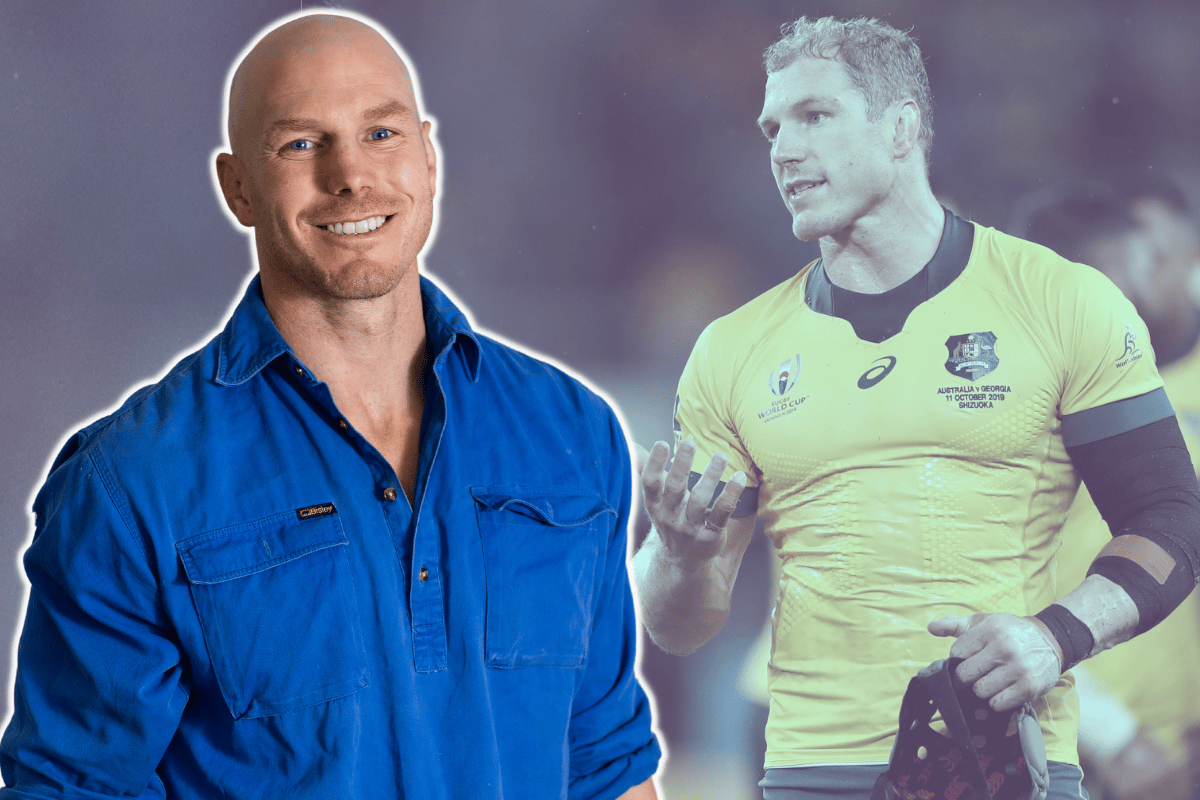 "Like so many people, I have been really frustrated with politics," the 34-year-old told Mamamia.

Now, the former rugby star has made history as the first independent to be elected to the ACT senate.

It’s a career move he never had on his bucket list. But one born out of a need to make change.

"We need fewer career politicians and more people who want to be in there to actually represent the community... [and who] want to work to actually solve some of the big problems that we're facing," Pocock shared.

We've officially made history! Thank you all.

What a huge honour to be able to serve the people of the ACT as a Senator. pic.twitter.com/OoORMmjJ4Z

A striking contrast from the typical figure we see in politics, the activist and former rugby player put his hand up to run as an independent after being approached by members of the community.

"I just have zero interest in toeing a party line that doesn't actually represent what the community that I love wants… I  want to be able to represent a community I love on issues that are important to us and to be accountable to them."

Backed by the Climate 200 movement, Pocock is part of a new wave of independents who have taken seats at this year's election, having beaten out three-term Liberal Senator Zed Seselja.

"I think one of the reasons why we've seen independents do so well at this last election is that people realise they can actually have someone in [government] who is working for them."

Growing up on a farm in Zimbabwe, Pocock witnessed first-hand just how much governments can impact people’s lives.

"I was so grateful for the childhood I had growing up in Zimbabwe... but in the late 90s, things changed pretty quickly politically and the government undertook a pretty rushed land reform program.

"It got pretty unsafe... There was a lot of uncertainty. There was huge political turmoil," he shared.

Sadly, one of Pocock's close family friends was shot dead in an ambush while driving home to his farm. His son was also shot nine times but managed to survive.

"That sort of thing could happen to our dad or anyone with us. As a kid, that is scarring."

With his mum a qualified teacher, Pocock’s family were accepted to move to Australia in 2002.

As a teenager, the future Wallabies captain and Brumbies vice captain, packed up anything he could carry in his suitcase and said goodbye to his home.

Starting a new life down under, Pocock's love for wildlife and conservation from back home on the farm followed him.

"I was fortunate enough to spend a lot of time outdoors [as a kid]... As you learn more about the threats that nature faces and what we're doing to our own planet, you want to be part of doing things better."

In 2014, he proved his commitment to the cause when he chained himself to a digger in a protest against the opening of a coal mine in northern New South Wales.

The rugby player was one of hundreds of activists arrested, alongside fifth generation farmer, Rick Laird, while trying to stop the mine, which later went ahead.

"Having grown up on a farm and seeing what Rick and his family and the community were up against, I didn't think it was right. And in the broader context of climate, it seems crazy to be setting up new coal mines on some of our best agricultural areas."

To this day, Pocock has remained an outspoken advocate for climate action, having co-founded organisations like FrontRunners - which works with athletes to develop solutions to tackle climate challenges - and Rangelands Restoration Trust - which works to build nature-based climate solutions in rural Zimbabwe.

Give his history, it's little wonder climate action was a key issue during his election campaign.

"We've seen a couple of decades of [climate change] being politicised and... we're reaping the consequences of that now being tied to gas and seeing power bills go up. So there's clearly work to be done at the big picture policy setting to transition our generation to renewables," he said.

The 34-year-old has called for Australia to reduce emissions by up to 60 per cent by 2030, which goes beyond Labor’s commitment of 43 per cent.

Outside of climate, Pocock is also a vocal advocate for marriage equality, having waited to officially tie the knot with his wife, Emma, until same-sex marriage was legalised in Australia.

"We didn't think it was right that some of our friends, should they want to get married, didn't have that same right. So we were we made the decision to wait," he said.

The pair eventually wed in a small ceremony in a local nature reserve in 2018, a year after same-sex marriage was legalised.

Pocock is also calling for equality in other areas, with his policies supporting improved safety for women and the Uluru Statement from the Heart.

"As Australians, we live somewhere that has the longest continuing cultures in the world, which is extraordinary, and something that we should celebrate and value and learn from.

"To me the Uluru Statement from the Heart is just the most generous offer to all Australians... It's really disappointing the way it's been ignored and disregarded for the last five years, so I'm really really glad it's on the agenda now."

Looking back now, as a newly elected ACT senator, Pocock says his younger self would be surprised to see how far he's come.

"David would have been really stoked given what I did in rugby, but politics was not something that I would have thought of."