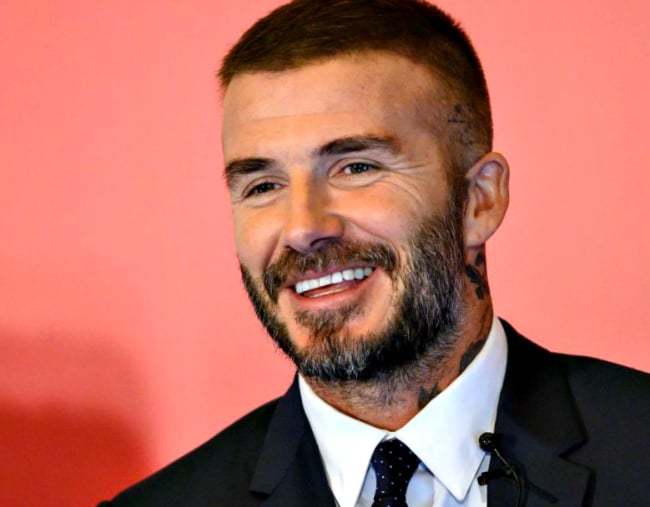 If barbers and hair stylists around the world had a dollar for every time a man walked into their salon asking to look like David Beckham, they’d probably be as rich as the man himself.

Since the 80s, the world-famous soccer player and one half of the UK’s other royal couple has changed both his hair colour and style more times than his wife Victoria Beckham.

The father-of-four has tried it all.

Earlier this week, David hosted a press event in Hong Kong. Rather than noting what the 43-year-old was saying, The People on the interwebs had some feelings about his appearance (which feels kind of familiar, no?).

#DavidBeckham took some poor advice by use hair dye or spray or whatever. Shave your head, son.

For years I trusted that, although many things in the world were not as they seemed, David Beckham’s hair was real. And now this pic.twitter.com/VREOCFdJaW

What the dickens has David Beckham done to his teeth? ???? oh and his spray on hair .. yikes pic.twitter.com/axnMZTGAmA

As reported by Evening Standard, some fans thought David had undergone a hair transplant, while others mentioned hair plugs and spray on hair – all of which are perfectly normal things for a person at any age to consider if their hair bothers them.

But in the conversation around what exactly is going on with his hair, one thing’s been forgotten.

Arguably, no man has worn as many different hair looks as David, and his latest is just one of them.

Here’s a quick recap of his ever-changing hair:

7. 2003 David - Platinum blonde bob Jarrod Smith in Sex and the City moment, sometimes worn in a man bun (before it was called a man bun).

9. 2012 David - Swept back, worn with facial hair (this look became a go-to for the following five years or so).

Regardless of whether there's any truth to the whispers on Twitter about hair loss or transplants (which is kind of none of our business), we hope David continues to mix up his hair looks until he's hanging onto his last grey strands.

For himself, but also for us.

Which is your favourite David Beckham hair look? Tell us in the comments below.