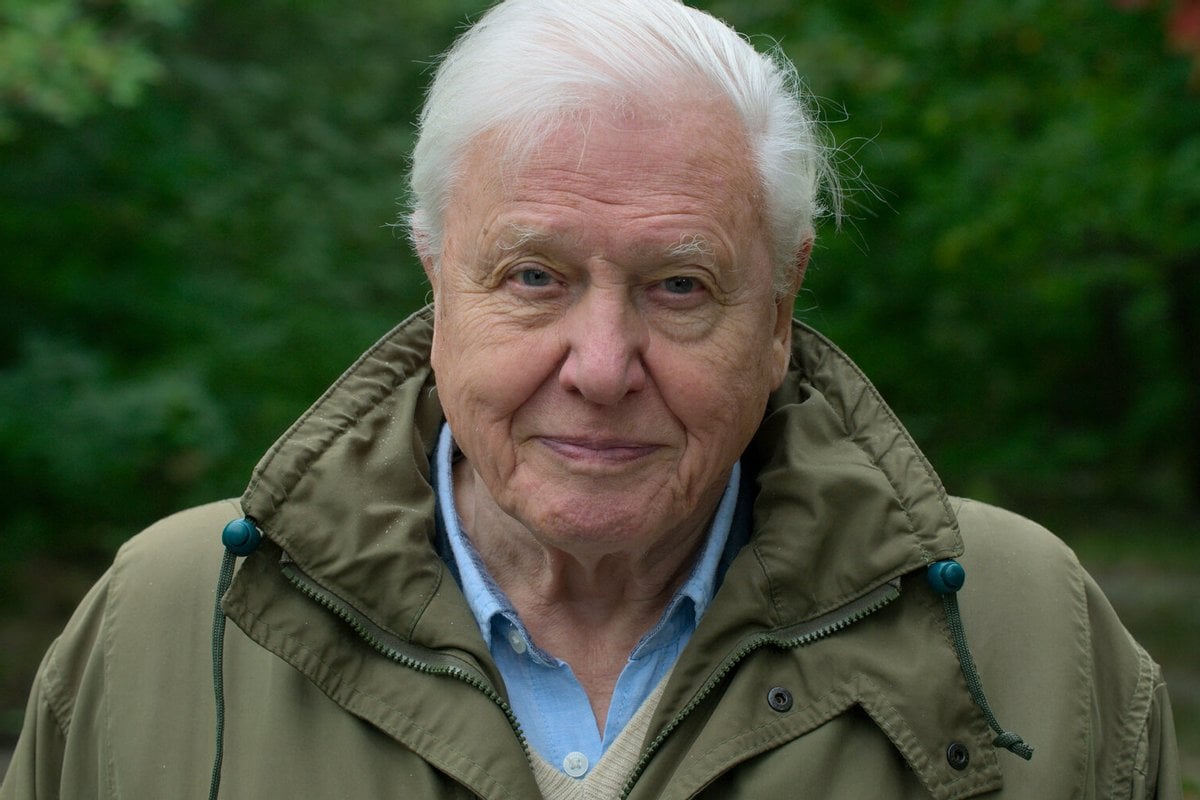 Aniston gained one million followers in just five hours and 16 minutes when she joined the social media platform last October.

Attenborough reached the one million mark in just four hours and 44 minutes. Two weeks on he has over five million followers.

Five million people - from all around the globe and across all walks of life - rushed to hear what the 94-year-old had to say.

WATCH: The trailer for Netflix's David Attenborough: A Life On Our Planet. Post continues after video.

Now he's delivered us a clear message through his new Netflix documentary, David Attenborough: A Life On Our Planet, which dropped on the streaming service on Sunday, October 7.

Attenborough says the 90-minute documentary is his "witness statement", and the story of how humankind has made its greatest mistake.

"I am David Attenborough and I’m 93. This is my witness statement," he says at the start of the documentary, his usually calm voice full of emotion and a sense of urgency.

"The living world is a unique and spectacular marvel, yet the way we humans live on earth is sending it into a decline.

"Our planet is heading for disaster. We need to learn how to work with nature, rather than against it. And I'm going to tell you how."

The documentary is then split into two distinct parts.

For the first 60 minutes of the documentary, Attenborough reflects on his 70-year career and the changes he has witnessed. He shows us just how different the world is now to the one he was born into in 1926.

“I certainly would feel very guilty if I saw what the problems are and decided to ignore them,” he says, as he shifts through the debris from Chernobyl. “We are facing nothing less than the collapse of the living world – the very thing that gave birth to our civilisation. The thing we rely upon for every element of the lives we lead.”

“The forests and seas were already emptying," he says later as footage plays of a younger version of him playing with baby gorillas in Rwanda.

“We haven’t just ruined it… we’ve destroyed it. That world is gone,” he laments, as more clips from his incredible career as a naturalist and documentary filmmaker play on the screen.

Then Attenborough offers his predictions for the next 95 years.

He says if we don't make drastic changes, the Amazon rainforest will be completely destroyed. There will be no ice in the artic. There will be a global food crisis. We'll experience declining fish populations and catastrophic species loss across our globe. The planet will be almost inhabitable.

In the final 30 minutes of the documentary, Attenborough offers us some hope.

It's not too late if we act now.

We need to stop having so many kids. Stop eating so much meat. Introduce sustainable fishing. Clean the oceans. Replace all fossil fuels with solar. Immediately stop all deforestation. Stop buying so much stuff and throwing out our old stuff. Invest in education for all women and children.

At the end of the documentary, Attenborough offers his final sucker-punch; he says when we talk about saving our planet, what we're really talking about is saving humanity.

Our planet has survived five mass extinctions before.

If we don't act now, our planet will survive. But we won't.

You can watch David Attenborough: A Life On Our Planet on Netflix now.