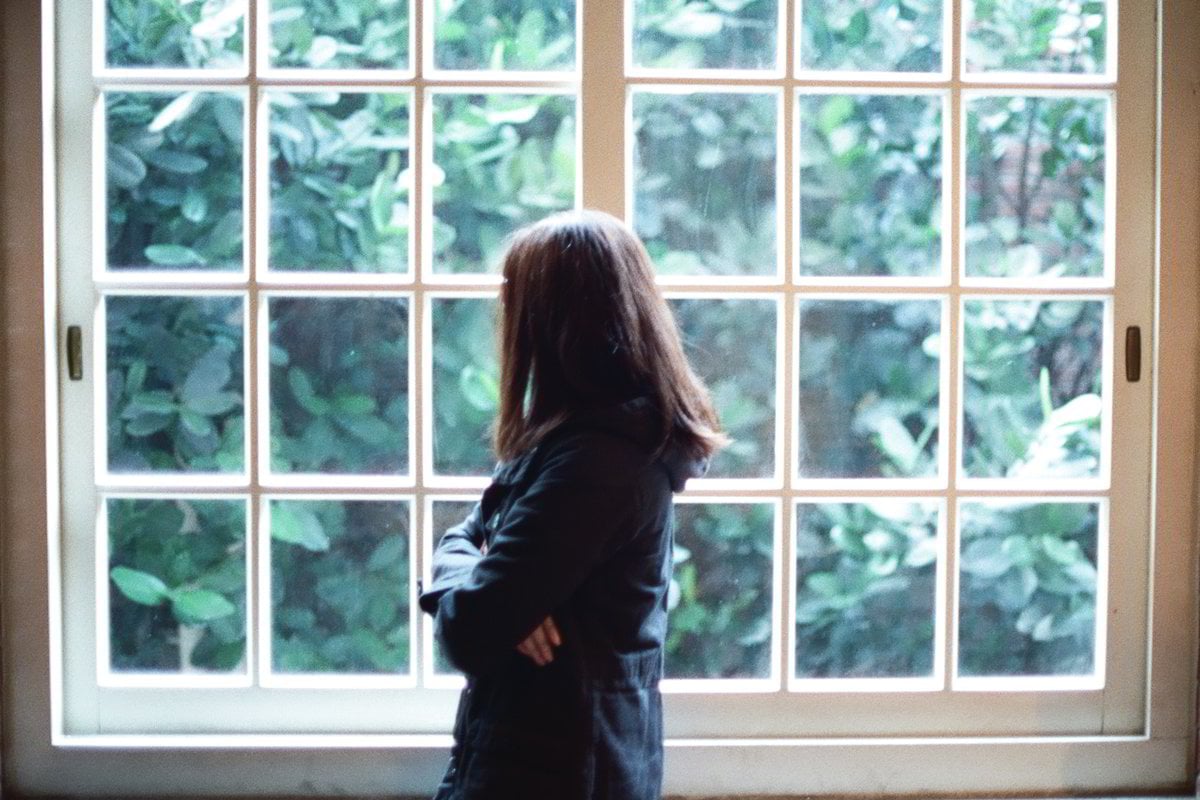 Louisa* was 27 when she was diagnosed with HIV.

From the day of her diagnosis, she has experienced the very prevalent stigma that still exists towards those that are HIV-positive.

"When I was diagnosed, I was completely numb and really confused," Louisa told Mamamia.

"To begin with, the internal stigma was hard to deal with, but then I experienced it from someone who worked in the health field only minutes after I had been given my diagnosis.

"As I went to have further blood tests, I handed over my form to the phlebotomist. They looked me up and down, disgusted, and placed a large ‘infectious’ sticker on my blood slip."

Due to daily medication, Louisa’s HIV is undetectable, meaning the virus count is so low that it cannot be picked up by testing. It also means she can't pass it on to anyone else, including intimate partners or future children.

Despite this, Louisa still faces judgment from others when she tells them of her diagnosis, often due to a lack of education about the virus.

It's especially evident when she shares her experiences with dating.

"When it comes to talking about my HIV status to anyone in the dating scene, it is daunting. Telling people in person, no matter if it’s a first meeting or after a few dates, is really nerve-wracking. Because I still don’t know what makes them tick or what their temper is like. I could be walking into a really bad abusive situation."

"I usually try to tell someone in a public place, as it can offer me a little bit more protection from physical violence. Although embarrassing, I’d prefer embarrassment to ending up in a situation I can’t get myself out of,” she says.

From Louisa’s experiences telling men she's dating, many have been quite challenging and confronting, while others just flat-out reject her.

"I’ve had one block me straight away and say: 'Thanks for telling me, I can’t put myself at risk'."

Others have asked judgmental questions or made comments including: “How did you get that?”, “You don’t look like a druggie”, “So, you have slept around then?”

"I’ve also been verbally abused," she shares. "Guys have accusingly asked: 'Why would you lead me on like that?' Or they say I am not the 'nice, normal girl they thought I was' or that they could 'never trust me again' because I lied to them about something so big."

Lou has even been spat on by a man she shared her status with.

"We chatted online for a week or so, and then decided to catch up at a park for a walk and coffee. The banter was great, easy like it was online. We would have been chatting for about an hour in the park. It was getting cosy, knees touching, holding hands, a few kisses.

"I brought up that I wanted to tell him something personal and I just told him that I was HIV positive, that I take medication so I’m not infectious at all. He got really uncomfortable and started moving away from me. I asked him if he wanted more of an explanation, if he knew anything about HIV and how it is now. He just freaked out.

"He started saying that I shouldn't have kissed him, that I should have told him earlier, that I had deceived him. He didn't raise his voice, but he got up from sitting with me, started moving his hands over his forehead in frustration and confusion, then wiping at his lips.

"He said he felt dirty, spat on me and walked away. At that moment, I felt dirty, deflated and just helpless. I sat in the park for a bit longer and turned on some music on my phone. I needed to settle my nerves before leaving.

"After that I felt like I might never be able to find someone who would accept me for me. Everyone has baggage, but mine just seemed like it was going to be the worst to tell anyone about."

Louisa is not intimate with someone without first telling them of her status. "Although I don't have to do it, I have personally chosen to," she shares. Then there's the struggle of knowing exactly when to tell them.

"Do I just tell people straight up? Do I wait until we're in a relationship? Do I just not date? Every time I think about dating, it brings up so many anxieties about how I will be treated, how and when I will tell someone, and if someone will think I'm good enough no matter what...

"I get that people will want to ask me questions. I am completely okay for people to do that because it shows that they want to understand. But for people to be so judgmental and nasty, be verbally or physically aggressive towards me because of my status? It's unacceptable. And really, why should I have to tell everyone I talk to about my HIV status? Do other single people share their most personal health issues on first chatting?"

Now 31, Louisa is looking for a partner to settle down and have children with. But the impact of others' judgment of her as a person and a potential partner is something she grapples with on a daily basis.

"On one hand, I know that it actually has nothing to do with me. It is something that they don’t understand or that they are scared of. Fear and misunderstandings make people do very irrational and hurtful things.

"On the other hand, it’s just really saddening. When a rejection happens because of my positive status, it is emotionally draining, because it happens all too often. I then go into my own barrage of emotional turmoil thinking I’m not good enough, that I don’t deserve love, and I just have to live with being single."

Reply
Upvote
I'm so sorry.. you are very brave. I hope for a beautiful outcome for you. I have a lovely friend with a great husband, two gorgeous kids, and HIV. It is possible x