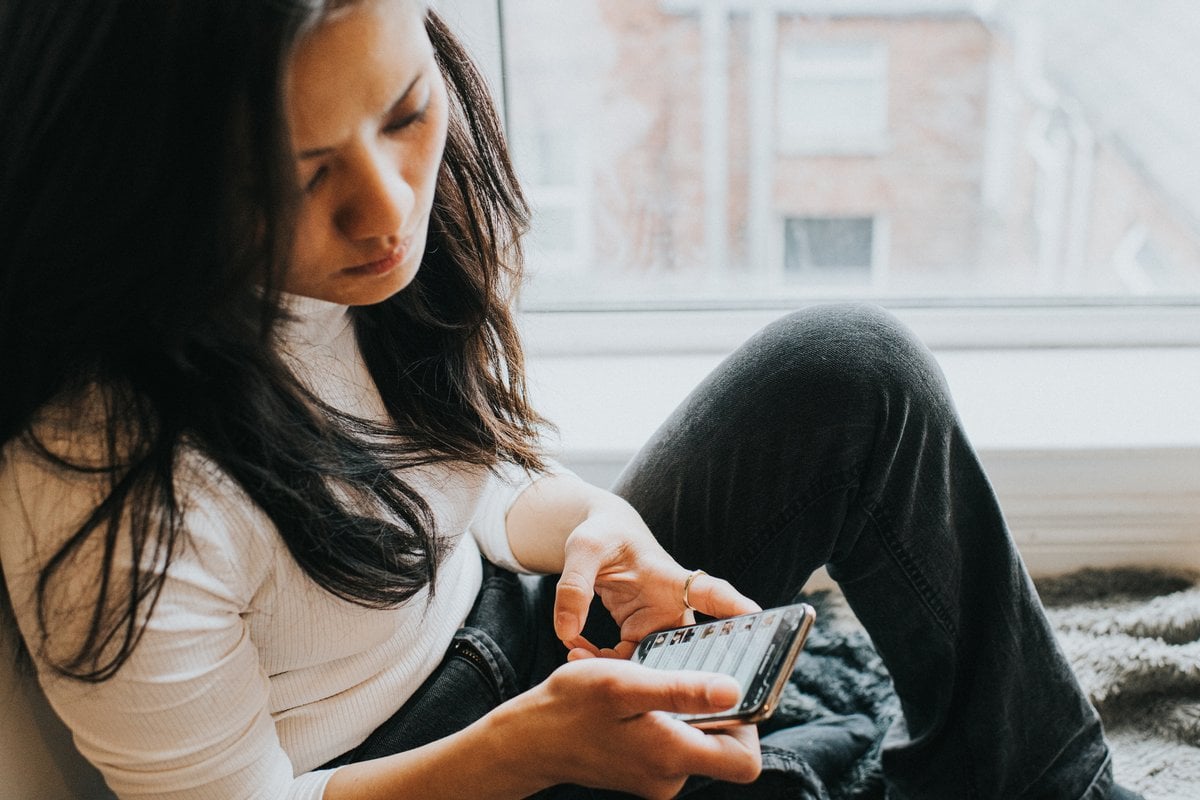 If COVID has shown us anything, it is the importance of human connection.

It’s there on phone calls with family overseas.

It matches your stride on socially distanced walks with friends.

It hangs out in cafes where you dawdle just a little to chat to the barista.

And in the loneliest of moments – in the face of repeated lockdowns – its absence hits you so hard it knocks the wind right out of you.

As humans, we are physically wired to connect, and our social behaviour is a critical part of who we are.

So whether you’re an extrovert, introvert, social butterfly or homebody, the past 16 months have been – and continue to be for many – some of the toughest of our lives.

But amid a pandemic that physically forces us apart, we’ve never been closer.

We’ve never appreciated one another more.

For those in relationships, COVID seems to have turbo charged their Facebook status.

Whether it’s moving in together, popping the question, or popping out a 'rona baby, it seems that the pandemic has spurred a lot of people into action.

But for those of us left on the singles table, dating during a global disaster has redefined the word 'bleak'.

And in a world where most people are craving deeper and more meaningful connections, a new level of ghosting has left me feeling more disposable than ever.

Fresh off the back of my first lockdown – and desperate to speak to another human that wasn’t my housemate – I was finally ready to chuck myself back into the dating pool.

In other words, I re-downloaded Bumble.

Once I’d swiped right on James, we hit it off straight away with some fantastic chat and witty banter. By the time he asked me out a few days later, I was so excited I woke up at 5am ahead of our Sunday night date.

When I got to the pub, I just couldn’t even believe it was him. He was SO hot, so charming, so smart, and funny. British with strawberry blonde hair and a cute AF smile, I couldn’t believe he was out with me!

Drunk off red wine and exceptional conversation, we caught a taxi back to his where we really got to know each other under the sheets.

It was so intimate, I already felt like we had such a connection.

The next morning, he dropped me off home and called me "darling."

On our second date – dinner this time – he kept mentioning future dates and even suggested we go away for a weekend.

A few days later he slept over at mine. We stayed up chatting and once again, had the most intense sex of my life. And by the sound of his compliments, I knew he was feeling it too.

But then, ever slowly, communication started to fade.

Days went by between text messages until *poof*, he was gone.

Listen to Mamamia's Gen Z podcast, The Undone, where Lucy and Emily discuss the three people you will date: including the ghoster. Post continues below.

Things were going so well. I racked my brain – questioning what I’d done wrong – but I came up with nothing.

Weeks passed, and I moved on, until a month later when he sent me a message out of the blue.

A cheeky "sorry for the radio silence" and boom, we were back to our fun and flirty ways.

The next week, he whisked me off to a cosy little hotel in the country for a naughty night away.

After requesting the most romantic room they had, we walked in to a four-poster bed.

An evening of dinner, wine and the most delicious sex was followed up the next morning when he drew us a bath.

It was all so romantic.

Until we were back in the city and his messages petered out once again.

It was a week later when I fell back in with Darcy, a f**k buddy I’d been seeing for six months before the pandemic hit.

After getting my hopes up with James, I was looking for comfort and someone dependable. And Darcy fit the bill.

Plus, the sex was mind-blowingly amazing.

He had always wanted more though. I’d told him that I wasn’t interested in him like that, but still he chased me. And it was nice to be wanted.

But this time round, it felt different.

We actually left the bedroom.

We got coffee, he took me out for dinner, and I went back to his for ice cream.

He would say the sweetest things to me and send cute texts like, "This morning could have been a lot better if I had woken up next to you."

And I started to think, just maybe it could be him.

But then Darcy told me he was moving back home, and all those ideas came crashing down.

He had one last surprise for me though, he said, and asked me to meet him at an address in the city at 2pm the following Thursday.

However, he would be on a tight schedule, he explained, telling me he had to meet some friends at 5pm.

In the days leading up to it, our texts got even sweeter, and I told him how much I was going to miss him.

"I’ll miss you a lot too," he said, "I wish I could have been with you, and shown you how you deserve to be treated."

By the time I arrived at the address the following week, I realised it was a hotel and my excitement shot up.

I was suddenly so glad that I’d spent $300 trawling ASOS for a new set of black lace lingerie.

Inside his room, we had the sexiest afternoon imaginable.

Making the most of his king sized bed and full-length mirror, we even filmed ourselves in the act.

Afterwards, laying in the post-sex bliss, I asked him what he was up to that night.

"Ah," he said sheepishly, "I’ve got this girl coming around at 5pm."

I left in such an angry flood of tears that I expected him to come after me.

But instead, I never heard from him ever again.

After the pain of what Darcy did to me, I was looking to put it all behind me when I swiped right on Doug.

A PT with the body you'd expect, he was dark, tall and handsome – totally my type.

We’d only been speaking for two days – with some fantastically witty and super flirty conversation – when he asked me out on a spontaneous mid-week date.

By this point, there’d been some serious talk of tougher restrictions coming in, so there was no time like the present for some YOLOing.

Refusing to overthink anything this time, I just went with it and had the most romantic first dinner of my life.

There were candles, red wine, a beautiful Italian restaurant and an incredibly sexy date sitting in front of me. Everything was so perfect, I felt like I was in a movie.

Back at Doug’s, we lay on his couch drinking and talking well into the night, until he kissed me and everything else fell away.

For hours, we had sex in his bed, relishing in each other’s bodies.

I’d never felt such intense sexual chemistry in my life.

After that, weeks passed and the messages kept coming, but there was no date number two. Even when I suggested it.

And then he got COVID.

All through Christmas, New Year and his birthday he was at home unwell, while I was on the end of a text, offering to drop off testing kits and groceries.

Once he was fully recovered – and well past the infectious period – he invited me back over.

I came with donut cake for delayed celebrations and some sexy lingerie underneath my dress.

And just like last time, the sex was beyond words.

I saw him one more time after that.

And then he never replied to my text messages again.

For many, the COVID-19 pandemic has led to some hefty re-evaluation and life-altering decisions.

People have changed careers. Moved cities. Bought a car. Taken out a mortgage. Gotten married. Or had the baby they always wanted.

But maybe it’s time to re-value ourselves too.

In a world where dating now means less, I can finally see that I deserve more.

Reply
Upvote
2 upvotes
Isn't that what happens when you meet up for casual hook ups on bumble?