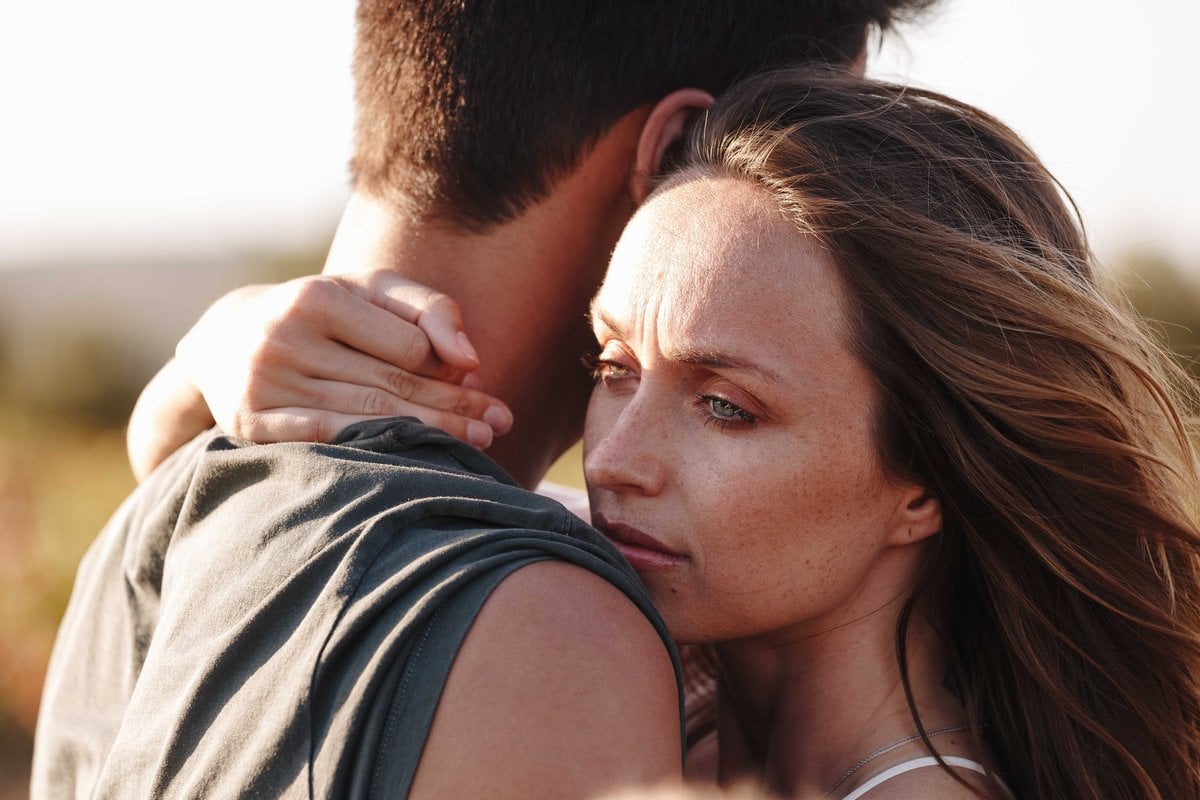 You know those people who journey through grief with grace and thoughtfulness?

Yeah, that wasn’t me.

When my best friend died early last year, my grief was everything but graceful.

I was angry. Really f**king angry. I felt like the world owed me an explanation — or at least some sympathy. I couldn’t bring myself to be happy for anyone or anything around me.

She had warned me about this.

She knew Henry wouldn’t do well alone and would struggle to find his footing as a single dad of two once she was gone. I remember telling her he wouldn’t jump right into dating because he was far too cautious for that approach.

I was wrong. Grief had silenced his otherwise thoughtful brain and turned him into a total horn-dog.

He sent his kids away for weeks at a time to stay with their out-of-state relatives. He pranced women in and out of the house he had shared with his wife only weeks before — a house that was only a block from my own.

I promised her I would support Henry and the kids equally, but I found that more and more difficult with each woman he brought into their previously shared home. One night when I brought the kids home after spending the day exploring a local nature reserve, we all walked in on him making out with yet another nameless woman in their living room.

Their youngest child couldn’t process what she had seen and took off back down the street to my house. Their oldest slammed his door and refused to unlock it.

I was just barely holding it together and had been in that grief-stricken, frustrated, angry space for weeks. I couldn’t keep my mouth shut any longer.

My anger erupted, and Henry was my target.

I attacked him for moving on too quickly, for not loving Amy enough to keep his d*ck in his pants for a few months, and for being a selfish father.

I let him have it and then just turned around and left.

As I stomped my way down the street towards my own house, I felt the sadness of grief and the overwhelming high of white-hot rage surging through my body. Grief made me feel hopeless, but anger made me feel alive. I clung to that anger like a lifeline.

I wish I could say I realised at that moment I needed to be understanding of the choices Henry was making. The truth is, I didn’t realise anything, and my anger was only solidified by letting him have a piece of my mind.

I hated him for what he was doing to her memory and the complications he added to his young children’s grief. I still can’t understand how he moved through his own grief so quickly and why he thought it was appropriate to bring other women into their home less than a month after her death.

I hate him, but I promised her I would support him.

Shortly after I lost my mind on Henry, the COVID-19 lockdowns began. I’ve sent messages and called to check-in, and I’ve remained part of the kids' lives — but we still haven’t talked about what happened.

He has continued to date, even during the lockdowns. Their kids still come over multiple times every week and talk about their dad and the different women he’s been dating.

I try my best to just ignore it.

We spend our time together playing, exploring, and talking about how amazing their mum was.

I still feel guilty for letting Amy down and not supporting her widowed husband the way we had both envisioned, but I’m trying to cut myself some slack.

For now, supporting their kids is the only way to help him and maintain my own sanity.

I think Amy would understand.

You can read more from Bradlee Bryant on Medium.

M
m.js a year ago

Reply
Upvote
He was behaving like a d**k to do that in front of his children so quickly.  Was there a better way for you to handle it?  Probably, but his children were obviously upset so your reaction would have given them some validation for what they were feeling.  The fact you are now not commenting on his behaviour and continuing to help him with his children show you are a wonderful friend.
C
cat a year ago

Reply
Upvote
1 upvotes
Anger is a stage of grief, but it’s not a rational one. You can be angry to lose your friend, but it’s best not to take that out on someone else who is struggling.
Perhaps sending his kids to family gives him time to process and it’s exhausting parenting bereaved children. Perhaps an empty house is too much to bear and company without emotional obligation is what he needs to survive. We never know the full story of someone else’s family.
Unless we’re willing to step in and help someone grieve, I don’t think we can judge the way they do it.
News
General
Opinion
True Crime
Politics
Sport
Explainer
Entertainment
Celebrity
Reality TV
Movies
TV
Books
Rogue
Royal
Lifestyle
Beauty
Fashion
Weddings
Home
Wellness
Health
Fitness
Travel
Food
Parents
Before The Bump
Pregnancy
Baby
Kids
Teens
School
Parent Opinion
Work & Money
Money
Finance
Career
Lady Startup
Relationships
Sex
Dating
Separation
Friendship
Family
Real Life
Couples