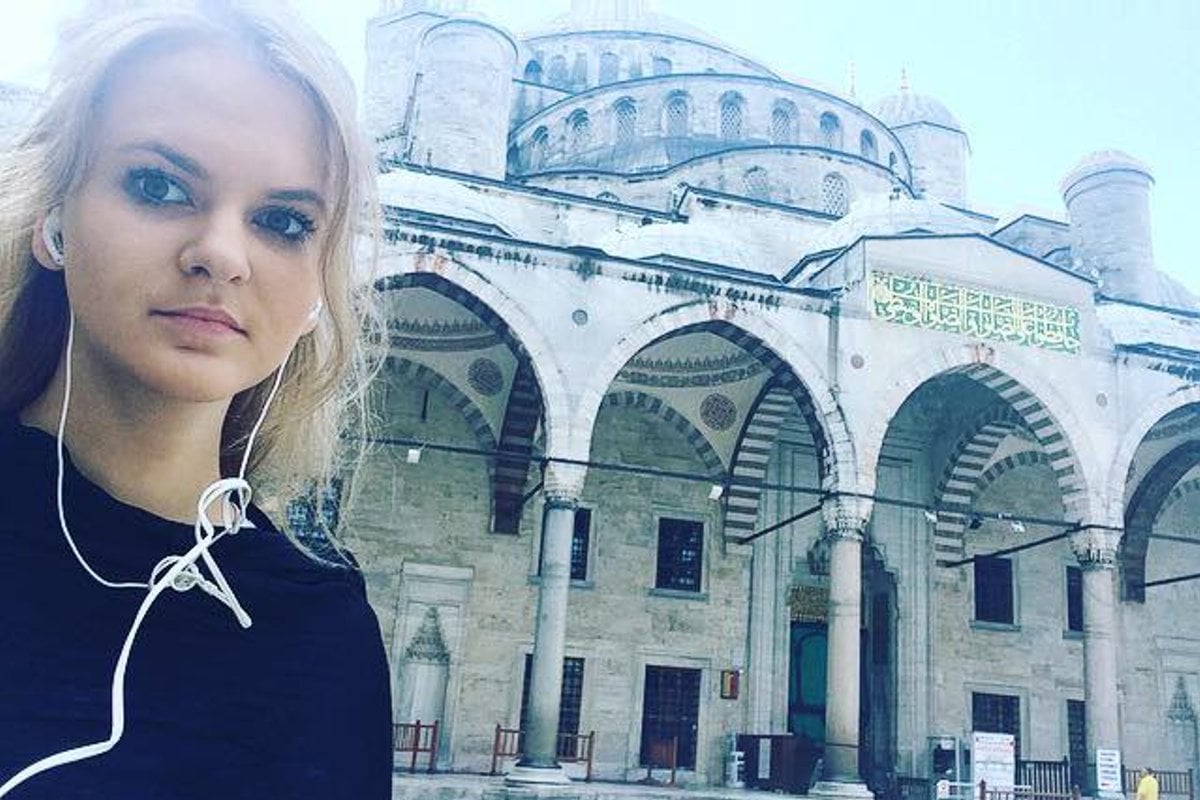 I once dated a nice guy. Yes, they still exist. He was polite and thoughtful. He prided himself on his pleases and thank yous, he made me dinner when I visited and kept his fridge stocked with my favourite wine.

He texted me to make sure I got home safely and remembered to wish me good luck for my appointments.

He was a nice guy. And niceness was very important to him.

He often reminded me about the 'niceness' he displayed across multiple interactions - bad first dates, Facebook Marketplace meetups and work meetings - where he would always, always default to patience and politeness.

Such niceness was not exclusive to me, but extended to other women as well.

I found out that he was on a dating app, and when I confronted him, "niceness" came to his defence. Apparently, discussing date logistics with one girl, when exclusively dating another, was him just "being nice".

At first, it was not the betrayal itself that stung but rather the fact it came from such a "nice guy". But, after the dust settled, and I was subjected to a lot of 'told you sos' from friends who weren’t swept up by the surface-level pleasantries, I realised this outcome was not in spite of him being a nice guy, but because he was a nice guy.

At the heart of it, "being nice" is merely a social lubricant used to facilitate low friction interactions and avoid confrontation.

"Being nice" is acting in a way that society says you should but not must. Niceness is socially appropriate, but not mandatory, and can be abandoned in favour of self-preservation and self-defence.

As Gavin de Becker says, "Niceness is a decision, a strategy of social interaction; it is not a character trait." We should default to niceness in social interactions - team meetings, ordering food at restaurants, and thanking the bus driver.

But when it comes to dating, the "nice default'' can be, at best, somewhat confusing, and at worst, a form of deceit.

Deceive or be deceived.

Progressive feminist discourse and the fickleness of modern dating has provided many of us with a hall pass from "niceness".

When we take the pass, we no longer feel obliged to grin and bear it through misogynistic conversations, unwanted attention, or dead-end dates.

Freed from the "nice default", we may be more frugal about certain "niceties" - texting back fast, remembering key details, chauffeuring one home - and assign them only to people we truly care about.

But, not everyone is free from the "nice default" and some still consider "being nice" as a guiding principle rather than an outcome-oriented decision.

After the dating app fiasco, I questioned why he had taken me out for my birthday, if he had wanted to break up and see other girls.

His response was that it was the 'right thing to do'. It was not that he wanted to do something nice for me, but rather he felt obliged to meet a moral standard he had established for himself.

I beat myself up for mistaking his niceness for genuine care. But because "nice guys" aren’t just nice to you, they are nice to everyone, their "nice acts" are often invalid in the game of 'he loves me, he loves me not'.

Their politeness is not an indication of interest.

I used to blame my penchant for the "bad guy" on low self-esteem or a craving for trouble by association.

But now, I think it's more so an attraction to sincerity - which often lies in being shamelessly selfish and brutally honest.

If someone's unwavering "niceness" is considered "out of character" by a former bad date but "in character" by you, it’s easier to trust that, should you be on the receiving end of the "niceness", it holds weight.

After all, the antidote of "niceness" is not "badness" but rather authenticity.

The niceness tit for tat.

We live in a highly individualistic culture and a society in disputes over whether 'chivalry is dead'.

Because of such, being nicer and more chivalrous than average can delude the giver and receiver of "niceness" to consider it a particularly heroic act.

The end of "niceness" — as a social expectation banished first by men then women — has been strategically resurrected by some and embraced as a point of difference.

And yes, being nice and behaving in a way that is out of sync with one’s true desires is a sacrifice, absolutely. But "niceness" is not a social currency that we should feel indebted to appreciate the value of.

When we are "nice", we do not access benefits like being protected from accusations of wrongdoing. Nor are we entitled to repayments in the form of compliance, admiration and approval.

Once I criticised the nice guy for excessive ogling of my best friends, his niceness was used as a get-out-of-jail free card: "You come over here and I cook you dinner" and ''I've been nothing but nice to you".

In a counterattack of sorts, I was told that such a complaint made me "less nice", and therefore, less worthy of his respect.

"Niceness" is not the gatekeeper of other virtues. You do not get a set of keys and every time you raise your voice or start a conflict, the locks are changed and you can no longer access other virtues: generosity, respect or kindness.

Nice ain’t all that.

This is not meant to be a slam piece. After all, he was a very nice guy. If anything, I’m sorry that he felt so trapped by "niceness" that he couldn’t stay true to himself.

In order to free people from the chains of "niceness", we need to firstly stop judging other people for not being "nice".

Similarly, we need to stop judging people by their ability to be nice. We need to withstand the bright lights of the "halo effect" and not base our perception of someone on one single trait: "niceness".

We should not mistake being "nice" for being kind, being tolerant for being compassionate, and being polite for being caring.

Likewise, we should not misuse labels like "toxic" with assertiveness or "bitch" with being reserved.

And finally, we need to stop lambasting men as "f**kboys" if they don’t respond to our messages or fade out after a few dates. Because, really, if they don’t genuinely want to please us - why should they?

As Aziz Gazipura writes in Not Nice, the opposite of "nice" is not mean, but rather, "Knowing who you are, what you believe in, and what you value. It’s you being powerful and going after what you want because you are no longer held back by the fear of what others will think of you. It’s you being fierce, determined, and courageous."

Reply
Upvote
The term "nice guy" in relation to dating is generally used for incel types who think that women owe them attention. Are we saying this guy was like that or was he 'nice' as in polite?
S
simple simon 25 days ago

"niceness" is not a social currency that we should feel indebted to ...
Nor are we entitled to repayments

A lot of men have this idea that if they are "nice" to someone, that they are owed something in return. And it's not just with women.
When I was a young man, I was involved in an activity where, primarily due to genetics, I responded well to. I always had guys coming up to me, wanting to be my "friend", being "nice" to me. And there was always this feeling that because they were nice to me, that i owed them something in return.
(And yes, as soon as they realised hanging around me wasn't going to work out like they thought, all these "nice" guys didn't want to know me.)
I put nice in inverted commas as being nice because you're looking for something in return is not being nice.  I once saw something that said: being nice to someone because you're looking for something in return is not being nice; it's a transaction.
As an aside, I actually thought this was the whole basis of the incel movement. That they are "nice" guys, so women should want to be with them. But that they don't means they've been cheated.  They've done their end of the deal, but women haven't, so they have a right to be angry.
News
General
Opinion
True Crime
Politics
Sport
Explainer
Entertainment
Celebrity
Reality TV
Movies
TV
Books
Rogue
Royal
Lifestyle
Beauty
Fashion
Weddings
Home
Wellness
Health
Fitness
Travel
Food
Parents
Before The Bump
Pregnancy
Baby
Kids
Teens
School
Parent Opinion
Work & Money
Money
Finance
Career
Lady Startup
Relationships
Sex
Dating
Separation
Friendship
Family
Real Life
Couples