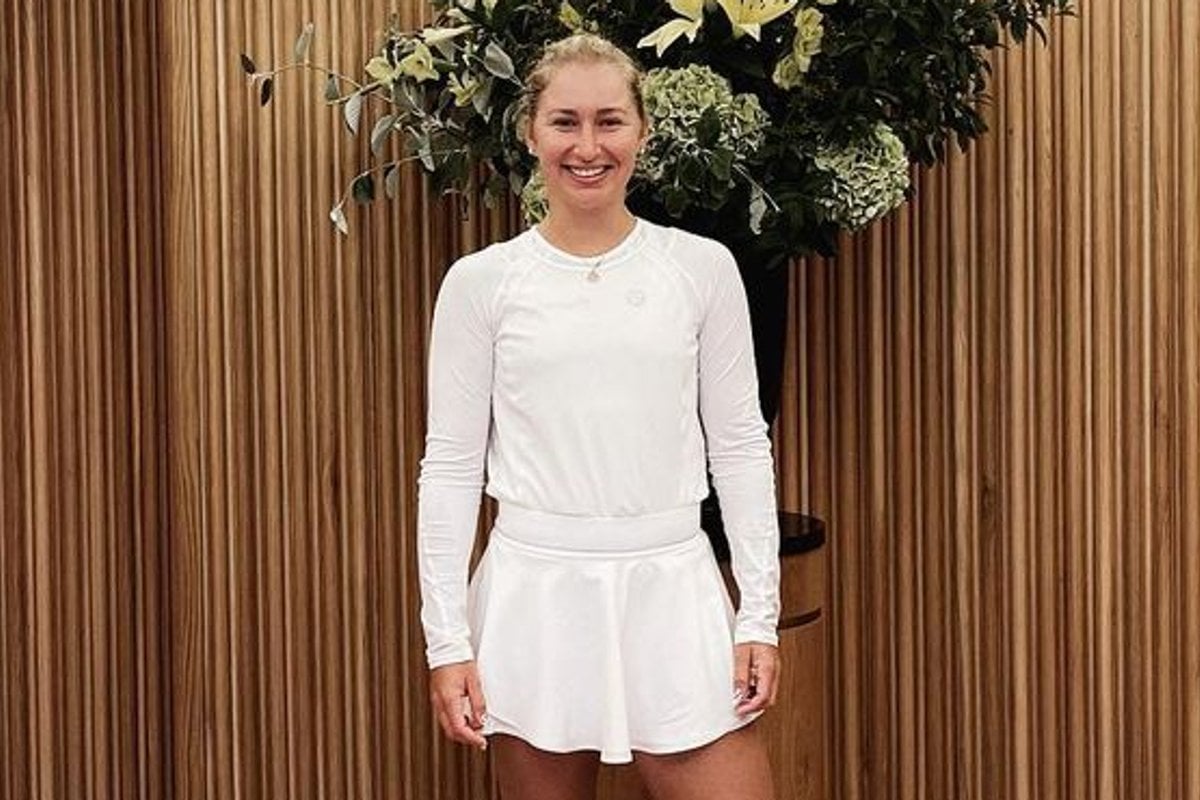 Since the tournament began in 1887 as a male-only event, Wimbledon has required players to abide by a strict all-white dress code.

On Wednesday, Saville said that despite knowing the uniform looks good, it adds an extra level of stress for female players on their period.

The 28-year-old also shared the measures she took to avoid it.

"Recently just being at Wimbledon, I was talking with my friend saying that I love the all-white look, but then a few girls said they hate it because it sucks to wear all white while being on your period," the world No.98 told The Daily Aus.

"It's true, I myself had to skip my period around Wimbledon for the reason that I didn't want to worry about bleeding through. We already have enough stress."

"Imagine being a swimmer or a dancer... Sometimes it just sucks to be a girl," she added.

The strict dress code requires "the back of a shirt, dress, tracksuit top or sweater to be completely white" as well as "shorts, skirts and tracksuit bottoms".

Not even caps, headbands or the soles of tennis shoes are exempt.

The rules recently made headlines after Nick Kyrgios wore red sneakers and a red cap during a post-match interview on court.

In the comments of The Daily Aus' Instagram post, Saville detailed just how stressful it is getting your period mid-match.

"We are only allowed two toilet breaks during the match. Thank god I had a female umpire. I explained to her what is happening and then I waited for someone to bring me a tampon because I didn’t have any," Saville wrote.

"It was also 38 degrees on that day, that’s why I said it sucks to be a girl sometimes," she added.

Saville's not the only female player to have raised concerns about the strict dress code.

In the comments, Australian tennis player Priscilla Hon also shared her own experience at Wimbledon.

"When I played semi finals of junior Wimbledon, it was televised and I leaked late in the second set during the match," she recalled.

"They would film us at change overs and zoom in and I had towels all over me and I would had to get my doubles partner to keep checking to see if it didn’t get through my bike pants onto my skirt.

"The goal for the match after that was to just not leak all the way through. Tennis comes second when that’s happening and you can’t really think about anything else after that."

Listen to The Quicky Junior, Mamamia's daily news podcast for you and your kids. In this episode we discuss why Wimbledon players have to wear all white and what that means for women. Post continues below.

In May, Puerto Rican tennis player Monica Puig addressed the issue on Twitter, replying to tennis commentator David Law, who said in his 25 years working in the sport he's never considered the impact mensuration has on female athletes.

"Definitely something that affects female athletes!" she wrote.

"Finally bringing it to everyone’s attention! Not to mention the mental stress of having to wear all white at Wimbledon and praying not to have your period during those two weeks."

Definitely something that affects female athletes! Finally bringing it to everyone’s attention! Not to mention the mental stress of having to wear all white at Wimbledon and praying not to have your period during those two weeks. https://t.co/PzyHnPlSJk

Tennis commentator Catherine Whitaker says the dress code is outdated and hopes to "see it change".

"If they had a clothing policy that affected men in the way that it does women, I don’t think that particular tradition would last," she told the Telegraph UK.

"I cannot imagine going into the biggest day of my life, with my period, and being forced to wear white."