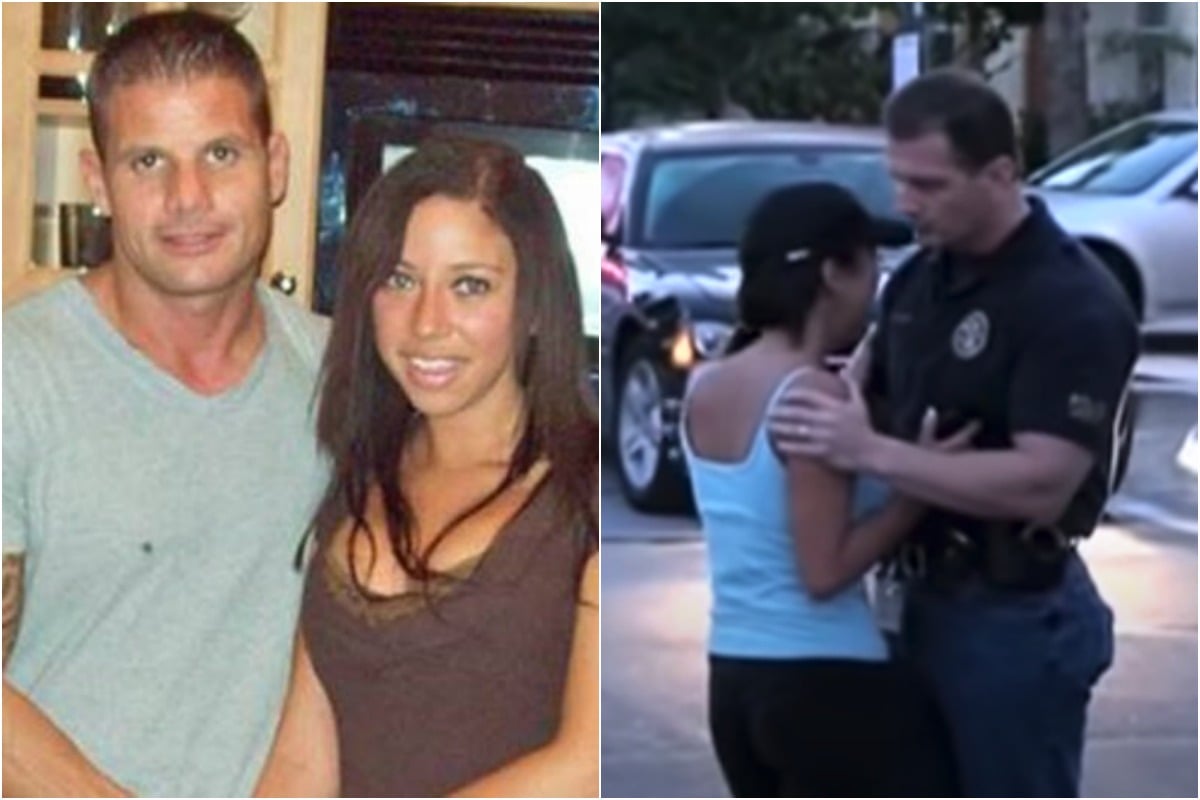 Just before 6am on the morning of August 5, 2009, newlywed Dalia Dippolito drove the 2km from her house in Palm Beach County, Florida, to her local gym for a workout.

While she was there, she received a phone call from a detective who told the then-26-year-old to return home immediately.

Arriving in front of her police tape-covered home, video footage from the scene shows Dalia breaking down in tears after being told her husband, 38-year-old Michael Dippolito, had been shot dead.

But her distraught reaction was a complete lie, as was that of the detectives who comforted her.

The police not only knew Dalia had hired a contract killer to murder her husband, but they'd allowed reality TV show COPS to film the fake crime scene for one of their episodes - with the crew's cameras disguised on the suburban street as breaking news reporters.

In 2021, Dalia Dippolito's story is being investigated by Signs of a Psychopath, which revisits some of the most dangerous killers in modern history to see what traits they possess.

When Dalia was taken to the police station for questioning after that scene outside her house, she was asked, "Is there anyone that you know that would want to kill your husband?"

"He's on probation," she explained, telling the interviewing officer about the "problems" her husband had been having since getting out of jail for organised fraud.

But she was cut off by the officer.

"You're going to jail today for solicitation of murder, you're under arrest," she was told.

It took a few seconds for Dalia to digest the 'gotcha' moment. Despite being told the hitman she paid was in fact an undercover cop, she was quick to claim she "didn't do anything" before breaking down into tears.

It wasn't the first time Dalia had tried to kill her husband, Michael. She'd previously laced his Starbucks tea with antifreeze, but he'd spat it out after one sip. She'd also planted drugs on him and called police in an attempt to get him arrested for violating his probation. None of it worked.

Then, after reconnecting with an old boyfriend, Dalia shared her desire to kill her husband. But the ex-boyfriend took the information directly to police and then worked with them on the sting operation that would eventually put Dalia behind bars.

A hidden camera captured the former sex worker and real estate agent telling the 'contract killer' she's “5,000 per cent sure” she wants her husband dead.

Later Michael would tell the media, as reported by crime podcast CaseFile, his wife looked like she was doing nothing more than "ordering a cheese sandwich" while plotting his assassination. 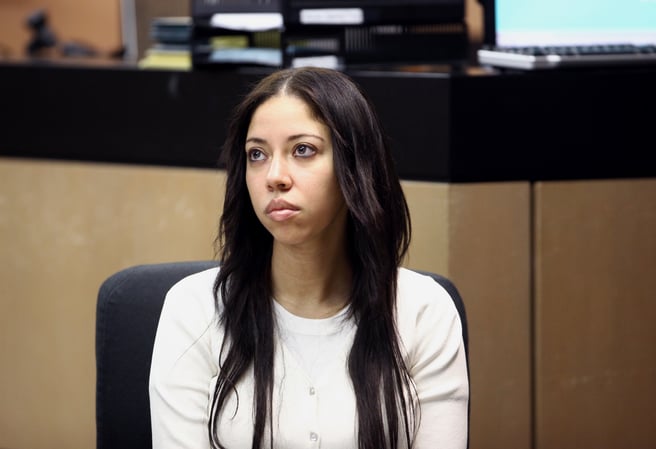 Dalia during her 2011 trial for plotting to murder her husband. Image: AP Photo/Richard Graulich, via AAP.

While organising the murder, Dalia was simultaneously getting her husband's assets into her name, and cajoling another former lover with sexts and promises of a future together, while convincing him to help her freeze Michael's bank account and steal cash.

Michael Dippolito hadn't had the easiest and most law-abiding of lives. He'd been in prison, had drug problems and met Dalia when he paid her for sex, while cheating on his first wife, Maria.

Despite the way their relationship ended, Maria told the Palm Beach Times, "The man she fell for was a sweet, caring boyfriend. There was nothing that he wouldn't do for me."

When asked about his wife's sinister plot, Michael told WPBF 25 News: "I just wish that we never met. We had plans... we were looking at baby names."

But even the baby was fake. Dalia had falsely told her husband they were expecting. 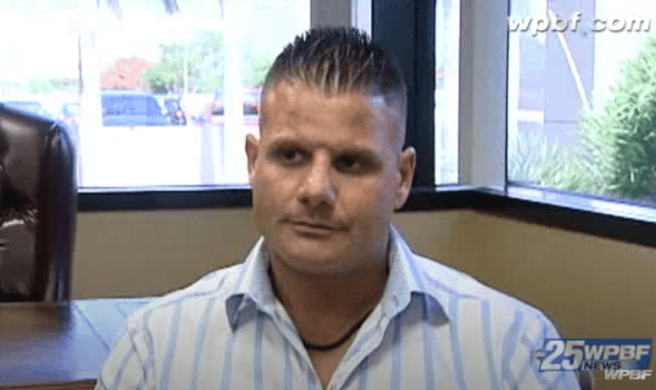 Dalia had lied about her pregnancy while plotting to murder Michael. Image: WPBF.

In 2011, Dalia Dippolito went to trial for the first time and was found guilty of solicitation to commit first-degree murder, despite her defence attempting to argue the whole thing was a 'scripted ploy to snag a reality TV show'. The judge, who called the murder-for-hire plot "pure evil," sentenced her to 20 years in prison.

During Michael's impact statement, he talked about how the crime had left him a "nervous wreck" and led to the failure of his business.

"If Dalia would have owned it like a normal person, I would have respected that. But when I get to court I hear that I want a reality television show. Not only is she saying that, but her lawyers allow it. It's ridiculous... you should have just said space aliens landed and they did it. If she wanted to steal my money and leave me, she should have got a divorce. This isn't a wholesome person. This isn't a person with any regret or any remorse," he said.

In 2014, Dalia's conviction was successfully thrown out after an appeal, and a second trial resulted in a hung jury after the defence changed their tact - this time blaming the police.

While she waited for a third trial, Dalia lived at her mother's home on house arrest, and fell pregnant with a son. The details concerning how she met her child's father, and the name and details of the boy, haven't been disclosed publicly.

In 2017 after a third trial, a jury returned a verdict in just 90 minutes and the new mum was sent back to prison. Dalia was again convicted of solicitation to commit first-degree murder, and sentenced to 16 years in prison.

She will remain behind bars now until August 2032, by which point her son will be 16.

Despite the reinstated sentence, her lawyers are still fighting her conviction. As recently as February 2020, a judge refused to hear her case on appeal. But her lawyer vowed to continue to file petitions in both state and federal courts.

simple simon a year ago