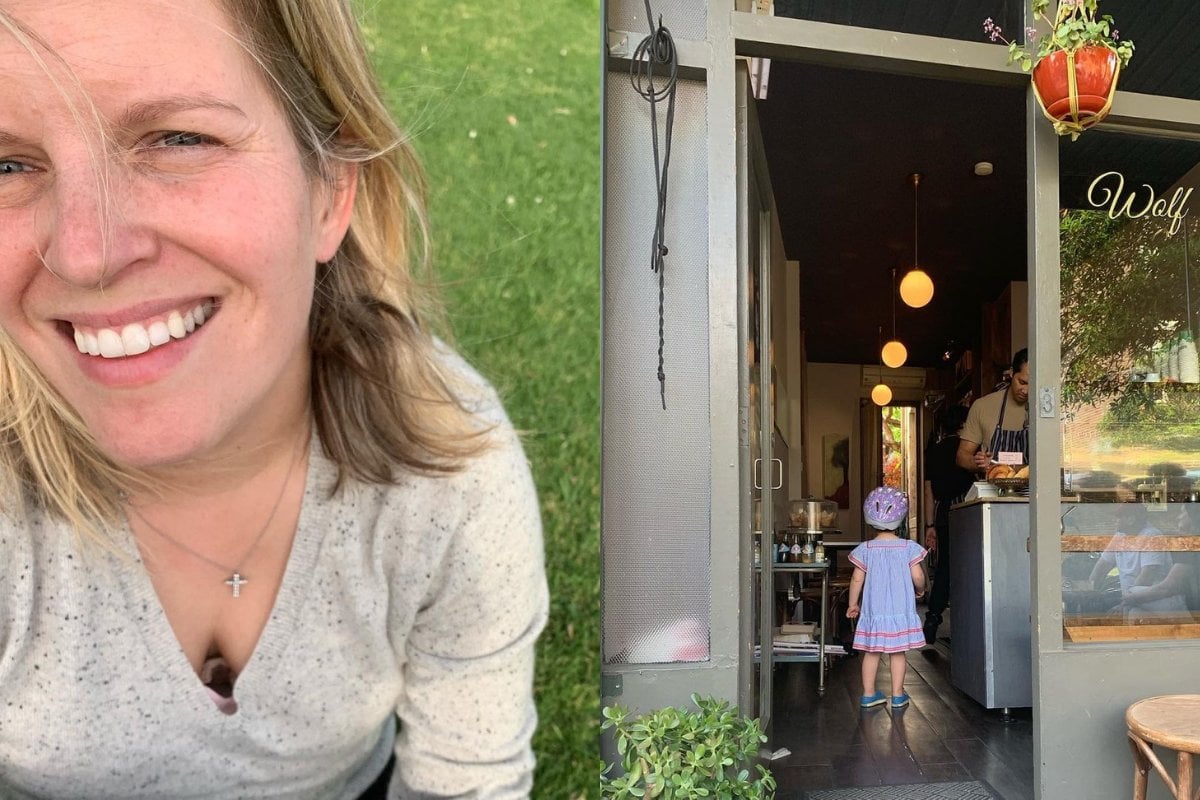 The last 18 months have taught us a lot about the importance of resilience.

For parents trying to raise resilient kids during this tumultuous time in history, it is especially difficult.

We sometimes think that by clearing all the messy, hard, and challenging stuff out of their way, we can make it happen. But by protecting our kids from all the bad, we're actually doing more harm than good.

Daisy Turnbull is a teacher and director of wellbeing at St Catherine’s School in Sydney, and she’s also a mum-of-two and author of 50 Risks to Take With Your Kids.

Daisy chatted to Mia Freedman on the No Filter podcast about the surprising link between taking risks and building resilience.

Listen to Mia's chat with Daisy here. Post continues below.

Here are some of the most unexpected ‘risky’ things Daisy says that we can do to help our kids grow into resilient adults.

Let them ‘level-up’ in their own time.

As a busy parent it can be easier to keep doing everything for your kid so you can actually leave the house in the morning.

For example, Daisy says that it can be frustrating to watch your child struggle to put their shoes on, when it would be quicker and easier to do it yourself.

But she says it’s important to let them ‘level up’ in their own time.

As parents, we need to give our kids the opportunity to practise their new skills so that they feel challenged, and eventually, so they can become independent.

Let them understand their own limitations.

Kids need to know and understand their own risk limitations, and that sometimes means taking a risk.

Daisy describes a time she saw a nervous mum yelling at her scooter-riding infant to stop, because she felt he had gone too far.

If she didn’t yell and instead let him keep riding on what was a safe footpath, then he would have eventually stopped.

Feeling scared by not being able to see his mum, because he’d kept on scooting, would have helped the boy to work out his own risk limitations and then (hopefully) adapt his behaviour for next time.

Ask them to order their own babycino.

As so much of modern parenting is steeped in fear, it can be hard for our kids to trust or talk to other adults.

A safe and easy way parents can encourage some social interaction, Daisy says, is to get them to order their babycino or morning tea at a café.

Ask them to use their manners and request whatever it is they want directly from the wait staff, while you are there to support them.

Yes, we need to talk to our kids about stranger danger, but we also need to allow interactions that help them to build a sense of trust in their gut instinct.

Daisy gives an example of her son Jack taking his favourite Peso the penguin from the television show Octonauts, to daycare.

At first she told him he couldn’t take it, then he begged, and she told him about the risk of him losing Peso - but he still wanted to take the toy.

You can guess what happened next. Jack lost Peso and was very upset, but he also learnt a tough lesson about looking after things.

Even now, many years later, Jack and Daisy still reference the Peso incident. He remembers how upset he was that once something is gone, it’s gone forever!

Get outside and climb a tree.

One of the types of risks Daisy identifies in her book is physical risks, such as riding bikes and climbing trees.

Yes, it might cause an injury, but that injury is much more likely to just need a Band Aid or an ice pack than it is a trip to the emergency room.

According to Daisy, the benefits of being outdoors and climbing a tree far outweigh the downsides. Children develop coordination and strength as well as confidence and problem-solving skills – all great for building independence.

Let them be bored.

What with after school activities, weekend birthday parties and technology, kids are much more likely to be overscheduled than they are bored these days.

Daisy believes, however, that boredom is important to allow creativity and initiative to flourish.

In her book, she says if you notice your kids playing on their own, leave them to it and go do something else. If they ask to watch TV, try to delay it and see what happens – they might end up distracted by LEGO in their room and forget all about the TV.

Make tweens and teens go out to socialise.

Prior to social media, previous generations had to leave the comfort of their homes to have fun or talk to friends.

We hung out at the park, or at the shops, and we spoke to our friends face-to-face.

Daisy says that learning how to communicate in a social setting, rather than on a screen, will help kids to navigate the highs and lows of group interactions that they will one day need in real life at university or in the workplace.

In other words, don’t let them get too cosy in their bedrooms or they might never want to..leave.

By encouraging some risk and talking to your kids about risks, Daisy feels it won’t make kids become riskier - rather it will enable them to feel less anxious about doing things by themselves.

The more we teach our kids to recognise their own limits, the more hopeful we can be about raising independent and resilient adults able to navigate this crazy world we live in.

Buy Daisy’s book, 50 Risks to Take With Your Kids, here.