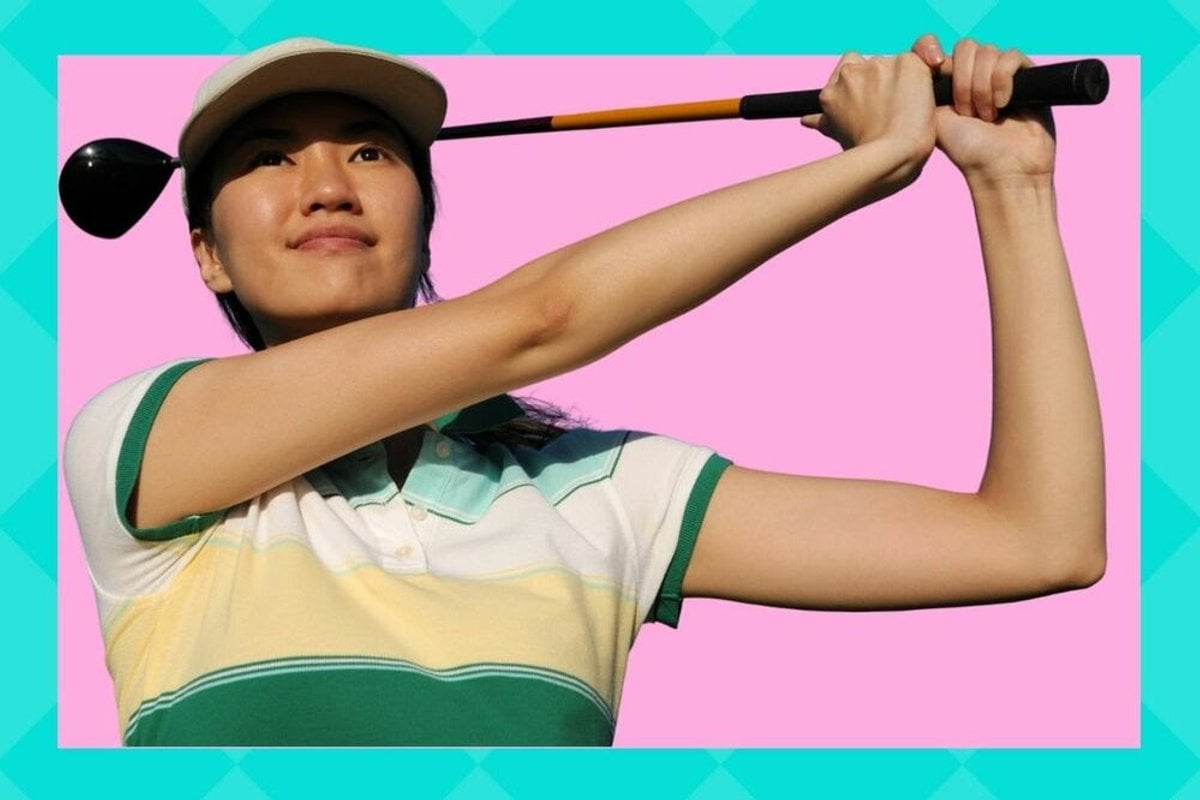 For Mother’s Day, Mamamia wants to promote gender equality by encouraging women to #LowerTheBar for themselves and others. The standards are so high for mothers and the ultimate cost is women’s mental health and wellbeing. That's why you'll notice something different about the stories on our homepage today. To draw attention to the underappreciated reality of being a mother in 2021, we've written satirical stories using headlines that would never, ever be written. Ultimately, the message is that mums are held to an impossible standard, and this Mother’s Day, we should give them the ultimate gift: kindness. You can read more about Mother's Day at Mamamia here.

Local hero Maxwell Wood has made it out the other end after a gruelling day looking after his own children, Mia, 6 and Harley, 4, while his wife Kate completed a full 18 holes on the golf course.

Wood's day began bright and early when the kids jumped onto the bed, leaving him to occupy them while mum slipped out to decide what golfing pants best suited the day's conditions.

With her out the door, Wood served breakfast, began a game of chase and then promptly opened up YouTube Kids.

With Mia and Harley successfully mesmerised by a Russian child unboxing toys, Wood snuck off for a shower and to watch a recap of last night's footy on the flat screen in the master bedroom.

"Kids are exhausting, you know, and I barely get any time to myself," he said. "Thank God for iPads, huh?"

There was a slight snag around lunchtime because Wood served Mia chicken crimpy flavoured Shapes, which are strictly Harley's, but the fight was quelled by the words "Maccas for dinner?".

Wood, who previously parented his children for four hours last month when his wife went for 'dinner with the girls', said he relished the challenge of the day.

In a shocking twist, Wood did not even label it 'babysitting'.

"I thought, 'wow, what an attentive father'," said neighbour Shirley, who said she watched Wood sipping a cup of tea while his children bounced on the trampoline in their backyard.

"He watched them for a good 30 minutes. If only my husband had been like that when my kids were younger, I could've done with a little more 'me time'," she laughed.

By the time Kate returned at 3pm, all three children Wood and the kids were in a game of hide and seek, of which Wood had opted to hide. In his bedroom, sneaking glances at the TV from the gap in the wardrobe doors.

In equally great news, Kate made it through the round two-under-par and arrived to her lounge room only partially trashed.