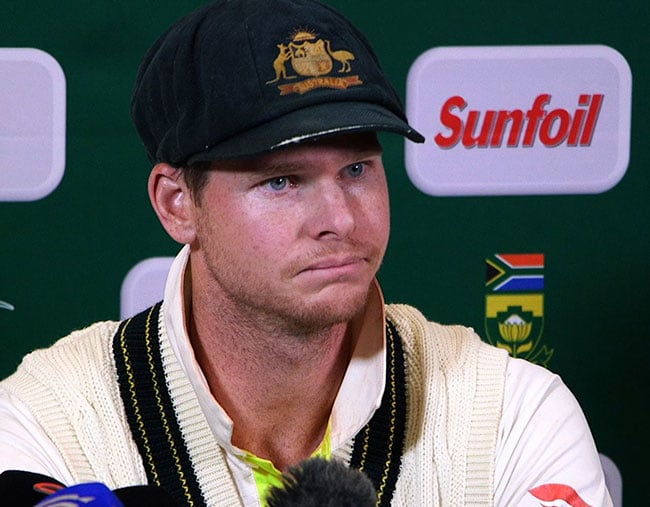 It’s known as ‘The Gentlman’s Game’ but over the weekend, after revelations that the Australian team had made a deliberate attempt to cheat in a test match against South Africa by tampering with the ball, cricket has become anything but.

The sport’s fans were shocked when the Australian team captain, Steve Smith, admitted he and his teammates had purposely attempted to alter the surface of the ball during the third test in Cape Town. After teammate Cameron Bancroft was spotted rubbing the ball’s surface with yellow sticky tape, both he and Steve Smith came clean in a press conference.

“I saw an opportunity to potentially use some tape and get some granules from the rough patches on the wicket and I guess try to change the ball condition,” Bancroft told reporters, while Smith added, “We made a poor choice. We deeply regret our actions.”

Steve Smith and the team’s vice captain, David Warner, have both been stood down from their positions as the match heads into its fourth day. Smith has been suspended from the next test and he’s been fined 100 per cent of his match fee.

Cricket Australia is expected to launch an official investigation into the incident, which could well spell the end of Smith, Warner, Bancroft and coach Darren Lehmann’s careers.

We discuss the South African’s taunting David Warner and his partner Candice Falzon earlier in the Test. Post continues after.

It’s safe to say the scandal has fans more than irate. And plenty of them have shared their views on Smith and his team’s actions on social media.

One fan was so enraged, he shared a video of himself setting an Australian cricket team cap alight.

Still so disappointed in what I saw yesterday from @stevesmith49 and @CricketAus in general it leaves only one thing to do – #TorchYourMerch. #AUSvSA #balltampering

Others’ reactions were less… extreme, but the sentiment remains the same: Steve Smith has let the sport and its Aussie fans down.

My blood boils every time I see #SteveSmith throw #Bancroft under the bus and say he is still the right man to lead the Aussie team. Be a man and step down! The Aussie team is great but you make them look like they can’t win without cheating.#balltampering #stepdownsmith

I’ve been to three different social gatherings today, all with ordinary Aussies, and at every single one, the cricket story has been a massive talking point & the universal view is that it’s an utter disgrace.

Only thing I’m going to comment about the cheating scandal from Cricket Aus is that I’m really fucking disappointed ESPECIALLY by our captain, Steve Smith! Idolised this man, and now one of our greatest Australian cricketers will forever be known as a cheat.

This is the darkest day in Australian cricket #BALLTAMPERING

Fly them home in economy.
Revoke all privileges.
Extraordinarily angry at these blokes. #BallTampering

Of course, there were some Aussies who tried to find the humour in the admittedly embarrassing and shocking story, with plenty of memes beginning to fill up people’s Twitter feeds:

Photo of #bancroft warming up before today’s game. #BallTampering pic.twitter.com/zPmX2Syazu