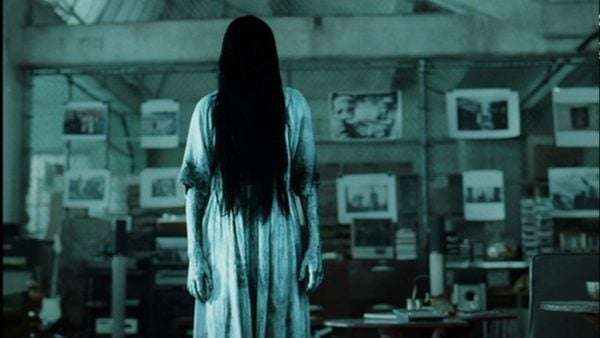 There’s no doubt that working in a hospital is a tough (albeit rewarding) job, but it turns out it can be a touch scary too.

In a recent Reddit thread, hospital workers shared their creepiest experiences at work – and they’re not for the fainthearted.

Seriously, you might want to turn all the lights on for this.

“During the night we turned half the lights off so it was darker for the evening and didn’t get a lot of light in the residents’ rooms. We had one resident who was younger (70s) and was mostly in for mental reasons. She had long, dark hair and was very thin,” wrote user blameitonthewookie.

“I was sitting at the nurse’s station at the top of the hall and heard a call and saw a light go off. I stood up, looked down the dark hall, and on all fours – straight out of The Ring – this resident was crawling up the hall toward me. The other nurse had forgotten to put the bed rail up and the resident was VERY good at climbing out of bed.

“Needless to say, I needed some new britches and my heart was racing a mile a minute.”

2. Ghosts of patients past.

"I used to work in St Barts hospital in London, which in parts is over 1000 years old. One of the buildings had two floors (with massively high ceilings), and so the floors were taken out and rearranged to make into five floors," wrote jenthejedi.

"The nurses working night shift would often tell us of the ghost of a night nurse who wandered silently doing her 'rounds' at night- but due to the new floors, only her head would be visible drifting down the ward." (Post continues after gallery.)

One staffer was given the shock of their life.

"I worked for a rural hospital and we had a patient that came in with a heart attack. We worked on her fruitlessly for 30 to 40 mins. The doctor declared her dead and invited the family in. Her body laid in front of the grieving family for almost another half hour," wrote funnygifcollector.

"Her family members begged her to come back and say goodbye, she promptly obliged. She sat up hugged one of them and said goodbye. The entire staff rushed in and ran a full code for the second time.

"She was pulseless and cold when we started the first time, and worse when we ran the second. She never made it. But she was back to say goodbye. It was one of the most unsettling things I ever saw there."

The things you learn.

"First time I saw a dead body, no one told me that when you close a person's eyes, they don't stay shut like in the movies, they can spring back open," wrote one user.

"Cue me, washing this person's chest after having closed the eyes, to turn around to see him staring at me because his eyes have re-opened, I screamed like a little girl and everyone came rushing in."

"I worked in a nursing home as an RNA. While I worked there seven residents called me into their rooms to tell me thank you and good bye on different nights over the three years I was there," wrote msunnerstood.

"All of them died during the night after they told me. They all knew, I don't know how but there is no other way to explain it. One would be a coincidence, maybe even two but seven?"

6. A message from beyond.

User safeintheforest recalled an eerie experience when working in a nursing home.

"There was one woman on my unit who had a son who visited her every day. She was on hospice, so he wanted to be around as much as possible for his mum. She passed away during one of the rare times he wasn't in the building. We called him to let him know and he got in his car immediately to come be there when the funeral home came," she wrote.

"The aides had finished preparing her body to be taken out and we were all just waiting on the son to get there to call the funeral home. Her room was empty.

"The moment he rounded the corner to the hallway her room was in, her call light went on. The nurse on duty and I looked at it, then at each other, as if confirming that we both saw it. As soon as he went into the room, it went off again. That's the strangest experience I've had so far."

Sometimes you just can't explain it.

"I worked hospital security for a while. There was one floor of the main bed towers that you could just feel something watching you and dread," wrote another user.

"During the night and day, the same feeling. Later I found out that floor had the most people die in the entire hospital. I like to think I'm a very logical person but I could feel some sort of dark energy on that floor."