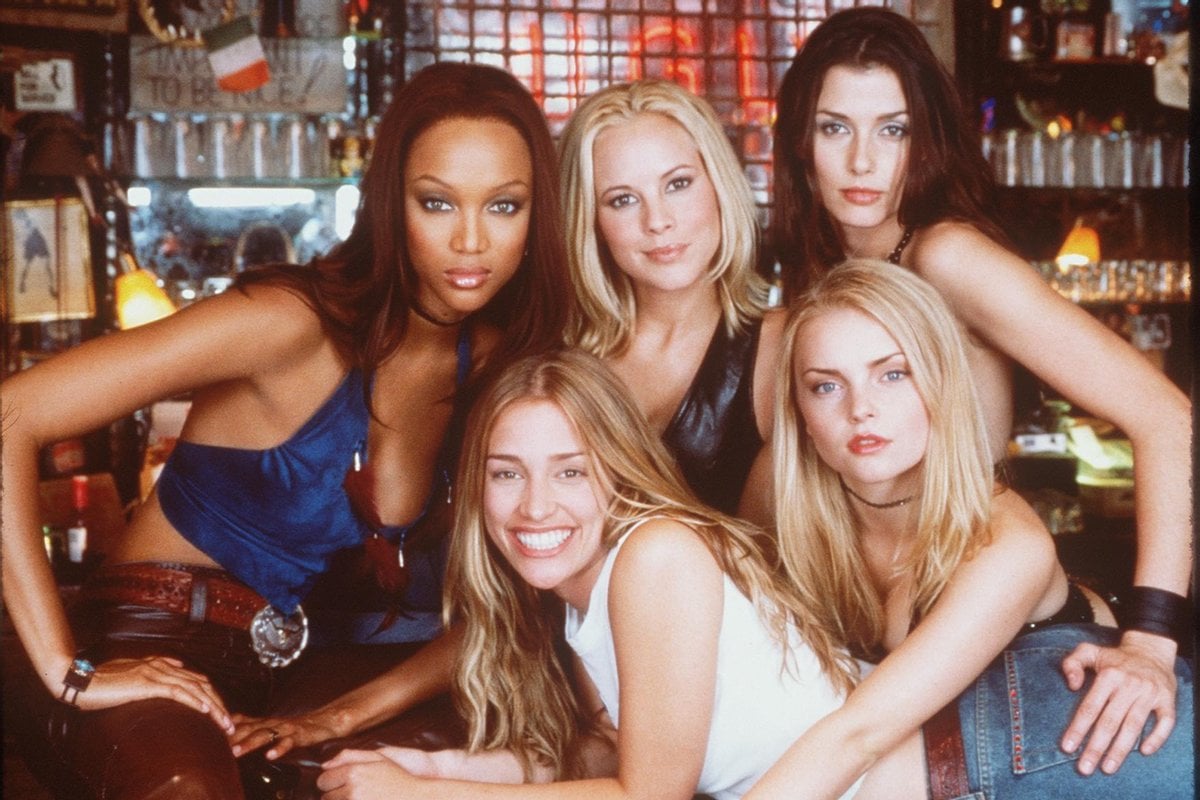 Although it's hard to believe, it's been more than 20 years since Coyote Ugly first graced our screens.

The 2000 film, which launched the careers of Piper Perabo and Adam Garcia, has become a cult classic among early 2000s films such as Bring It On and Almost Famous.

The noughties movie followed Violet Sanford, a shy, aspiring singer (played by Perabo) trying to make it in New York City while waitressing at the infamous Coyote Ugly bar.

Remember this iconic scene from Coyote Ugly? Get all the nostalgic feels below. Post continues after video.

Now, two decades on, fans are still calling for a Coyote Ugly sequel.

Last year, Tyra Banks, who played Zoe in the film, hinted that Coyote Ugly could return to our screens.

"I literally was supposed to be on a conference call today about bringing Coyote Ugly back," Banks said in an interview on The Kelly Clarkson Show.

"We were supposed to be on a call today, and I'm talking to you and I can't talk to them... Yes, we are talking about trying to do Coyote Ugly 2 or a series."

So, while we wait for an official sequel announcement, here are nine things you didn't know about the cult film.

1. The film was based on Elizabeth Gilbert's life.

In 1997, Elizabeth Gilbert wrote an article for GQ titled, The Muse of the Coyote Ugly Saloon.

In the long-form piece, Gilbert described her experience working at the New York City Coyote Ugly table dancing bar in her early 20s.

"We were expected to be a little larger than life, or to pretend to be, or—at the very least—to want to be," Gilbert wrote.

"We were the good-time girls. We were a cross between Old West dancehall hookers and gangsters' gun molls. Crack that gum, swing that ass, drink that shot, keep that change."

Shortly after the article was published, US producer Jerry Bruckheimer bought the film rights to the journalist's story.

Afterwards, Gilbert continued her career in writing, publishing a short story collection, a series of novels, and of course, her best-selling memoir Eat, Pray, Love: One Woman’s Search for Everything Across Italy, India and Indonesia.

It turns out Piper Perabo wasn't the only actor considered for the lead role of Violet Sanford.

Other big contenders for the role included Jewel, Britney Spears, and Jessica Simpson.

While the lead role was initially offered to Jessica Simpson, the pop star wasn't comfortable with the sex scene between Violet and Kevin O'Donnell (Adam Garcia) in the film.

"Toward the end of the process, Piper walked in," director David McNally explained, according to Us Weekly. "She was actually from New Jersey and seemed to get it." 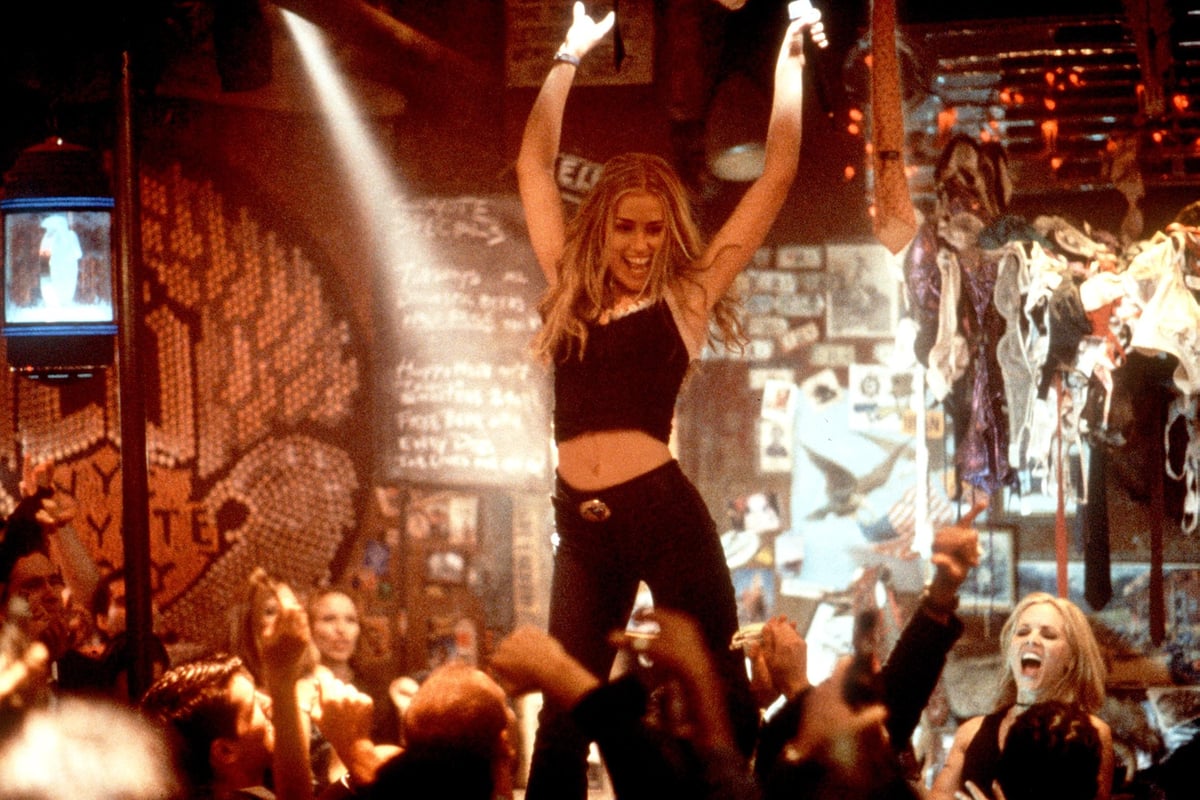 3. LeAnn Rimes' voice was used throughout the film.

Although Piper Perabo could actually sing in real life, the actor's singing scenes were dubbed over by country singer LeAnn Rimes.

Rimes, then 17, also appeared in the final scene of the movie, singing Violet's song 'Can't Fight the Moonlight'.

When Perabo found out that her voice had been replaced in the soundtrack, she was disappointed.

After the film was released, the Coyote Ugly soundtrack was on the Billboard Top 40 for over a year.

Over 20 years on from the release of Coyote Ugly, the original Coyote Ugly Saloon in the East Village neighbourhood in Manhattan is still open.

While the bar has been closed in recent months due to COVID-19, it's set to re-open to the public soon.

Since the original Coyote Ugly Saloon officially opened its doors in 1993, 14 additional locations have opened around the United States. There are also franchises in Russia, Germany, Japan, Ukraine, Kyrgyzstan, and the United Kingdom.

5. Liliana Lovell is based on a real person.

Yes, Liliana Lovell (played by Maria Bello) was based on the real founder of the Coyote Ugly Saloon.

During college, Liliana Lovell worked as a bartender in New York City. After leaving work each night with up to $500 in cash, Lovell declined an internship on Wall Street to open her own bar.

"I had made a decision that I would either go back to 9-5, but I wasn’t going to work for someone else for the rest of my life, so I got the opportunity and just took it," she told news.com.au.

"Women would come from everywhere. We received hundreds of applications, so that part was traditionally easy. In New York City, they’re all actresses and dancers, or they’re finishing school, things like that."

As mentioned in the film, Coyote Ugly is a real slang term.

According to Urban Dictionary, it means "waking up from a drunken stupor to find that your sexual partner of the previous night is not only ghastly, but is sleeping with his/her head resting on your arm. The only way to escape, without waking the beast, is to chew off your arm and flee." Oh. 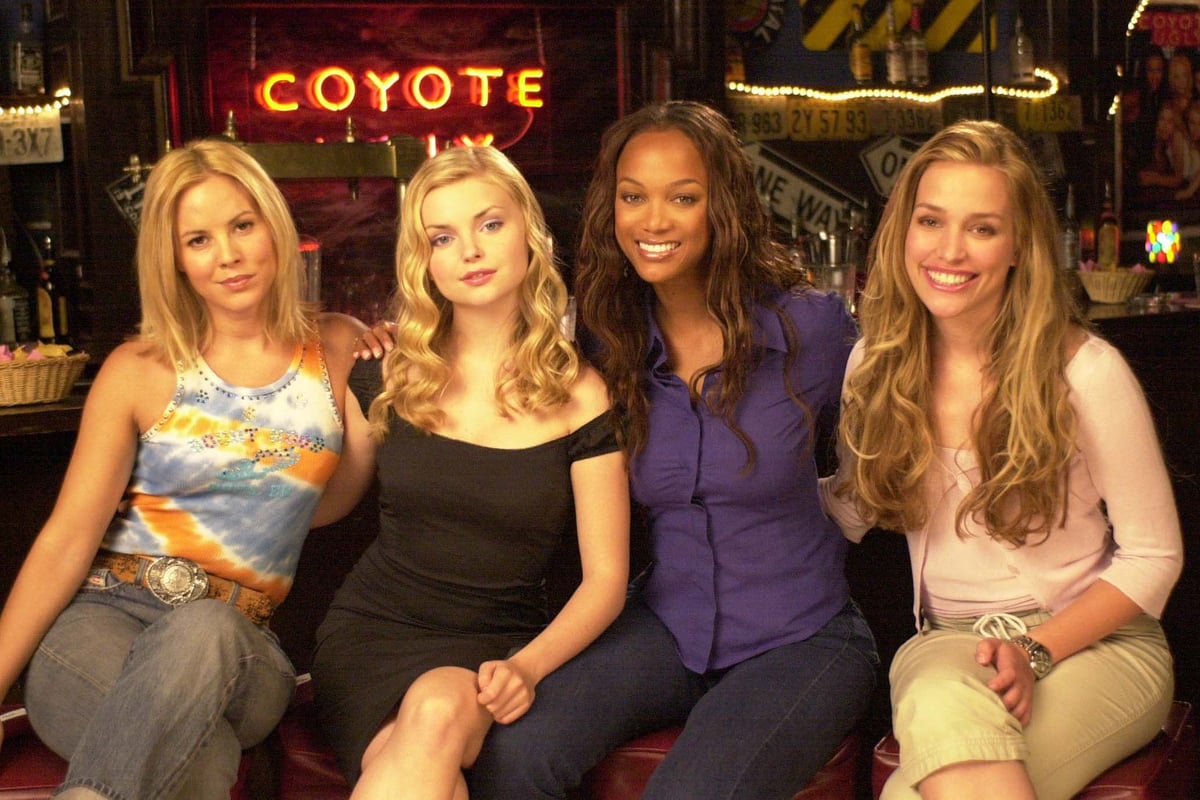 There are a few subtle continuity errors throughout the film.

In the scene where Violet and Kevin are seen making out while surrounded by celebrity cardboard cut-outs, Violet's bra strap is seen down by her elbow.

8. Johnny Knoxville and Michael Bay make cameos in the film.

Besides LeAnn Rimes' cameo at the end of Coyote Ugly, there are a few celebrity cameos throughout the film.

In one scene, Jackass' Johnny Knoxville is seen waiting at the bar.

Director Michael Bay also has a cameo in the movie as a photographer. 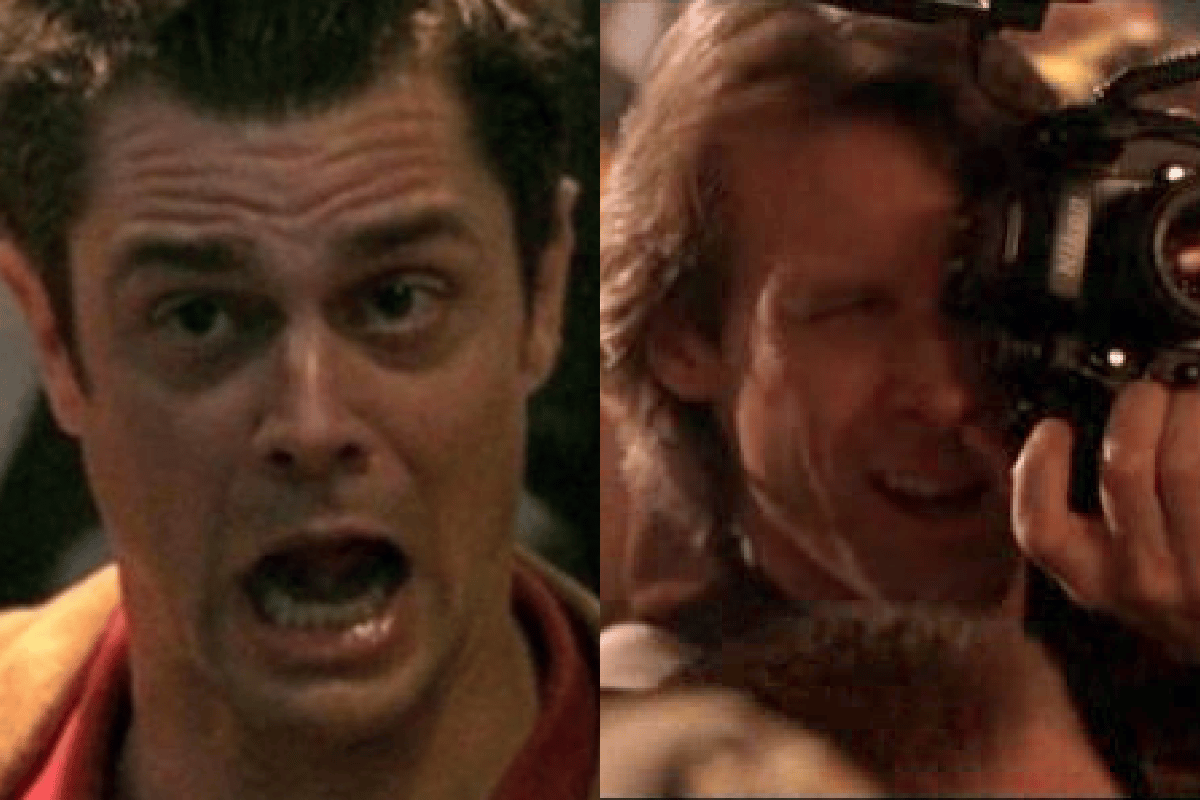 9. Kevin Smith did a rewrite of the script.

Kevin Smith, the filmmaker behind Clerks and Chasing Amy, did an uncredited rewrite of the script, while Gina Wendkos, known for writing The Perfect Man and The Princess Diaries, wrote the first draft.

Coyote Ugly is available to watch on Prime Video and Disney+.