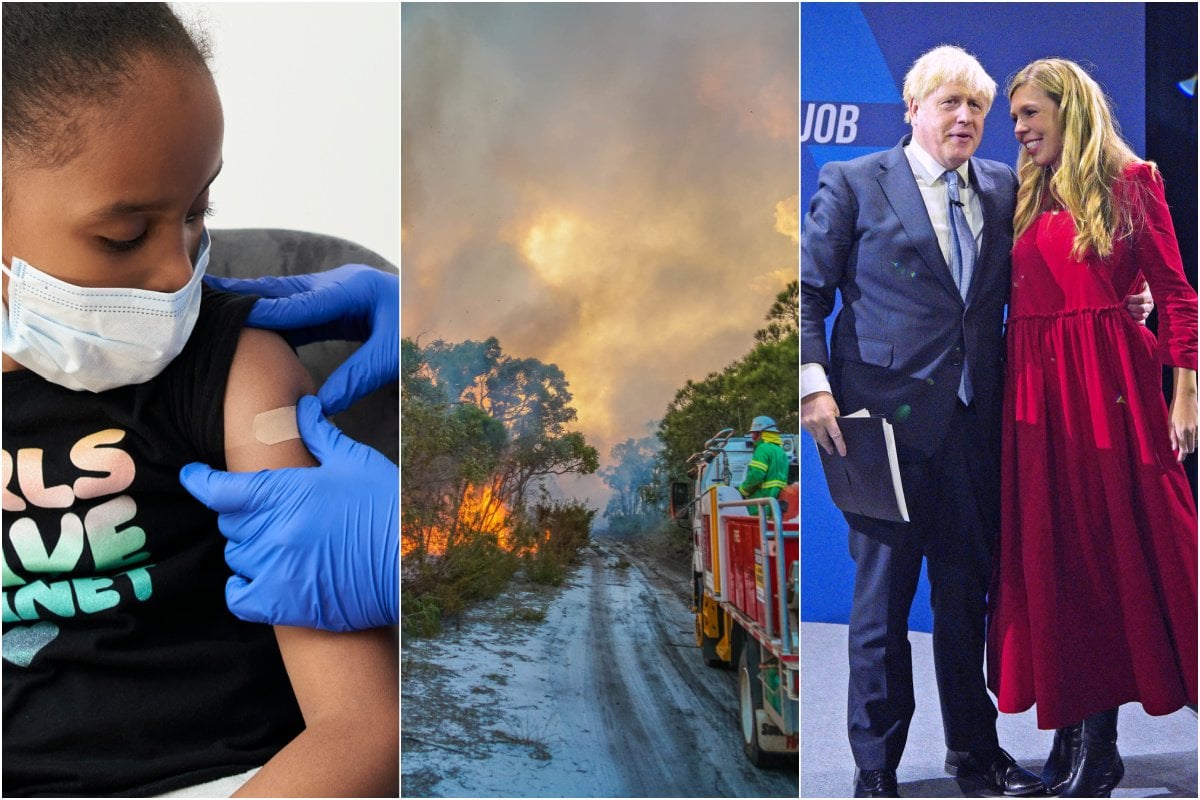 Children as young as five will be eligible for vaccination against COVID-19, as polling shows one in two parents intend to take the opportunity.

The final approval of Pfizer vaccines for under-12s clears the way for the rollout to start from January 10, which a decision is pending on whether to give Moderna shots to younger children.

Polling by the Royal Children's Hospital in Melbourne shows about half of parents surveyed intend to get their children aged between five and 11 vaccinated.

COVID vaccine to be rolled out to children aged five to 11 from early January https://t.co/pOuLCC9Q2O

One-quarter of 1259 parents surveyed in July were against it while almost one-third were unsure.

Side effects, convenience and accessibility were key factors influencing parents' willingness to vaccinate their children.

Pfizer vaccines to be given to children contain one-third of the standard dose following final approval from the Australian Technical Advisory Group on Immunisation.

Cap on childcare subsidy to be removed.

Childcare costs are set to become more affordable for families, with a limit on fee relief set to be removed.

The federal government will from Friday remove the childcare subsidy cap of $10,655.

The removal of the annual cap will be applied retrospectively for the 2021/22 financial year.

Families who reached the cap before the changes come into effect will have out-of-pocket costs for the financial year reimbursed.

Women's Economic Security Minister Jane Hume said the change would allow for parents from more than 18,000 families to return to work or pick up more hours.

"The Morrison government supports choice for Australian families and is committed to increasing the economic opportunities for Australian women to participate in the workforce," she said.

It also comes as the current subsidy will increase from March next year for families with two or more children.

From March 7, the subsidy will increase for families with multiple children by 30 per cent.

It's expected about 250,000 families will benefit from the changes when they are introduced

The fast-moving blaze had ripped through more than 5000 hectares of the Leeuwin-Naturaliste National Park on Thursday night.

Residents on the eastern side of Caves Road were urged to leave as more than 150 firefighters battled to strengthen containment lines in hot and windy weather.

WA's Department of Fire and Emergency Services said conditions had improved throughout the evening but there was still a significant risk to the community.

Western Australia police have issued an urgent alert for a man missing near the Margaret River region – where an emergency bushfire warning is in place.https://t.co/d6V87W1j56

"A number of properties are under threat on or about Caves Road," Commissioner Darren Klemm told reporters.

"The safest option for people in this area is always to leave early. Don't wait until the last minute.

"Strong winds, cave systems and (lack of) access for machinery are making it incredibly difficult to control the bushfires and people need to listen to the warnings that are being placed."

A man arrested in Victoria after a DNA match from a discarded coffee cup has been found guilty of a cold-case murder in Adelaide.

Matthew Donald Tilley, 49, had been on trial in the South Australian Supreme Court over the 1993 stabbing of Suzanne Poll.

Mrs Poll, 36, was found in a pool of blood in the rear of a stationery store where she worked.

She had suffered at least 18 separate wounds, including some that went right through her body.

After deliberating for more than four hours, a jury returned its guilty verdict on Thursday night.

BREAKING: A jury has found Matthew Tilley guilty of murdering Suzanne Poll. She was stabbed to death while closing her Salisbury stationery store in 1993. 7NEWS Adelaide at 6pm | https://t.co/8ftPfFYTVQ #7NEWS pic.twitter.com/PJgfQawIDh

She said a DNA profile originally extracted from a man's blood at the murder scene returned a familial match with Tilley's brother in late 2017.

That ultimately led detectives to travel to Victoria to question the accused and after noticing him discard a disposable coffee cup, they retrieved it and brought it back to Adelaide for testing.

After the guilty verdict, Justice David Peek imposed the mandatory head sentence of life in prison.

A future court hearing will set a non-parole-period.

UK Prime Minister Boris Johnson and his wife Carrie have announced the birth of a healthy baby girl at a London hospital, a spokeswoman for the couple says.

"Both mother and daughter are doing very well. The couple would like to thank the brilliant NHS maternity team for all their care and support," she said in a statement.

The baby is the couple's second child together after their son Wilfred was born in April 2020.

They were married in May this year.

The prime minister has been married twice before.

He had four children with his second wife, Marina Wheeler, a lawyer.

Asked whether the prime minister would be taking a period of paternity leave, his spokesman said he would continue to lead the country.

"He will spend some time with his new family and will continue to maintain his responsibilities as prime minister," the spokesman said.

- China has warned Western nations they would “pay the price” for a diplomatic boycott of the 2022 Beijing Winter Olympics over widespread rights abuses.

- France has restored a "degree of trust" with the United States - but not Australia - over the AUKUS deal, with our government accused of being "in denial" about communication of the decision.

- Julian Assange is set to find out whether senior UK judges will overturn a decision not to extradite him to the US.

- Irish jockey Robbie Dunne has been banned for 18 months for bullying and harassing female rider Bryony Frost in a disciplinary case that has highlighted the "coercive" weighing-room culture in UK horse racing.