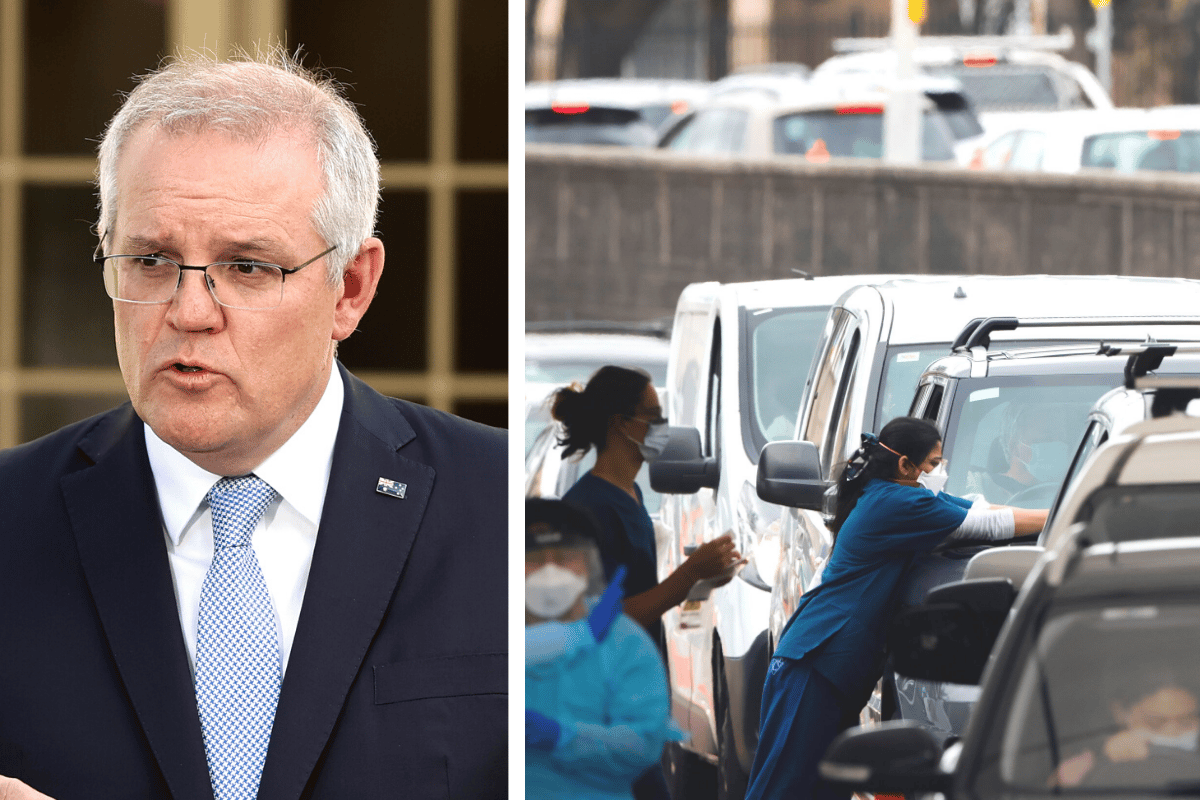 The news cycle has been pretty overwhelming these past weeks: COVID-19 case numbers, testing delays and mishaps, Christmas plans impacted, border changes, restrictions and rules being chopped and changed.

If you chose to look away from Australia's COVID-related news during the festive period, we don't blame you.

But in case you want to get up to speed on what's been happening as of late, here's everything you need to know.

In a press conference on Thursday, the Prime Minister announced a close contact will be considered as a person who is a household contact who has spent four or more hours with a confirmed COVID-19 case, except in exceptional circumstances.

If a person is deemed a close contact, they must take a rapid antigen test (RAT). If the result is negative, they must continue to self-isolate for seven days and take another RAT on day six. This is to the exception of South Australia, which will keep its isolation time to 10 days rather than seven.

Live: National cabinet to agree on federal definiton of a close contact https://t.co/R8tx6z2mE0

The new definition will come into effect from midnight in NSW, Victoria, Queensland, South Australia and the ACT.

Tasmania will adopt the new definition from January 1, 2022.

As for the Northern Territory and Western Australia, they will introduce the definition at a later date with an announcement to be made in the coming days.

During the press conference, Scott Morrison said: "What I want to make very clear today is the definition we have adopted today has actually come forward from the chief medical officer, which I strongly agree with. It is a practical definition to deal with the circumstances of the new period and maximise the resources we have available to deal with a pandemic." 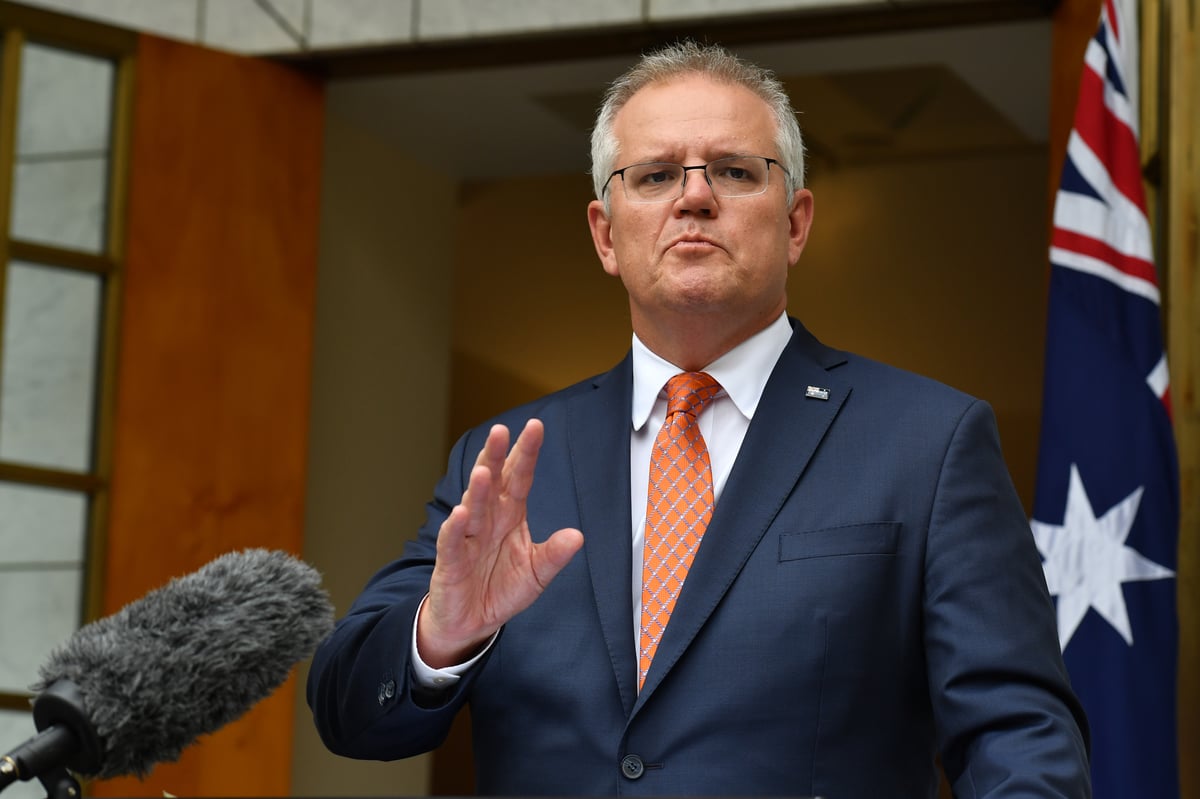 Queensland will no longer require pre-travel PCR results from interstate travellers from January 1, to help ease the strain on COVID-19 testing centres.

The state has caved to mounting political pressure and will allow travellers from interstate hotspots to enter with a negative result from a Rapid Antigen Test.

"A PCR test will no longer be required. More details to come."

The announcement was made as hundreds of cars were lined up at one north Brisbane testing site on Monday just ahead of its closing. Of the people AAP spoke to, around half were from interstate and were required to take a PCR test. Car batteries were going flat in the line and people, including the elderly, were forced to wait for hours in hot vehicles. 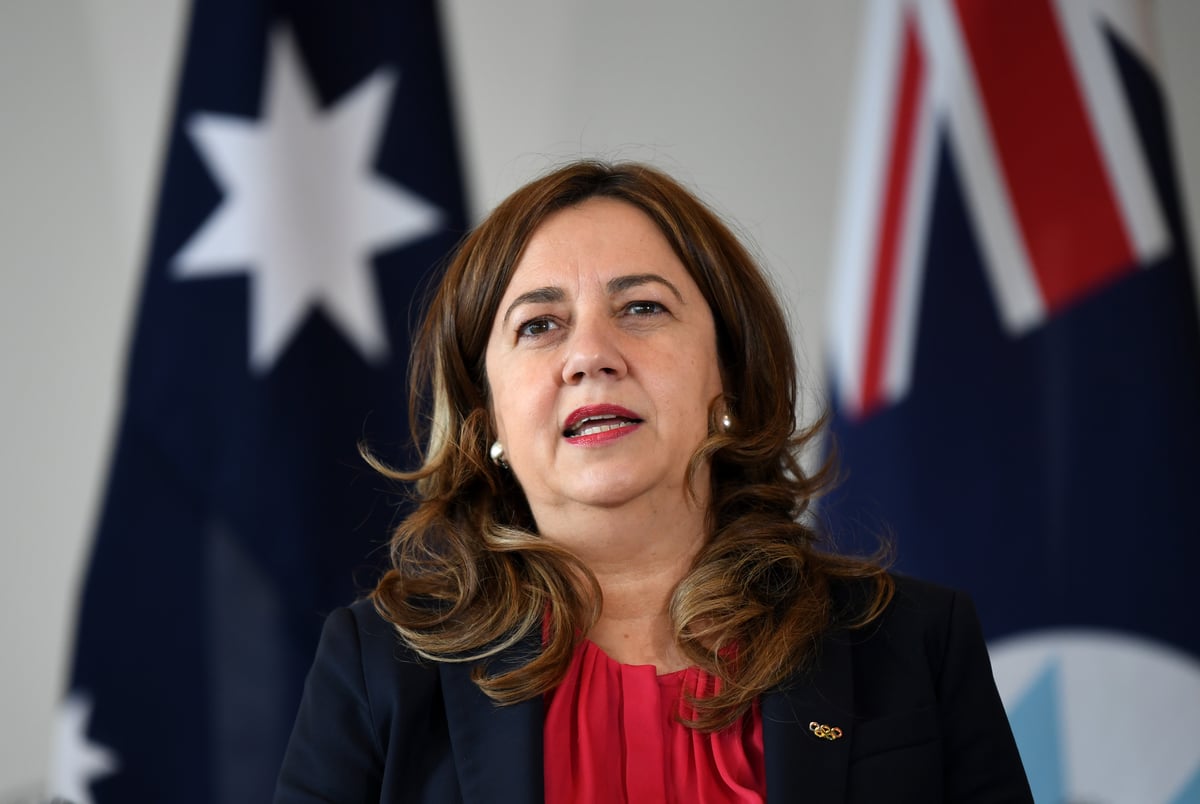 Amazingly, there have been almost two million tests conducted in the last week across Australia. Along with that, over 42,000,000 total vaccine doses have been administered nationally as of Boxing Day.

News has evidently been circulating that healthcare workers are feeling the pressure amid rising COVID cases and testing needs.

With this in mind, we want to say a big thank you especially to all who have been working during this festive period: the frontline testers, lab clinicians, security guards at testing clinics, traffic controllers, nurses, doctors and anyone else. 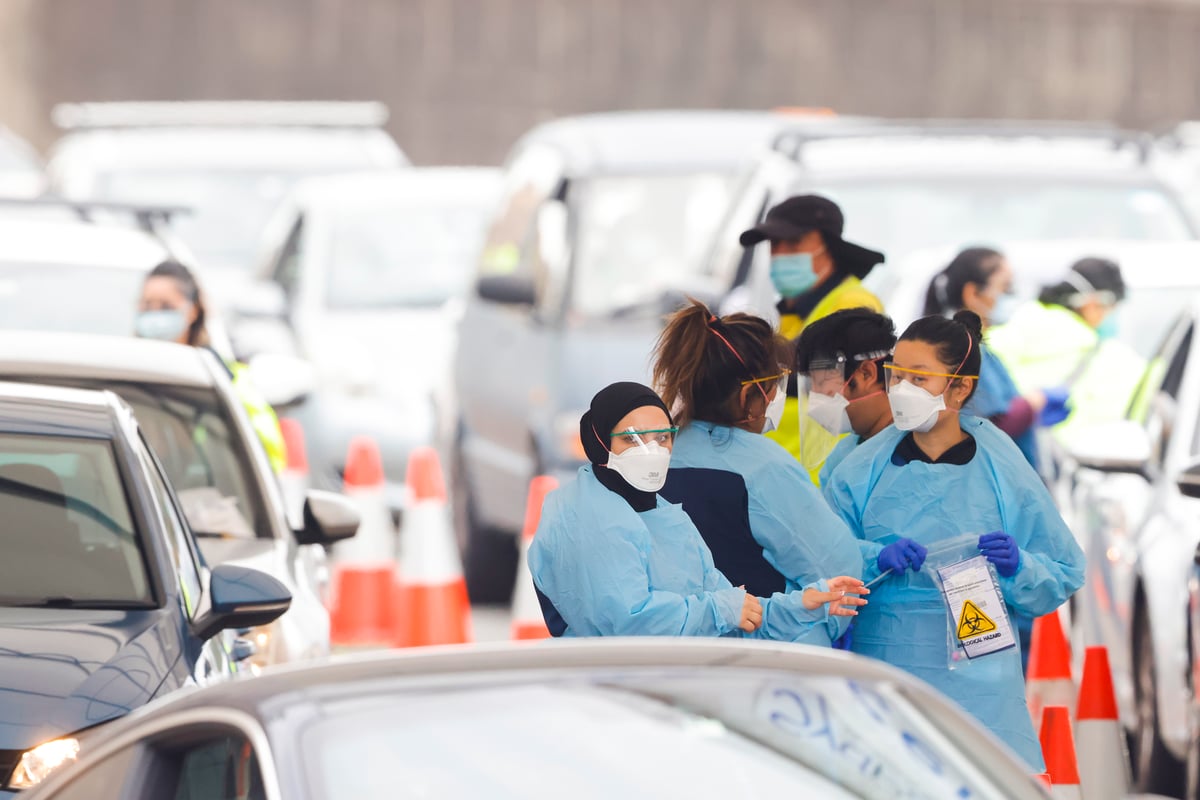 The Federal Government recently announced they will be reducing the COVID-19 booster interval from five months to four months.

A booster dose will make sure the protection from the first two doses is even stronger and longer lasting, and should help prevent spread of the virus: something which is particularly important amid rising case numbers across the country. 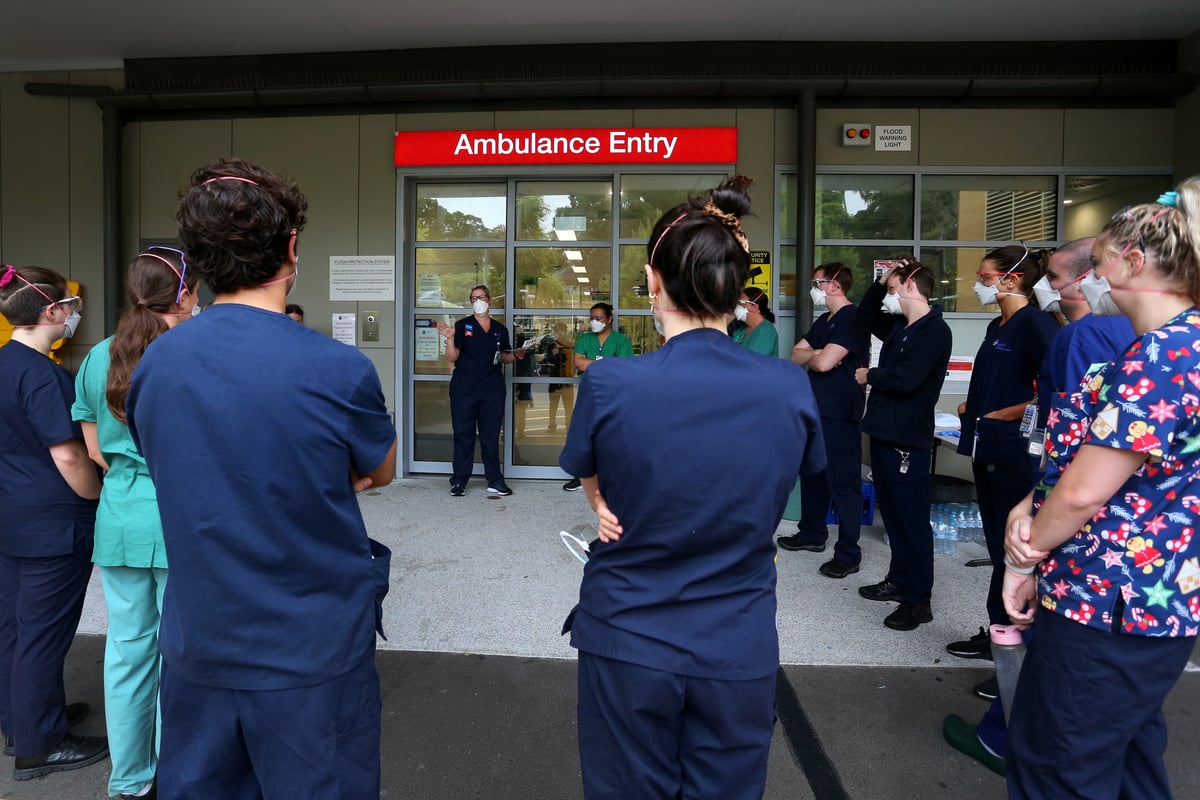 Image: Getty. Given the immense pressure currently on NSW Health, the state's healthcare workers, who are fully vaccinated, will have their isolation periods halved.

The healthcare system is currently dealing with staff shortages, with about 2000 COVID-related absences.

They would need a negative PCR test on day six and an approved risk assessment plan requiring daily rapid antigen testing, COVID-safe protocols in the workplace and PPE including wearing masks at all times while at work. On Sunday, SydPath confirmed that more than 400 people who initially received a negative result on Christmas Day were notified on Boxing Day they had actually tested positive.

Then on Monday, almost 1000 people were told they were COVID-19 negative when in fact their results hadn't been returned yet.

"All of these people have been contacted and advised of the error." The incidents were a result of human error at a time of unprecedented pressure. SydPath have put procedures in place to ensure this cannot happen again," a spokesperson said in a statement on Monday.

It took me NINE HOURS in a standing line to get my mandatory COVID test done in Sydney. Got to the centre at 8:30am and was tested at 5:35pm. Healthcare workers are so overworked and exhausted and they deserve all of our respect and support.

NSW Health is urging people to only get tested if they have COVID-19 symptoms, are a household contact or have had a high or moderate risk of exposure, in an effort to ease pressure on testing clinics.

Tara Hong and Joven Demonteverde were two people caught up in the bungle. The pair didn't believe their initial negative test result (which was an error), so decided to get a second test at another testing site.

"It was absolute chaos at all the testing labs, but yeah, we ended up going to get re-tested," Tara said to ABC News. "We had enough information at our end to really, really question the integrity of that first negative result."

The pair then received a message soon after, saying "Your tests may be incorrect due to a clerical error". 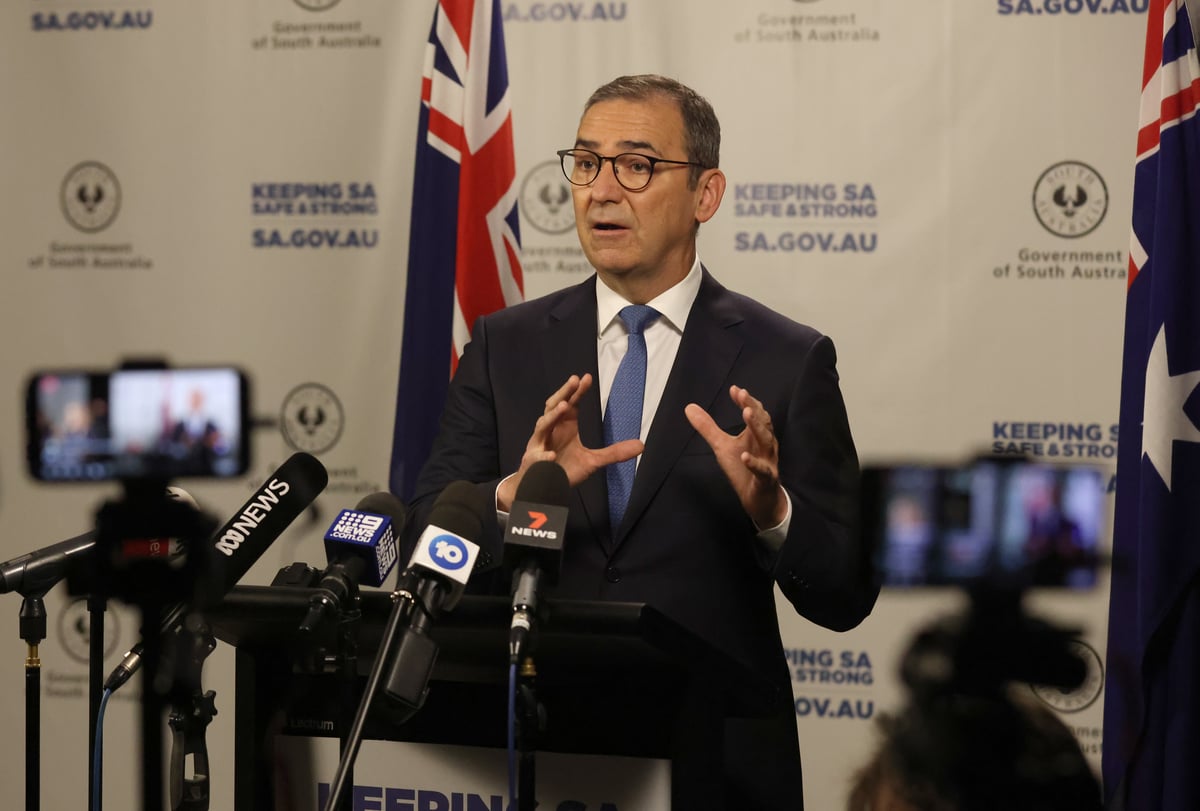 Image: Getty. On Sunday, South Australian premier Steven Marshall announced he would scrap the requirement for travellers to have a negative PCR test within 72 hours of arrival into SA.

The reason being, is the focus is shifting to testing only people with symptoms, the premier announced.

"We will be removing the need for people coming in from interstate into SA to have that PCR test within 72 hours of departure [from another state]. This is no longer our priority around Australia. Our priority for testing around Australia is testing those people who have symptoms," he said during a press conference.

"Using that rapid antigen test ahead of interstate travel is a better approach than the more expensive and time-consuming PCR test," Mr Frydenberg told the ABC on Tuesday.