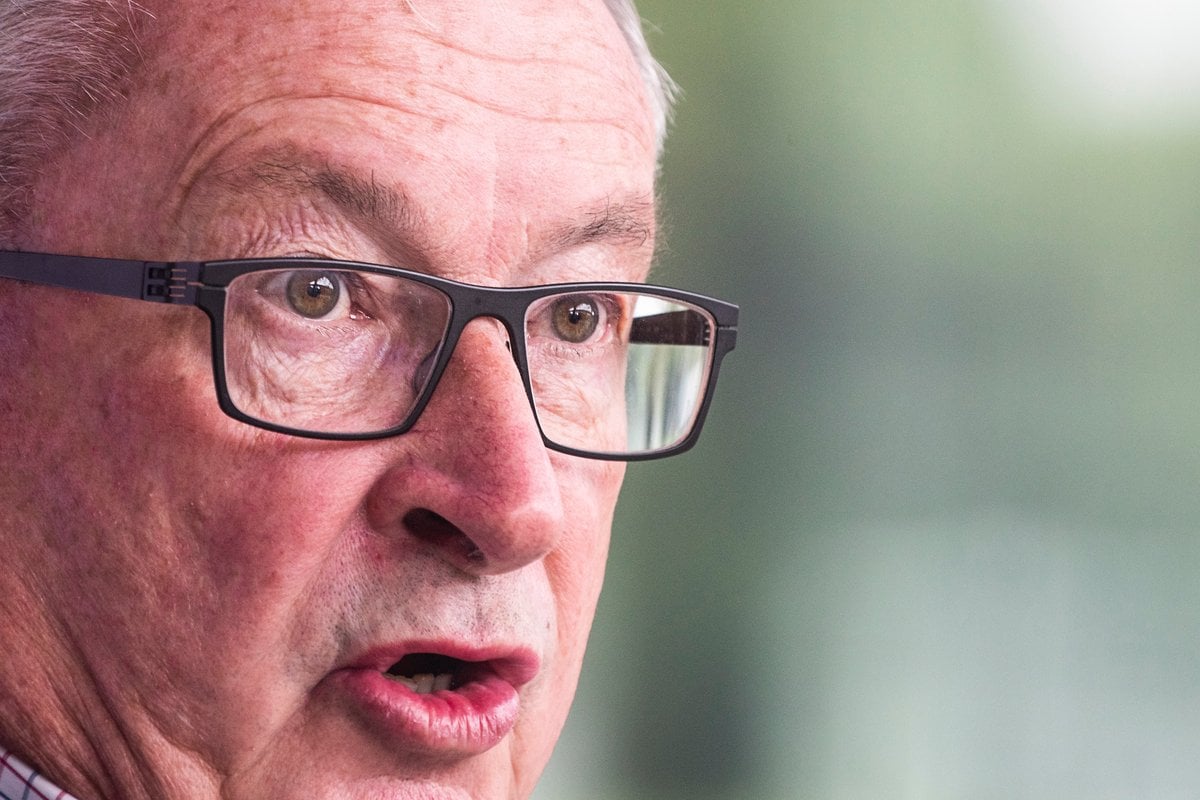 You approach the entrance of a restaurant or shop or salon, whip out your phone and scan the QR code.

Just another fixture of our new normal. Another small but vital step in containing one of the biggest threats to public health we're likely to see in our lifetime.

Yet according to NSW Health Minister Brad Hazzard, there are people deliberately undermining this COVID-19-tracing system.

Watch: "It's about as stupid as it gets." Brad Hazzard blasts people lying when checking in to venues.

"What we are finding is that some of the visitors to various venues still think that it is funny to be caught putting in there that you're 'Donald Duck' or 'Mickey Mouse' or a false phone number," he said during Monday's press conference. "That must stop."

It's hard to imagine that humour could be the motivation, that anyone could think a little chuckle is more valuable than the information needed by a health department contact tracer.

As we're seeing play out in Sydney this week, the ability to determine who was where and when, to reach those most at risk, to inform them, to test them and isolate them, is vital in the race to prevent a localised cluster from becoming a widespread outbreak.

Businesses have already been closed, state borders slammed shut, and families kept apart at a time of year usually defined by togetherness. Had people at the Avalon Bowlo or Avalon Beach RSL Club refused to provide that information, the scope of this pre-Christmas Northern Beaches cluster — and the health, economic and social consequences — could be greater still.

The reality is we may very well find ourselves in this cluster situation again before the Australian vaccination program begins in March. And one split-second decision to lie or omit information may not seem consequential when cases are low or nil in your area, but they could make all the difference.

In November, a South Australian's decision not to disclose that they worked at a pizza bar forced the state into a six-day, circuit-breaker lockdown that closed businesses and schools and had an economic impact of tens of millions of dollars.

Of course no one wants to receive a call from a contact tracer, to learn they may be infectious. But most are not so eager to dodge it that they would risk their own health and that of those around them.

Because that's what you're doing by not providing information; you're saying that you think you're invincible, that you'd rather risk unknowingly infecting your loved ones and your colleagues and your community than receive that call. You are saying your own blissful ignorance is more important than the greater good. You are saying you are selfish.

All for the sake of a moment of levity?

Hilarious isn't it, the thought of your mother in hospital, or the thought of a waiter who's paid $19 an hour being out of work because a contact tracer couldn't tell you to isolate rather than go out for those Christmas beers.

Or if it's not for a laugh, what then — privacy?

The irony is that you were likely entering that false information on a device that gathers more user data than any other consumer product in human history. And even if you did it via pen and paper, chances are that you have a transport card or a credit card or an account for a ride-sharing/online shopping/social media/online dating service.

We exchange far more to access those tools of convenience than just our name, location and phone number.

So why, in the middle of a pandemic, is making it more easily available to the department of health is simply a step too far?

The truth is, we need you if we want to prolong this new normal. You can be an ally and enjoy the freedoms that come with it, or you can be the person that takes the Mickey out of a global emergency.

Reply
Upvote
1 upvotes
Not everyone loves the government having that much info about their movements. It would be great if everyone felt comfortable with this and the vaccine, but it’s giving up a lot if we force take that choice away.
The bigger issue is that the check in system is clunky and very easy to bypass, it’s absurd that our government refuses to use the google system they have in other countries.
K
km a year ago