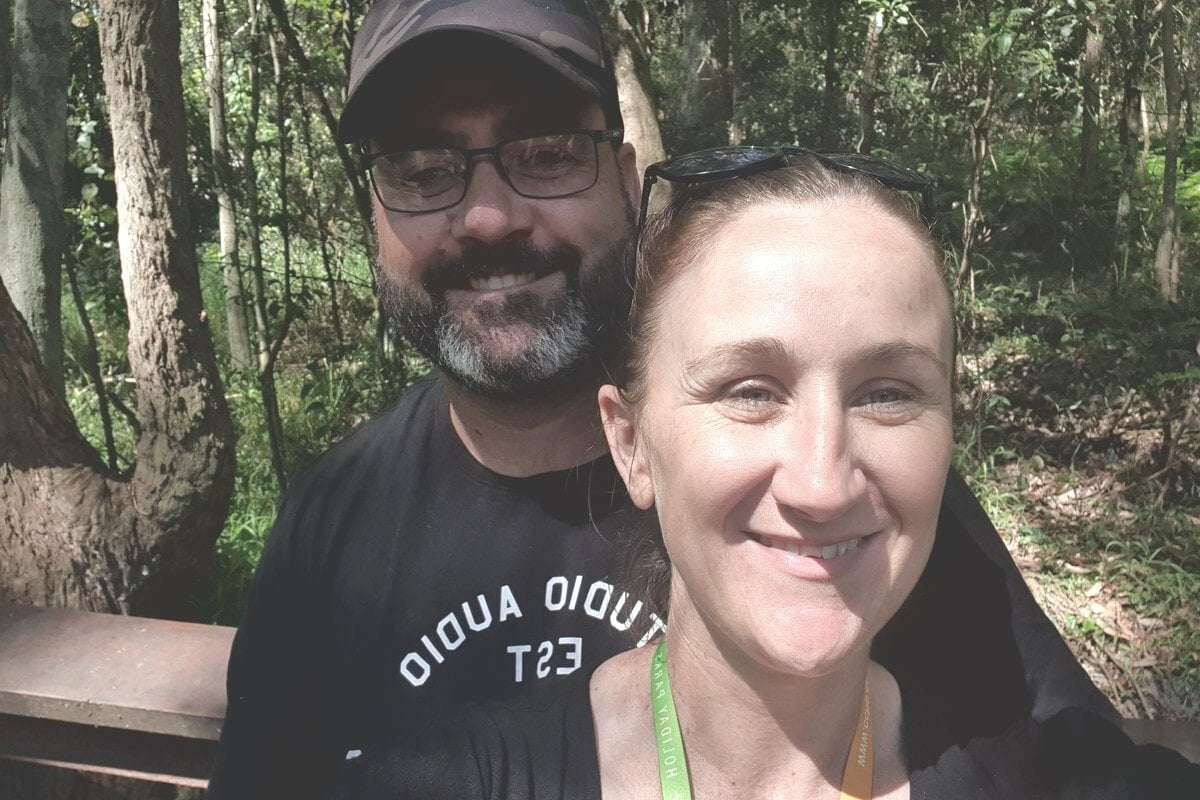 On Saturday, the NSW Government announced via Twitter that all of regional and rural NSW would be plunged into a seven-day lockdown. It's the first time, since the national lockdown announced in March of last year, that the entire state has been subject to the strict stay-at-home orders. At least for the next week, from Walgett to Wagga Wagga and and Bondi to Broken Hill, over eight million NSW residents will only have four permissible reasons to leave the home.

"A lot of people are frightened," Kareena, who lives in Dubbo, tells Mamamia.

Dubbo had a head start on the state-wide lockdown, after they recorded two cases of COVID-19 last Wednesday, sending them immediately into harsh restrictions. It came after two weeks of sewage testing had suggested the virus was in their community undetected.

Within four days, the number of confirmed cases has swiftly grown to 49, according to NSW Health. Of these cases, 38 of them have an unknown source of infection.

Dubbo has been in lockdown since Wednesday. It now has 49 positive cases. Image: Getty.

Kareena lives in Dubbo with her husband and their three children, who are 12, 10 and eight years old. On top of her full-time job, she's also now home-schooling them.

"I'm feeling a lot of things. It's really unusual. I didn't think it would affect me how it has. We've waited since the beginning of the Sydney lockdown for it to affect Dubbo. Then when it was actually announced, I felt really anxious."

The 37-year-old has been feeling sick since Sunday, with a sore throat, runny nose and headache. She got tested for COVID-19 on Monday morning, but did not receive her test result until Friday night. After a worried wait, it came back negative. She feels lucky she could do her job - working in the admin office of a pre-school - from home in that time, otherwise it would have meant five days without pay.

Kareena is not vaccinated. Her husband, an Aboriginal and Torres Strait Islander, was booked in to receive his first dose of the Pfizer vaccine at the start of this month. But he was one of the Australians in regional NSW whose allocated vaccine was taken away from him and redirected to Year 12 students in Greater Sydney. At the time, there were no cases in Dubbo. Now there are cases, but he still hasn't been able to book another appointment.

They both would like to get it as soon as they can. 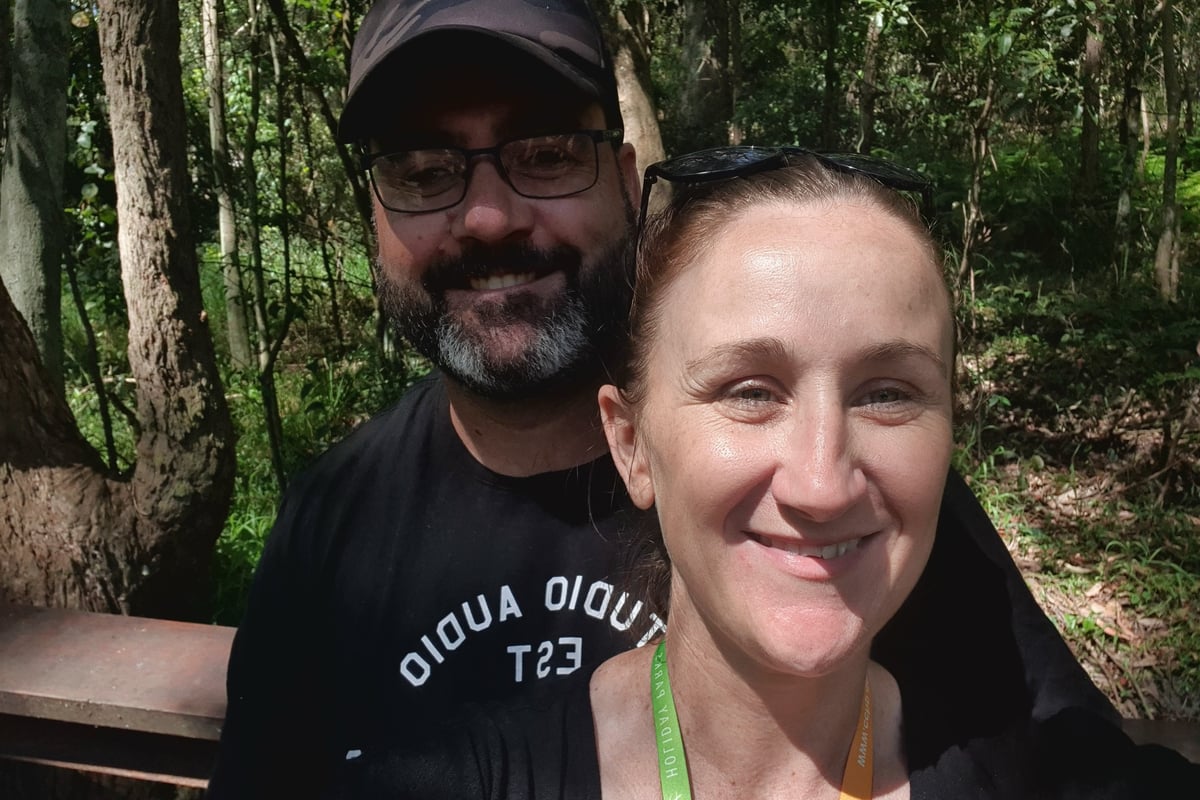 Kareena lives in Dubbo with her husband and their three children. Image: Supplied.

"We were really disappointed. It felt like they were choosing 'them' over 'us'," she says. "Like they didn't feel it was as important for us to be vaccinated compared to people living in Sydney.

"I think as a regional community we feel that way a lot," Kareena adds.

"We have a son with asthma, so I would feel really uncomfortable about going to work and bringing it home."

The outbreak in the outback is of particular concern for Aboriginal and Torres Strait Islander Australians due to a pattern of poorer social circumstances and higher rates of serious illness. As The Australian pointed out earlier this year, "These are not First Nations problems, but the result of the removal of their lands, culture and children".

For this reason, authorities are particularly concerned about the devastation an uncontained outbreak of COVID-19 could cause in largely unvaccinated towns with a high percentage of Aboriginal or Torres Strait Islander people. 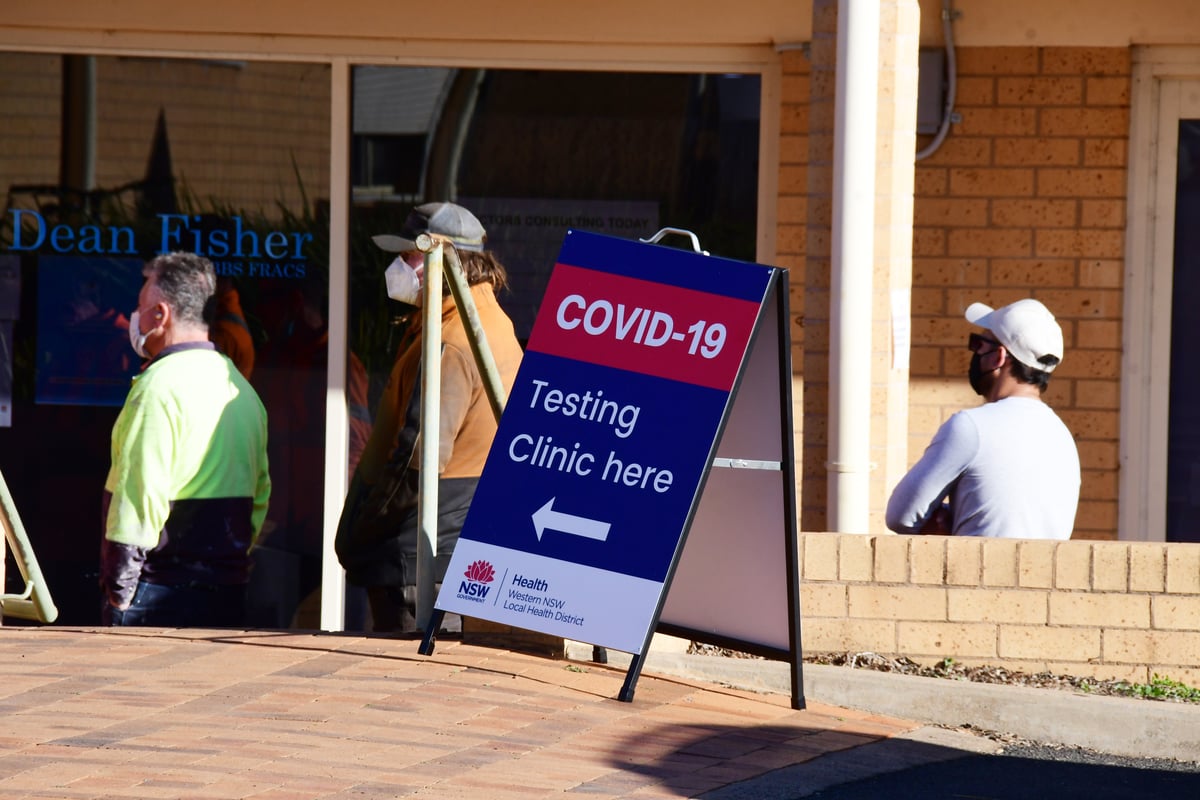 It's taking test results up to five days to be returned in regional areas. Image: Getty.

Nearly three hours from Dubbo is Walgett, where there are currently four cases of COVID-19. Walgett's hospital has four beds, with the closest larger hospital being in Dubbo.

"If you live in Walgett and anything happens - even it's not coronavirus-related - you end up in Dubbo Hospital," says Kareena. "So we do really worry about our health care system. It could be completely overwhelmed."

The only solution, besides lockdowns, is higher vaccination rates. But Kareena is not only concerned about lack of supply, but also how many people appear to be vaccine hesitant.

"My husband's mum lives here in Dubbo near us. She's 78 years old. She's very frightened and just flatly refuses to have it done. Even when I talk at work with women that are around my age or older, there is a lot of vaccine hesitancy. I'm so pro-vaccine that it grates me a bit. I don't really know how to respond to that."

For now, all she can do is hope that everyone takes the lockdown seriously, which it appears so far they are.

"I think people have been staying home and doing what they're being asked to do. There's a lot of fear in people."

Oh, and she also hopes for more vaccines - ones that won't be taken away from them because they don't live in Sydney.

Listen: The mental health toll of the 24 hour news cycle.

kat_ a month ago