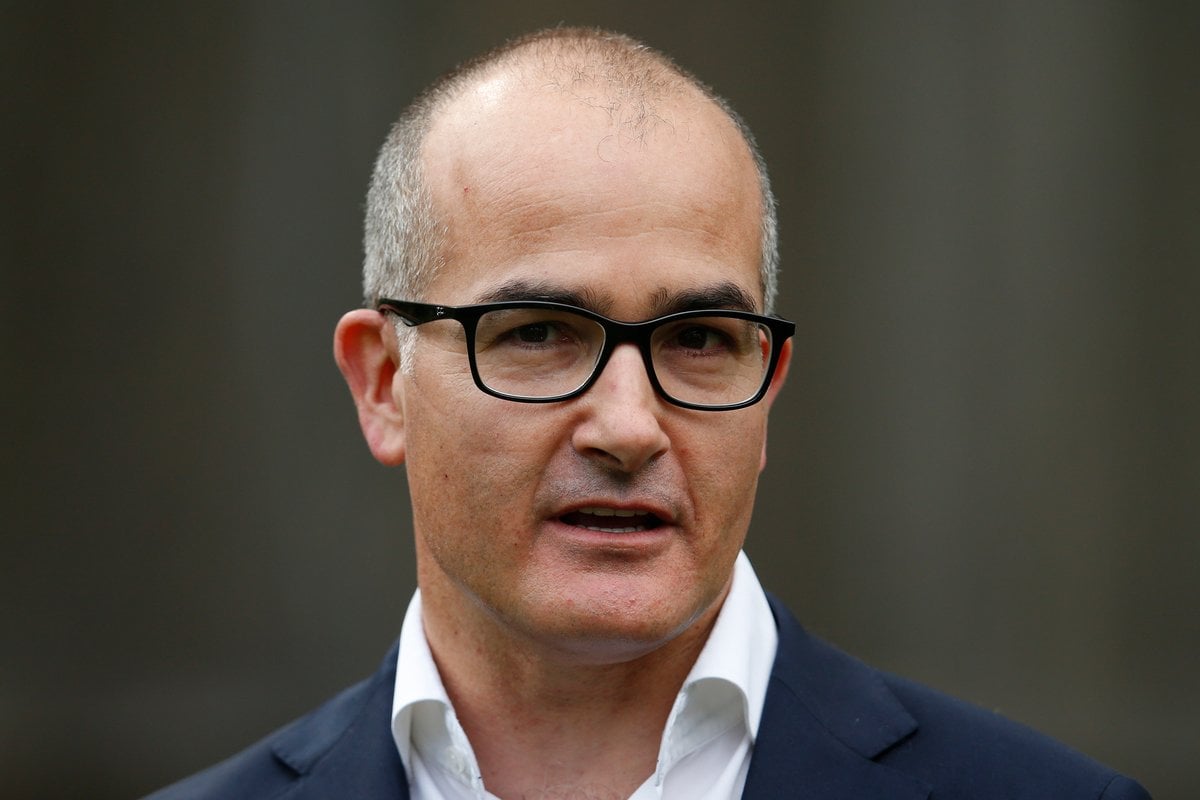 The Victorian government has declared a ‘code brown’ emergency as the state's hospital system buckles under COVID-19 admissions and staff shortages.

The order, which comes into effect at midday on Wednesday, applies to all public metropolitan hospitals and six regional hospitals in Barwon, Ballarat, Bendigo, Shepparton, Albury and Latrobe.

A code brown is declared when additional capability and capacity needs to be mobilised to receive an influx of patients due to an external emergency.

The order will mean some hospital staff may be recalled from leave and more emergency services will be deferred. The cancellation of leave will be negotiated between the hospital and staff.

The code brown declaration, expected to last from four to six weeks, will ease pressure on the system ahead of the expected peak in hospitalisations in "two to three weeks".

"We’ve got more than 4000 healthcare workers unavailable right now, alongside all the patients with COVID-19."

There is cautious optimism the current Omicron outbreak will not get much worse as health authorities predict the case peak is not far off, but concerns remain over financial help for impacted Australians.

Changes to the pandemic leave disaster payment are due to come into effect on Tuesday, a move that could cost Australians hundreds of dollars in support, according to the Australian Council of Social Service.

CEO Cassandra Goldie said it was "dreadful penny pinching" from the federal government, reducing weekly payments from $750 to $450 for people doing 19 hours or less of work per week, and removing it entirely for those doing under eight.

Arbitrary & dangerous changes made by the Fed Gov to paid pandemic leave this week will force thousands to work while sick.

"Not only do people need to deal with the stress of contracting the virus and worry of transmitting it to their loved ones, but many will also now receive less or no income support because of this," she said.

"Rather than cutting the payment at the height of the pandemic, we urge the government to expand it."

Dr Goldie says one-in-four people on income support are working paid jobs but would not qualify for the payment if they caught COVID.

Minister for Emergency Management Bridget McKenzie said the changes would ensure the payment remained targeted and available for those who need it most.

Cases have began to plateau in some parts of the country and the South Australian premier says the state has likely reached its peak, providing residents continued COVID-safe behaviour.

The plateauing in cases was also referenced by Health Minister Greg Hunt, who said there are clear signs new infections are flatlining in NSW and the ACT.

Both the Victorian and Queensland chief health officers also predicted an imminent peak of cases, noting the hospitalisation peak would lag by around two weeks.

NSW's COVID-19 death toll is continuing to rise, but Premier Dominic Perrottet has warned lockdown is "the only alternative".

The state reported another 17 deaths on Monday, taking the number over the previous five days past 100.

A record 2776 virus patients are in hospital - 203 in intensive care and 61 of them ventilated.

But the premier on Monday said there was nothing more he could do to stop the spread of the virus, shy of a lockdown.

"The best way out of this pandemic is to continue to stand strong and to push through," he told reporters.

"It's not the easy approach but it's the right approach. The only alternative is to go into lockdown."

Lingering symptoms? You might be suffering from a kind of 'medium COVID', an expert explains. https://t.co/OVy723Vc6J

Minutes earlier a senior Sydney doctor warned health care workers are exhausted as thousands of patients are admitted each day.

"Our capacity to manage everything else has ... really changed," said lung specialist Lucy Morgan, who works at Nepean and Concord Hospitals, on Monday.

"In the short term, that's OK. But in the long term, and (the pandemic has lasted) two years now, this is bad."

Whether it's a hangover from the Novak Djokovic saga or the swirling threat of Omicron, fans have shunned day one of the Australian Open at Melbourne Park.

After 10 days dominated by Djokovic's visa fiasco, which led to the defending champion and top seed being deported from Australia before a ball toss, the Open looked to have lost its usual lustre.

The Victorian government announced last week crowd capacity would be capped at 50 per cent during the next fortnight in line with the state's COVID-19 protocols.

A lot of empty seats at the first match of this year’s @AustralianOpen pic.twitter.com/Tb5WaE83iK

In another deterrent, those who did venture out to Melbourne Park were greeted by long lines for a vaccination certificate check with only the double vaxxed permitted through the gates.

The normally bustling garden square resembled a ghost town on Day 1 on Monday, leaving entertainers to perform to just a few.

World No.1 Ash Barty has stormed into the second round, ruthlessly beating Lesia Tsurenko 6-0 6-1 in an early statement victory.

A distress signal has been detected in an isolated, low-lying group of islands in the Tonga archipelago following a massive volcanic eruption and tsunami, the United Nations said, prompting particular concern for its inhabitants.

Initial reports suggested no mass casualties on the main island of Togatapu, but two people were reported missing and the capital Nuku'alofa was badly damaged in Saturday's event, as were resorts and homes along the island's western beaches, it said.

The OCHA said there had been "particular concern" about two small low-lying islands - Fonoi and Mango, where an active distress beacon had been detected. According to the Tonga government, 36 people live on Mango and 69 on Fonoi.

The body of a UK woman in Tonga who went missing in the tsunami was found. Family say Angela Glover died while trying to save dogs at her shelter.

International communication has been severely hampered by damage to an undersea cable, which could take more than a week to restore, and Australia and New Zealand were assisting with satellite calls, he said.

Katie Greenwood, the Pacific head of delegation for the International Federation of Red Cross and Red Crescent Societies, told Reuters up to 80,000 people could have been affected by the tsunami.

The search for a missing nine-year-old in rugged bushland in the NSW Blue Mountains has entered its fifth day.

She was reported missing on Friday morning, with her parents telling police they last saw her on Thursday at a property at Mount Wilson, 20km north of Katoomba.

More than 100 police and emergency personnel - including dog units, homicide detectives, rescue choppers and the SES - are scouring terrain RFS volunteers described as "extremely rugged with very thick bush in parts" for the schoolgirl.

A stretch of the Hawkesbury River was also searched, after police on Saturday seized a white boat from the property she disappeared from.

- A small but noisy band of supporters have met Novak Djokovic at Belgrade airport following his deportation from Australia.

The world No.1's mother told the official Tanjug news agency her son will not make statements for the media in coming days.

- Tickets for the upcoming Winter Olympics in Beijing will be distributed to "targeted" groups of people and not sold to the general public due to the COVID-19 situation.

- At least 22 people have been killed after back-to-back earthquakes hit the western region of Afghanistan.