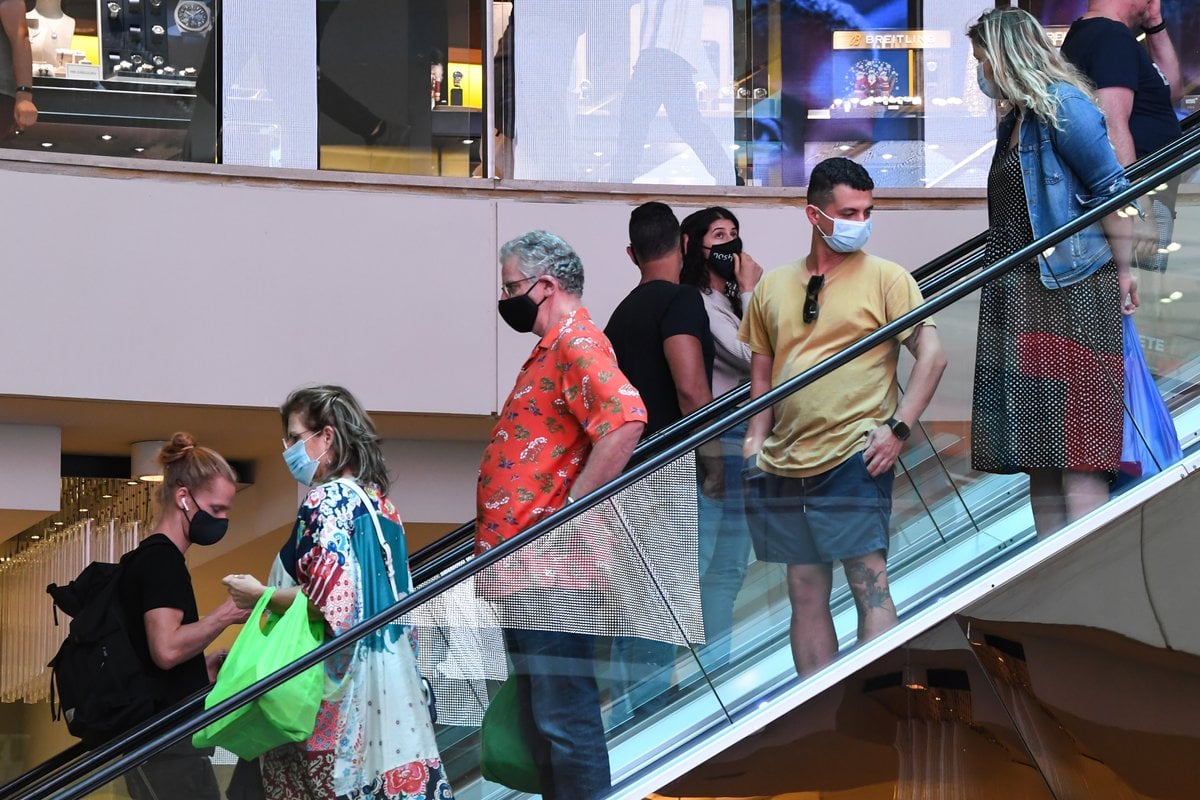 The Bondi coronavirus cluster has grown to nine positive cases, as Sydneysiders have been warned that testing rates are "nowhere near" what they should be.

One was a man in his 30s who lives in the Sydney CBD and attended Westfield Bondi Junction at the same time as the driver who is believed to be the source of the outbreak. The second case was a household contact of a previous case.

Since 8pm last night, NSW Health has notified the public of two more community cases, which will be recorded in tomorrow's numbers.

Due to the growth of the outbreak, NSW Premier Gladys Berejiklian has introduced new restrictions. Residents of seven local government areas - Randwick, Bayside, Botany Bay, Inner West, City of Sydney, Waverley and Woollahra - are now required to wear masks indoors unless they are eating or drinking. 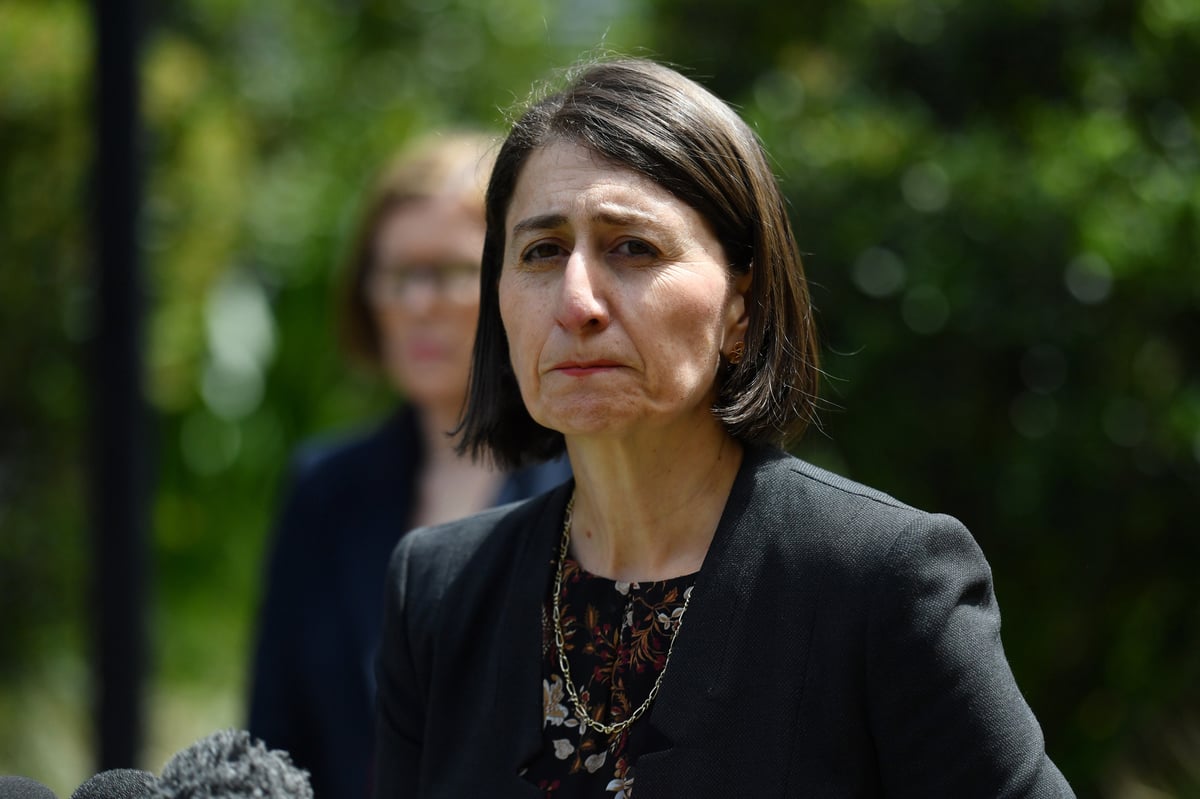 Gladys Berejiklian has asked for more people to get tested in light of Sydney's COVID outbreak. Image: Getty.   It's understood the virus spreading is of the Delta variant. Here's what else you need to know.

How did they Sydney outbreak start?

On Wednesday, a man in his 60s, who works as a driver for an international flight crew, tested positive after a daily saliva swab test.

For five days, the man was infectious while active in the community, with several exposure sites in Bondi Junction, Vaucluse, and North Ryde.

Of key concern for contact tracers is Bondi Junction Westfield, with authorities asking anyone who was in at the shopping mall in any of the stores and even in the car park on June 12 and June 13 to get tested. 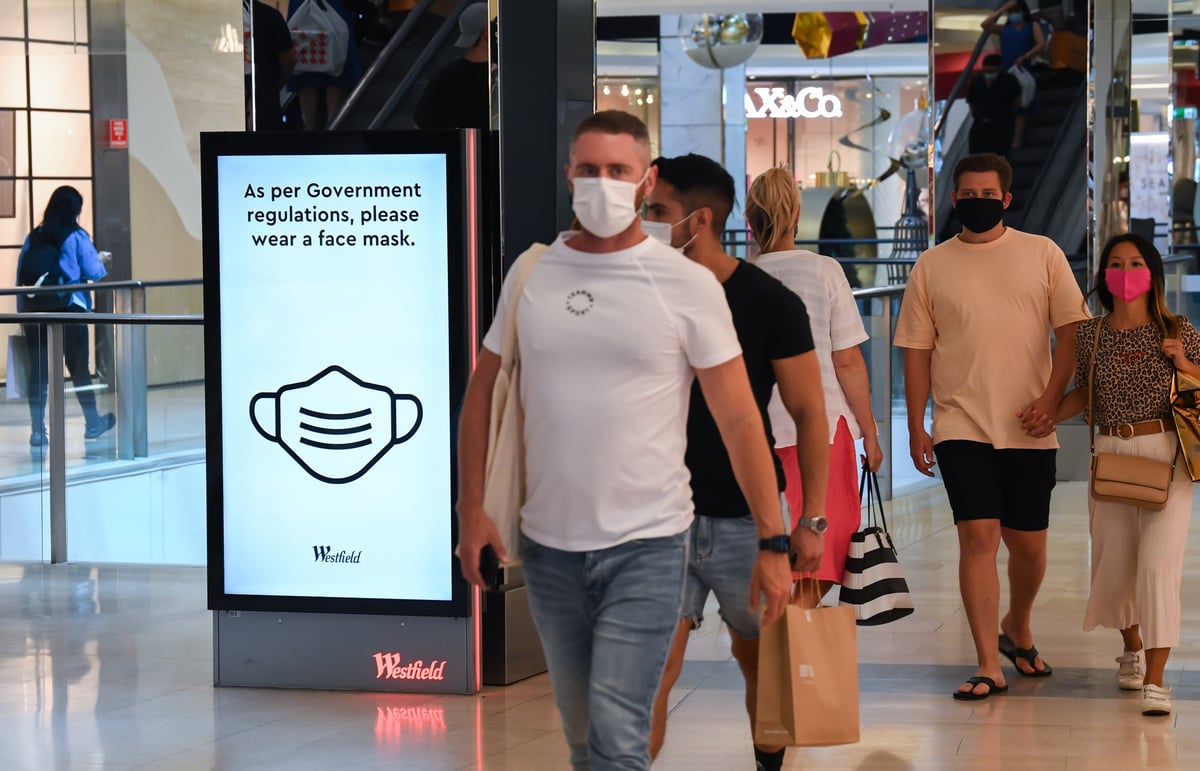 The Sydney cluster has now grown to nine, as masks have been mandated in seven local government areas. Image: Getty.

It comes after man in his 50s caught the virus whilst shopping at Myer Bondi Junction at the same time as the positive case, however authorities could not identify when they came into contact.

NSW has investigated CCTV footage of the store, and can only find a 'fleeting moment' during which transmission could have occurred.

"That means the acquisition is probably occurring as people are moving about the Westfield Bondi Junction. That gives us cause for concern because it means we may not have identified people," Dr Kerry Chant said on Sunday.

"In essence, we want to redouble our efforts to get testing of anyone he was in Westfield Bondi Junction - including the car park - on June 12 and June 13."

What is the Delta variant?

The Delta variant of COVID-19 is a version of the virus first detected in India in October 2020. It's now the dominant variant both there and in the United Kingdom.

The World Health Organisation designated new names for different variants of the virus using the Greek alphabet, from Alpha through to Kappa. The system is designed to prevent stigma, but also reflects that many of the variants spread well beyond the country in which they were first detected.

The Delta variant is also among four to have been declared "variants of concern" by the WHO, as it is twice as infectious as the original Wuhan-originating version of COVID-19 that was responsible for Australia's second COVID-19 wave in 2020.

Studies have proven the Pfizer and AstraZeneca COVID-19 vaccines are highly effective against this strain of the virus, with authorities urging eligible Australians to be inoculated.

Authorities not pleased with testing rates.

Authorities are concerned about the lack of testing in Sydney, after NSW saw just 24,468 tests yesterday.

Dr Kerry Chant says she would like to see more than 30,000 tests conducted today.

To encourage more testing, people without symptoms who have not been identified as casual contacts have not been asked to self-isolate as they await test results.

“People who don’t have symptoms and have not been at a specific exposure venue listed don’t need to isolate but we ask you to just basically stay at home, only go out where you need to essentially, and the reason we’re giving that different message is because I don’t want to put any barriers to people attending for testing," Dr Kerry Chant explained.

Reply
Upvote
Where is the evidence that either is effective against the delta variant? I have been reading the opposite regarding how it has spread so fast in the UK and other countries with high vaccination rates.
D
daijobou a year ago

Reply
Upvote
@katp what I have read is that it is still spreading, but hospitalizations are very low among the vaccinated.
C
cat a year ago

Reply
Upvote
@katp those countries prove how effective it is. The UK have rising infections, but dramatically decreasing hospitalisations. In fact Public Health England's study of 14,000 cases has shown that AZ is 92% effective against serious illness and death from Delta, which is actually higher than against the original strain. Pfizer is 96% effective. Out of the 14,000 infections they studied there were only 122 hospitalisations.
806 people were hospitalised with Delta in the UK last week. Only 84 were vaccinated. Considering their vaccination rate is now almost 50%, clearly the vaccine is protecting people.
K
katp a year ago