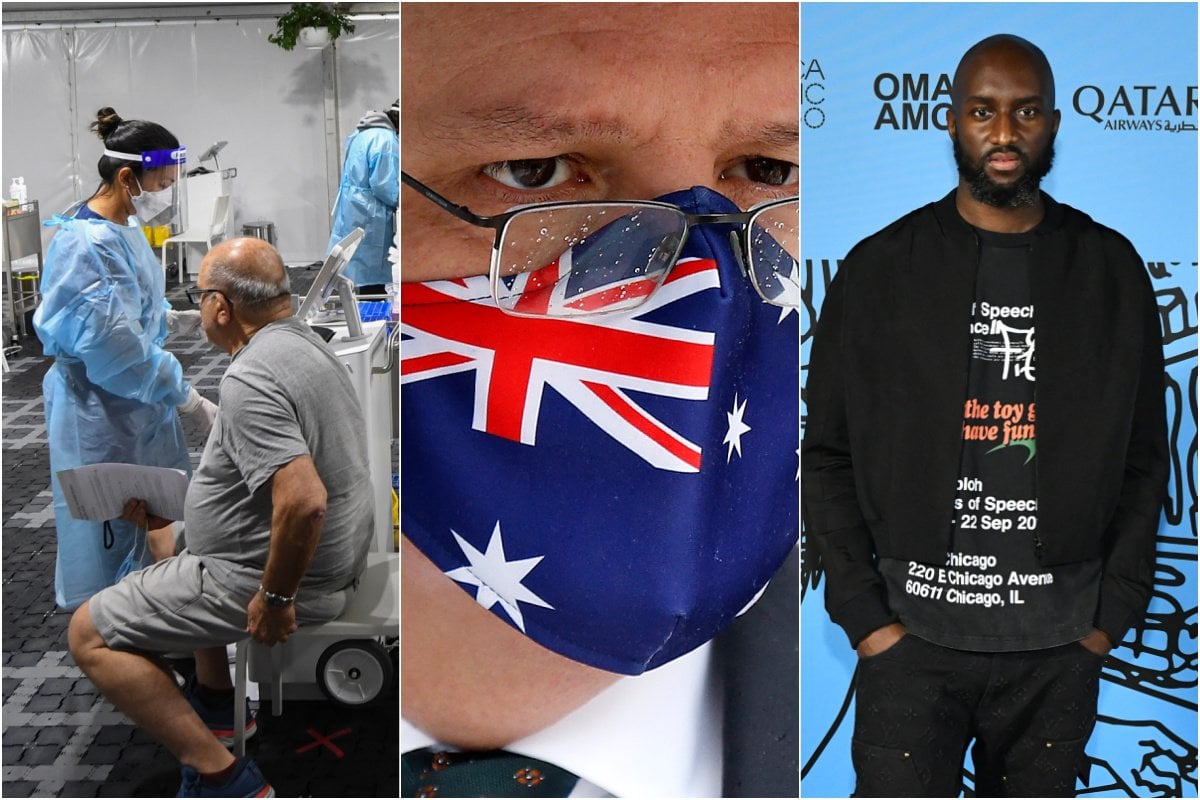 Omicron variant has arrived in Australia.

The Omicron variant of COVID-19 has reached Australia, with genomic testing confirming two overseas travellers who arrived in Sydney from southern Africa have been infected.

Both passengers arrived on Saturday night and are in isolation in the Special Health Accommodation. Both are fully vaccinated.

The two passengers were among 14 people from southern Africa who arrived on Qatar Airways QR908, Doha to Sydney, with the remaining 12 undertaking 14 days of hotel quarantine.

Australia has shut its borders to nine southern African countries and states have brought in new rules for international arrivals amid concern over Omicron.

In response to Omicron concerns, any international arrivals into Victoria, ACT and NSW will now be required to self-isolate for at least 72 hours, regardless of vaccination status. https://t.co/DqnuAIwP60

In total, NSW reported 185 new infections on Sunday but for a consecutive day, no new deaths were reported.

In Victoria, 1061 new cases were announced and four more deaths, while there were seven new infections in the ACT.

There were also four new cases detected in the Northern Territory, where the remote community of Lajamanu will stay in lockdown until December 11 after the virus was detected in wastewater.

LVMH said Abloh, 41, had been battling cancer privately for years.

"Virgil was not only a genius designer, a visionary, he was also a man with a beautiful soul and great wisdom," LVMH's billionaire boss Bernard Arnault said in a statement.

Abloh, a US national who also worked as a DJ and visual artist, had been men's artistic director for Louis Vuitton since March 2018.

In July this year, LVMH expanded his role, giving him a mandate to launch new brands and partner with existing ones in a variety of sectors beyond fashion.

LVMH, Louis Vuitton and Off White are devastated to announce the passing of Virgil Abloh, on Sunday, November 28th, of cancer, which he had been battling privately for several years. pic.twitter.com/CytwZLvSFu

A statement on Virgil Abloh's Instagram page said the family were devastated at the loss.

"He chose to endure his battle privately since his diagnosis in 2019, undergoing numerous challenging treatments, all while helming several significant institutions that span fashion, art, and culture.

"Through it all, his work ethic, infinite curiosity, and optimism never wavered."

The Morrison government will introduce legislation this week to crack down on abuse and bullying on social media.

Under the laws, platforms will be forced to expose the identity of individuals who anonymously post defamatory or derogatory material.

"The online world provides many great opportunities but it comes with some real risks and we must address these or it will continue to have a very harmful and corrosive impact on our society, on our community," Scott Morrison told reporters on Sunday.

'The online world should not be a Wild West where bots and bigots and trolls can harm people.' The federal government will introduce legislation to crack down on abuse and bullying on social media platforms. https://t.co/rfnMZiBTMF

The government is seeking a complaints mechanism where if somebody thinks they are being defamed, bullied, or attacked on social media that they will have an opportunity to require the platform take it down.

If the platform refuses to comply there will be court processes allowing that person to require the platform provide details of the abusive or defaming identity.

"The online world should not be the wild west where bots and bigots and trolls can (be) anonymously going around and can harm people and hurt people, harass them and bully them and sledge them," said Morrison.

A woman is fighting for life in hospital after she was allegedly assaulted and her 11-month old baby abducted on the Gold Coast.

Police found the baby boy unharmed seven hours after the attack and have arrested and charged a 34-year-old man with inflicting grievous bodily harm.

An amber alert was activated after officers were called to an apartment complex at Southport following reports of a disturbance, shortly after 5pm on Saturday.

Finding the woman unresponsive, they established a crime scene.

Detectives are expected to allege the Crestmead man removed the infant from the location before police arrived.

A young mother is fighting for life tonight after a man allegedly strangled her, and took off with an 11-month-old baby on the Gold Coast. It sparked an amber alert, with the desperate hunt lasting several hours. https://t.co/1Ts9GwpdwK @georgiacosti #7NEWS pic.twitter.com/ohyYqxtz1h

The child was located safe and well around midnight and the man was arrested in Oxley shortly after 12.30am.

A grey Mazda CX9 has been seized by police as part of ongoing investigations.

The 25-year-old woman was taken to Gold Coast University Hospital with life-threatening injuries and remains in a critical condition.

The man has also been charged with strangulation and is scheduled to appear before Richlands Magistrates Court on Monday.

NSW performs a dozen flood rescues over the weekend, as rain continues.

Emergency services volunteers have been forced to perform an "unacceptable" number of flood rescues across NSW as rising waters drive residents from their homes in the Upper Hunter.

Dams and rivers are overflowing across the state after a month of heavy rainfall.

State Emergency Services volunteers were called upon to rescue 12 people from floodwaters overnight, with 120 rescues performed since the heavy rain set in.

Premier Dominic Perrottet said that number was too high.

Driving through flood waters "puts the lives of those flood rescue teams at unnecessary risk, it is also putting your own life at risk", Emergency Services Minister David Elliott added.

The SES received 300 requests for assistance in the 24 hours to Sunday morning, Commissioner Carlene York said.

She said the weather had been a "significant event" across the state.

"All our dams are full and some are on white alert, which means they're going up to capacity," she said.

"The rivers are full and the ground is quite saturated."

An unvaccinated WA Police officer has launched legal action in the Supreme Court against the state government's COVID-19 vaccination mandate.

All WA Police employees to have had at least one dose by Wednesday in order to enter police stations and vehicles.

Unvaccinated officers will have their pay stopped from mid-week, and could face job losses after that.

A lawyer representing 30 WA police officers says the mandate is a disproportionate response to the virus because of WA's hard borders.

- The South African Medical Association chair who discovered the Omicron variant of COVID-19 has said there is too much "hype" around it, as governments slam borders shut and reimpose travel restrictions around the world.

"Looking at the mildness of the symptoms that we are seeing, currently there's no reason for panicking as we don't see severely ill patients," Dr Angelique Coetzee said.

- Allegations that American pop star Katy Perry is infringing on the trademark of a similarly named Sydney designer will be heard by the Federal Court this week.

- A pregnant NZ politician has cycled to hospital while in labour and given birth to her second child an hour later.