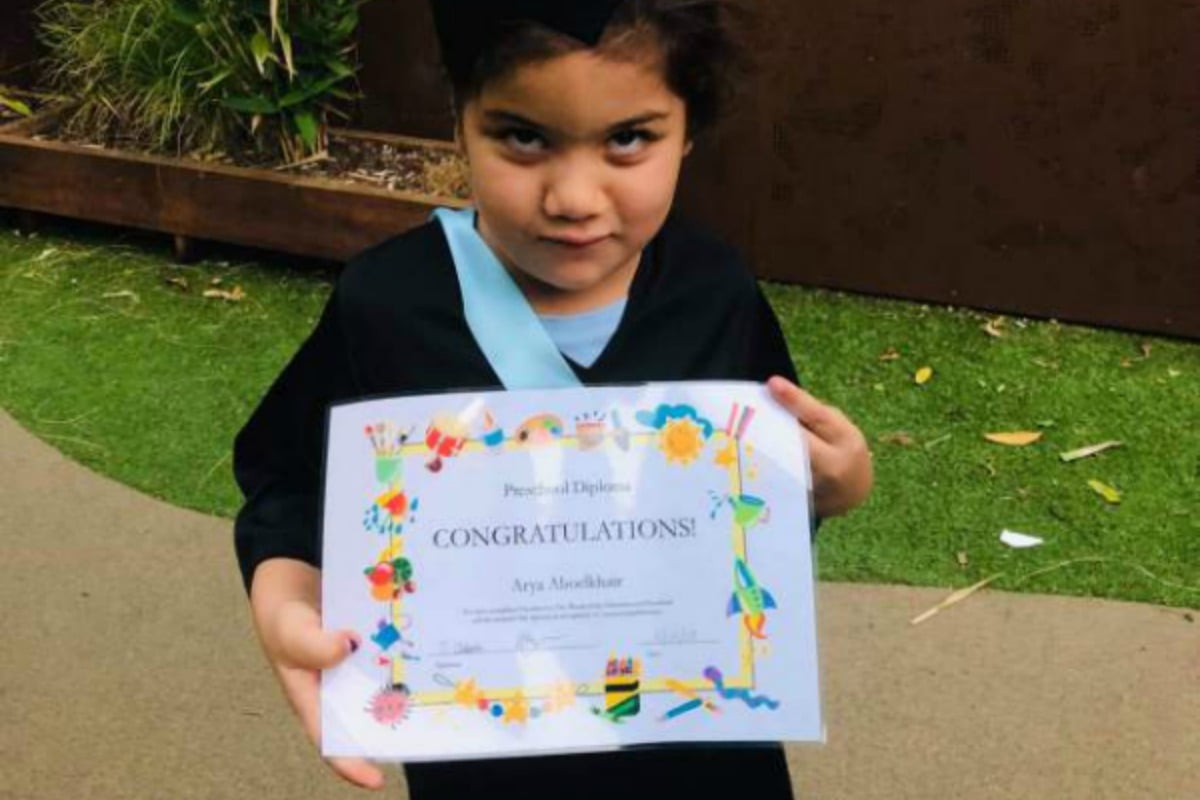 My little girl is a graduate! Yes, it was from preschool and everyone graduated… but I am still proud. Being such an emotional time, it made me think back to my five-year-old’s first day of childcare.

I proudly outsourced parenting at eight months. No guilt here. I was the mum that would find herself driving towards the centre an hour before closing – then detour, and spend that blissful ‘bonus hour’ drinking a coffee at the nearby coffee shop all by myself.

But reminiscing and calculating mind combined was in emotional overload and then maths took over. While my little cherub was accepting her diploma (which she was annoyed her early childhood educator had signed), I did the rough maths.

Four and and a half years of childcare at $125 to $85 a day (before subsidy). This laminated piece of paper my daughter was holding had cost us over $75,000.

That's not to mention the public holidays I paid for in that time – which the centre was not open for. Wait, have I paid over $6,000 of my hard earned cash in the last four years to mind my own child on public holidays? Yes. Yes I have.

I feel the next obvious question is – have people studied under trained professionals at university and become doctors, engineers, and lawyers for less in the same time period? Google tells me the answer is hell yes. And that they got change from their $75,000.

Early learning educators are also among the lowest paid professionals in Australia, earning as little as $21 an hour. So where exactly is all of our money going? Something is wrong here. Very wrong. But at least we have the laminated diploma, right?

This story was originally published on Motherhood Sux and has been republished with full permission.

believe the author is comparing the cost of the "kindergarten degree" with the current university costs for degrees which take the same amount of study time. doctrate law engineering etcetera. which makes sense. if you sent your child to uni for 4 years and spent seventy-five thousand you would want a worthwhile degree.
amount carers make is secondary point.

Except that she seems to be implying that your child being happy, safe, supervised, cared for and learning life essential skills at preschool is less valuable than what a doctor or an engineer learns? Sounds like it’s worth at least as much as a law degree to me, in fact it sounds like something you couldn’t possibly put a value on.

In fact, if we broke it down into contact hours it would be about 4 law degrees which would be around $120- 160k in Australia. So really if we want to make irrational comparisons we should probably look at increasing the cost of preschool.

The comparison to the engineers, doctors etc is not at all relevant.
Please also do a bit of research before making empty comments such as 'where does my money go'. There are a lot of costs that go into running a childcare centre and it doesn't take much research (and thought) to realise this.