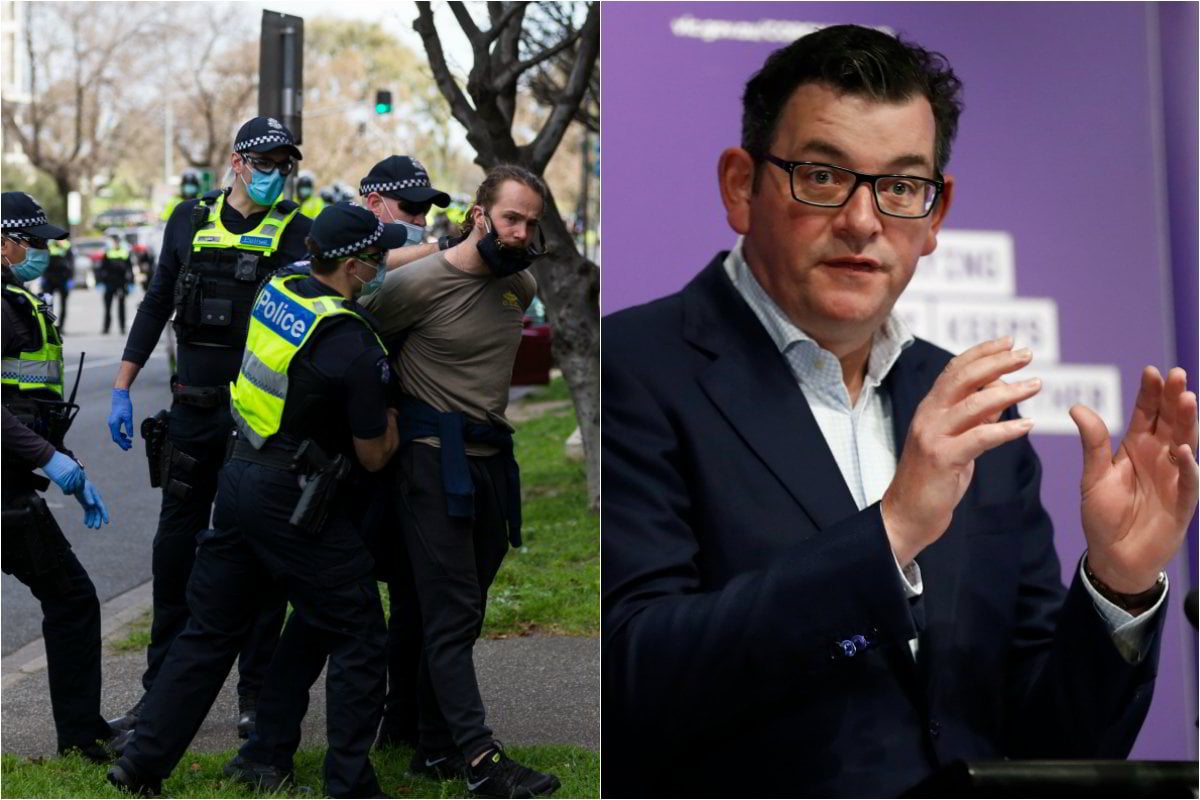 VIC records 63 new cases, as Premier prepares to outline roadmap out of lockdown.

On Sunday, Victoria recorded 63 new coronavirus cases in the past 24 hours, marking the third consecutive day the state has seen less than 100 new cases.

They also recorded five more deaths due to the pandemic, taking the state's total fatalities to 666 and the national death toll to 753.

The news comes as Victorians are warned that daily coronavirus cases might not be low enough by mid-September to safely ease restrictions, raising the prospect of more time under lockdown.

University of Melbourne modelling says based on current levels of social distancing, the 14-day case average is likely to be around 63 cases by the middle of September.

The modelling released by the state government overnight argues re-opening at this point would risk a resurgence, undoing all the gains achieved from lockdown.

The restrictions, which were imposed for six weeks in August, are due to end on September 13 - although this may change depending on Premier Andrews' announcement.

The government held meetings late into Saturday night to nail down how and when Melbourne and regional Victoria will come out of their lockdowns.

Daniel Andrews' press conference is expected to be held after midday on Sunday.

On Saturday, hundreds of people took to the streets of Melbourne and Sydney to protest coronavirus restrictions across Australia in light of Victoria's stage four lockdown.

Despite the restrictions and warnings from health authorities, a crowd gathered at the Shrine of Remembrance in metropolitan Melbourne before walking to Albert Park Lake. ﻿

Violent scuffles between protesters and police broke out resulting in police arresting 17 people and handing out more than 160 fines.

One protester was charged with assault after an officer suffered cuts to the head during the anti-lockdown rally in Melbourne.

"Despite all the warnings, it was disappointing to see individuals turn out to protest in the city today, putting the lives of Victorians at risk," a police statement said.

A photographer at the scene says a man punched officers at the city's Shrine of Remembrance before being fitted with a mask and handcuffs.

Later at Albert Park, police reportedly surrounded a group of about 30-50, pushing some to the ground.

Some of the demonstrators carried placards with anti-government sentiments and at one stage were singing the national anthem.

Protests were also held in Sydney's Hyde Park and Olympic Park, in solidarity with Melbourne demonstrators. Several people were arrested for not complying with police and many more were issued fines.﻿ 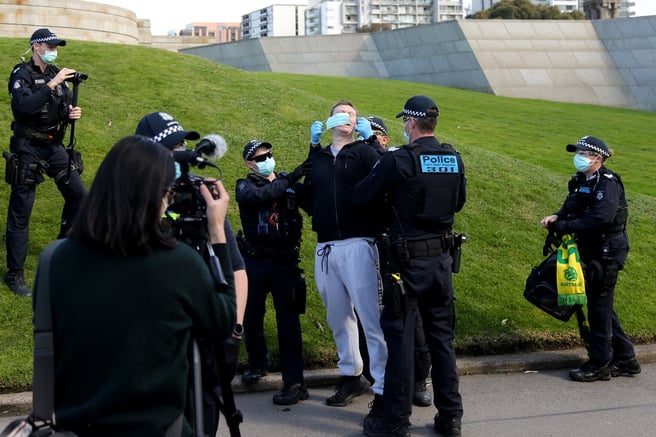 Police arrest a man during the Anti-Lockdown Protest on September 05, 2020 in Sydney, Australia. Image: Getty.

Potential exposure to COVID-19 continues in Sydney after two cases were linked to a CBD medical centre.

Staff and some patients at Hyde Park Medical Centre on Liverpool Street have been advised to isolate and get tested.

It comes as two year seven students have also tested positive to COVID-19 at Kincoppal-Rose Bay School in Sydney. The school will close on Monday for cleaning.

Meanwhile, France is leading Europe's second wave of coronavirus cases as the country has recorded almost 9000 new COVID-19 cases, setting a record since the beginning of the pandemic.

Health authorities said in a statement on Friday that there had been 8975 new confirmed cases - almost 1500 higher than the previous March 31 daily peak of 7578 when France was in one of Europe's strictest coronavirus lockdowns.

The surge in parts of France, which is partially due to increased testing, has meant a dozen schools have been forced to close just days into the new academic year.

As the rise in infections has mainly affected young people, who are less likely to develop complications, there has so far been less strain on French hospitals which were almost overwhelmed at the end of March.