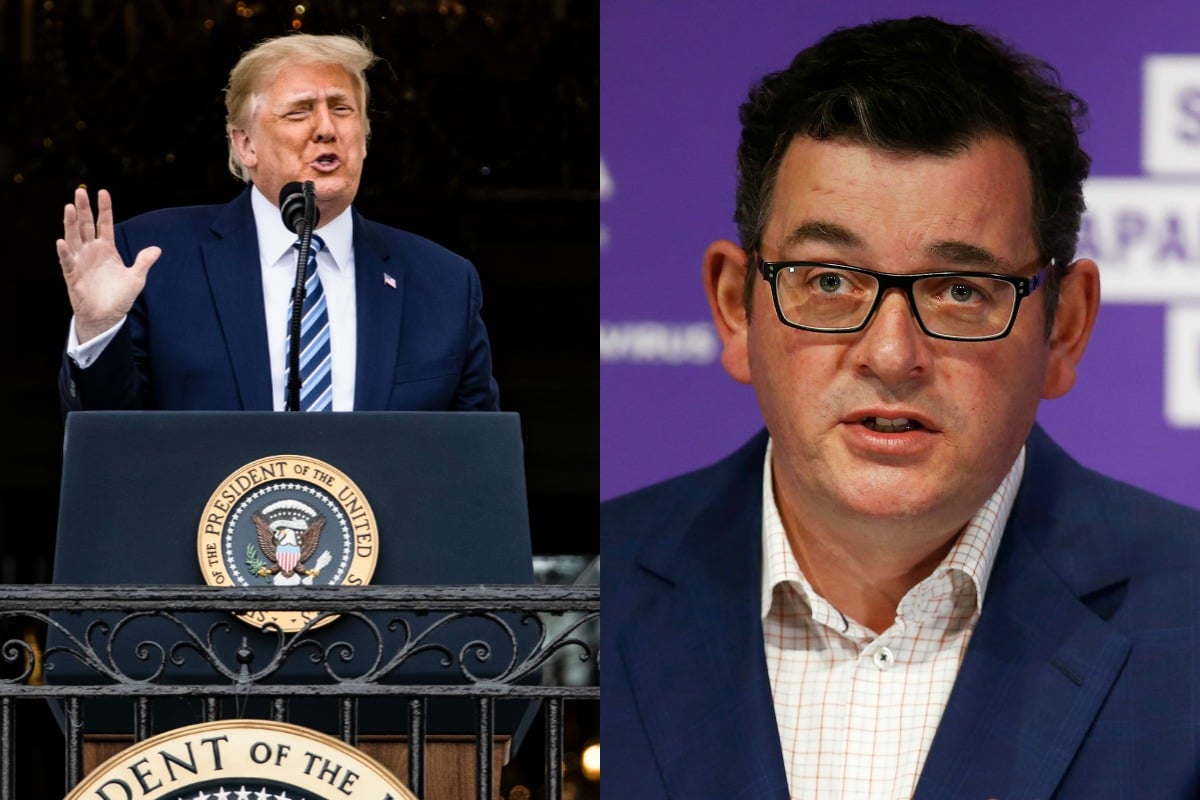 On Sunday, Victoria recorded 12 new cases and one death in the past 24 hours.

The latest figures ends a three-day stretch without a fatality and bring the state's total death toll to 810.

The 14-day average has now dropped to 9.3 for Melbourne, where there are currently 10 cases without a known source.

Yesterday there were 12 new cases & the loss of one life reported. The 14 day rolling average is down slightly and cases with unknown source remain stable in Metro Melbourne. More data will be available later today. Info: https://t.co/eTputEZdhs #COVID19Vic #COVID19VicData pic.twitter.com/64CTaju3WX

However, Premier Daniel Andrews announced he has extended the State of Emergency and State of Disaster from tonight to 11:59pm on November 8.

"That is simply to make sure that we've got that legal framework in place in order to continue to have rules, to drive these numbers down even further. That's simply a four-week extension," he said on Sunday.

Melbourne restrictions will not ease as quickly as planned.

Victorian Premier Daniel Andrews has called on Melbourne residents not to lose hope as COVID-19 clusters draw out the state's second wave.

Melbourne's two-week rolling average needed to drop to five, with less than five mystery cases, for the city's lockdown to ease in line with regional Victoria on October 19.

This would see restrictions removed on people leaving their homes, public gatherings of up to 10 people allowed and increased trading for hospitality and retail stores.

However, given the persistent "tail" of infections from the second wave, the premier said that restrictions will not ease as quickly as planned but steps will still be taken.

"We always want these numbers lower, faster," he said on Saturday.

"We've just got to be as stubborn as this virus. We will beat this second wave, but we've got to do it properly."

Chief Health Officer Brett Sutton said he was optimistic about the possibility of eradicating community transmission from the state.

"It's all of the immediate responses to clusters, and if you can get on top of each of those and wrap the public health response around each and every one of those, then you end those chains of transmission and they're gone forever," he said on Saturday.

Sutton said a cluster linked to Box Hill Hospital had grown to 10 with five new cases from one family.

A Kilmore cafe cluster has grown to six on Saturday but the Chadstone Shopping Centre outbreak, to which it is linked, recorded no new cases.

US President Donald Trump has made his first public appearance at the White House after being diagnosed with COVID-19.

Standing alone and not wearing a mask, Trump spoke from the White House balcony on Saturday at an event called "a peaceful protest for law and order".

His appearance, which comes amid continued questions over whether he is still contagious, is seen as a first step toward resuming full campaigning next week.

The White House has not released the results of Trump's latest COVID-19 test and has declined to say when he last tested negative. On Friday, a White House spokeswoman said Trump would be tested for COVID-19 and would not go out in public if it was determined he could still spread the virus.

It was the first public event Trump has held since he was released from a three-night stay in hospital on Monday.

A birthday party in Melbourne's southeast has cost guests more than $20,000 in fines after they were found ignoring COVID-19 restrictions.

Victoria Police were called to an apartment in Bentleigh early on Saturday morning after receiving reports of a party.

When they arrived, officers found a party with about 20 guests who were not wearing masks or social distancing.

Police said several people climbed onto the roofs of neighbouring businesses to flee, with four found hiding on a roof and fined.